The works of self-taught artist Martín Ramírez (1895-1963) have numerous admirers, from well-known art critics and curators to folk art collectors and those who are interested in the psychology of the arts. One reason for the fascination with Ramírez, who in 1925 emigrated from Mexico to the US, is that he spent nearly half of his life in Californian mental institutions. Until recently, few people knew much about his life in Mexico and early years in the states. Now that a biography has been pieced together, the American Folk Art Museum in New York has staged a retrospective for the artist. This is the first large-scale show of Ramírez's work (97 pieces) in New York, and the first retrospective in two decades.

Brooke Davis Anderson, Director and curator of the museum's Contemporary Center, developed the exhibit on a premise that spirals in many directions, mirroring the effect of Ramírez's intricately crafted pictures. Anderson poses the question of how categorizing Ramírez as a schizophrenic, self-taught 'outsider' artist has isolated him from mainstream art history. As a displaced immigrant suffering the pain, poverty and isolation of living between two worlds - traditional Mexican culture and a modernizing America - Ramírez himself certainly was marginalised. Yet the technical finesse of his works and the way in which he layered his personal experiences in images that have broad appeal recall the most culturally perceptive, self-aware, witty and skilled artists of the twentieth century.

The notion of mental illness is as complicated as the label 'outsider'. Adolf Wölfli (1864-1930) and Henry Darger (1892-1973) come immediately to mind, but many others have fallen into a category that, by definition, places them outside serious consideration as fine artists. Ramírez's works reveal far more than a parallel, self-created reality. They tell a life story in which experience, memory and time overlap; and they provide a more genuine expression of how the features of our lives colour the world and our places in it. Perhaps a linear chronology of Ramírez's life, which appears on a wall plaque outside one gallery, is unnecessary. The works themselves demonstrate that for Ramírez, as for every human being, time periods shift as memory takes over to form a collage of pivotal life experiences. At this point, no one can say whether Ramírez was, in fact, mentally ill or merely - but extremely - de-stabilised by the hardships and disappointments that marked his life.

Taking an interdisciplinary approach, Anderson invited professionals with different specialties to provide essays for the wall texts and exhibition catalogue: sociologists Victor M Espinosa and Kristin E Espinosa, who have spent 15 years researching Ramírez's life; curator Daniel Baumann, whose comments reflect the history of mainstream art and art brut; and art historian, curator and critic Victor Zamudio-Taylor, who places the artist's imagery within contemporary Mexican culture and Mexican-American art. Each of the participants offers thoughtful, often surprising, views of Ramírez's main themes - horsemen, trains and cars, tunnels, cowboys, animals and madonnas. They also discuss his collages, which are an unusual mix of traditional imagery and American popular culture. All contributors will appear at a symposium scheduled for the end of April.1

One critical commonality of most self-taught, 'outsider' artists is that they need an 'insider' to gain recognition for their art. Otherwise, their main audience remains their closest associates. For Ramírez, that meant other patients at, first, Stockton State Hospital and then, after 1948, at DeWitt State Hospital in Auburn near Sacramento. There, he spent the last 15 years of his life working on nearly 300 drawings. At one point, Ramírez was in a tuberculosis ward. Because of the way he created his work (he pieced together drawing surfaces from such materials as paper cups, candy wrappers, cards, and examining table tissue paper, held together with a mixture of oatmeal, bread and saliva), the institution's personnel considered the art to be contaminated. Fortunately, in the early 1950s, Ramírez met his first champion, Tarmo Pasto. Born in Pennsylvania to Finnish immigrants, Pasto (1906-2000) received his PhD in 1944 from Cornell University. In 1948, the young professor and artist began teaching at Sacramento State University.

Subsequent promoters of Ramírez's work include Chicago artist Jim Nutt, who taught at Sacramento State with Pasto, and art dealer Phyllis Kind. From Pasto, Nutt and Kind purchased most of Ramírez's drawings. Pasto's contribution to the survival of Ramírez's legacy is profound. He supplied art materials to the artist, arranged for a number of local exhibits and even one in New York, at Syracuse University.2In 1955, he sent ten drawings to the Guggenheim Museum. In 1997, those drawings were placed into the Guggenheim's collection and appear in this retrospective. More recently, the Espinozas have taken on Ramírez's cause as biographers.

Although great gaps remain in the chronology of the artist's life, it is known that Ramírez was born in a very religious and conservative part of Mexico, Los Altos de Jalisco in west-central Mexico. Before leaving Mexico in August 1925 to seek work in the USA, Ramírez had married and fathered three girl children. In February 1926, with her husband out of the country, his wife gave birth to their only son. From 1925 to 1930, Ramírez worked on the railroad and in the mines of northern California. It seems that the first traces of his abilities appeared during these years, small drawings in the margins of letters to his family. In 1931, San Joaquin County police officers found him homeless, hungry and disoriented and took him to Stockton State Hospital. Doctors there diagnosed him as manic-depressive. During the next few years, Ramírez made a number of escapes from confinement but, finally, in 1934, he returned on his own and thereafter remained in the institutional system. For all of that time, he did not speak. It seems as if this was a choice and not a disability. Ramírez spoke Spanish and may have preferred to express himself in ways that make translation unnecessary. His works transcend verbal communication and convey, within a single picture, the essence of a lifetime.

To understand Ramírez, one must have a sense of the changes he experienced in Mexico and the USA. From 1926-29, a vicious struggle between church and state tore Mexico and its people apart. Reacting to the anti-clerical Mexican Constitution of 1917, the rebels waged what they thought of as a holy war. Ramírez was a Roman Catholic, attended mass and sided with the rebels. The Ramírez home was destroyed in the conflict and his family lost everything; when Ramírez received news from home, somehow he decided that his wife had joined the militant government. At that point, it appears, he gave up hope of returning to his homeland. Later, in 1952, when a nephew visited him at the hospital, Ramírez was unwilling or unable to make much of a connection.

The known details of Ramírez's life and his unorthodox method and materials are fascinating, but what about his art? His skill as a draftsman is unquestionable. Within a flat picture plane, his scroll-like renderings have depth, perspective and a grandeur that cannot be attributed to size alone. Some of the pieces are mural-size, and one imagines the artist on hands and knees, working under a table, piecing together his work surfaces. He is surrounded by his other favored tools: a matchstick to use as a brush; a tongue depressor for a straight edge; and crayons, fruit juice, shoe polish and images cut from magazines. With these, he drew pictures that have an internal, frenetic sense of movement; lines move up or down and trains or cars move horizontally, but the net effect is of stasis. Living in California during the first half of the 20th century, when railroads were connecting far-flung areas of the country, Ramírez was bound to be unsettled by the speed of change. In fact, he both embraced and resisted change. In his work, there is a sense of push and pull, of rejection and recognition, recorded by a keenly sensitive observer.

The obsessive character of his drawings is matched by Ramírez's obsession with certain figures. The jinete, or horse and rider, madonnas and trains are among his personal and cultural icons. These are framed in arches and niches, as if on stage. Others have suggested that the hospital's theater inspired these devices, and that the appearance of traditional Mexican symbols with contemporary American imagery indicates the merging of these cultures in the lives of Mexican immigrants. Ramírez's pecular rendering of the madonna figure alone is worthy of endless speculation. Is his blonde madonna a pastiche of Mexican and American influences, or a woman he remembered from home? (Los Altos de Jalisco had a number of blonde residents.) Some of the images can seem repetitive, but overall the individual treatment of recurring subjects allows viewers to grasp the extent of the artist's resources.

Ultimately, viewing Ramírez's works requires an ability to analyse and to suspend thinking. His life and art contain enough grist for countless studies, essays, thematic treatments and monographs. Perhaps viewers would do best to borrow a strategy from the artist and to silently consider the wit, intelligence, pathos, and invention of the legacy he left. That legacy is the strongest evidence for granting Ramírez a prominent place in art history.

Footnotes
1. The symposium 'Culture in Context: Self-Taught Artists in the Twenty-First Century' takes place on Friday 27 April and Saturday 28 April 2007 and is centered on four issues connected to notions of 'self-taught': artistic authenticity, intentionality, biography and connection to culture. For more information, go to www.folkartmuseum.org
2. Ramírez had his first solo exhibit in 1951 at the EB Crocker Art Gallery in Sacramento, California. A year later, Pasto organised an exhibit at the women's clubrooms of Stephens Union at the University of California, Berkeley. Soon after, Pasto arranged for solo shows at the Joe and Emily Lowe Art Center at Syracuse University and Mills College Museum of Art in Oakland, and a group show at the MH de Young Memorial Museum in San Francisco. 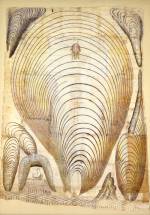 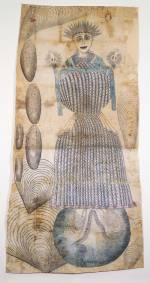 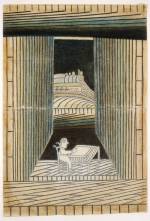