Art made in the trenches of life

Art made in the trenches of life

With funding from the Henry Luce Foundation as part of its 75th-anniversary initiative,1 the American Folk Art Museum (AFAM) has organised a potentially game-changing exhibit, offering a new perspective on American folk art and works made by the self-taught, or so-called “outsider art”. The thesis presented in Self-Taught Genius: Treasures from the American Folk Art Museum is that makers on the periphery of the art world are the most authentically “American” artists, creating works in the spirit of the country’s founders.

This theme unites 100 works that span more than three centuries and are as varied as the artists and their motivations – from an antebellum slave-made jug boldly carved with the artist’s name to Henry Darger’s dark, complex renderings of his inner world – now displayed at AFAM in New York City and travelling to venues across the country until January 2017.2

Self-Taught Genius considers AFAM’s collection in the light of theories of human potential, specifically, the quality of “genius”, developed in the 18th century by thinkers associated with Romanticism and the Enlightenment. These theories became the basis of revolutionary ideology and filtered down to every citizen, whom the curators describe as self-taught Americans living in a start-up nation.

While it seems reasonable to view self-taught artists as forerunners of today’s self-help/DIY devotees (early Americans had their share of instructional pamphlets), renegade techies and free-thinking financiers, much less obvious is the link to contemporary self-taught artists and singular cases such as Martín Ramírez (1895-1963), who spent more than half his life in a mental institution,3 and Darger (1892-1973), whose phantasmagoric creations will require many scholars’ lifetimes to parse.

But the notoriously closed society of art professionals is finally recognising that contemporary self-taught artists invigorate the established order with their idiosyncratic, flexible visions and practices, so it seems an apt time for AFAM to highlight the long lineage of traditional folk artists behind them, and the paintings, sculpture, furniture, ceramics, tin-ware, weathervanes, samplers, gift drawings and quilts that point to pivotal moments and currents in American history, as well as what we might call fads and trends: for instance, Asa Ames’s strange and lovely Phrenological Head, circa 1850. The sculpture provides a window on Jacksonian America’s fascination with phrenology as a tool for deciphering the workings of the mind through studying the shape of the head.

As intrinsic as “genius” was to revolutionary aspirations, it is a slippery trait. First pondered as a virtue by 18th-century thinkers including Jean-Jacques Rousseau and Benjamin Franklin, the nature and source of genius has been subject to divergent interpretations. And with the introduction of the “self-made man” in the 19th century, a term that took on a commercial cast, and expanding educational opportunities, eventually the notion of “self-taught genius” lost its shine.

Whereas previously, Americans promoted self-education as a virtue, with a new class of American businessmen and the Transcendentalists embracing the ideal for its purity, it came to indicate a lack of sophistication. Not until Jean Dubuffet published his 1949 manifesto, L’Art Brut, did purity of vision once again become equated with being unschooled.

AFAM curators Stacy C Hollander and Dr Valérie Rousseau4 have divided the works in Self-Taught Genius by themes representing sources of inspiration and imperatives: “achievers”, “encoders”, “messengers”, “improvement”, “reformers”, “ingenuity” and “guides”. Because it is tempting to take much folk art at face value, these labels are helpful. Certainly, during the first half of the 20th century, many early collectors sentimentalised their acquisitions. Recently, closer study has proved simplistic readings to be deceptive, particularly in the case of “encoders” such as Bill Traylor, whose ominous subtext is only fully rendered through the lens of African-American slave culture and its African roots.5

Women, African Americans and other marginalised groups were able to express themselves in the realm of folk art when other artistic and intellectual pursuits were off limits. In the catalogue, Hollander uses a memorable phrase to describe their works as being “created in the trenches of life”, imbued with hardships and struggle as well as hopes and dreams.6

The Whig Rose with Swag Border Quilt from circa 1850 is a good example of art-making as an act of defiance. Formerly attributed to a plantation owner’s wife, the quilt has been traced to the hands of slaves who served her. By fashioning beautiful and useful objects – thus exemplifying American values of thrift and industry – these women asserted their individuality as artists while also partaking in the cherished American tradition of rebellion against unwonted authority.

For many self-taught artists, creating their own environments is a powerful means of overcoming personal limitation, disability or shunning. Sam Doyle (1906-1985) tapped into a fascinating African-American practice, the yard show, with his outdoor museum. Similarly, Traylor had his own outdoor museum on the spot where he made his drawings, and Darger built an entire world from his need for an alternative place to exist.

The real genius of Self-Taught Genius derives from finding a startling connection, one not immediately apparent to 21st-century viewers but, in hindsight, foundational. Looking at Girl in Red Dress with Cat and Dog by Ammi Phillips (1788-1865) will recall for some visitors another daring alignment in AFAM’s history: The Seduction of Light: Ammi Phillips/Mark Rothko Compositions in Pink, Green and Red, which brought together the 19th-century artist’s exquisite portraits with Rothko’s abstract masterpieces.7

So not only does Self-Taught Genius persuasively re-evaluate art made in the trenches of life by artists directed by instinct rather than precedent and instruction, the exhibit achieves its greatest effect by veering from the well-trodden path in true American spirit.

References
1. The Luce Foundation has announced a projected US$10m (£5.88m) in new grants to be given over a two-year period to organisations involved in its areas of interest: American art, Asia, environmental concerns, theology, higher education and women working in science.
2. After closing at AFAM, Self-Taught Genius travels to the Figge Art Museum, Davenport, Iowa (15 November 2014 – 15 March 2015); the Mingei International Museum, San Diego, California (18 April – 16 August 2015); the Ammon Carter Museum of American Art, Fort Worth, Texas (10 October – 3 January 2016); the New Orleans Museum of Art, New Orleans, Los Angeles (26 February – 22 May 2016); and the Tampa Museum of Art, Tampa, Florida (1 October – 8 January 2017).
3. For Studio International’s review of AFAM’s 2007 Ramírez exhibit, see www.studiointernational.com/index.php/mart-n-ram-rez-masters-the-secret-of-time.
4. Stacy C Hollander is chief curator and director of exhibitions and Dr Valérie Rousseau is curator, art of the self-taught and art brut.
5. For Studio International’s interview with Professor Mechal Sobel, in which she discusses veiled meanings in Traylor’s drawings, see www.studiointernational.com/index.php/professor-mechal-sobel-discusses-her-research-on-bill-traylor.
6. The 296-page paperback catalogue contains curatorial essays and 154 full-colour reproductions. The book can be purchased from the AFAM gift shop and Web site for US$19.95: http://shop.folkartmuseum.org/
7. For Studio International’s review of The Seduction of Light, see www.studiointernational.com/index.php/two-seekers-of-light-ammi-phillips-and-mark-rothko-meet-in-manhattan 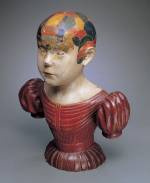 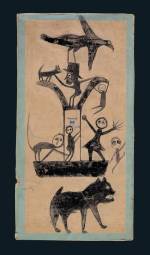 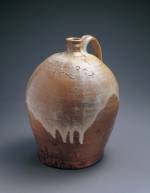 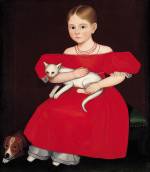 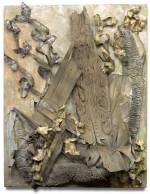