Mariele Neudecker: ‘I get labelled as a climate change artist at times, but I don’t look at it that way’

Mariele Neudecker: ‘I get labelled as a climate change artist at times, but I don’t look at it that way’

Bristol based artist Mariele Neudecker talks about how Cern inspires her, why you shouldn’t call her a climate change artist and why flight recorders are like the human soul 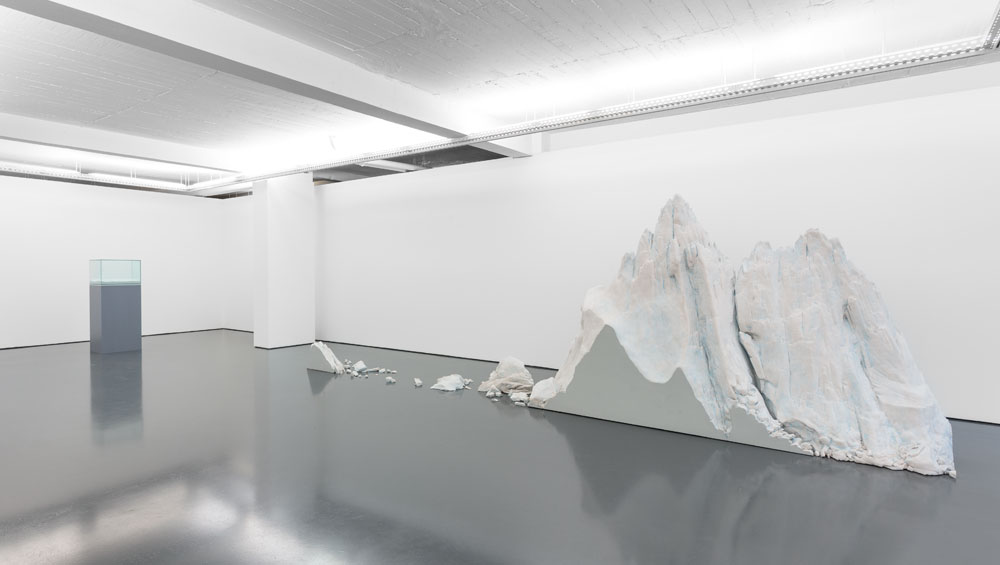 What do Caspar David Friedrich (b1774) and the Hadron Collider have in common? Both, according to Mariele Neudecker deal within the sublime. And, there is undoubtedly something in this way of thinking. Friedrich is famous for his moody landscapes, which were conceived to evoke a sense of awe, and even fear. He is, arguably, the poster boy for the romantic sublime. But consider, also, the mind-boggling machine at the Geneva-based European laboratory for particle physics, Cern, which deals with nature at its most fundamental and inspires wonder and trepidation. Might we all, the world’s media posited before the Hadron Collider was switched on, be sucked down into a black hole of our own creation? Admittedly this was thought highly unlikely, but the implications of the experiments at Cern would certainly have sent a shiver down Friedrich’s spine. Scientists discovered the so-called “God particle” through recreating the conditions of the big bang (albeit on a smaller scale) and the wider questions this raises about our origins and significance in the universe would have been familiar to the romantic painter. The answers, however, would have been utterly alien.

The work at Cern, then, is a manifestation of something new, something only possible in this century. It is part, Neudecker (b1965) argues, of the digital sublime. But the German artist’s interest in this research centre is not purely academic. She is also intrigued by the nuts and bolts behind the physics. “I look at it in an analogue way and see all the Blu-Tack and masking tape and colourful cables,” she tells me. “It gives it a very different face.” Neudecker has been given access to the workings at Cern as a visiting artist, as part of her interest in the “collision of analogue and digital, of the 3D and the 2D and the weird subjectivity that we bring to these things”. The Hadron Collider and the experiments at Cern it seems, provides a neat analogy for her process, as well as her art. 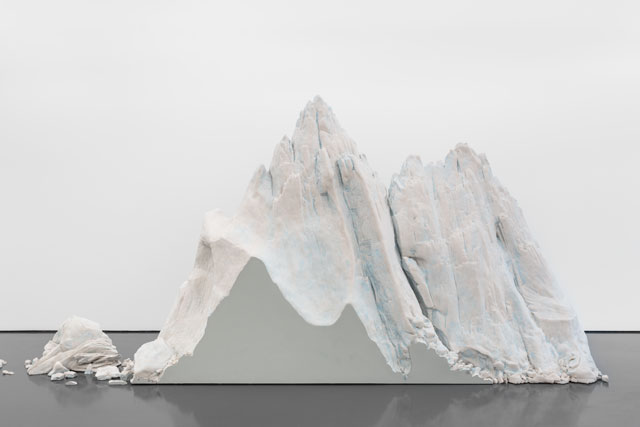 Neudecker also works with the idea of the sublime in more familiar ways. Her past work has included resin cast mountainscapes that are immersed in solutions within vitrines, producing a self-contained fragment of the world, complete with its own atmosphere. Her current exhibition, Echo Chamber at Pedro Cera in Lisbon, includes a freestanding replica of an iceberg, footage from Greenland and two videos of the sun, taken at the same time on antipodal points on the planet, capturing the moment it sets in the Azores and rises in Australia.

I spoke with Neudecker about her interest in modern technology, its relationship to the natural world and how these things feed into the artist’s work.

Emily Spicer: How much does your work owe to the tradition of German Romanticism?

Mariele Neudecker: My grandparents had these romantic Caspar David Friedrich prints on the walls and they really struck me. I’m German and I grew up in Germany, so I was very aware of how that sort of imagery was abused during the Third Reich and throughout German history in different forms. I was also really keen on Gerhard Richter when I was a student – I wanted to study with him. I grew up in a Richter painting, really, in an industrial landscape – hilly, bits of forest, bits of industry – so there was a sort of connection to that. Later on, I discovered Vilhelm Hammershøi and questioned the perception of space in a different way. But travelling to Greenland was a real clarification for me. I realised that the romantic sublime isn’t all about landscape, in the contemporary sense. 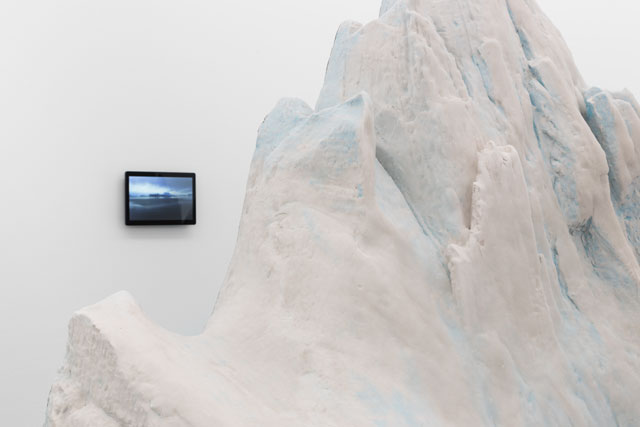 ES: You have been to Greenland twice. What did you hope to experience there?

MN: The quest was to really get away from data and grids and anything familiar. It was amazing. I was really excited because I was taking trips with subsistence hunters, to the furthest northern settlement in Greenland. Reaching the limits was sort of the whole thing. Reaching the limits in every way, seeing how hard I could push myself.

ES: I think that idea about the eternal horizon, that there is nothing between you and over there, is a compelling one.

MN: Yeah, you feel like you’re behind the bend of the globe, definitely. I’ve studied the flight routes, and northern Greenland is way beyond that. You don’t get any planes for quite a long way. There were no northern lights either, because it was too far north. 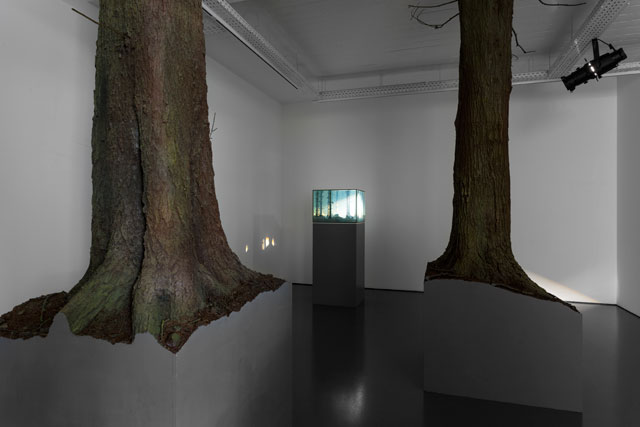 MN: But they are also affected by climate change. They have lost three months of hunting time now per year. So, it is not a complete wilderness any more. In a way, that is partly a reason to go, to witness that. But it is also a reason not to go. This is the dilemma, because there is obviously a carbon footprint attached to flying to these places. But to go with these hunters was very much like a time warp. There is very little progress because it is needless. There would be no point in using anything other than the natural materials they have used for the last four-and-a-half-thousand years.

ES: The romantic sublime in art was born at a time of great change, during the industrial revolution. Is climate change part of the new sublime, part of a new era of turbulence and uncertainty?

MN: Climate change is going to be part of anybody’s life and work in some way. But I would also defend the autonomy of the artwork to not be a promotional tool for environmental politics. I get labelled as a climate change artist at times, but I don’t look at it that way. And it is a difficult position to be in. I’m really interested in the subject, of course, and I think it is everybody’s responsibility to do whatever they can. But I’m not going to stand on a podium and wave a flag and say you’re really bad people, that you have to do something about this, because that would be hypocritical, as I travel by air a lot of the time. And there’s also the hypocrisy of having kids and driving a car. If the work promotes a conversation around those issues, then brilliant. But that doesn’t make me a climate change artist. 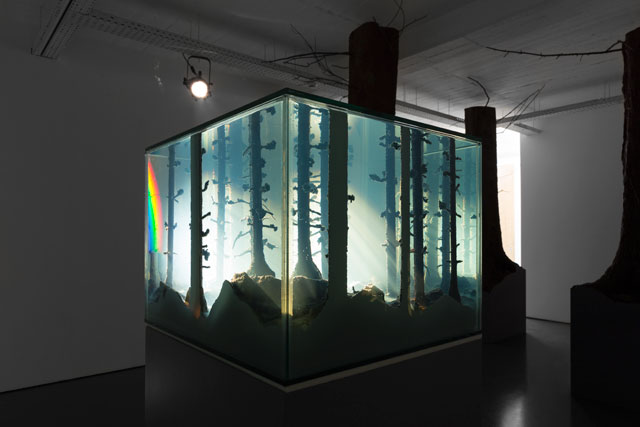 ES: Can you tell me about your time as an artist at Cern?

MN: My time there is life-long. It’s so wonderful. I’m not on a residency, I’m on a visiting artist commitment. Whenever the time is right for me, I can get in touch with them. I went in October last year and did a lot of filming for three days. As soon as I get back home, after my show at Pedro Cera, I’ll make a piece with [the footage.]

ES: Why were you attracted to Cern? What drew you there?

MN: I was talking about gravity to a curator who knew the arts programme director at Cern. She said I think I need to put you in touch with the curator at Cern, you need to talk to Ariane Koek, who is no longer there – it’s Mónica Bello now, but Ariane knew about my work and it was her last slot to curate an artist into the visiting programme.

The first time I went there [I conducted] a string of interviews with a lot of scientists – they’re very good at helping you pick the ones who are available in the few days you spend there. I’ve done three visits. On the second visit, I was able to go down to the CMS [Compact Muon Solenoid ­– a type of detector at the Hadron Collider] because it was switched off. You can’t go down there when it is switched on because it is too radioactive. And the last time I was there, I filmed the Cloud [Cosmics Leaving Outdoor Droplets] experiment, the Antimatter Factory and the Data Centre.

ES: What is the Cloud experiment?

ES: That seems to fit in perfectly with your own artificial atmospheres in vitrines.

MN: Yes, and I had very interesting conversations with the scientists and they love it. They just really want [their experiments] to be visualised and to go out into the world as public knowledge. So most of them are really generous with their time. They help you along, to understand what’s going on. 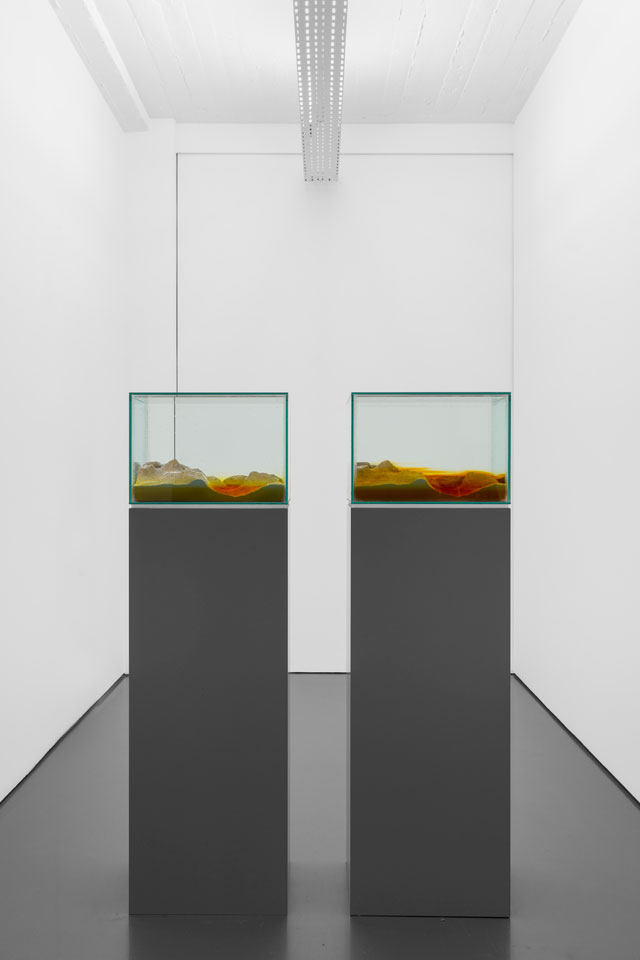 Because of the scale of Cern, it is unperceivable and it has all happened in the past, or will happen in the future. There is no real experience in the present, which is really intriguing because everything is analysed in hindsight or predicted for the future, so the experiments are all re-enactments, representations of other things. It is perfect, in some ways, for everything I’ve always thought about.

ES: Does religion have a place in your work?

MN: I’m not religious. I was brought up a Catholic, but I abandoned that when I was a teenager. However, I made these pieces, these flight recorders, which are probably the pieces most directly linked to religion. They’re sculptures really, made out of MDF and bits of technology. They are not to scale – the real ones are much bigger – and they are sprayed black or I cast them in fake bronze. There are vast amounts of information in these flight recorders and in that way they are similar to the human soul or spirit, but trapped in this black box. As a Catholic, you grow up with this notion that God is all seeing and all knowing, which is like a flight recorder in a way. Everything you do is recorded. It enabled me to explore the fallibility of human endeavour and technology. As technology is created by humans, it can fail, too. 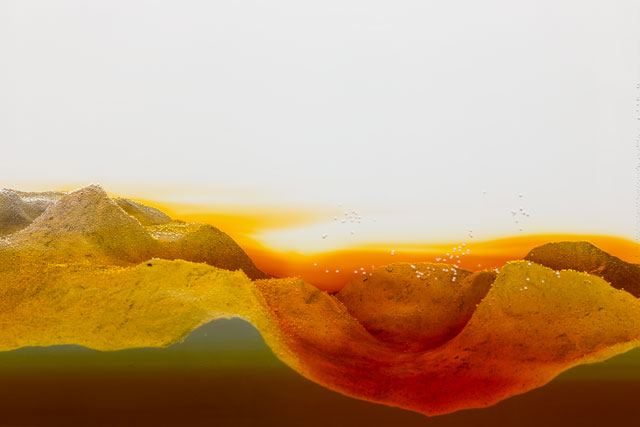 ES: And, of course, black boxes are about mortality in the end. They provide evidence of a crash.

ES: If you could impart anything to the viewer, if you would like them to take one feeling away with them, what would it be?

MN: I suppose I want people to walk away with more questions than they came with.

• Mariele Neudecker: Echo Chamber is at Pedro Cera, Lisbon, Portugal until 19 May 2018.