As the V&A this week opens an exhibition that celebrates groundbreaking innovations in video game design, its curator, Marie Foulston, discusses the medium’s radical development over the past 20 years, and why now is the right time for a show of this kind 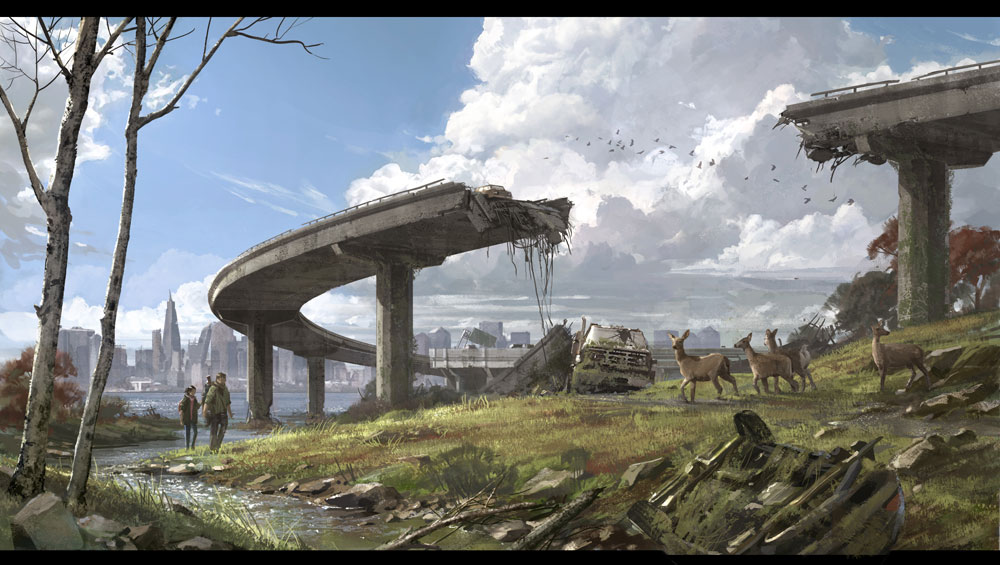 Interactive entertainment is the subject of Videogames: Design/Play/Disrupt, the second major exhibition to be produced by the Victoria and Albert Museum’s relatively new Design, Architecture and Digital Department. Establishing a team dedicated to these disciplines was a brilliantly conceived initiative by the late Martin Roth, director of the museum from 2011 to 2016. The department’s first show, The Future Starts Here, which opened in 2017 and runs until 4 November this year, looks at the ways in which emerging technologies will affect our lives. Although not a recent phenomenon, the number of people gaming via phones, laptops and consoles is burgeoning. There are at least 2.2 billion players around the world, and more than $100bn in revenue was generated from the games market in 2017. Projections for the market only highlight that its influence will continue to spread globally.

Videogames: Design/Play/Disrupt celebrates the cultural relevance of video games, examining the evolving design processes that dictate what we look at on our screens and how we interact with such content. A range of designers is included, from household names such as Nintendo to independent studios such as thatgamecompany. As well as celebrating boundary-pushing visual and technical accomplishments, revealing the craft of video-game design through original prototypes, early character designs and notebooks, the exhibition considers how video games help to develop social skills and an understanding of the world. Also on display are inspirations for some of the video games discussed. Most prized of these is René Magritte’s La Blanc Seing (The Blank Signature), which has been acquired on loan. Depicting a woman riding a horse through a forest, appearing both in front of and behind the trees, the surrealist painting influenced the parallax scenography in the forest scene from Act II of adventure game Kentucky Route Zero (2013) by Cardboard Computer.

Curator Marie Foulston specialises in alternative video-game design and playful interactive experiences. As well as Videogames: Design/Play/Disrupt, she has curated events and projects for the annual Game Developers Conference in San Francisco, Seattle’s Museum of Pop Culture and the Art Gallery of Ontario.

Allie Biswas: How did your interest in video games develop?

Marie Foulston: I’ve been working in games and playful media in a cultural capacity for coming up to 10 years now. I started out in independent cinema, but the work of a new generation of independent designers in the mid-2000s turned my head and led me towards games. While I grew up playing games, and consider myself raised on the Super Nintendo Entertainment System, this blossoming scene of creatives who were pushing the boundaries of the medium in new and unexpected directions captured my imagination about its potential. Since then, my work has mostly been centred on bringing inspiring game design from groundbreaking creators to new audiences. 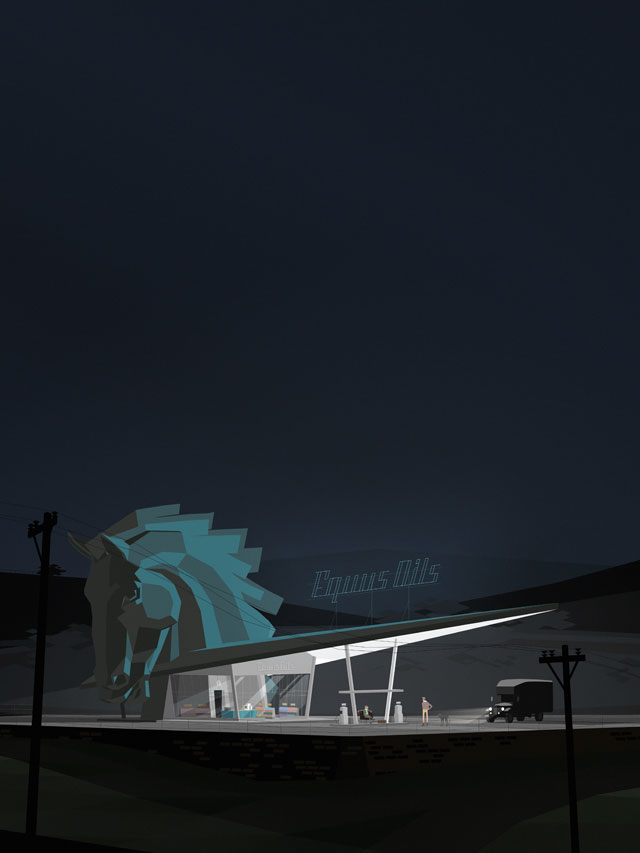 AB: The exhibition presents a diverse range of video games. How have these works been classified, and does the exhibition offer a brief history of the genre?

MF: Approximately 30 games and works are explored in the show and, while this is by no means a full survey of every important, groundbreaking or much-loved work from around the past 15 years, we do think it provides a good reflection of the eclectic and wide-ranging nature of the medium today.

Each work sits in one of three key sections in the show: New Designers, Disruptors or Players. In New Designers, we look specifically in detail at the design process of leading contemporary games. In Disruptors, we look at games through the lens of the social and political conversations each evokes. Lastly, in Players, we shift our perspective to look at games from the perspective of the player.

The show focuses on contemporary game design from the mid-2000s to the present day and, as such, works predating this period do not feature.

AB: The press release states that everything changed for video game design in the mid-2000s. What was its state before this?

MF: One of the key changes to games since the 90s and early 2000s was a democratisation of the means to make and distribute games. The rise of broadband, new tools, social media and new digital distribution platforms radically lowered the bar for what it takes to make games and also be able to reach an audience. We now see a growing range of new voices and ideas in games.

AB: Are video-game users going to be your primary audience for Videogames: Design/Play/Disrupt? In other words, why should people who have never engaged with interactive entertainment come to your show?

MF: It’s always been the ambition that this show speaks to a wide audience – both those who consider themselves very literate in the medium, as well as those who might think of themselves as novices. This is something we’ve continuously considered through the range of objects and installations we’ve selected and commissioned. While a rarely seen early concept sketch of a key character from a leading video game might appeal to an ardent fan, works such as the Magritte painting might provide a route in for less knowledgable audiences by highlighting the shared connections and histories between video games and broader visual culture. 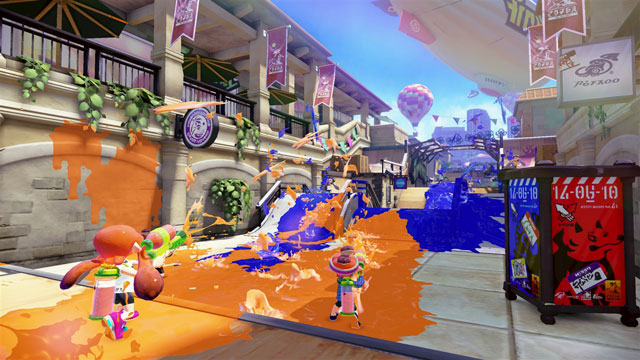 AB: How do video games fit within the sector of art and design as a whole? What qualities do you think are specific to video games?

MF: While video games are undoubtedly unique as a medium, they have the ability to unite many other design practices and creative disciplines. In game design, we frequently see fields such as architecture, performance, literature and sculpture reflected. However, I feel that what truly makes video games unique is perhaps their ability to allow us to aesthetically, playfully and interactively explore systems, and our relationship to the world and to each other.

AB: The V&A has a history of supporting digital art, collecting it since the 1960s and holding the national collection for digital art and design, as well as an emerging national collection of computer art. You have worked as a curator of video game design for some time, so would you say it is a case of us culturally being in the right moment to have this kind of exhibition at a national museum?

MF: Well, this is by no means the first major exhibition on video games in a major institution – Game On opened at the Barbican more than 15 years ago. But since then, there has been only a handful of shows by major institutions focusing on the medium. This show is one that seeks to build on the foundations of the groundbreaking work of these previous shows and to bring a new and different perspective.

I feel that we are very much at a cultural tipping point for games. There is a distinct groundswell of a new generation of people working curatorially in games, whose origins, like my own, are perhaps more grassroots than institutional. I envisage that, over the coming years, we’ll see a much greater engagement with games from spaces such as the V&A. I imagine we will see many more exhibitions and installations that show entirely new and unexpected reflections on the medium.

AB: Finally, what are your three favourite videos in the exhibition, and why?

MF: I have a very strong appreciation for every work in the exhibition – each of the design stories that surround them are unique and so inspiring that it’s near impossible to choose between them as a curator. I think, ultimately, I’m proud to have been able to bring together works as diverse as Bloodborne, Queers in Love at the End of the World and a D.Va [a tank hero in Overwatch] YouTube makeup tutorial, all under one roof.