'MACO: Mexico Arte Contemporaneo' is considered to be the most important art fair in Latin America, drawing together the best in contemporary art by notable new artists, as well as established names from around the world. The fair was held from 21-24 April 2005, in Mexico City's Centro Expo Reforma. The fair was spread throughout four floors of the well-located large venue, with each floor divided into a number of booths where galleries installed their artists' work.

The inaugural MACO Fair took place in 2004, with an attendance of over 15,000 people. Although MACO is a new concept, it is already well established as an important showcase for contemporary artworks, thanks to the efforts of its director, Zélica García. A committee of directors from five international galleries carefully selected the participants and this year, more than 50 galleries took part in the fair. Galleries from the USA, Canada, Germany, Italy, Brazil, France, Argentina, Colombia, Spain and Mexico were represented. 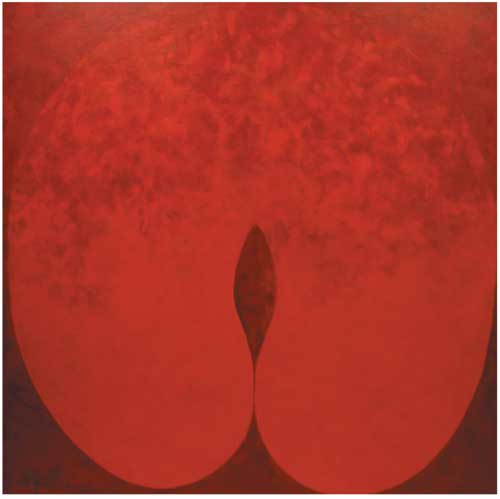 Not all of the work was by contemporary artists. Paintings and sculptures by such well-known artists as David Alfaro Siqueiros were shown at the Galería de Arte Mexicano (GAM), the first gallery to be established in Mexico City, promoting the then unknown artists Diego Rivera, Jose Clemente Orosco, Rufino Tamayo, Frida Kahlo and Siqueiros, among others. Mariana Pérez Amor, co-director of GAM, states, 'this gallery was founded by my mother, Inés Amor. It is 70 years old, and through it passed part of the history of Mexican art.' She explains that during the Thirties, and especially during the Second World War, a great number of Americans travelled to Mexico, where they admired and bought Mexican art.

Another gallery representing Mexican art is the OMR Gallery. Two of the most important artists represented by this gallery are Luis Ortiz Monasterio and Adolfo Riestra, whose sculptures evoke, respectively, the rich historical artistic past of ancient cultures and the new, more streamlined, contemporary artwork.

Monica and Jaime Ashida opened Guadalajara's Arena Mexico, Arte Contemporaneo, 14 years ago. They say that, 'in 2001, the gallery exclusively dedicated itself to the new generation of talented Mexican artists that otherwise would not have had the opportunity to show their works.' Expressions of art usually not accepted by traditional galleries form part of this gallery's holdings. For MACO, the Ashidas brought works by Lourdes Mendez, Huma Bhabha, Jason Fox, Fernando Palomar, Gonzalo Lebríja, Chris Hammerlein, Jose Luís Rojas and Artemio Rodriguez.

Highlights at the Galería Óscar Román, which displayed a wide variety of important contemporary paintings, were Augustin Castro López's painting, 'Sobre el quinto elemento' and a set of clay torsos with white glazed faces by Jorge Marín. The prices of the works on show indicated that they were not executed by new experimental artists but by respected, established Mexican artists. 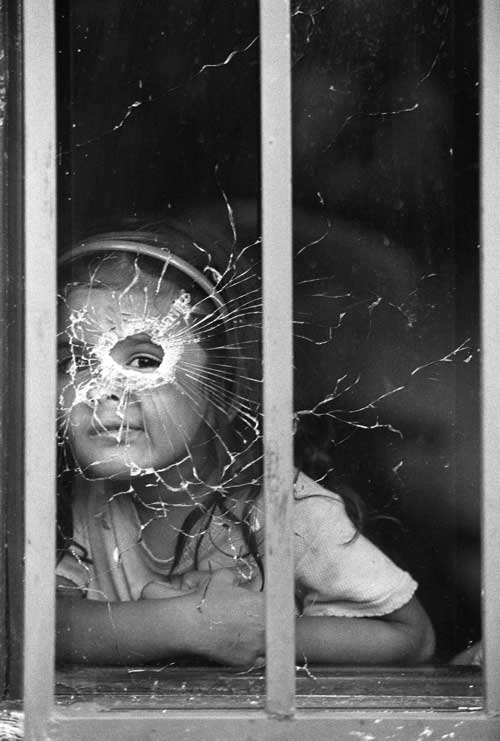 Hundreds of guests were invited to the opening. Mexico's President, Vicente Fox accepted but was later forced to cancel. In his place, Secretary of Public Education, Dr Reyes Tamez Guerra opened the fair. Saúl Juárez, Director of the Instituto Nacional de Bellas Artes (INBA), also attended the opening along with other politicians and celebrities. By the end of the fair, many works had been sold, a number at the opening event.

Works by Neil Farber, Fausto Gilberti, Chris Gilmour, Antonio de Pascale, Alvise Bittente and Jeff Ono were presented by the Perugi Artecontemporanea from Padova, Italy. An intriguing sculpture was of a motorcycle rendered in plain cardboard, painstakingly achieved down to the smallest detail by Gilmour, a British artist now living in Italy. Priced at $20,000, the piece quickly sold. Works by the young artist, Fausto Gilberti, were interesting: all of his small works on canvas and paper have distinct, stick-like cartoon figures with big eyes, painted in black. Gilberti's style recalls that of Bill Traylor, the African-American folk artist.

A small booth within Luis Adelantado's gallery displayed drawings, sketches and photographs by an impressive new talent; the young Mexican artist Emilio Valdés. A group of more than 40 sketches and drawings carried simple yet powerful messages. The most powerful of these were words on paper: 'Nunca hago lo que me piden' (I never do what they ask me to), 'Siempre llego tarde' (I'm always late), 'Me siento mal' (I feel bad /I feel sick), 'Come on baby don't say maybe' and others. These brought to mind native Californian John Baldessari's 'What is Painting', in which he writes, '...art is a creation for the eye and can only be hinted at by words'. They are also reminiscent of works by New Yorker, Jean-Michel Basquiat, who frequently incorporated text in his pictures and who is said to have led a revival of American painting in the 1980s. Works by Valdés will be exhibited from 7-21 June 2005 at the Galería La Esmeralda in Mexico City.

Other arresting works shown at MACO included: 'Obsesión' by Cuban artist Yunior Mariño; 'Tire with Gum', a work by Mexico's Betsabee Romero; 'Casa Explotando', made from balsa wood by Mexican artist Begoña Morales; Mexican Fernanda Brunet's 'Brr-cla-ng-rt!'; 'Golden Edge', a cut-out of eight pieces made from golden cardboard by Stefan Safer from Berlin; 'Sleeping Bag' by Guatemalan Darío Escobar, which on one side depicts the figure of a malnourished, almost naked Jesus; Jesús Abad Colorado's black and white photographs which document the story of the Colombian people and 'Flores del Mal' by Colombian Hugo Zapata. 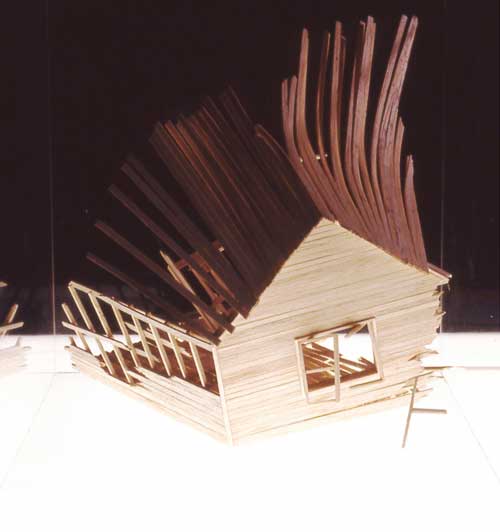 Some of the galleries showed short films, including a video installation, 'Unexpected Rules', in English, by Frédéric Moser and Philippe Schwinger, presented by Berlin's PLAY gallery for still and motion pictures. The script is based on the Clinton-Lewinsky affair and the work 'bases itself on theoretical principles called [para-consistent logic] dealing with the contradictions and absurdities and how these pervade our life'. An eye-catching live performance, 'En el campo del juego, 2005' was created by Mexican artist Ambra Polidori, in which a Zapatista football player, followed by a cameraman, roams throughout the galleries playing with a ball and occasionally posing for photographs.

This newcomer to the art fair circuit presented a wide range of artworks from around the world. With the growing interest in Latin American art, MACO's importance will surely increase. 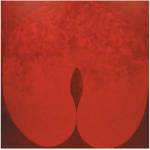 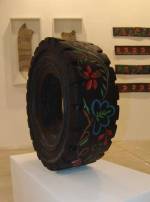 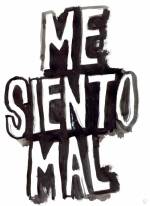 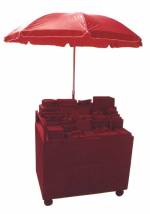 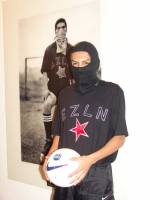 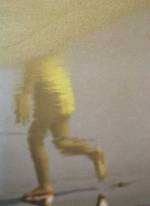 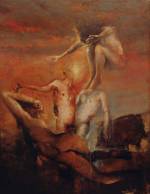