Looking for Legends, Gambling on Faith

Looking for Legends, Gambling on Faith

Now at the pinnacle of his 30-year career, Chinese artist Wang Guangyi, a resident of Beijing, has attained many of the rewards associated with success in the west: a global audience, wealthy collectors, media and documentary coverage, solo exhibitions internationally and a high degree of material comfort.

Wang Guangyi: Words and Thoughts 1985-2012, a hefty tome totalling more than 400 pages compiled by Milan-based critic and independent curator Demetrio Paparoni, marks the artist’s weighty achievements by emphasising his role as a great thinker as well as artist. Scholars and journalists in China and abroad have written skilfully about Wang Guangyi’s journey from idealistic art school graduate to mature multimedia artist, westerners spotlighting in particular his brand of Political Pop art, yet no one has been as articulate and applied such razor-sharp clarity to his motivations as the artist himself.

So this monograph stands not only as a model of form – including Paparoni’s thorough survey of diverse influences ranging from Leonardo da Vinci and Caspar David Friedrich to Joseph Beuys and Andy Warhol; enlarged, close-up photography of paintings, sculpture and installations arranged chronologically by series, accompanied by critical analyses by Chinese and Italian art historians; and complete biographical, bibliographical and exhibition references – the book is a perfect tribute to this catalyst and cornerstone of China’s contemporary art scene. The crowning touch, an “anthology” reprinting the artist’s statements and in-depth interviews, illuminates the complex web of spiritual and philosophical traditions embedded in his critiques of socialist propaganda and American mass consumerism and turns the book’s equally hefty price tag (US$95/UK£60) into a bargain.

Born in 1957 in Harbin, a northern province, Wang Guangyi received a Maoist education that left him “… blanketed in the fog of ‘Mao Zedong Thought’”. Steeped in the ubiquitous imagery of the Cultural Revolution and believing that Mao was a hero, as a child he became a “Little Red Guard” tasked with painting propaganda posters. Along with Mao’s messages, he learned the power of simple, bold, graphic communication and what, for him, is a foundation of enduring art: it must come from the “Hands of the People”.

When the Cultural Revolution ended in 1976 following Mao’s death, the subsequent liberalising period known as the Beijing Spring (1977-78) pointed to lasting change. Finally allowed access to western literature and philosophy, young adults began to devour these books in translation. Like so many other students at the time, Wang Guangyi read voraciously. But westerners familiar with Dai Sijie’s novel and film Balzac and the Little Chinese Seamstress (2000), which conveys their urgent thirst for the new ideas as well as the humorous results of a wide cultural divide obscuring full understanding, will grasp both the promise and problems facing Chinese youth in the 80s.

For Wang Guangyi, when ideologies and religions have proved to be false, ineffective or harmful, what remains is the mystery behind “isms”, religions and oppositions. Seeking to rise above east/west clashes and human paradoxes, his goal has been to point to this mystery – or unknowable – essence behind physical phenomenon, a concept he gleaned from 18th-century German philosopher Immanuel Kant’s notion of “things in themselves”. Without forsaking western classical art history (Giotto, da Vinci, Chardin and Bernini) and narratives (biblical) that have been a critical underpinning to his work, Wang Guangyi has consistently presented images – appropriated, “corrected” or destabilised – that ask viewers to reconsider what they think they know to be true and what they have been taught is the truth.

Simplicity in Wang Guangyi’s work is actually a masterful sense of economy; with a basic device like a grid placed over a picture, he at once evokes a tool used in the ancient art of calligraphy and during the Cultural Revolution to enlarge, reduce or reproduce images as well as the screen from Christian tradition separating the sacred from the profane. In this way, he opens the door to many interpretations: When a picture can be multiplied to infinity, does it lose its meaning? Can scaling down a picture of an iconic figure such as Mao shift perceptions of him as godlike? Does enclosure impart a spiritual, interior quality to mass-produced visuals?

Provocative series titles such as Duchamp Urinals (1987), Mao Zedong (1988), Famous Paintings Covered with Quick-Drying Industrial Paint (1988-99), Virus (1988), Inflammable and Explosive (1989), Mass Produced Holy Infant (1990), Great Criticism (1990), Quarantine (1997) and Face of Faith (1998-2003) are matched by Wang Guangyi’s sometimes startling, often contradictory statements. For instance, he describes himself as a nihilist, but contends that he is a “builder” and that artists must be like disciples and gamblers, whose actions are guided by faith. In his case, he has placed his faith in visual memory as a trigger to new ways of thinking and seeing.

He retains a taste for the heroic, declaring that art too focused on aesthetics or an individual artist lacks dignity. Always returning to an intuitively perceived mystery, the spark of divinity in human effort, he says: “… if what we call art can be judged and explained, no matter whether or not it’s good, it is merely ordinary.”

On the book jacket, Wang Guangyi offers a sincere, perhaps slightly ironic, visage to viewers. Dressed simply in black, a large cigar dangling from the fingers of one hand, he stands before one of his paintings featuring the ennobled worker/peasant/soldier motif promoted during the Cultural Revolution. The evidence contained in this celebratory volume indicates that, after 30 years of making, writing and speaking about art, Wang Guangyi has never strayed far from the visual culture of his childhood, his love of legend and his conviction that, without faith, art is meaningless. 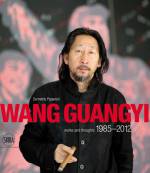 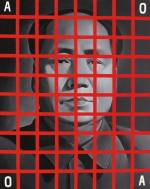 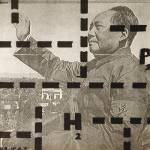 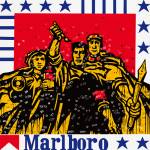 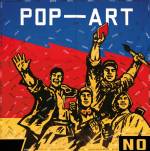 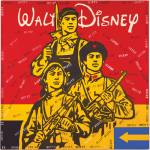 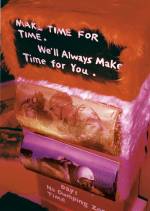 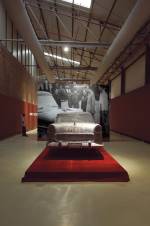