Driving through the landscape of the north Rhine on the Dutch-German border is an almost mystical experience. Here, extensive glacial moraines have been washed down over millennia from the Alps, hundreds of miles distant, to create a topography of flat, worn land interspersed by features such as the Reichswald, a vast alluvial ridge, impressive because of its sudden punctuation of the great north Eurasian plain. 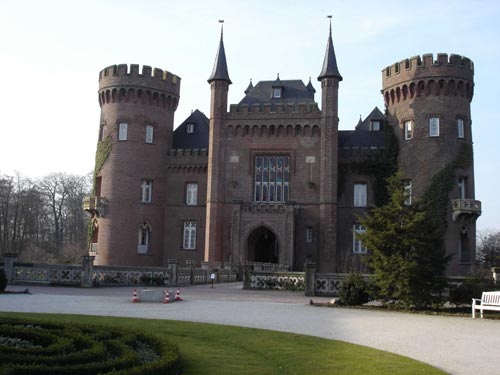 Towns such as Kleve, Kalkar, Bedburg-Hau, Emmerich, Rees and Xanten testify to the area's agricultural links - places where the loamy, fertile soil made it possible to cultivate crops and for those involved in such activities to prosper.

Historical figures such as Anacharsis Cloots - who was beheaded in Paris for his notion that the ideals of the French Revolution should be spread beyond the country's borders - came from this area. In Cleve, the vast Schwanenburg Castle of the Counts of Cleve (with its tower topped by a golden swan) dominates the town.

Joseph Beuys was born into this landscape, culture and history, and its influences were profound, enduring throughout his life. Beuys' father owned a fodder store in Rindern, and this literal and metaphorical grounding, with its profound links to agriculture and the land, pervaded his early work. In the early 1950s, Beuys befriended the brothers Hans and Franz Joseph Van der Grinten (who also had their roots in the strong agricultural tradition of the area). The Van der Grintens were ardent art collectors and from an early age championed the development of Beuys' art, serving both as patrons and organisers of Beuys' exhibitions.

As well as collecting around 5,000 works by Beuys himself (representing the largest collection of Beuys' work anywhere) the Van der Grintens also collected work by numerous other artists, some of whom were local and others more internationally celebrated. This collection needed a home and, after extensive negotiations lasting a couple of decades, the 14th-century Museum Schloss Moyland was agreed as the most appropriate site to house the collection. The moated castle with its formal gardens has had a long and complex history, but after extensive damage in the Second World War (when its served as the headquarters of the British Army in the Rhine) fell into decay and ruin. Only after Beuys' death in 1986 did work start to restore it to its former glory and convert it into a state-of-the-art museum capable of housing the Van der Grintens' enormous collection.

The result is a superbly reconstructed building, which preserves the original external features of Ernst Friedrich Zwirner's 19th-century neo-Gothic rebuilding. The first floor houses the Beuys collection with rooms thematically devoted to different aspects and genres of his art. The work is displayed according to the Van der Grintens' preference (following historical examples such as the Palazzo Pitti in Florence) so that many of the walls are covered, often from floor to ceiling, by the work. Elsewhere, vitrines of small sculptural pieces and freestanding larger works complete the arrangement. If there is a complaint here, it is that there is too much work, with the proximity of the pieces making it difficult to focus on specific works. This, coupled with the low-level protective lighting and Beuys' fine, faint pencil-and-wash lines, make viewing a challenging but ultimately rewarding experience.

Such a volume of riches makes it difficult to single out individual works for special mention, but I was particularly moved by Beuys' engraved drawings on fragments of slate (the original material, one assumes, having been salvaged from buildings destroyed during the war). One such work, 'Untitled' ('Small Generator'), dating from around 1950, shows hand-like objects reaching into a small sphere. For Beuys, the idea of a 'generator' was linked to ideas of divine creation as well as human creativity.

Another important aspect of this collection is Beuys' work depicting animals such as swans, stags and goats. 'Inside the Crystal' (1948) for example, shows a stag rubbing its antlers against a crystalline form. According to Dr Barbara Strieder, Head of the collection department at Schloss Moyland, Beuys 'charges the stag with an almost mythological significance in its connection with a crystal …' This kind of duality, therefore, lies at the heart of Beuys' concerns, for the crystal is static and inorganic, and pitted in opposition to the stag's intuition and warmth. Beuys once said, 'The stag appears in times of need and danger. It introduces a particular element: the warm positive element of life'. Such references recall the mythology surrounding Cernunnos, the horned Celtic deity, and, to a Scot living in a land overpopulated with deer, such allusions appear neither fanciful nor puzzling, especially if one has been confronted, as I have been many times, by the vast head and antlers of a stag on a lonely Highland road. 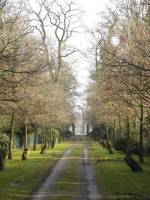 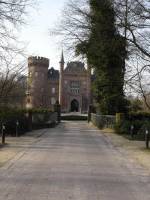