This exhibition of Kelly’s work seeks to cut to the core of his practice, primarily through two sets of extraordinary lithographs from the mid-1960s, and traces a compelling link between his figurative and abstract work 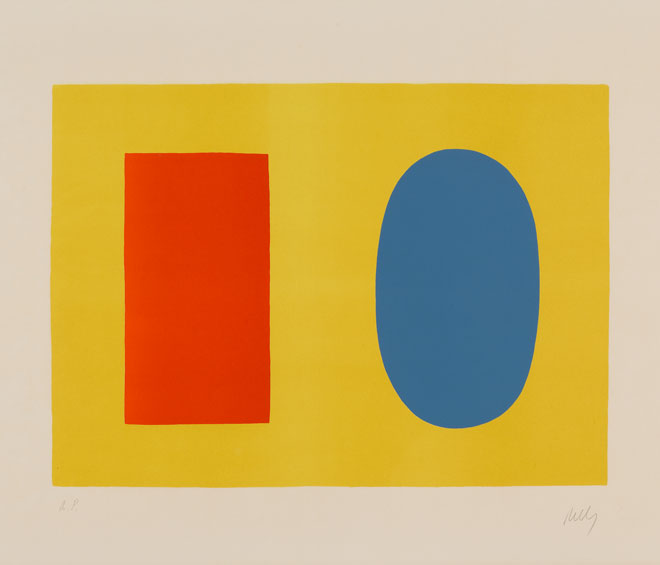 It is 1943: an elite unit of the United States army, the 23rd Headquarters Special Troops unit, is recruiting out of Fort Meade, Maryland. Informally known as the Ghost Army, its objectives were to develop innovative techniques for confusing and confounding the enemy, in preparation for the allies’ forthcoming land invasion of Europe. Wrapped up in all this is the young Ellsworth Kelly (1923-2015), whose interest in military camouflage patterns played a large part in his decision to join the armed forces, even if this would one day lead to him to the fields of Normandy, blowing up inflatable rubber tanks to intimidate the enemy.

“It’s the perfect job for the artist in combat,” remarked Gwyneth Paltrow, in a wide-ranging, if somewhat surreal, discussion with the artist for Interview magazine in 2011. She was quite right, of course: Kelly’s long career is characterised by colourful abstraction, often derived from natural forms, and it is easy to trace this back to his early formative experiences with military camouflage. Line & Color: The Nature of Ellsworth Kelly at the Norton Simon Museum in Pasadena, California, seeks to cut to the core of the artist’s practice, primarily through two sets of extraordinary lithographs, Suite of Twenty-Seven Color Lithographs and Suite of Plant Lithographs. 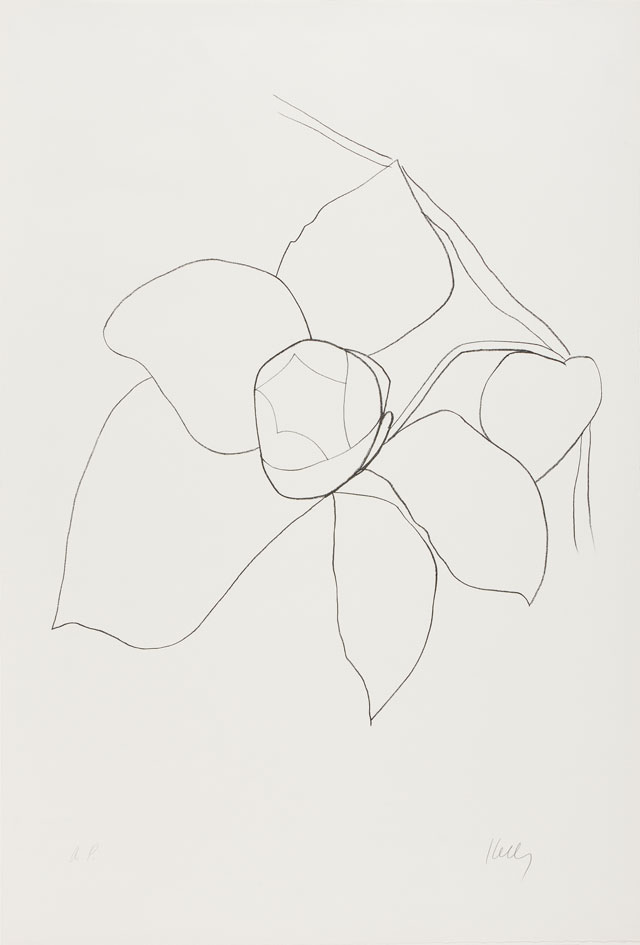 The prints date from the mid-60s, and trace their origin to Kelly’s time living in Paris. After a period studying at the School of the Museum of Fine Arts, Boston, he returned, in 1948, to the city he had first visited during the war, remaining until 1954. There he studied at the École Nationale Supérieure des Beaux-Arts, and became steeped in the work of Henri Matisse, Joan Miró, Jean Arp and Constantin Brâncuși. It was against this backdrop that Kelly first began exploring abstract painting, while also continuing to produce drawings of plants, which he had begun in Boston, incorporating the influence of Matisse and Arp, as well as Claude Monet, whose series of quasi-abstract water lily paintings Kelly had discovered around this time. 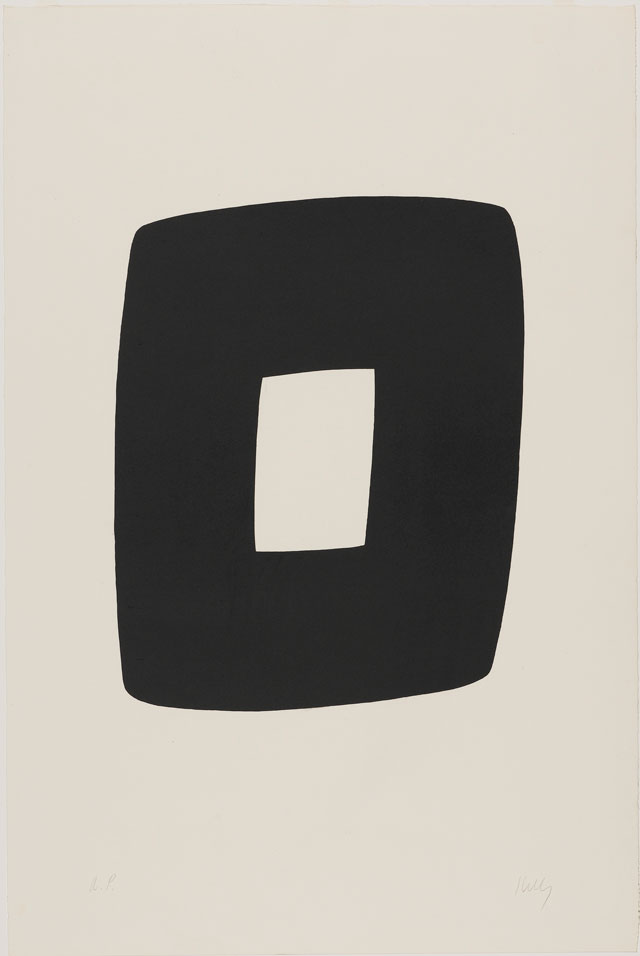 The lithographs on show at Norton Simon Museum are among the first significant prints that Kelly produced, sparking a lifelong passion for the medium which became a key hallmark of the artist’s practice. While in Paris in 1964 for a solo exhibit of his paintings at Galerie Maeght, Kelly took advantage of the fact that the gallery owners were also publishers of fine art prints. In collaboration with the celebrated printmaker Marcel Durassier, who had worked with Picasso and Miró, Kelly began making prints the same year, and the Suite of Twenty-Seven Color Lithographs, which make up the first room of this exhibition, were shown at the gallery the following year. 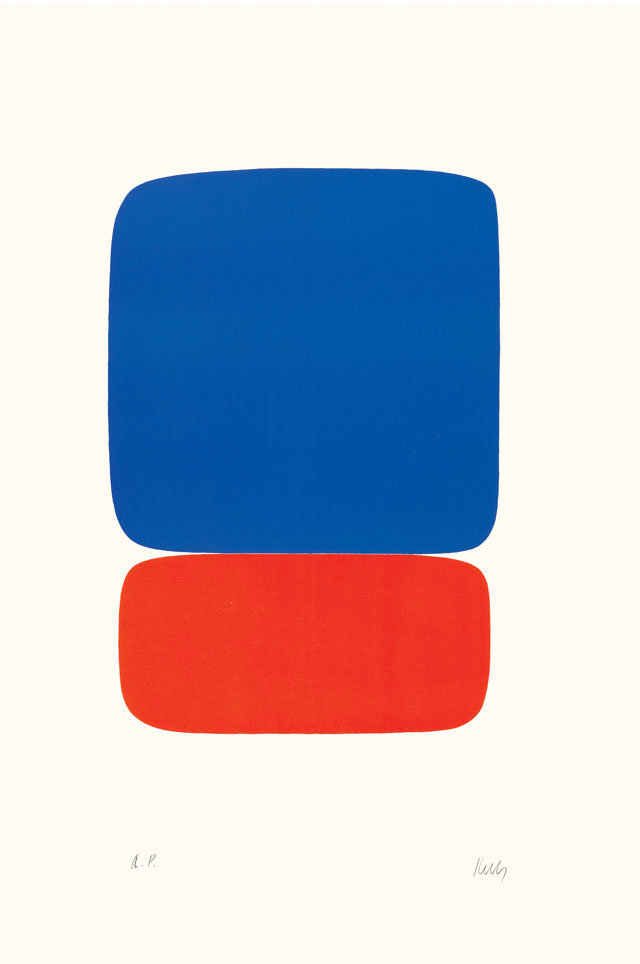 The colour lithographs are recognisable as Kelly productions to anyone with a passing knowledge of the artist: collections of rounded rectangles, stacked ovoid shapes and irregular geometric patterns, all suspended elegantly in white space, infused with a vivid Mediterranean colour palette of scarlet, amber and viridian blue. These images are sleek and minimalist, and might, at first glance, suggest Kelly took a rather conservative, or even unadventurous, approach to his first set of lithographs. However, their simplicity of form belies a more forward-thinking method: the laser-sharp definition of the subtly irregular forms, and their bold, vibrant colours speak to Kelly and Durassier’s technical accomplishment, pushing the medium to its limits for the time. The room’s small size plays to the prints’ strengths, emphasising their seriality, and evoking a sense of the artist’s playfulness and appreciation of experimentation with form, shape and colour contrasts. 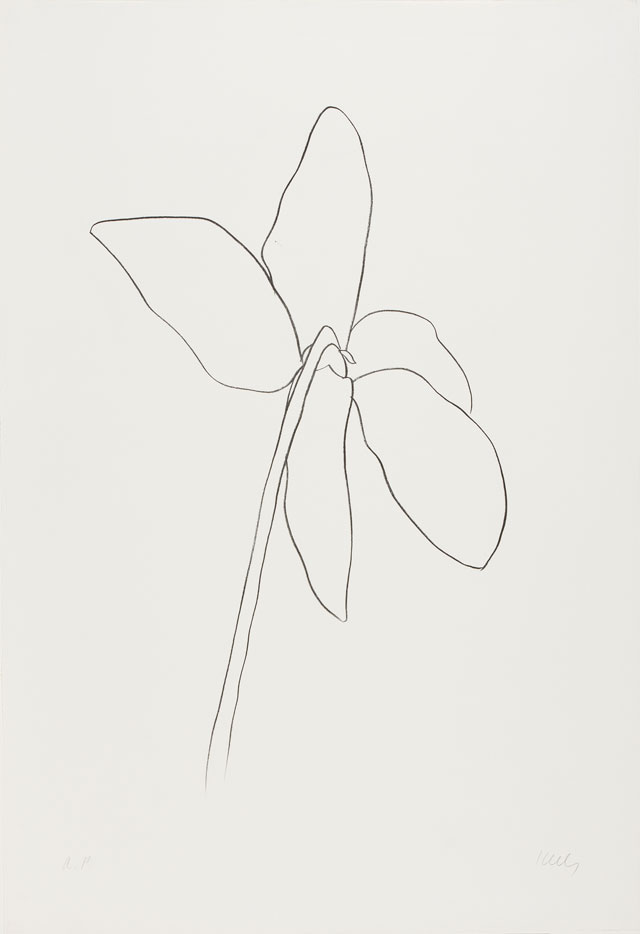 Kelly’s Suite of Plant Lithographs lie at the other end of the gallery space, and are both the spatial and stylistic counterpoint to which the exhibition title gestures. These still-lifes are intriguing, understated works, depicting leaves, stems and fruit suspended in white space. Spare, laconic and precise, these monochrome prints often rely on a single line to create the barest outline or contour of the object. However, despite their near-abstract simplicity, these plants are insistently individual, with varied idiosyncrasies of size and shape, arranged artfully into carefully considered groupings. These quiet, meditative prints raise intriguing questions about what we think we know of Kelly as an artist. Known now for his bold explorations of colour and for being in the vanguard of the hard-edge abstract painting style, these prints tell a different story. Kelly’s abstract aesthetic stems not from a place of high emotion or inner turmoil, as was often the case for the abstract expressionists, but rather from rigorous observation of the patterns, arrangements and colours of the natural world. 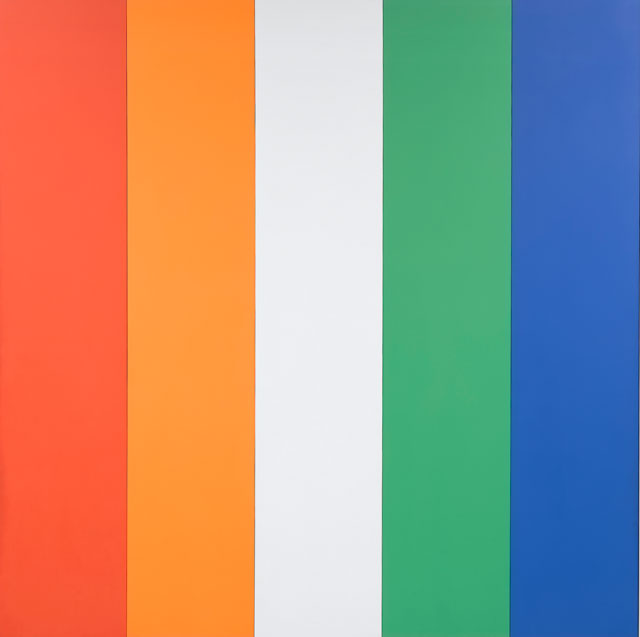 Standing between these two suites of prints is an antechamber featuring two large-scale works on canvas. Red Orange White Green Blue (1968), is an example of Kelly’s spectrum paintings, each carefully chosen hue painted in oil on its own stretched canvas to make a pentaptych. White Over Blue (1967), is a large-scale work across two canvasses, each painted a solid hue of the respective colour, arranged so the two supports slightly overlap each other at an angle. Both these works showcase Kelly’s interest in the physical characteristics of the support in relation to the environment in which it is placed. The view of the artworks change subtly as the viewer moves about the room, and White Over Blue is so large that the space it is placed in determines how the viewer will encounter the artwork: originally designed to be shown vertically within a geodesic dome designed by Buckminster Fuller at Expo 67, the Montreal World’s Fair, when it was acquired by the Norton Simon Museum there was no place tall enough to house it, so Kelly agreed for it to be placed on view horizontally. 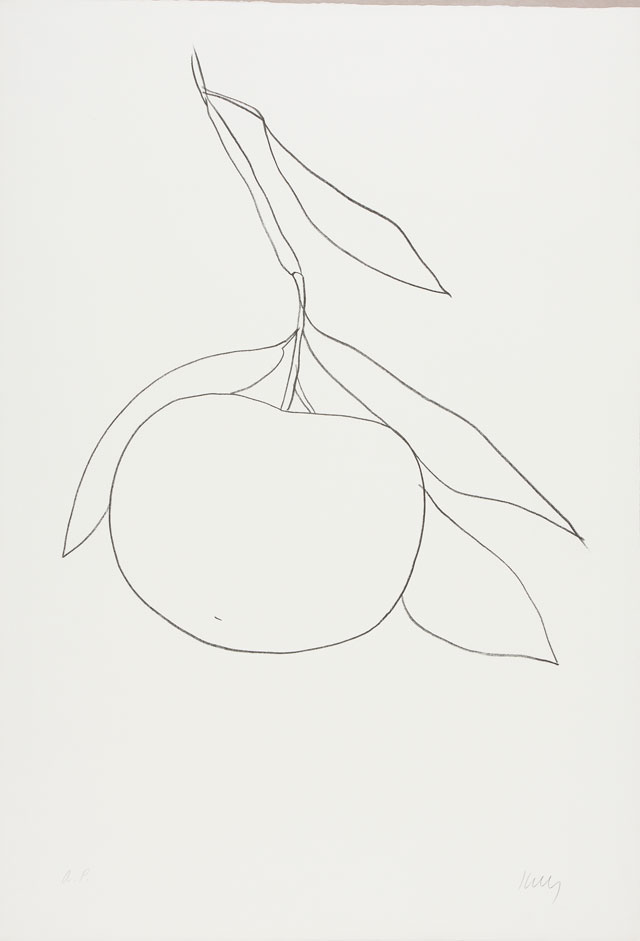 While the works on canvas are a welcome addition, on their own they fail to add much to the dialogue between the two suites of lithographic prints which lie at the core of this exhibition. These works helped to establish Kelly’s reputation as a printmaker, leading to his invitation, in the late-60s, to work at the then newly founded, and now celebrated, Los Angeles-based Gemini GEL workshop. Alongside Kelly, artists such as Robert Rauschenberg, Robert Motherwell, Roy Lichtenstein, Claes Oldenburg and Isamu Noguchi were drawn to the workshop’s array of sophisticated equipment, experienced printmakers and collaborative environment. The collaboration flourished into a 40-year working relationship that drove much of Kelly’s subsequent print-based practice. While other larger exhibitions have shed light on Kelly’s figurative work – the Metropolitan Museum of Art’s 2012 exhibition of plant drawings being a recent example – the show at the Norton Simon Museum is a rare chance to see some of Kelly’s earliest works in print, tracing a compelling link between his figurative and abstract work. 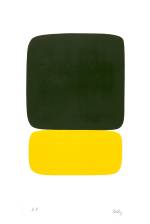 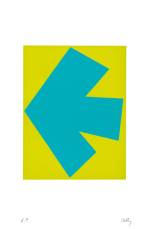 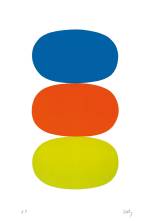 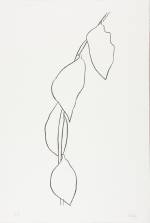