With more than 160 works, this ambitious retrospective highlights Knight’s considerable achievements in the context of women’s rights and her evident skill. What it fails to do is address the criticism that her work lacks substance

The charcoal portrait drawings that open this exhibition reveal a precocious talent. Astonishingly, Laura Knight (1877-1970) made these accomplished studies of young women soon after enrolling at Nottingham School of Art, aged just 13. Her ability to sensitively capture the physical likeness of her sitters was remarkable, though as this ambitious retrospective at MK Gallery demonstrates, she was much more than a portraitist. 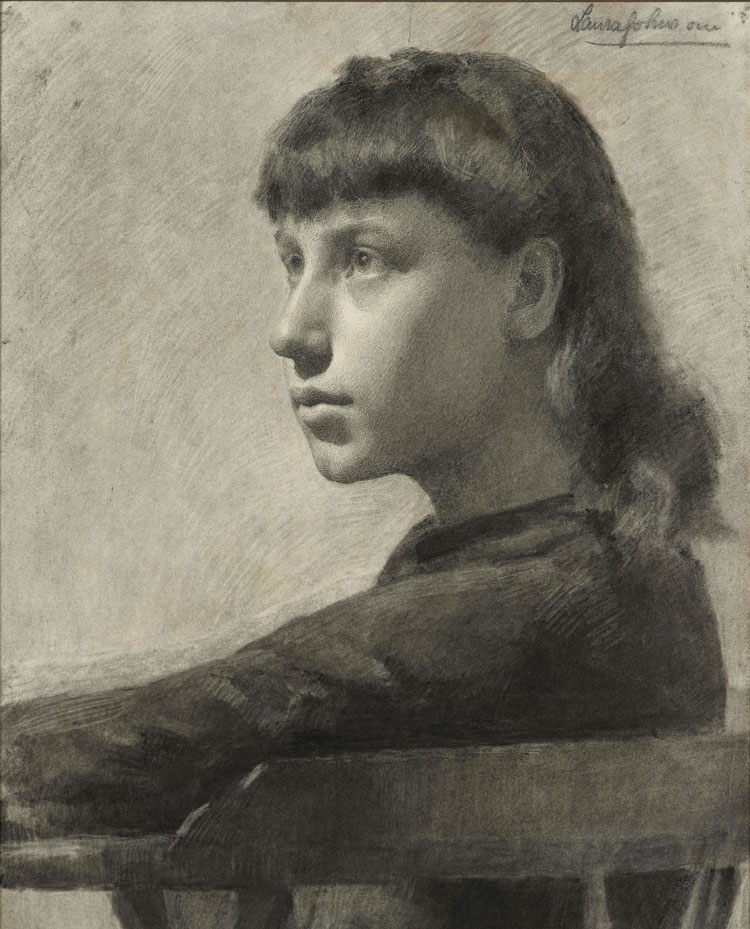 During her long and illustrious career, Knight painted fisherfolk on the Yorkshire coast, nudes in Cornwall, Gypsies at Epsom, African Americans in Baltimore, ballet dancers and circus performers in London, and, as an official war artist, female air service heroes and the accused at Nuremberg. This largest exhibition of Knight’s work since 1965 showcases the breadth of her extraordinary career, with its most outstanding inclusions reflecting her enduring fascination for the vitality of the human form.

Knight’s was a life of firsts: in 1929, she was the first female artist to be made a dame; in 1936, she was the first female to be elected to full membership of the Royal Academy; and in 1965, she was the first woman to be given a solo exhibition there. But since her death, her place in art history has been unsure. One problem is that she is so hard to pin down. A resolutely figurative painter, she was never avant garde and hardly a modernist, but neither was she academic. Furthermore, she consistently refused to cultivate a signature style, flitting between techniques and palettes with apparent abandon. Seeking “to highlight the contemporary relevance found in the diversity of her styles, techniques and subjects”, this long overdue survey goes some way to re-evaluating her practice, highlighting her achievements in the context of women’s rights.

In the 1890s, female art students were not allowed to draw or paint from life models and were forced to use plaster casts. Knight’s hatred of those figures remained with her for many years and perhaps accounts for the forthright series of female nudes that she painted in the landscape after moving to Cornwall in 1907. These airy bathing scenes could not be more different from the dowdy pictures of fishing folk and domestic labourers that she painted while living in the Yorkshire fishing port of Staithes a decade earlier. 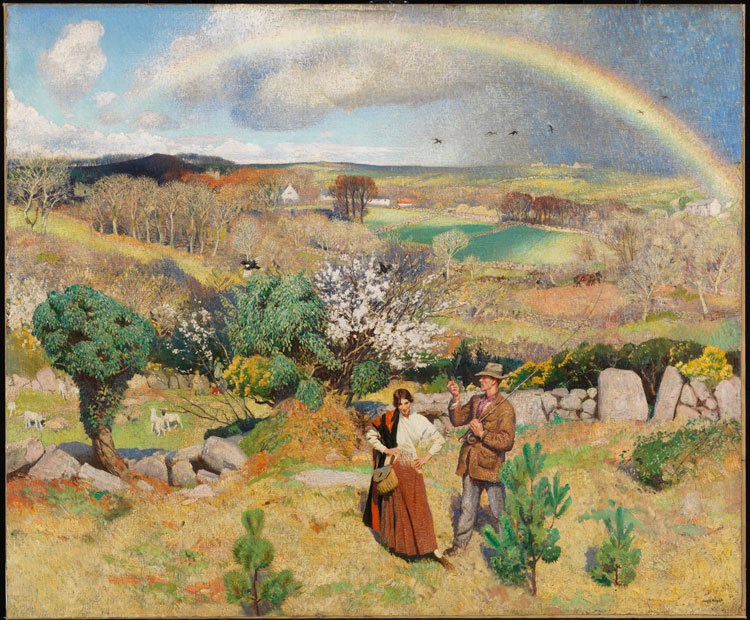 Finding her confidence with risqué works such as The Bathing Pool (1912), Knight’s celebration of female flesh caused quite a stir, which may explain her shift towards depictions of fashionably dressed young women standing on cliffs and rocks and looking out to sea. These small, pensive canvases, painted wet into wet with broad strokes of colour, are one of the exhibition’s unexpected highlights. Given their dates, The Dark Pool (1914) and The Cornish Coast (1917) seem haunted by the spectre of the first world war. Produced in situ with great sensitivity and observation, they reveal a masterful touch that is mostly absent from the large adjacent painting Spring in Cornwall (1914-35), an over-romanticised vision of the Cornish landscape complete with jaunty peasants and implausible rainbow. 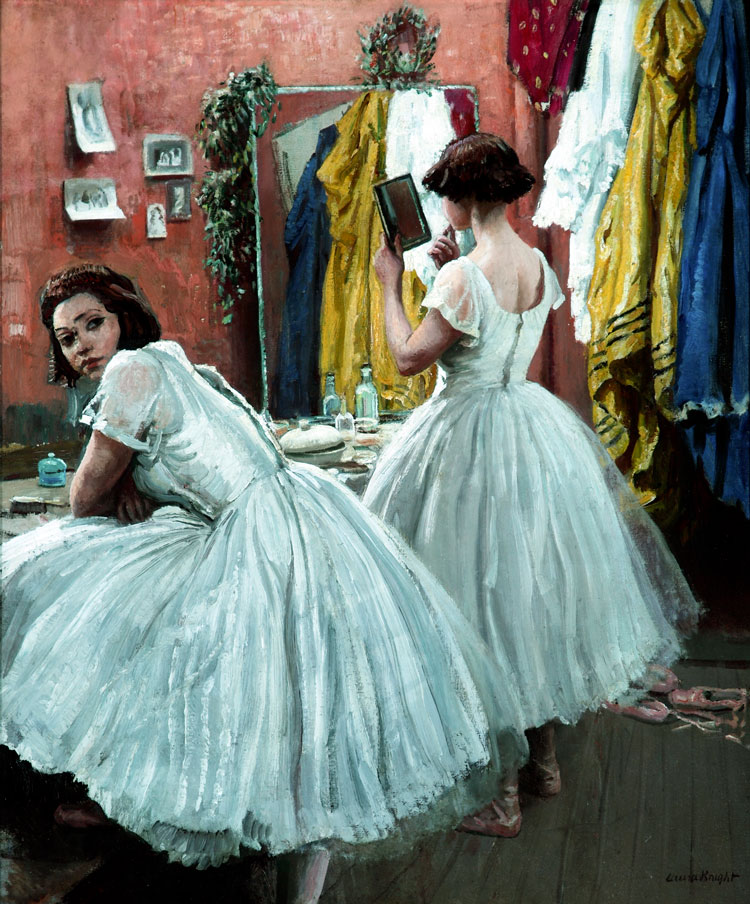 In 1919, Knight and her husband, the painter Harold Knight, moved to London, where she dived headlong into the capital’s social and cultural life, including the ballet that she so loved. An earlier trip to a dance academy had ignited her passion and now she made ballet a major subject of her painting. Her mercurial approach is well illustrated by a selection of paintings in varying styles showing dancers on and off the stage. The graceful performances captured in works such as Ballet – Le Carnaval (1912) and Karsavina in The Firebird (1919-20) would become secondary to backstage scenes, such as The Dressing Room at Drury Lane (1922), showing female performers readying themselves at their dressing tables. These pictures of private spaces speak to Knight’s affability and knack for winning over the trust of those she wished to paint.

Knight’s circus paintings are similarly the result of trusted friendships, with her most successful again focusing on life behind the scenes. In 1929, she accompanied The Great Carmo’s Circus on the road, spending hours sketching and painting its acrobats, clowns and animals. Some of these works are outlandish, such as Charivari (1929), a risible scene that compresses the entire circus into a single preposterous image. Indeed, even Knight was dissatisfied with it. More interesting are her paintings of clowns; shown in full makeup but away from the ring, these quiet depictions of auguste and whiteface performers in moments of conversation and contemplation reveal a rarely seen side of circus life.

Laura Knight, Gypsies at Ascot, Undated. Oil on canvas. On loan from and photo courtesy Hereford City Museum © Reproduced with permission of The Estate of Dame Laura Knight DBE RA 2021. All Rights Reserved.

As her backstage paintings suggest, Knight was drawn to those on the fringes of society. This is best exemplified by her portrayals of Gypsies she met during race meetings at Epsom and Ascot in the 1930s. They are painted in a modern realist style, and Knight pays great attention to the appearance of these Roma women, carefully rendering every detail of their shawls, patterned skirts and headscarves. Although the women in paintings such as Gypsies at Ascot (undated) appear as stereotypes, they are in fact accurate depictions of “wagon time” Gypsies in their fair-day dress. Indeed, Knight knew many of these women by name, portraying them as strong, defiant characters. But, as Damian Le Bas notes in the catalogue, she tended to romanticise their lives, often finding her subjects “in the sunniest of moods”.

Another marginalised group that attracted Knight’s attention were the African-American women and children she met in racially segregated hospitals in Baltimore, US. The tender portraits in various media that she produced in 1926 are notable for their dignity and nuanced renderings of black complexions. Indeed, in portraits such as Chloe (1926) there is no hint of the crude, reductive caricatures of black people that were so prevalent in the popular culture of the day. Yet, though she attended a civil rights meeting with one of her sitters, Knight’s own account of her American trip in her autobiography is peppered with racial slurs and derogatory language – a stark reminder of the period’s racial politics, which sadly still linger today.

By far the most famous works here are those Knight produced during the second world war for the War Artists’ Advisory Committee (WAAC), by which time she was a well-established artist. Several commissions featuring capable women undertaking vital war work are included, such as the hugely popular Ruby Loftus Screwing a Breech-Ring (1943), which depicts the 21-year-old who had become the first woman to master one of the most difficult tasks in the production of the Bofors anti-aircraft gun. The WAAC recognised the value of Knight’s art as a publicity and recruitment tool and, as such, these works have an illustrative appearance tinged with the air of propaganda. The war heroes Elspeth Henderson and Helen Turner of the Women’s Auxiliary Air Force, whom she painted in 1941, look awkwardly staged, and other works, too, have the feeling of re-enactment.

Laura Knight, Unfinished Portrait of Vijayalakshmi Pandit, unfinished at 1970. Oil on canvas, on loan from and photo courtesy Royal Academy of Arts, London. © Reproduced with permission of The Estate of Dame Laura Knight DBE RA 2021. All Rights Reserved.

Knight enjoyed great popularity in her day. Her success and determination to create a professional identity at a time when female artists were treated as amateurs, and equal voting rights were still to be won, undoubtedly paved the way for greater recognition of female artists. With more than 160 objects, this retrospective is remarkably comprehensive. Yet despite her outstanding skills, much of Knight’s art is lacking in substance. As one reviewer in 1939 put it: “[Knight] paints jolly subjects in a fine, fresh, hefty way, but there is no intellectual stamp upon her work.” That criticism stuck and you leave the exhibition wondering if Knight’s place in art history has been made any more secure. 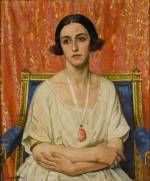