In the first of its exhibitions to celebrate its 50th birthday, the museum focuses on the examination of time and temporality by artists including Yoko Ono, Pierre Huyghe and Elizabeth Price

You enter Modern Art Oxford through a garage-like concrete passageway, the high ceiling hung with bunting, which indicates that celebration is afoot. This year marks the 50th anniversary of the city’s only public modern art gallery, and the flags fluttering at the entrance are based on designs for vintage exhibition posters from the gallery’s star-studded history. It’s an impressive lineup: among the many artists whose canonical importance has been cemented since their shows at the gallery are Richard Long, who exhibited there in 1971, Sol LeWitt in 1973, Joseph Beuys in 1974, Donald Judd in 1995, Marina Abramović that same year, and Jake and Dinos Chapman in 2003. The gallery opened as Bear Lane Gallery in a former brewery on Pembroke Street, Oxford, in 1966; it became the Museum of Modern Art Oxford in 1974, and was unveiled as Modern Art Oxford – losing any hint of glass-case dustiness in favour of a simple edginess – in 2002, when Tracey Emin held a solo show at the gallery.

This year’s anniversary celebrations, entitled Kaleidoscope, comprise a series of exhibitions throughout the year; each new show will replace the last gradually, so that during the transition guests can watch the installation of new pieces while they admire what remains of the previous exhibition. Complemented by several live performances in the gallery by the absurdist performance collective Dog Kennel Hill Project, the bold first show, The Indivisible Present – the title comes from a quote from Leonardo da Vinci – focuses on six artists’ examinations of time and temporality.

Throughout its history, Modern Art Oxford has focused on the experimental, regularly foregrounding media often sidelined at public galleries, such as graphic design and video art. The latter forms the linchpin of this excellent exhibition, with a mix of classic works and contemporary pieces. The atmosphere throughout is ethereal and spooky; the exhibition begins in complete darkness, in a huge dark room, with special sound buffers on the walls, and a sinister rumbling filling the space, occasionally interrupted by piercing beeps, which pulsate menacingly. The film playing is Pierre Huyghe’s De-extinction (2014), and the rumbling is the heightened audio of the artist’s fleet of slow-moving macro and micro cameras, trained on the bizarre, enlarged image of two insects, encased in the amber of tree resin that caught and froze them in the act of reproduction more than 30m years ago.

Shown in the French artist’s solo show In Border Deep at Hauser and Wirth in 2014, the work was rather overshadowed by Huyghe’s strange and compelling film Human Mask, in which a monkey, trained as a waitress, moves alone around a deserted restaurant in Fukushima after the 2011 nuclear disaster. But here, given space on its own, the film achieves its full discomfiting, dreamlike effect; as the cameras slowly move around the resin, this tiny world, in its deep ochre colours, is opened up. The tiniest structures within the amber – dirt particles, bubbles of air – become worlds of their own, this minuscule structure becoming like a microcosm of the whole solar system. As the title suggests, a fleeting moment from the Earth’s ancient history, caught by accident, here returns to life, newly and strangely animated.

Two other video works slow down time to disquieting effect. Yoko Ono’s Eyeblink (Fluxfilm No 9) (1966), shown at the artist’s 1997 solo show at the gallery, is a strange self-portrait: the artist’s own eye, filmed close up, stares out at the viewer, blinking in slow motion: an everyday moment enlarged and repeated. In an adjacent room plays Douglas Gordon’s 1993 conceptual work 24 Hour Psycho, in which the 1960 Alfred Hitchcock thriller is decelerated to play over a 24-hour period. The film was shown in the gallery’s 1999 exhibition Notorious: Alfred Hitchcock and Contemporary Art, and has been described by Gordon as an act of affiliation with the film-maker, rather than appropriation. As I enter, by coincidence, the doomed Marion Crane is just turning on the shower. The protracted perspective adds an increased, painful air of tension and inevitability to the notorious scene; there’s time to focus on every drop of water gushing from the shower head, while each change of angle is a shocking jolt, as the frames shudder across the screen, becoming a sequence of fast-moving stills rather than a continuous shot. As Don DeLillo wrote in his novel Point Omega, in which a character becomes obsessed with 24 Hour Psycho: “The slightest camera movement was a profound shift in space and time.”

Hanover-born artist Viola Yeşiltaç presents several images from an ongoing series, I Really Must Congratulate You on Your Attention to Detail, especially chosen for this exhibition. Each is a photograph of a flimsy sculpture made from coloured paper – two pieces of blue paper standing against each other, or an origami sculpture of pink or orange – taken the moment before it inevitably collapses. If Yeşiltaç’s work offers permanence to something transient, John Latham – with whose work hers is juxtaposed here – does the opposite: for more than 50 years, his practice involved burning books, the permanent repositories of learning, and presenting their charred remains as sculptures. While Yeşiltaç’s papers defy their own destruction, Latham’s sculptures flaunt it. The works on show here are from his “skoob” series (books spelt backwards). In Drawer With Charred Material (1960), a drawer stands upright, filled with the corpse-like remains of books: a hollowed crevice stands where the pages have completely disintegrated, while gold flecks amid the burnt brown are the vestiges of luxury bindings. Latham courted controversy throughout his career: in the 60s, he famously held a dinner party for students at which they chewed up Clement Greenberg’s theory book Art and Culture and spat out the remains for Latham to distil into a tube. The only non-living artist in this show, Latham died in January 2006, in the midst of a furious row with the Tate Modern, which refused to show his work God is Great – burnt copies of the Bible, the Talmud and the Qur’an split through a sheet of glass – in a retrospective.

Yeşiltaç, Gordon, Ono and Huyghe’s works celebrate the individuality of each moment, a riposte to the fast-paced demands of contemporary life. In sharp contrast to these slow works is one about speeding up time: Elizabeth Price’s ironically titled Sleep (2014). Referring to the standby mode on never-sleeping digital devices, the 10-minute video piece is frenetic, hyperactive, exhausting to watch. Constantly flashing with images of clapping hands, clicking fingers, of women posing in fishnets and gaudy leggings (from hosiery packaging), and words blinking onscreen in fast succession (a text display known as the RSVP format, designed to maximise productivity via digital speed-reading), the piece demands the viewer’s utmost concentration. Spliced into the stream of images are a series of archival images of the sun, which flash relentlessly onscreen, never setting to allow sleep. Price, who won the Turner Prize in 2012, will show new work around the corner at the Ashmolean Museum in March; from the bright yellow nail polish on the disembodied hands to the tiny clashing of cymbals on the discordant soundtrack, this work is a synthetic triumph.

The rest of the year sees exhibitions featuring work from such artists as Abramović, LeWitt, Long and Metzger – a mix of works from the past and new commissions. A glance back through the gallery’s history, encouraged by a display of archival materials in the cafe, reveals its constant position on the cutting edge throughout the second half of the 20th century; as well as treats in themselves, these birthday exhibitions are reminders to pay attention to the young artists whose work this influential little gallery showcases today. 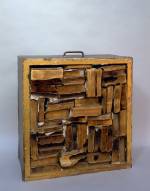 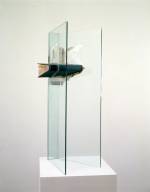 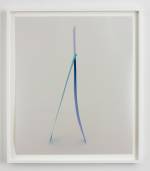 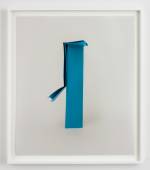