Joel Shapiro: ‘As an artist, you are synthesising the stuff around you in a way that engages you’

Joel Shapiro: ‘As an artist, you are synthesising the stuff around you in a way that engages you’

The influential American sculptor, now in the fifth decade of his career, brings out his wood wall reliefs from the late 1970s for their first survey exhibition, at Dominique Lévy in New York, along with a new installation 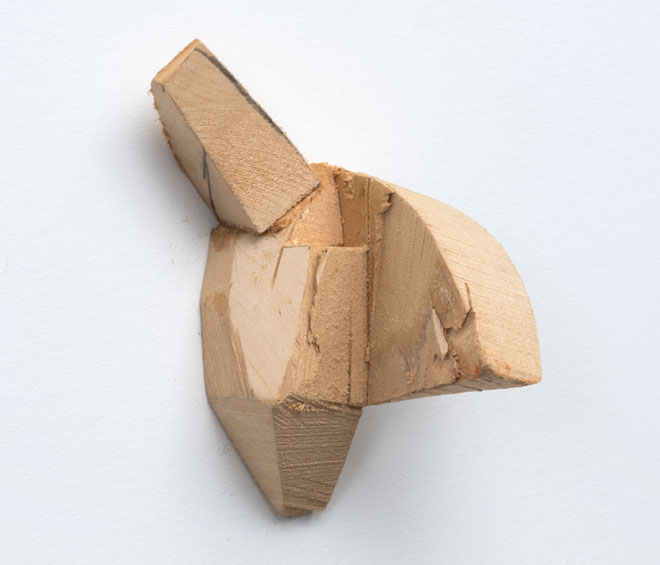 While minimalist geometric structures have been at the foundation of Joel Shapiro’s practice since his first solo exhibition at the Paula Cooper Gallery in 1970, the series of wall reliefs he made between 1978 and 1980 offer a particular quality within his overall body of work, and are for the first time being shown together as a complete group. Made from wood  – Shapiro’s staple material – and painted using a wide palette, the curved and rectangular shapes that balance from the wall appear weightless and buoyant. The sculptures are playful and delicate and, clustered together as a group, create a scale that magnifies the diminutive nature of each individual structure.

Other than these early works, Shapiro has created a new installation that consists of three primary-coloured large-scale wooden reliefs. Appearing to float at different angles, the pointed triangular and rectangular forms occupy an entire gallery. A small selection of plastercast works are also on display, positioned on the floor.

The artist, who was born in New York in 1941, came to attention with a series of works that preceded the wall reliefs in this exhibition: the bronze “running man” sculptures from 1976 to 1977, which were celebrated for their sense of density and grandeur, while measuring little more than 25cm (10inch) each.

Earlier this year, Shapiro showed new work, including drawings, as part of his exhibition at the Nasher Sculpture Center in Dallas.

Allie Biswas: What was the reason for showing these sculptures [at Dominique Lévy] from the beginning of your career?

Joel Shapiro: Nobody has looked at them. They didn’t know that I made these works. People often identify my work with bronzes and large public work, and they’re not aware of the more intimate side. I think that is what drew Olivier Renaud-Clément, who organised the exhibition: their smallness, their compactness. They are gentle works. They have never been gathered together before.

AB: Do you recall your experiences of making them?

AB: How do you perceive the works now?

JS: They are playful and engaging. They interest me a great deal. At the end, as an artist, you are synthesising the stuff around you in a way that engages you. You don’t quite know what you’re doing. You only figure it out when you make the work.

AB: The new installation you have made, consisting of three parts, is especially striking in terms of colour.

JS: Those colours are more sophisticated – I’m older! They were tough forms. I wanted them to be monochromatic. The paint has been applied so that it is very transparent. I didn’t want to deny the wood. You can still see the grain. I didn’t prepare the wood at all. I didn’t even put a sealant on it.

AB: Wood has been a very important material for you. What has sustained your interest in using it?

JS: I’ve been using wood since for ever in my work. It’s not even malleable, but I do think that it is easy to control. It has its own quality, and it is natural. In this case, for the big installation, we used the thinnest plywood and spruce. It’s a practical material.

AB: The installation has a weightless quality to it, which is seen throughout your work over the decades.

JS: My early work was all about density and weight. But I don’t want the work to be ponderous. That was one of the points about using colour in this installation. I wanted the red work to have some kind of dreamlike state about it, some mystery. There is some figurative reference there. You have to watch out with colour. It can become a question of decoration and taste. You have to choose a colour that corresponds with your intent. In an ideal world, you would take a colour and use it, and that is exactly what would happen. But it is not an intellectual decision; it is emotional. I would say that it is pretty much about the colour unfolding as you work. And colour can, of course, change you how perceive the form.

AB: What was your thinking for how to install the small wood relief works?

JS: For the little ones, I was trying to cluster them. Some of them I wanted to install freely, so they danced around. I showed in the UK, in 1980 or 81, at the Whitechapel Gallery. Nicholas Serota curated that exhibition. I remember putting some of these wall reliefs in that show. Originally, I would put just one on the wall, and on either side there would be 15 feet of empty wall. This show is more cheek-by-jowl. It is work that I did a long time ago, so why not look at it in a different way?

But it does become a tough installation to put up 50 pieces. One way is to do it systematically, but I wanted to do it in a more expressive way. I don’t think that these works are so bound up as the other works I made, such as the little houses and chairs. Those were the pieces that had such intense scale changes, so that work was much more frightening to show. They were insistent. I don’t think these works are quite as emotionally laden.

AB: The exhibition also includes a few of your plasterworks. I like the way that they are positioned on the floor.

JS: For the plasterworks, I was interested in the isolation of a thought. It has to do with casting. I was trying to make a form that was defined by external form. So I built the external form and then poured the material into the form. The surface of the form references something that isn’t there. You could read them as a form in space, and a space that has an external boundary. But that is complicated thinking and I don’t think those things are critical to the understanding of the work. But I do think that kind of input affects the perception of the work.

AB: How do you feel at this point in your career? Did looking at these earlier works invoke any particular feelings?

JS: I have the same level of anxiety now as I did then! I think that you are always questioning what you are doing and trying to reach into unknown places. There are moments when the work looks good, and other times when you think, what am I doing? When I made the small pieces, I made them all myself. They were manageable. They didn’t demand that much. But the big pieces in the new installation involved a high level of woodwork, so I had to work with my assistant on that. Once I get to a certain size, there are obviously structural issues. That would be the big difference in terms of how I work now. You know, when I first started, I was living in a miserable little studio in Leonard Street, in downtown New York. That is all that I did. And that is all that I do now! It is endless work, and endless challenge. 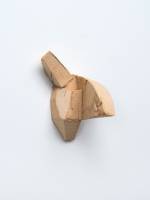 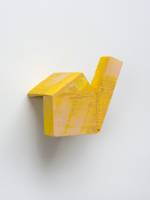 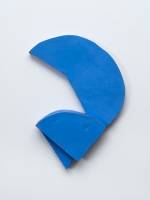 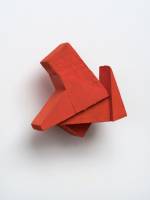 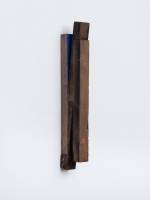 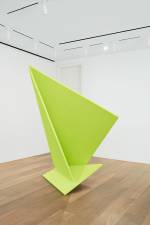 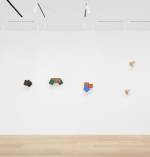