Jennifer Wen Ma – interview: ‘Throughout history, humans have been trying to break into or out of a paradise or utopia’

Jennifer Wen Ma – interview: ‘Throughout history, humans have been trying to break into or out of a paradise or utopia’

The artist talks about her new installation, Molar, at Cass Sculpture Foundation, created as a place of reflection on a disintegrating utopia

Jennifer Wen Ma (b1973, Beijing) works across a variety of media, including installation, video, drawing, performance, public art and fashion design. Chosen from more than 500 applicants, she was one of the seven members of the core creative team for the opening and closing ceremonies of the Beijing Olympics in 2008, as well as the chief designer for visual and special effects. Last year, her opera Paradise Interrupted,with composer Huang Ruo, premiered at the Spoleto Festival USA following a special preview at the Metropolitan Museum of Art.

Many of her works take landscape or nature as their subject matter and her new site-specific commission, Molar, for the group exhibition of 16 Chinese sculptors, A Beautiful Disorder, at the Cass Sculpture Foundation, offers a place of reflection in a disintegrating utopia, where beauty and destruction cohabit, and inspiration can be drawn from the diseased as well as the prosperous.

Wen Ma talks to Studio International about her new work and her wider practice, now split between Beijing and New York.

Studio International also spoke to the Cass Sculpture Foundation’s curatorial director, Claire Shea, about the concepts behind this first international group exhibition and the global success of this young generation of Chinese artists. 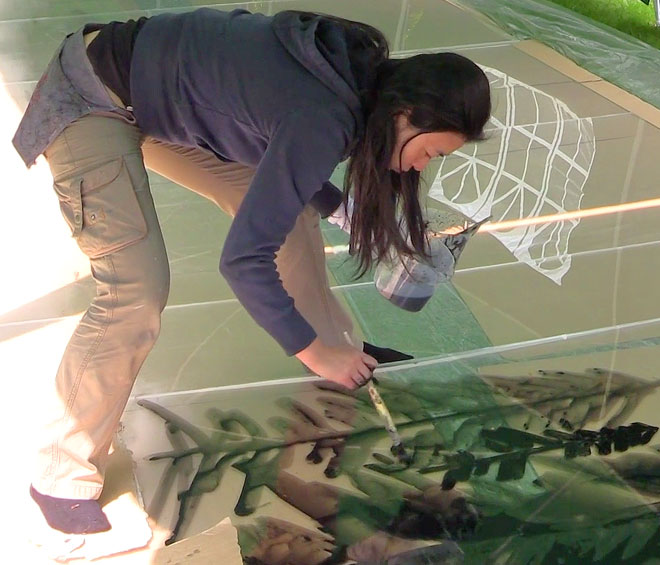