Deborah Najar’s carefully considered and sensitive choice of Highstein’s works is accompanied by short videos, photographs, archival material and correspondence between the artist and her father 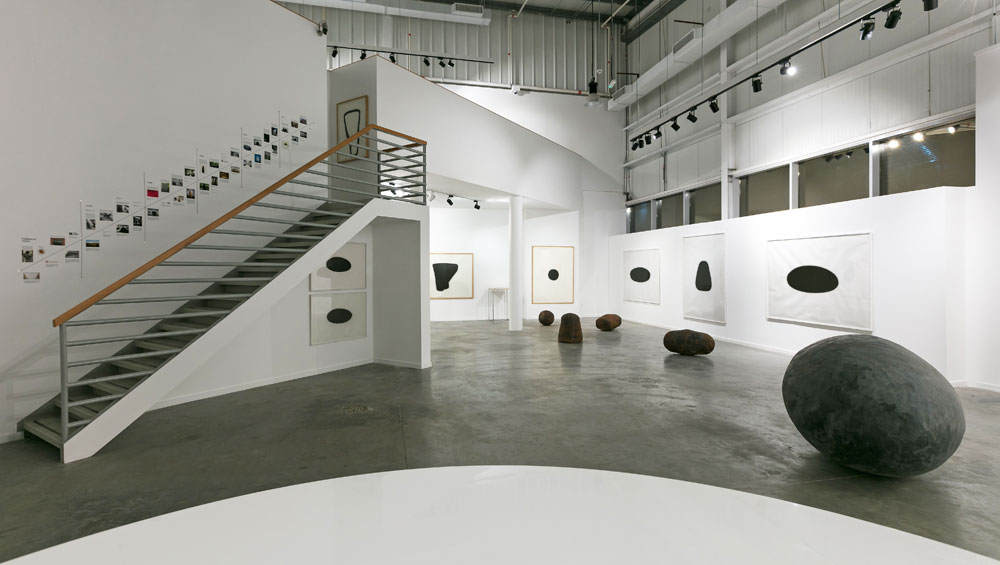 The late Jean-Paul Najar’s extensive collection of European and American post-minimalist art consists of work he had fallen in love with by artists he had befriended, the relationship one of enduring mutual commitment. This very personal amassment – some artists are well-known, others less so, or less so now but are being rediscovered, reassessed – was started in the late 1960s and has been the focus of the exhibitions shown at the Jean-Paul Najar Foundation Museum in Dubai since it opened in 2016. The shows are often curated by his daughter, Deborah Najar, frequently in collaboration with the artists, most of whom are still active. Part of an ongoing series that purposefully has embraced a historical perspective, showcasing art not often seen in the Gulf region, the latest venture is a survey of sculpture and works on paper by Jene Highstein (1942-2013). Called Space and Place, it concentrates on Highstein’s production during the 70s and 80s, the first two decades of what would be a 50-year career, with the bulk of the work from the 70s. 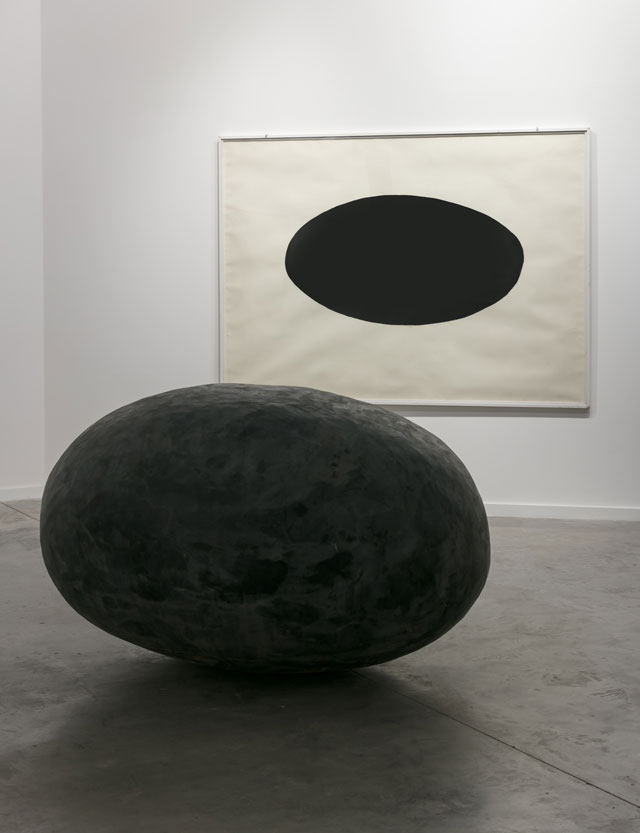 From the Najar collection and the artist’s estate, the selection touches on several aspects of Highstein’s practice. However, the anchors of the show are the forged-steel forms, a black cement ovoid (they tip the scale at approximately 300 kilos up to 1,000 kilos, a surprisingly great weight given their relatively modest size) and a stretched upright conical shape of black walnut, all placed directly on the floor. 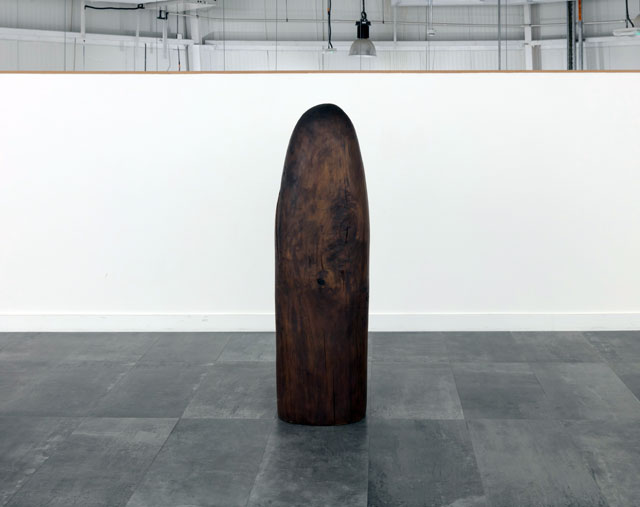 Toggling between the irregularly geometric and the somewhat biomorphic, the abstract can be read organically, suggesting boulders or tree trunks or totems, then revert back towards the abstract. This type of weighty sculpture, often of imposing size, are the works he is best known for, but he produced far more, his output of varying materials and ranging in content, as he consistently challenged himself. Highstein also worked well in a gamut of sizes, not afraid of going big – but also not afraid of the small – all characterised by a sense of extraordinary physical presence, of being unmistakably there, in the world. 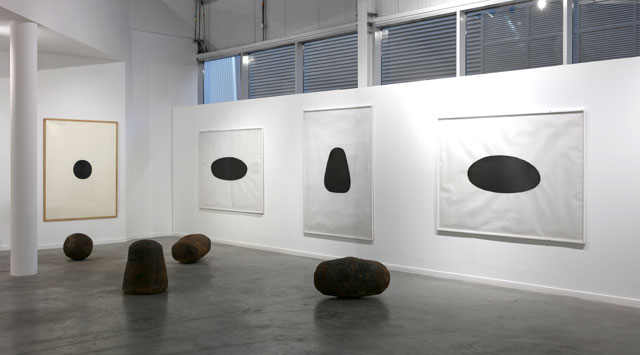 The forged steels, from 1978, their surfaces of deep, modulated greys, a little gritty, discoloured here and there, are signs of ageing and wear and tear, of their history that the artist said he welcomed. They are arranged on the floor in a careful sequence in which each interacts with the other, with the architecture of the space and with the drawings on the wall. Also of single forms, the drawings are executed in velvety-black bone pigment and are works in their own right, not studies as such, chosen to engage the floor pieces in lively and, at times, revelatory conversation. Nonetheless, they also represent a process, a kind of visual thinking that helped Highstein find new creative resolutions in his continuous search for significant form. 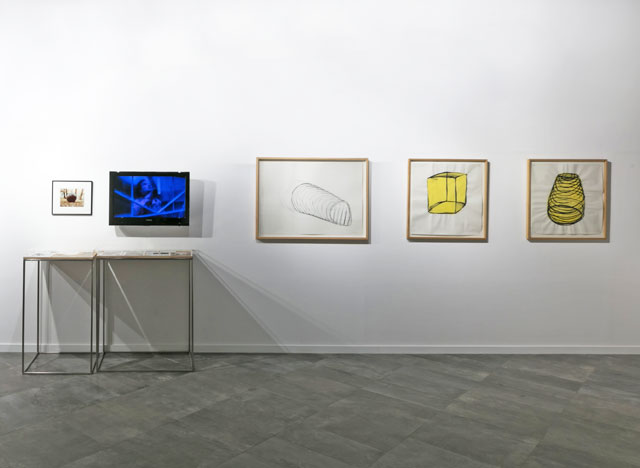 Deborah Najar’s carefully considered and sensitive choice of works shows us a sensibility grounded in the substantive and palpable, even the architectural, the basis for a major part of Highstein’s oeuvre. But he was also drawn to fragility and the fleeting. Some of his last works focused on natural phenomena such as tornadoes, translating powerful forces into sculptures that optically resonate between movement and stillness. There is an untitled drawing from 2006 – one of the latest works in the show – that suggests a beehive, and a vortex, a whirl of wind, coloured a brilliant, beautiful yellow and appearing transparent. Next to it is a cube outlined in black that is similarly hued and also appearing transparent. Both are related to the works in clear glass that he began to make around that time. Highstein was always keenly interested in materials: wood, stone, concrete, steel, but also glass, and in one notable instance, ice, in which he constructed a soaring ice house in Finland in collaboration with the architect Steven Holl. 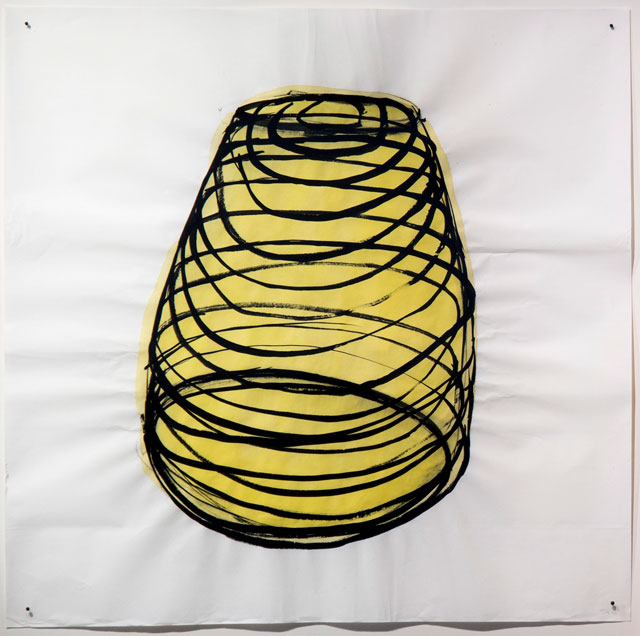 To establish a context for the works, Najar has helpfully included short videos, photographs, correspondence between Highstein and her father, other archival materials and an informative timeline of Highstein’s artistic life, whose first solo show was in London, at the Lisson gallery in 1968. Included is a picture of the young Highstein taken by the collector at a foundry in St Etienne in 1978, as the forged steel pieces shown here were being fabricated, an embodiment of the 1970s hands-on, convention-shattering artist. 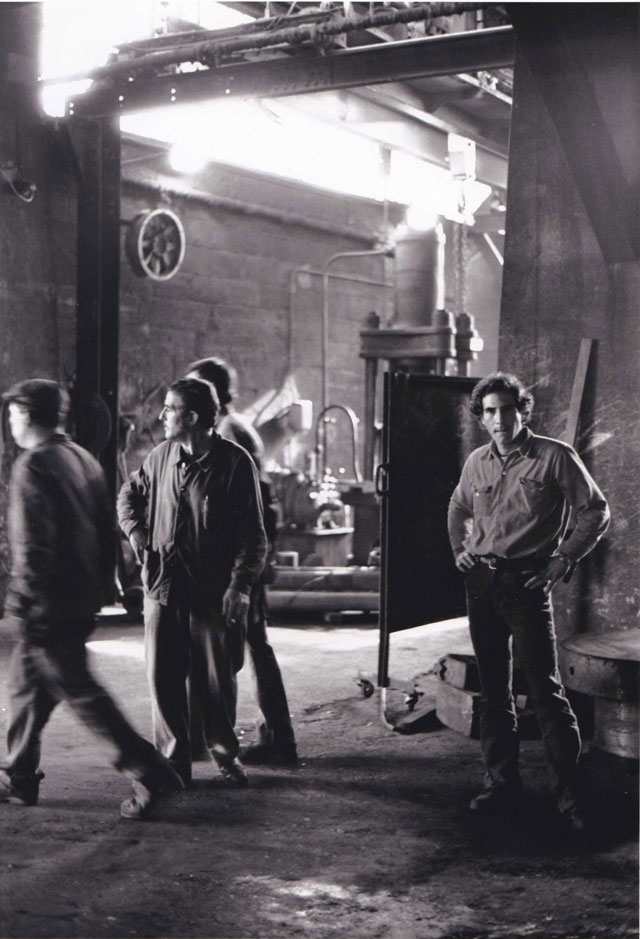 The JPN Foundation Museum, aptly, seems to reprise a semblance of an industrial SoHo loft, although certainly more elegantly and immaculately. Yet a whiff of SoHo in its pioneering glory days wafts over the exhibition, as the renegade, anarchic 112 Greene Street gallery is evoked, with its roster of super-articulate artists that included Highstein, Gordon Matta-Clark, Alan Saret, Richard Nonas, Vito Acconci, Richard Serra and others, many of them in the Najar collection. As the art and artists of the 70s become of interest again, that period’s determinedly non-market-oriented philosophies might offer another, more inspiring and sustainable model for exhibitions and art world institutions, in particular in areas of the world where art has become market’s conjoined twin. Such a concept might once more be seductively radical, if also impossibly utopian. 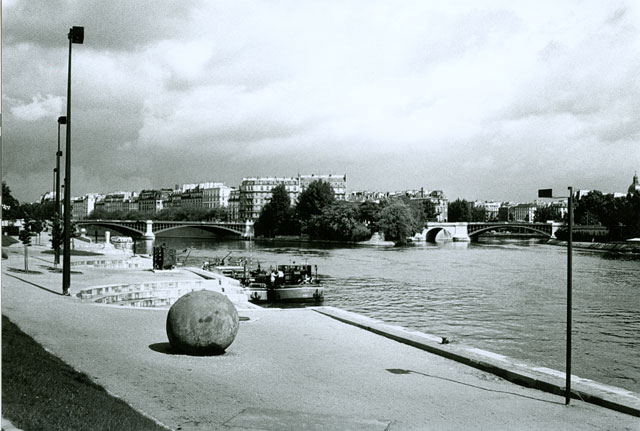 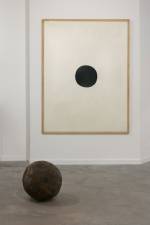 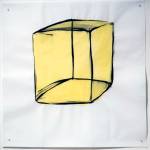 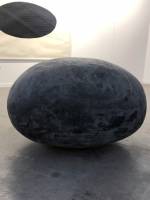