Crossing the Line 2: Drawing in the Middle East

Crossing the Line 2: Drawing in the Middle East

Crossing the Line 2: Drawing in the Middle East – intersections of trans-disciplinary practice and understanding was organised by Dr Irene Barberis, director and founder of the Global Centre for Drawing in Melbourne, Julia Townsend, professor of visual communication at the American University in Dubai, and Dr Marcelo Guimarães Lima, director of CEPAOS Arts and Culture Center, Brazil.  It followed Across the Gulf (2008-9) and Crossing the Line 1 (2011). Crossing the Line 2 brought together specialists from a number of fields of research and practice to examine the role of drawing in the Middle East. It looked at drawing as a medium, a tool, notation, performance and as a specific mode of thinking and imagining in the processes of invention, production and reproduction and communication within and across fields and disciplines: from art to science, from technology to ideology and cultural practices. In addition to papers on drawing practice and theory, there were eight artist’s talks.

The Global Centre for Drawing initiates and produces drawing projects around the world, which seek to avoid the cumbersome nature of large-scale academic conferences, preferring to work quickly, and to capture the spirit of artistic practice in societies in flux. The first conference succeeded, but the organisers wanted an ongoing dialogue so expanded and developed the project for a second. Artists and academics were selected from submissions from art schools and universities within the Middle East, including the American University in Dubai (AUD), the American University of Sharjah and Zayed University, and a number came from universities in the United States. Their papers and artist’s talks were mostly based on significant personal and academic experience of the Middle East.  Further speakers and artists came from Australia, the UK, Portugal and Cyprus; a significant number, including those who had been students or graduate students from Dubai and Doha in Qatar at the time of the first conference, attended the second. Saba Qizilbash from Pakistan, and now a professor at American University in Dubai, presented her artwork and provided great insight in to the numerous roles a female artist is required to play.

Crossing the Line 2 included several exhibitions. Location, curated by Barberis at the Jam Jar gallery, comprised 34 works by invited international artists and the conference speakers, and On Location included student works from the New York-based Rome Art Program, founded and directed by Carole Robb. The results of workshops held before the conference were exhibited on the AUD campus. Geometric Aljamia: A Cultural Transliteration,a group exhibition featuring works by Reni Gower and Jorge Benitez, both of Virginia Commonwealth University (VCU), Richmond, US, Julia Townsend and visiting artists from Afghanistan, was held at Total Arts Gallery, Dubai. The large paper-cuts by Gower dominated the space, remarkably evocative abstract works that resonated with a spiritual power. The exhibition explores the connections between Europe, the Mediterranean basin and the Middle East by addressing the fundamental geometry embedded in 2D art. Aljamia is the adaptation of the Arabic script to transcribe texts in European languages. Aljamia manuscripts have long played a significant role in preserving Islam and the Arabic language in the west. By understanding the visual arts as a transliteration of one form of thinking to another, the exhibition revisits the continuing impact of Islamic art, science and philosophy in the modern world.

Under the direction of Susan Schüld, professor of theatre at VCU, Geometric Aljamia and Reclaiming the Wild Colours of our Voices resulted in performance pieces with Benitez at the conference and at Jam Jar gallery. Benitez stated: “As a native speaker of Spanish, I am keenly aware of the amount of Arabic that exists in my language. Many of those words cross into English. After the events of September 11, I wondered how two cultures that shared so much could come to such a terrible moment, and I began to seek an artistic understanding of the tragedy. There had to be some common ground, something beyond religious, cultural and national differences. I looked into the past to find those moments when the west and the Middle East informed each other in ways that are all too often relegated to the history books. Eventually I learned that the Renaissance discovery of linear perspective owed a great deal to Arab experiments in optics.”

In the 30 years since my first survey of contemporary drawing, the definition of drawing has changed beyond measure: conceptual, spatial and subjective, and employing a wide range of materials beyond the traditional. What has not changed, in my view, is the fact that drawing is the most sensitive tool for exploration, the most immediate form of expression and, in turn, the most effective way to define self. Drawing enables the exploration of identity and enables shifts in one’s perception of life, to reposition oneself when faced with change and loss. Perhaps an obvious example is how we adapt to a new place, how we learn to define ourselves in relation to the circumstances brought about by moving cities or through migration, both disorienting and challenging experiences. In the context of Crossing the Line 2 at the AUD, the city itself forms an appropriate backdrop for a society in flux, where the student body is made up of young men and women from many cultural backgrounds. Here, the projects that employ drawing as an appropriate means to explore self and one’s identity were eagerly absorbed.

In my keynote paper: Drawing on Two Worlds: The Osgood Suite, I quoted Tania Kovats from her book Drawing Water: Drawing as a Mechanism for Exploration, a collection of drawings and writings connected by the sea. She describes her drawing practice as “the shelter I run from and return to”. It is a journey pulled by the tides, blown by changeable winds. The works can be likened to a chart of intersecting lines that crisscross over the water. “I draw to find my way out. Drawing fills the space,” she says. “I see drawing as a way of thinking and also evidence of thinking; of going from one place to another. One draws to define one thing from another.” However, to qualify the possibilities in contemporary drawing practice, Kovats quotes Francis Alÿs, who makes an important distinction: “A journey implies a destination, so many miles to be consumed, while a walk is its own measure, complete at every point along the way.”

Crossing the Line can be described as a conceptual drawing project with multifarious applications. The cultural barriers to personal expression in the Middle East were explained in a number of papers, such as that of Professor Bob Dahm from the American University of Sharjah: Reluctant Image-Makers: Teaching Drawing in Arabia. Dahm explained the difficulty of teaching drawing in the animation school to mostly local students. The majority have not drawn before and there is little history of image-making; students tend to revert to European or Japanese images or prefer to copy photographs. The inclusion of figures is controversial and in some parts prohibited. Dahm’s teaching centres on creating narratives to accompany images; he encourages the students to work from aural historical stories and to paraphrase them in their own words.

The Artist’s Talk by Valerie Hird from Vermont, presented projects she has undertaken in Iran, Egypt and Jordan. After reading personal diaries written during the American civil war, which contained mundane and intimate details of life during wartime, Hird sought to enable female artists in the Middle East to find their own voices. She worked to enable the women to create a narrative that could then be illustrated, thus injecting a non-conflict reality into their lives, a new conversation. One of the most gratifying aspects of speaking to young women students at the conference – whose mothers could not have pursued a creative career – was to be approached and thanked for sharing personal experiences and ideas with them, to be told that it had inspired them.

Barberis, with her indomitable spirit, has instigated and organised numerous cross-cultural and cross-faith art projects. Metasenta and, more recently, the Global Centre for Drawing, Melbourne, were established through her links to universities or cultural organisations in societies in flux. Across the Gulf (2008-9) partnered with Tashkeel, the unique art and design centre in Dubai established by Sheikha Lateefa Bint Maktoum, an important artist in her own right. The major exhibition of works by Emirate artists from Bahrain, Abu Dhabi and Dubai was shown at the 2009 Arc Biennial in Brisbane. Across the Gulf has informed Crossing the Line: indeed, all Barberis’s projects are organically linked and have an increased following. By contrast to other Middle East exhibitions around the world, Across the Gulf showcased emerging and established artists, all of whom practised from within their culture, rather than creating a practice in the west.

Drawing is key to the practice of artists who seek to come to terms with the momentous changes taking place around them in political and cultural terms. The definition of personal identity through art practice can be seen to have been of great personal, societal and artistic value. The Dubai conferences will be followed next year by Crossing the Line conferences in Brazil and Jordan. 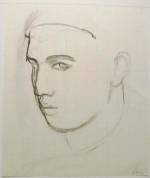 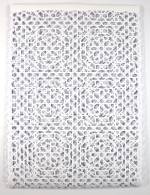 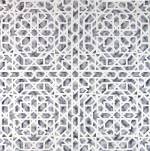 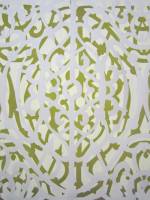