Seeking ancestry in a controversial and pornographic 19th-century French novel, this queer, transfeminine artist questions the problematic of rehabilitating a historical work of fiction from a contemporary standpoint 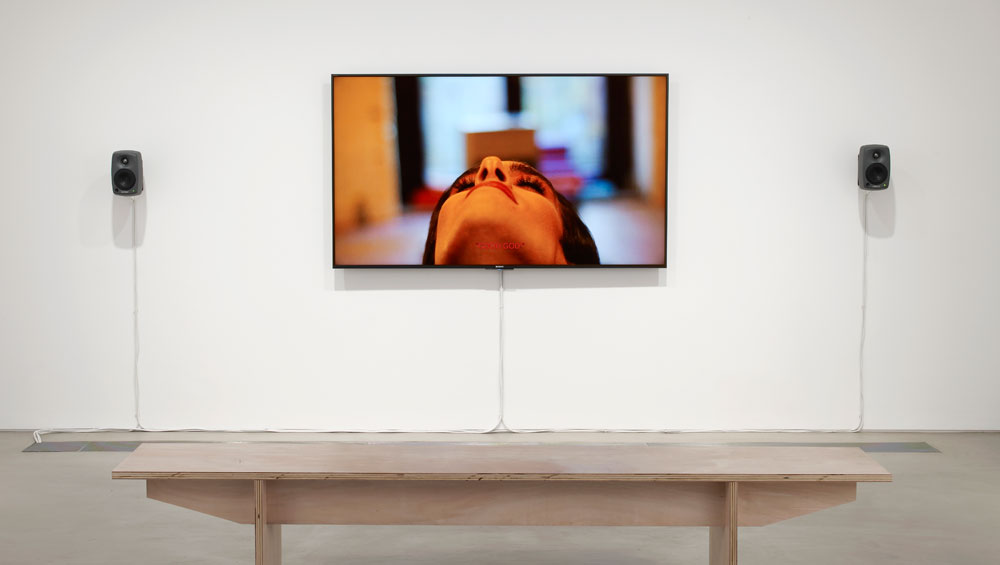 We all look for others like us whom we can look up to, be they a celebrity, or a historical or literary figure. Being slightly behind the Brookside Beth generation of young lesbians, I found myself clinging to moments shared between Shannon and Mandy in Home and Away; somehow excruciatingly sitting through the Ellen coming out episode with both my parents (and my father never watches mainstream television); and wallowing in the tragedy of Radclyffe Hall’s Well of Loneliness, when I discovered (and, if I remember correctly, unauthorisedly borrowed) a copy in the school library. Agonising as it was, this story became personal, offering me context, affirmation and companionship. Recently, I was on a panel with the trans artist, Simon Croft, and the trans activist and academic, Natacha Kennedy, looking at the story of the Chevalier d’Éon, an 18th-century French diplomat, spy and soldier, who lived life variously as a man and a woman, considering the inherent problems with re-interpreting this history now, achronologically, as a transgender one, when this term did not come into being until the final-third of the 20th century. It is this problem of what happens “when a queer, transfeminine artist tries to touch, reflect on, or rehabilitate a historical work of fiction that seems to offer them ancestry”, that Jamie Crewe (b1987) tackles head on in their exhibition, Female Executioner, at Gasworks, commissioned through the Freelands Artist Programme.

Crewe’s “historical work of fiction” is the “really horrible great book” (and this seemingly contradictory description of the perverse, radical and yet moralisingly Victorian tale is an understatement), Monsieur Venus: A Materialist Novel, published in 1884 by the French author Rachilde (Marguerite Vallette-Eymery, 1860-1953), herself significant in shaping the successful legacy of Oscar Wilde. The story tells the tale of Raoule de Vénérande, an aristocratic woman who dresses and behaves as a man (she paints and fences very well), and her affair with the young (male) florist Jacques Silvert, whom she trains to be her mistress. Filled with scandal after scandal and a fair dose of S&M, the novel climaxes when Jacques, having become “too feminine”, attempts to seduce Raoule’s friend, the Baron de Raittolbe. He is found out by Raoule, who, reattiring both herself and Jacques to their anatomical genders, pronounces there must be a dual to the death between the two men, in which Jacques is accordingly slain “like a woman” – implied to be just punishment for his having overstepped the mark (not in terms of adultery, but in terms of gender performance). In the disturbing denouement, Raoule creates a hidden chamber in which she keeps a waxwork effigy (with a button to activate the spreading of the thighs) decorated with Jacques’s hand-plucked eyebrows, lashes and fingernails. Unsurprisingly, the novel was banned shortly after publication, later being replaced by a censored version, which remained the only one available until 2004.

I take the time to open this review with both personal recollections and a telling of Monsieur Venus’s narrative since I feel it is deserved and requisite for a show in which Crewe reveals so much that is personal to them and interlinks this with the thread of the story, in which they found both recognition and affirmation, yet simultaneously reinforcements of negative images of “deviance” and “perversion” and the cruel punishments that seemingly must be enacted on anyone who strays from the “norm”. The exhibition, comprising newly commissioned video, sculpture, print and text-based works, is full of juxtapositions and contradictions, expressing perhaps the inescapable existential dissonance of trans-ness, as described by Harry in Maggie Nelson’s The Argonauts: “Don’t you get it? you yelled back. I will never feel as free as you do, I will never feel as at home in the world, I will never feel as at home in my own skin. That’s just the way it is, and always will be.”

Adultress (2017), a 20-minute video piece, centres on the climax of the novel, when Jacques slips away from Raoule, to walk the streets in a black velvet dress and attempt to seduce a “real man” (the Baron). With the (translated) text of Rachilde’s story traversing the screen as subtitles, the incongruent yet interpretative footage shows Crewe and their friends at home in Glasgow, one of whom is being made over into this feminine Jacques, amid laughter and curiosity, in a very contemporary setting. Similarly, the screen print Miserable Wretch (2017) takes the words of a threatening invitation sent to Raoule by Jacques’s sister, which, when she burned the note, appeared in flames on her drawing room wall. Here, they appear as fluorescent echoes on the walls – drawn from memory – of the room in the Gasworks’ residencies house, where Crewe spent three months last summer: another modern-day intrusion by Rachilde’s haunting text and narrative.

A major intervention to the gallery space is the removal of the double doors that usually separate it from the foyer, and their rehanging in the portal between the main and secondary gallery space. Here, they do not quite fit, and will not shut to. Crewe refers to them as an “improperly sealed feminine aperture”, always open and always available. This idea is also echoed by the hanging of an off-white soy wax tablet, depicting a bouquet of flowers in counter-relief, in the empty doorframe. This tablet is one of 28 and will be rotated daily throughout the exhibition. The references here are manifold: Jacques receives a daily bouquet of “immaculate white flowers” sent to his apartment by Raoule, which contrasts with the red bouquets that other mistresses would display in their lobbies to turn away suitors on the days when they were menstruating – Jacques, as a non-female body, does not have this excuse and must accordingly be permanently available, at Raoule’s beck and call, fully submissive. The 28 refers to the days of the female cycle, while the choice of soy is significant for its supposed anti-androgenic properties, blocking testosterone production.

The second gallery space has been painted an earthy blue – using woad dye – to contrast with the blue of a “cloudless sky”, with which Raoule paints the walls of her hidden death chamber, in which she keeps her wax corpse. Within, Crewe has placed their own Wax Figure (2017), a crude sheet of latex, thrown over some cardboard boxes, singed with a pair of eyebrows, eyelashes and fingernails – the elements plucked from Jacques’s corpse by his perverse “master”. Significantly, however, these also represent the three grooming rituals maintained daily by Crewe: curling their eyelashes and applying mascara, drawing on their eyebrows, and painting their nails.

The most impactful work on display is that which truly speaks of Crewe’s own experience as they came to articulate their identity to those around them at the commencement of their residency: “This was the most explicit briefing on my gender I’d ever given,” the work relates. “And afterwards I felt less convincing and authentic than ever. I thought it might empower me, but talking about it voided me of conviction […] Now that I had said it and it existed in strangers’ brains I questioned myself: How dare I? What do they see? Pathetic male homunculus grooming a clay body. My dimensions are not feminine enough. I look like a clown.” Written in ink with a knife, interspersed with larger red thoughts, as if written in blood, this tract is like a last testament or confession, extracted with torture – but that torture is just everyday existence. While we have moved on a long way since Victorian society, the feelings of shame, wrongness and of deserving punishment – or of feeling that that is how one is seen by others – still maintain for too large a section of society, not least those who do not “conform” to gender or sexual norms. And, as Crewe highlights in this stirring exhibition, while touchstones of precedence and ancestry might, on the one hand, offer reassurance – as long as they are presented as painfully and negatively as those of Raoule and Jacques, their discovery remains something of a double-edged sword. 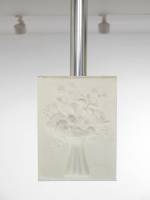 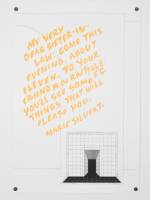