Monica Bonvicini: ‘It is not merely a display of sculptures and objects but a praxis about what it means to produce, show and display’

Monica Bonvicini: ‘It is not merely a display of sculptures and objects but a praxis about what it means to produce, show and display’ 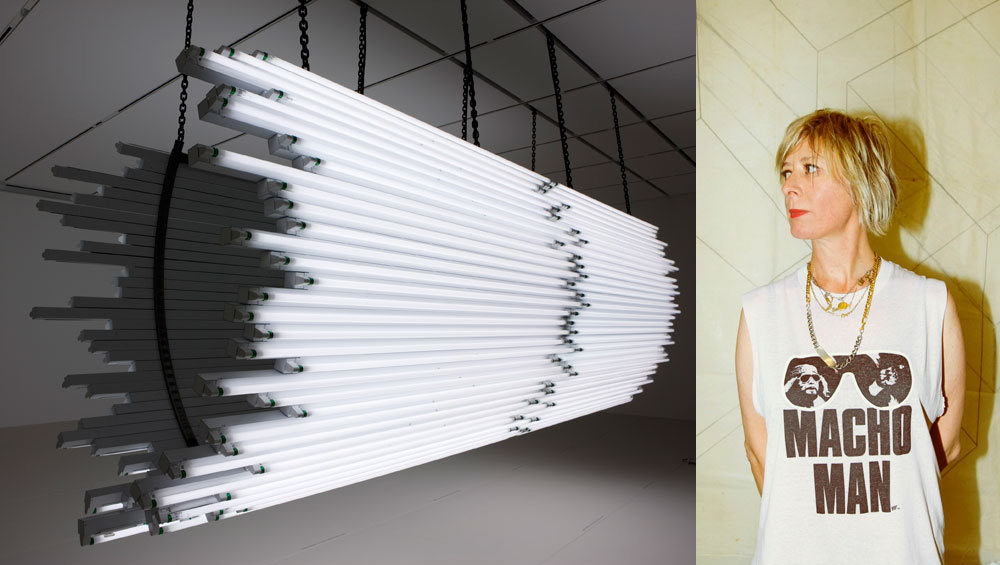 Known for her conceptual and installation art and sculpture, Italian artist Monica Bonvicini (b1965, Venice) is one of the most vital artists to have emerged during the mid-90s, going on to win the prestigious Golden Lion at the Venice Biennale in 1999. Her work investigates the relationships between architecture, control, gender, space, surveillance and power through the means of sculpture, installation, video, photography, text and performance. Known to UK audiences for Run (2012), her light installation at the Queen Elizabeth Olympic Park, London, Bonvicini is taking over levels three and floor of the Baltic Centre for Contemporary Art, Gateshead, with a survey show, including a significant body of drawing, as well as several newly commissioned pieces.

Although she was busy working on the final preparations for the exhibition, Bonvicini found time to answer some of Studio International’s questions by email.

Anna McNay: You work a lot with broken glass. What does this signify or symbolise for you?

Monica Bonvicini: Nothing. But as a little girl, I always thought how pleasing it would be to throw a stone at a window. I saw it all around: it happened quite a lot in Italy during political demonstrations in the 70s.

AMc: Do you seek to make beautiful objects, or does beauty have nothing to do with the art you make?

AMc: You are about to open a retrospective exhibition at the Baltic Centre for Contemporary Art in Gateshead. How long have you been working on the project?

MB: Night and day for quite some time. I had a few different ideas that we went through and discharged until this version of the show came up.

AMc: Alongside a retrospective of your work, the exhibition will include some pieces that have been specially commissioned. Do these respond directly to the building?

MB: The show revolves around a sculpture of mine, which is going to be hanging on the facade of the building instead of the large billboard that Baltic normally commissions to announce exhibitions. SATISFY ME is a sculpture I realised some years ago for a show of public sculptures around the area of Essen, Germany, a once-strong economy. The question included in the imperative sentence is to the public, but also to the institution. This is the first time the Baltic has shown a sculpture on its facade. From there, I developed the show inside. On the third floor, the pre-existing architecture is occupied by a large convolute of rooms, corridors and exits, which are the architecture for showing around 30 works from the past 16 years. From drawings, to sculptures, to video and objects, the different display rooms are based around a very intimate idea of dwelling, through memories associated with sculptures. Baltic never had to build so many walls and it has been quite a challenge for it to create practically a totally new exhibition space.

I kept the fourth floor much more open, though I built a very large wall at the entrance to the gallery, separating works, disrupting the straight geometry of the space and creating an extra wall for works to be installed on.

I started quite early on in my career to think about a resampling/reassembling of my works. I wanted to be able to display my works in different contexts and have them create a new discourse among themselves as well as with the given environment, space, or institution. I am interested in the question of the process of making art, as well as in that of showing it; questions about the production of art as an instrument for constructing meanings and how to share these. In this sense, I do not understand the show at Baltic as a retrospective. In the show, there are older works that I have never seen in such a combination. So it is not merely a display of sculptures and objects, but a praxis about what it means to produce, show and display.

AMc: Will there be any key pieces in the exhibition that you think help to define your career or turning points in it?

MB: You do things along the way and it is only afterwards that you realise the impact some works have had on a given circumstance in space and time. I am writing to you on the day following the US election and I do now see one of the new works in a new way … Every show is a turning point for me; I can’t say whether this holds for the audience as well. The largest and newest piece for this show is a 6 x 8 metre print. It is also the only work with some kind of colour – if you do not count black and white as colour …

AMc: You have permanent sculptures in various renowned sites, including the Queen Elizabeth Olympic Park in London, the harbour at the Oslo Opera House, and the Istanbul Museum of Modern Art. How do such commissions come about? Is your approach to a work that you know will be permanently installed in one place like this different from your approach to an indoor piece?

MB: I am honoured that, with the works you mention, I have contributed to the creation of an urban or institutional situation, which is permanent, but designed while everything was really only on paper – planned but not yet built. I like to participate in the creation of new urban spaces, where everything has yet to be developed; where expectations may or may not be fulfilled; where there is an enormous will for success, but the same amount of possibilities for failure. For the first two works you mentioned, I was invited to enter a competition. The last work, in Istanbul, was my work for the biennial in 2003, before the museum was there. Of course, the way of thinking and working on such big work is totally different than for any of the indoor pieces.

AMc: As well as making sculpture and installations, drawing and text pieces, you also work with video, photography and performance. What are the key themes or threads of your practice that hold it together?

MB: Probably the fact that I do not like to constrain myself to one specific material or practice. I have worked in this way for 25 years now, so I feel quite confident about it. I think this is what art is about, really.

AMc: You were born in Venice, studied in Berlin and California, hold a professorial post at the Academy of Fine Arts, Vienna, but live and work in Berlin. What is it that draws you to Berlin? Is it something about the arts scene there?

AMc: What are you working on next?

MB: I am working on a large installation based on the new philharmonic in Hamburg. I have always being interested in the architecture and praxis of Herzog & de Meuron, and this particular project has being discussed a lot in the media in the past 10 years. The show will be in February at the Deichtorhallen in Hamburg. I am also preparing a solo show in New York City and in Milan for the beginning of next year.

• Monica Bonvicini’s survey solo exhibition her hand a round the room will be on show at the Baltic Centre for Contemporary Art, Gateshead, until 26 February 2017. 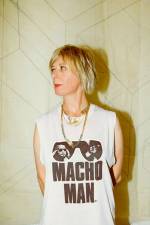