Although her products have been unavailable in the US for decades, Helena Rubinstein – “Empress of Beauty”, as Jean Cocteau called her – is being celebrated by the Jewish Museum in New York. The exhibit focuses on the link she forged between beauty, fine art and interior decoration, which has become the essence of modernity

Born under a lucky star, with the fierce determination, self-confidence and vigorous work ethic to realise its promises, Helena Rubinstein (1872-1965) made her first million in Australia, cooking up skin preparations in her kitchen for women clamouring for the secret to her dewy complexion.

Her outsized career has elements of fairy tale – the 4ft 10in dynamo who took the world by storm with face creams and lipstick – while as a role model for women seeking to make their mark on a world dominated by men in business and influenced by fads and trends in beauty, she stands supreme.

Born Chaja Rubinstein into a Jewish family in Kazimierz, the historical district of Kraków, Poland, she was the eldest of eight children, all girls. Her father was a shopkeeper who preferred his books to the selling floor. Like all women of their class, Rubinstein and her sisters learned that their faces were their fortune; without a dowry, they would have to attract husbands who could provide comfort and security. And like women throughout eastern Europe, they grew up cultivating good skincare habits, avoiding the sun and using a moisturising cream their mother purchased from local chemists.

Early on, Rubinstein knew that life in Kazimierz was too limiting for her ambitions. She helped her father in the store, and it is likely that her sharp intelligence and head for business made up for his indifference to commerce. At this time, a treat for Rubinstein consisted of roaming through Kraków’s markets; her passion for treasure hunting can be traced to these roots. She seemed always to find beauty in the unusual, a pattern clearly seen in the art and jewellery she later acquired.

When she stubbornly refused an arranged marriage, her parents sent her to Vienna to work for relatives in their fur shop. Again, she demonstrated retail finesse, enjoyed Vienna’s marketplaces, but felt constrained by circumstances. An intrepid pioneer, Rubinstein left Vienna in 1892 to join her uncles in Australia, travelling through ports of call filled with dazzling wares for those who could afford them. It was the first of many daring trips to far-flung regions, including one to Tunisia, where she mounted a camel, and a trip to Japan in her 80s to start her business there.

Jean Cocteau called her “Empress of Beauty”, but when she pursued a career in cosmetics, Rubinstein merely played her strongest card. She was miserable in Australia; one uncle, an oculist, worked her like a horse in his store in Coleraine, Western Victoria; another made unwelcome advances; and both protested when she took a job with a pharmacist. Her typical tactic of leaping over any obstacle she could not remove proved fortuitous: the pharmacist allowed Rubinstein access to his lab after working hours, where she developed a cream using lanolin from sheep’s wool. She called it Valaze, “gift from heaven” in Hungarian. In 1902, she opened a salon in Melbourne to sell the cream and pamper women eager to quench their sun-parched skins. The cream cost little to make; Rubinstein charged more, certain that her customers would pay a higher price for something they considered to be “special”.

Thus, a cosmetics queen – or “Empress of Beauty”, in Cocteau’s words – was born. Her experiments in Australia with plant extracts and herbs spurred a lifelong interest in what she called the “scientific basis of beauty”, symbolised by the lab coat she wore with pearls and high-heeled shoes. Throughout her life, she sought, and studied with, physicians and chemists who were developing products and techniques such as plastic surgery, anti-ageing, water therapies and massage. Among her innovations were targeting specific skin types, waterproof mascara and a pasteurised skin cream to ensure a high standard of purity.

She was a harsh employer, tyrannically wielding power over her sisters, whom she employed to manage her salons and train personnel. But she had her share of generous mentors: her first husband, American Polish journalist and bibliophile Edward William Titus, whose snappy advertising copy perfectly conveyed the intent of her brand; salon hostess/muse Misia Sert in Paris, who taught her that strategic socialising was the key to success; and Catherine “Flame” d’Erlanger, who took her to antiques shops in London and favoured an eclectic mix of classical, baroque, rococo and modern styles in interior design that appealed to Rubinstein.

Rubinstein’s personal style was pared down – her jet-black hair pulled into a severe chignon, elegant designer daywear with classic lines punctuated with gem-laded jewellery, sumptuous evening attire decorated with embroidery. She loved fine clothing – for day, Coco Chanel (who collected 18th-century French furniture and objets d’art1); for evening, Cristóbal Balenciaga – and became friends with couturiers, notably Paul Poiret. She was drawn irresistibly to the exotic; she admired the ravishing stage creations she saw in Sergei Diaghilev’s Ballets Russes; provided makeup for Josephine Baker’s performances; and went to Mexico to visit the artist Frida Kahlo, with whom she felt an immediate rapport.

In her memoir, My Life for Beauty, Rubinstein was reticent and frequently misleading about her own humble beginnings. She reserved her candid impressions for the expatriate community in Paris – Ernest Hemingway, William Faulkner, James Joyce, for instance – and other famous personalities she met subsequently. These are echoed in a memoir by her assistant of 15 years, Patrick O’Higgins. As a bookseller and publisher, Titus revered writers, but Rubinstein never really enjoyed socialising and preferred the company of artists, particularly those, such as Jacob Epstein, who shared her love of African and Oceanic art. She went to their ateliers and encouraged their careers with her purchases and by establishing a modern art prize. Titus’s rumoured affairs and her workaholism irreparably damaged their marriage (it lasted for 30 rocky years) and alienated their two sons, yet together they created a solid base for her salons and products. Rubinstein’s business acumen, unquestionable after her coup with the Lehman Bros during the Great Depression, needed the spark of Titus’s literary talents.2

Rubinstein took little time for pleasure except for playing bridge, going to movies and occasionally visiting European health spas. She did not, apparently, take the advice she doled out to clients: she did not enjoy massage or eat a low-fat diet of fresh fruits and vegetables, and she abhorred exercise. Promoting her image and her brand, collecting art, collaborating with modernist architects and interior designers on her homes in London, Paris, New York and Greenwich, Connecticut, fulfilled her in ways that personal and work relationships – always fraught – never could. Only in her 60s, when she married the affable Russian aristocrat Prince Artchil Gourielli-Tchkonia and became a princess, did she begin to relax her routine. He was the inspiration for her brief, costly foray into men’s grooming, the House of Gourielli.

Now it is common for cosmetic conglomerates to enlist the rich and famous to endorse their products and for magazine editors to do photo shoots in opulent private residences. When Rubinstein offered socialites and celebrities free samples and treatments (Colette had a day of beauty in Paris) and welcomed editors to photograph editorial features in her homes, she was a trendsetter. Years later, she opened an art gallery in her New York apartment and always had fine art and furnishings in her salons.

Although her products have been unavailable in the US since L’Oréal bought her brand in 1988,3 Rubinstein is being celebrated by the Jewish Museum in New York until March 2015. The exhibition, Helena Rubinstein: Beauty is Power, takes its subtitle from one of her memorable slogans, and focuses on the link she forged between beauty, fine art and interior decoration, which has become the essence of modernity. Organised by curator Mason Klein with assistant curator Rebecca Shaykin, the exhibition captures the essence of “Madame”, a title Rubinstein adopted at Titus’s suggestion and wore like a badge of authority.

Visitors will be charmed by the array of Madame’s portraits set against lavender walls, copies of her books on beauty and diet, examples of her packaging and advertisements printed in magazines. Especially delightful is a display of her doll-house-sized rooms perfectly appointed with period decor, a beloved hobby of hers for decades.

The museum will be screening The Powder and the Glory, a superb documentary by Ann Carol Grossman and Arnie Reisman examining the rivalry between Rubinstein and Elizabeth Arden. There is also an event scheduled for December when the process of acquiring works in the exhibit will be discussed.4 A year after her death, Rubinstein’s collection was dispersed at auction by Park-Bernet Galleries, making this quite a challenge.

As for her vast accumulation of art, the African and Oceanic collection is one of the best in the 20th century. The sculptures by Polish American artist Elie Nadelman are marvellous, though the paintings are considered to be variable in quality. Rubinstein’s philosophy conveys the most satisfying approach to the treasures she acquired during her long life: “Quality’s nice, but quantity makes a show.”

References
1. In Great Women Collectors, authors Charlotte Gere and Marina Vaizey provide an intriguing analysis of the ways in which Rubinstein and Chanel absorbed a wide variety of aesthetic influences to create personal collecting styles that promoted their self-images, as well as insight into similarities between these very different personalities: both came from humble backgrounds and after receiving initial help from men they met while waitressing (Rubinstein) and singing in a music hall (Chanel), became wealthy, independent businesswomen. Misia Sert mentored both, and eventually they both exhibited their collections to help charities benefiting women.

2. Rubinstein sold her American business to Lehman Brothers in 1928 for $7.3m, but kept her factories in St Cloud, Minnesota, and Long Island. Incensed by Lehman’s attempt to make Helena Rubinstein a mass-market brand, she led a campaign against it by enlisting her customers. After the stock market crash in 1929, she bought back her shares well below cost and used her profit to expand the business with healthy dining facilities and gyms in the salons, a ballet teacher who led “Rubinstein Rhythmics” and classes set against a backdrop of her art collection. In the 1950s, she showed similar prescience by purchasing stock in Charles Revson’s growing cosmetic firm, despite professing to loathe him.

3. The Rubinstein brand is available in continental Europe, South America and Japan and through internet retailers.

4. For a complete list of programming, go to: http://thejewishmuseum.org/calendar.

DVD: The Powder and the Glory by Ann Carol Grossman and Arnie Reisman Powderglory Productions, 2008. 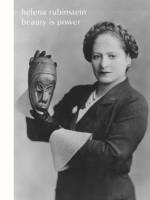 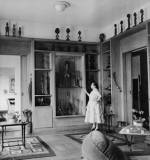 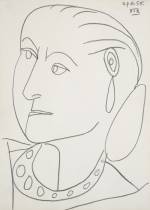 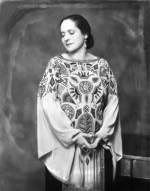 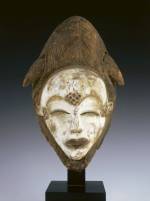 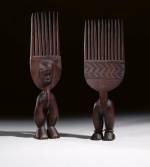 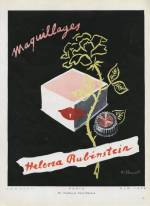 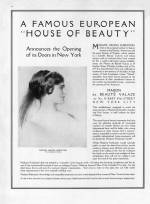