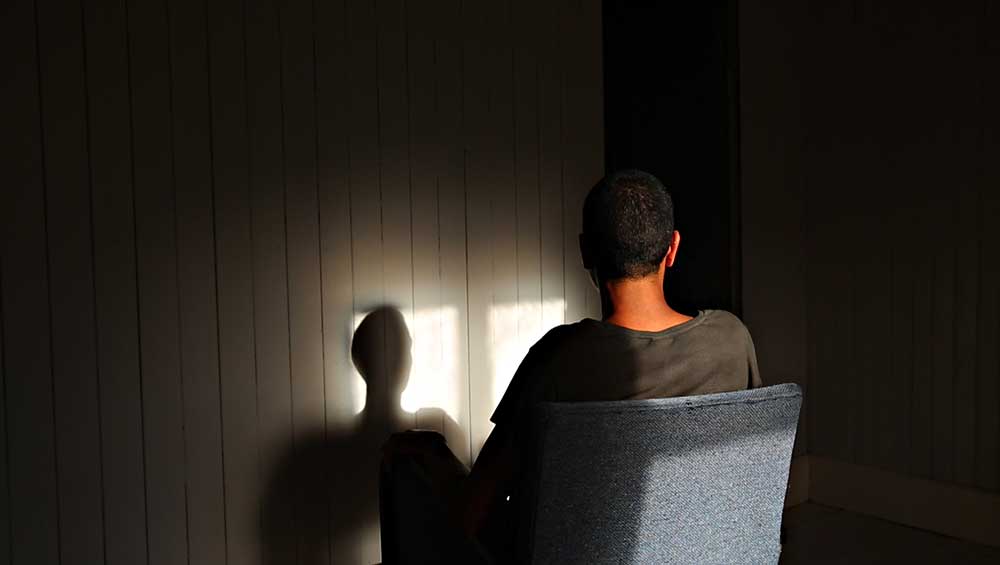 “The city as we know it is based on the assumptions of gender,” says Cathy Wade in her 2017 film For the Car and for the Body, which bemoans the design of Birmingham city centre as it pertains to the experience of women. “Secretly, we know how vulnerable we are, going into a subway, or over the road, how vulnerable we are when we use the city … you wonder who designed this stuff.” Although the film appears towards the end of Found Cities, Lost Objects, its highlighting of the patriarchal nature of Birmingham’s brutalist concrete jungle embodies the exhibition’s central theme, which asks us to consider cities as they are seen and experienced by women. Curated by Lubaina Himid and drawing primarily from the Arts Council Collection and Birmingham’s own collection, the sprawling group show offers various takes on the obstacles that restrict women in the urban realm, as well as the privileges that allow them to roam freely.

Cities are ambivalent spaces, fraught with tensions. For many women they are alienating places, difficult to navigate and hostile; for others, they can be sites of liberation, filled with opportunity. The dehumanising nature of modern urban life is felt in works such as Milena Dragicevic’s sensitively painted Opet (2002), which presents a double portrait of an anonymous figure seen from behind and wearing a gingham hooded top. Shrouded and unknowable, the lonely figure’s humanity gives way to a study of geometric pattern. A depersonalised metropolitan culture is conveyed in Lisa Milroy’s paintings of anonymous women walking in the rain in Tokyo, as well as in Young In Hong’s enormous tapestry Burning Love (2014). This bird’s eye view of an unidentified city appears to show a massive street parade, or perhaps a demonstration. Either way, the crowd of people engaged in a collective experience blend into a mass of abstract forms. 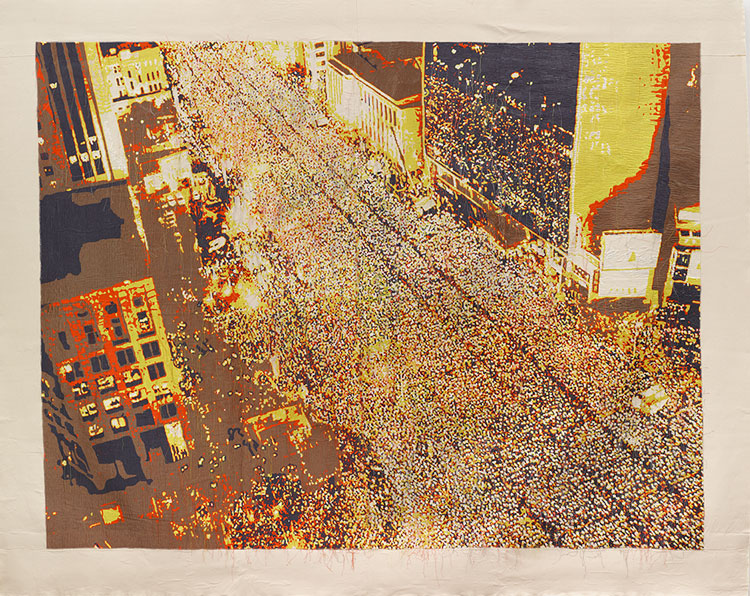 Sometimes the anonymity engendered by a city can be empowering, as suggested by Sophie Calle’s The Tie (1993). An autobiographical story printed on a tie tells how the artist ostensibly stalked a male stranger with poor dress sense. After anonymously sending him a thin brown tie, which he decided to wear, she proceeded to send him a different article of clothing every Christmas, concluding her story with the creepy remark: “Some day, when he is fully dressed by me, I would like to be introduced to him.”

Another image of empowerment comes with Klara Lidén’s photograph Self Portrait with Keys to the City (2005), in which the artist, dressed in paint-spattered work clothes opens her trench coat to reveal a collection of heavy-duty tools to wryly question the extent of women’s access to the modern city. Melanie Manchot’s three-channel film Dance (All Night, London) (2017) shows women reclaiming the streets for themselves. It documents an ambitious outdoor dance event at the 2017 edition of London’s all-night contemporary arts festival Art Night. Following students and teachers from 10 east London dance schools as they parade through the streets before dancing the night away at Exchange Square, it is an uplifting celebration of collective agency and collective joy.

Despite its many strengths, this show is not without some missteps. Susan Philipsz’s sound installation The Internationale (1999), in which a large wall-mounted megaphone plays a recording of the artist warbling her way through the titular socialist anthem, seems out of place. Originally installed in urban spaces, including a pedestrian underpass and other city centre contexts, its appearance in a gallery has a mollifying effect.

Other works feel tangential, such as Anthea Hamilton’s Venice Kimono (2012), in which a baffling collage of images referencing 1970s disco, Venetian architecture and Japanese Kabuki theatre are printed on to fabric and draped over a steel frame. Elsewhere is Tai Shani’s installation DC: Semiramis (2018), which forms part of her ongoing Dark Continent project exploring feminine subjectivity via the structure of an allegorical city of women inspired by Christine de Pizan’s pioneering proto-feminist book, The Book of the City of Ladies (1405). It might sound good on paper, but the reality is bewildering and impenetrable.

The exhibition’s most powerful images are found in a selection of black-and-white photographs by the outstanding Czech photographer Markéta Luskačová. With nearly 30 images documenting the artist’s time in London during the mid-1970s, it is almost a mini retrospective. As well as capturing the city as it once was, several images speak directly to women’s experiences, such as the group of stony-faced shoppers in Roman Road market in the heart of London’s East End, and the moving scenes of young women and children in Chiswick Women’s Aid (now known as Refuge), the world’s first refuge for women and children fleeing domestic violence. Much has changed for women in the city since those days, but the fact that charities such as Refuge are still needed today is a sobering reminder that, when it comes to women living free from violence in the city, there is much more work to be done.

Wade’s For the Car and for the Body draws heavily on Heather Powell’s film Paradise Circus (1988), which explored how Birmingham was perceived by women and asked how things might be different if they had more of a say in its design. Although more than 30 years old, many of the issues raised by the mothers, artists, shoppers, architects and other women interviewed in the film have yet to be properly addressed. Among those expressing a view on the contradictions of the city, its promises and disappointments is Jos Boys, co-founder of the radical Matrix Feminist Design Co-operative, which from 1981 to 1994 challenged patriarchal spatial systems and conventional architectural practice. Several vitrines showcase its pioneering projects, including the Jagonari Centre in Whitechapel, which aimed to empower Asian women through education and employment and was designed in close collaboration with its users. It is not clear why Matrix closed its doors in the mid-90s, but at a time when deepening inequalities are being revealed by the cost of living crisis, its empowering spirit seems more needed than ever.