Forest of Expression: Art as a Communal Act

Forest of Expression: Art as a Communal Act

Eight projects explore how art and expressing ideas and emotions can help those on the fringes of society, with the aim of bringing art to those who often find it inaccessible 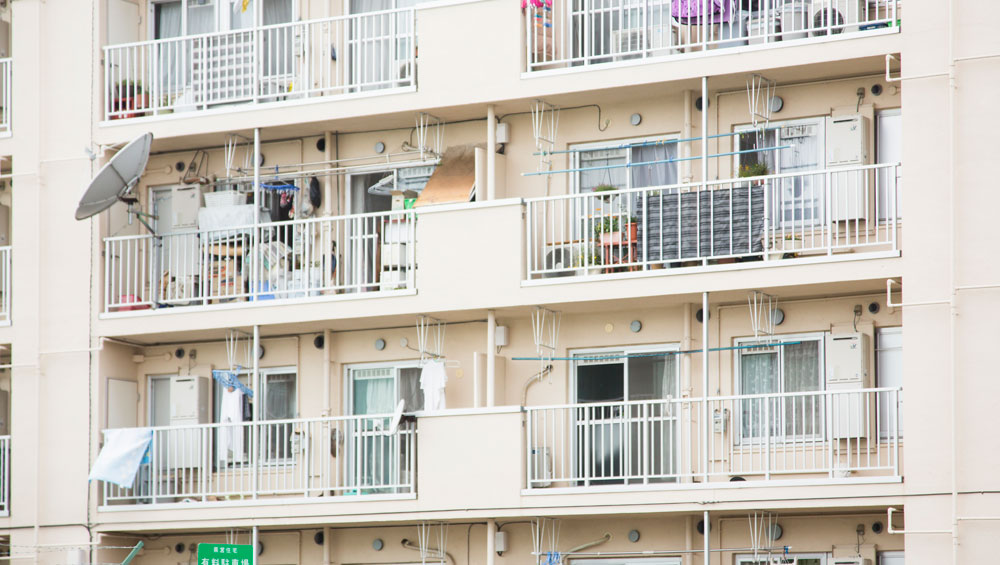 Forest of Expression: Art as a Communal Act, at Arts Maebashi in Japan, is a visual documentation of eight communal projects involving people on the margins of society, including refugees, children affected by war, and those with mental and physical disabilities. Education and relationships with the local community are core policies of Arts Maebashi. “We wanted people, including those of us who work in the art field, to think about those to whom art is the most inaccessible,” says the exhibition’s curator, Tomo Imai. “These are people who might be cast out of our daily life, those who are diagnosed as mentally ill, those who have autism, children affected by war, people who are isolated from society. We searched for organisations that have been supporting these people and have introduced art in an inclusive way, so that patients and deprived people can become part of society through art.”

Of the eight projects documented and shown at the exhibition, some have been initiated by Arts Maebashi with the artists picked specifically for the exhibition, while others are projects that are already being operated by other social organisations. Many of the projects are linked to the city of Maebashi and its neighbourhood. One project, To the Forest! The Forest’s Information Center, is a participative tour enabling visitors to find out about Nankitsu Danchi, a Maebashi housing estate built in the 1960s when the postwar Japanese economy was expanding rapidly. The apartments were highly fashionable at that time and citizens had to be chosen in order to be eligible to live in them. Now, however, many of those living there are elderly or from low-income households, sometimes single-parent families or immigrants from Asian countries. This has created prejudice in the surrounding community, many of whom believe that children in the Nankitsu Danchi complex don’t go to school and that the people living there are different from others. Artist Yuta Nakajima initiated a workshop with children  around the complex so that visitors could learn firsthand that the people living there are no different from themselves.

Another project, School in the Forest: Gathering and Learning, Here and Now, involves Akatsuki Village, founded in Maebashi by a priest as a shelter for the displaced in society and those who, for some reason, have left their homeland behind. While Japan has been slow in certifying refugees and allowing displaced people to settle in the country, in the 1980s, Akatsuki Village supported displaced people from Vietnam who had made their way across the sea, as well as people from Spain and elsewhere, by sheltering them, helping them to form a community, to make food for themselves, and enabling them to earn small amounts of money by collecting recyclable waste. Tokyo-based performance group Port B, led by theatre director Akira Takayama, has been researching and documenting the lives of people in the village. Listening to their voices and organising forums at Arts Maebashi with people from the fields of anthropology, art, literature and psychology, who bring their individual point of view on issues of regional community, communes and refugees, Port B has found ways to incorporate the outcome of all this in a play in which the audience becomes part of the performance.

Milan-based artist Satoshi Hirose and Maebashi city-based artist Tomomi Goto have started a project, The Forest: 19 years in the Future for House for Hope (maternal living support facility Nozomi House) in Maebashi city. The project revolves around an exchange of letters between the artists and mothers rescued by Nozomi House because they have been traumatised by, and become mentally ill because of, domestic violence. It also includes an exchange of photos between the artists and the children at Nozomi of their favourite skies. The letters – an intimate correspondence revealing small events and worries encountered in their daily lives – became an important medium for mothers, some of who have lost their communication with other people. This correspondence will be stored and buried in a time capsule that will not be reopened until 19 years have passed.

Tanpopo-no-ye (meaning a house of dandelions) is a not-for-profit organisation, based in Nara City, which has been active in the field of art for people with physical and mental disabilities for a number of years. It has specialists in many fields that require the provision of care and believes that “artistic activities have the vital power that supports human life, and should be made a trump card for the restoration of a civic society in which people support one another”. Its project, Forest Museum: Finding the Seeds of Expression, looks after people with mental disability who are likely to have difficulty communicating with others and may not easily adjust to society. Juri Ito believes she is a radio DJ and writes a script for her programme every day with a pencil that she sharpens incessantly, storing the sharpenings in a plastic bag. Another of her habits is collecting the small containers of medicinal pills that she and her friends take and keeping them in a plastic bag. Although seemingly obsessive, Juri finds joy in delivering her DJ script to her pretend audience and communicating with the patients while she collects the pill cases. These obsessions are encouraged at Tanpopo-no-ye and shown at the exhibition. Another patient, Masahito Nakagawa, draws pictures, day after day, of train timetables with all the connecting trains, and enjoys going on imaginary journeys. A carer at Tanpopo-no-ye praises Nakagawa’s extraordinary talent, even going with him on the physical journey that Nakagawa had created using his timetable. The exhibition shows the handwritten timetables and there is film footage of Nakagawa at Tanpopo-no-ye. When the exhibition ends, this project, like some of the others, will continue.

The message of Forest of Expression is that we should think about how the expression of art can bring those on the margins of society closer to the rest of us. 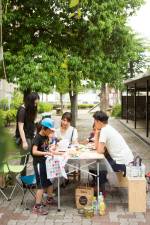 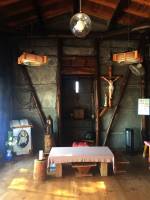 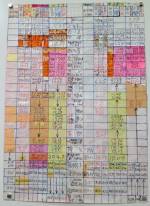