Drawing on archival material, this fascinating exhibition looks at the Whitechapel Gallery’s pioneering role in setting up an education department and engaging with its local schools and communities 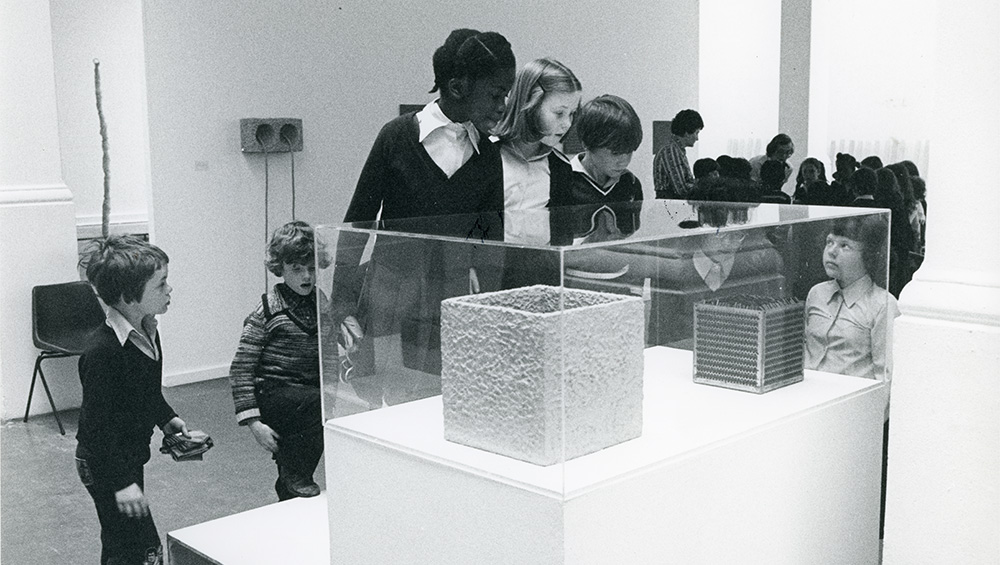 Exhibitions consisting solely of archival material are becoming more commonplace, but that does not make them any easier to curate. The challenge is how to bring such historical material alive. How do you convey interest and vitality in an exhibition that consists of a great deal of written material? How do you catch the attention of exhibition visitors and hold it long enough for them to read letters, programmes and pamphlets, as well as relate the written word to accompanying photographs, film footage and other contextual material? Ultimately, how do you facilitate understanding and appreciation in an art gallery when there are few artworks in the room? You do it by setting up a dialogue between materials, guiding visitors in a way that is flexible enough for them to construct their own dialogues and make their own meaning. You do it by categorising material in relevant ways and demonstrating how those categories retain meaning in the present day. That is precisely what this exhibition does. 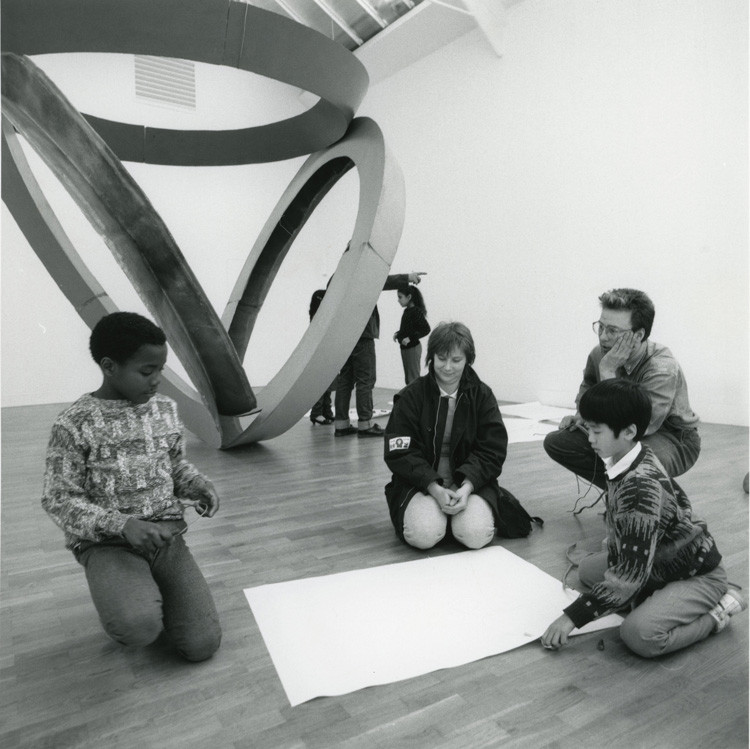 Learning programmes are nowadays recognised as a vital component of what museums and galleries do. Whitechapel Gallery was one of the first publicly funded galleries in the UK to create a formal education department and this exhibition examines that education programme from 1979-89, a pioneering venture that broke new ground with artist-led initiatives and strategies that used the Whitechapel’s geographic location in east London to its best advantage. Relationships with diverse local groups were developed through activities in the gallery and in the community. 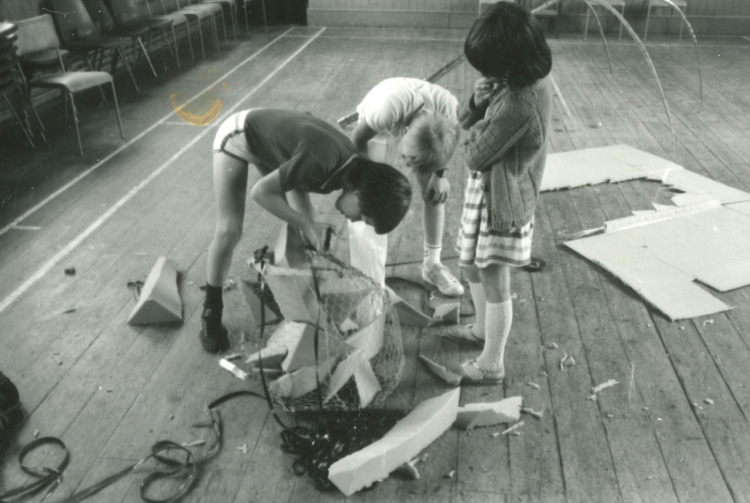 Jenni Lomax, Whitechapel’s community education organiser for the 10 years from 1979-89 said: “All the education activities – on and off site – were devised together with artists. Artists invited to work on the programme brought elements of their own practice into the discussions. We always started from the exhibiting artists’ conceptual premise and their working processes.” Working closely with local schools and artists living within the local community, what emerged was a programme that brought children into exhibitions in the gallery (Encounters with Artists), took artists out into schools (Artists and Schools), and informed policy and engaged with local community politics through groups active in raising the profile of local issues such as housing and racism, both problems for the local East End, predominantly Bangladeshi, community (Place-making/Art, Policy and Education). 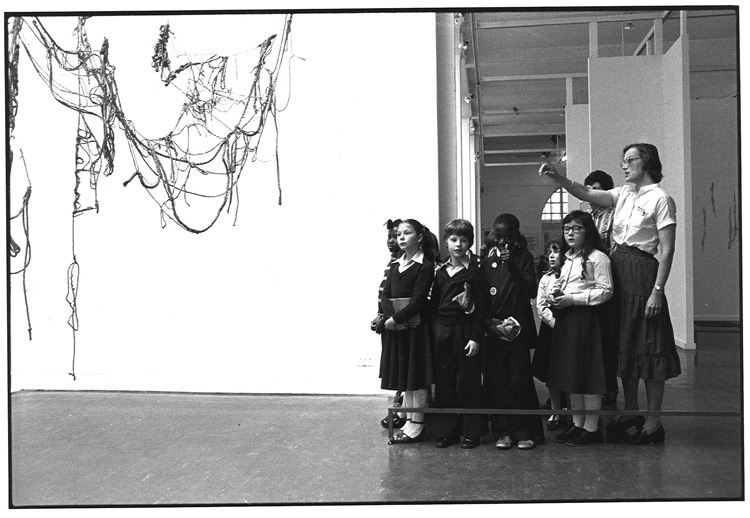 The first section of the show, Encounters with Artists, takes three key exhibitions of the period as case studies and presents the programmes, fieldwork and research around them. These three exhibitions – Eva Hesse (1979), Arts of Bengal (1979) and Woven Air: The Muslin and Kantha Tradition of Bangladesh (1988) – represent the gallery’s education and community programmes and material is shown alongside that for other workshops responding to exhibitions of Bruce Nauman, Cy Twombly, Mario Merz and others. Artists involved in workshops included Sacha Craddock, Jefford Horrigan, Jo Stockham and Stephen Nelson. This is about programmes that bring the community, primarily schools, into the gallery space to engage directly with art. In the publication Artists and Schools (1989), we get a perspective from the organisations, the teachers and the artists involved. We also get a sense of the children’s experience. As one child wrote of the Woven Air exhibition: “If you go to the Whitechapel Art Gallery, you will say, I wish I could go again.” For another child visiting a Sonia Boyce exhibition: “One of her collages was about the city and that one is right here today … It is fantastic.” 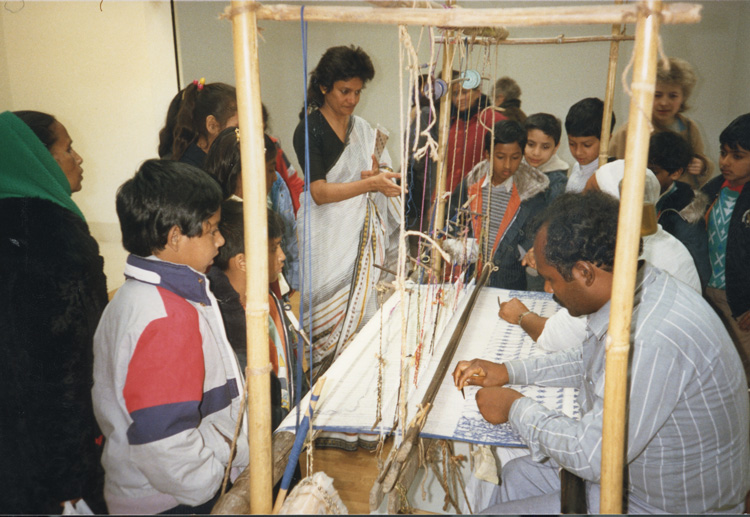 The second section of the exhibition is Artists and Schools and, as you might imagine, focuses on the idea of sending artists into local schools. In this case, models of collaborative learning were developed through the Artists in East London Schools programme of the 80s. Residencies and workshops involving artists such as Boyce, Maria Chevska, Veronica Ryan and Zarina Bhimji, all of whom worked with children in local primary and secondary schools. One teacher praised “a process which nurtured the spontaneous impulses of the activity”. Not only did the children create their own artworks, but the artists often found their own practice inflected by the experience. We see evidence of this in the work of Ryan and her residency at Templars secondary school in 1984.

The final section of the show considers the local politics of east London communities in Margaret Thatcher’s Britain. Place-making/Art, Policy and Education raises questions about activism, social justice, arts policy and the battle against racism. None of this makes for easy reading, but it does demonstrate how local arts organisations such as the Whitechapel Gallery can play a positive role in such activities. The display includes materials from the Tower Hamlets Women’s Arts Forum, the Bangladesh Youth Front and accounts of the Asian Self-Defence Movement. It also charts the activities of the Artists in Schools conference at the Whitechapel in 1978, a foundational discussion for what developed in the following decade. It references developments elsewhere, too, such as those at the Ikon Gallery in Birmingham. The Artists and Schools publication of 1989, mentioned previously, forms an additional part of this segment of the exhibition on art, policy and education. In her foreword that year, Catherine Lampert, then the gallery’s Director, was clear: “The gallery has never been more convinced of the importance of making schools direct participants in everything we do.” Lampert’s sentiments endure in what we see here. 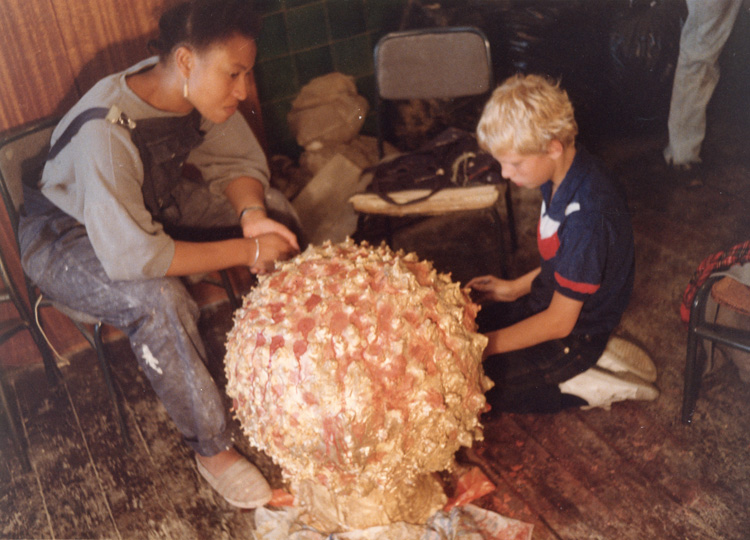 This small exhibition is bursting with fascinating material and needs time to be fully assimilated. Close looking pays dividends and newly recorded interviews with artists and curators whose involvement was key at that time are important resources, too, so I am glad to know they will be made available beyond the life of the exhibition. This is such rich material and, I suspect, just the tip of the iceberg. The Whitechapel’s educational activities of 1979-89 as explored in this exhibition are foundational for learning programmes in museums and galleries as they are now. I really hope this wealth of material will become more widely accessible and further examined through publication soon. 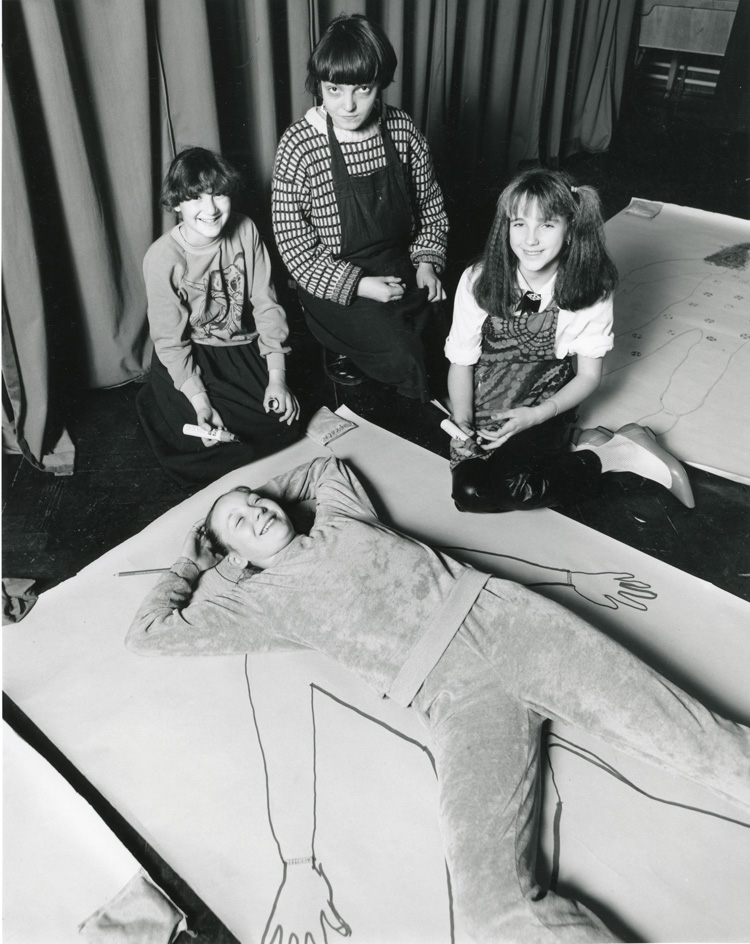