For the first time in the UK, the artist is exhibiting her award-winning Material for a Film. Alongside this central work is nearly 20 years’ worth of sculpture, film, drawings, installations and photography

Emily Jacir, who was born in Palestine in 1970, brought up in Saudi Arabia and now lives in Rome, has become notorious over the past decade for both her inclusion and exclusion from the biggest biennales around the world. She has justified her consistent inclusion in the Venice Biennale – five times since 2005 – with her politically fuelled works. In 2009, however, her work proved too controversial for the Venice City authorities and was removed from the biennale suddenly, and without explanation.

The work in question – stazione (2008-9) – was a site-specific public project in which Jacir translated the names of each vaporetto (water bus) station along Route 1 of the Grand Canal into Arabic, and suggested that they be placed alongside the preexisting Italian signs to create a bilingual transport route throughout Venice. The work is a reference to the numerous Arab influences entrenched in Venetian history through architecture, manufacturing, shipping and language. Her absence that year caused a huge stir in the art world and, to this day, has never been officially explained by the authorities. In her latest exhibition, Europa, at the Whitechapel Gallery – the first British survey of Jacir’s work – the artist has included photographs and plans for stazione right at the end of the exhibition. It serves as a pertinent reminder of the faceless censorship that some artists still encounter.

With stazione demonstrating Jacir’s own experience of discrimination as a Palestinian, the artist begins Europa with an all-encompassing installation about the life of Palestinian writer Wael Zuaiter, who was assassinated in Rome by Mossad agents in 1972. Material for a Film (2004-) acts as a mini-museum within the space itself, but feels more like the interior of a homicide investigation department. In it, Jacir has compiled hundreds of items – photographs, correspondence, writings and sound works – in a bid to create a profile of Zuaiter in the run up to his death.

In one room, there are images of the front covers of all the books Zuaiter had in his apartment, with remarks from the artist: “These books were in his apartment the night he was killed. The Arab League in Rome apparently has all of Wael’s Arabic books. Each time I came to Rome, Janet [Venn Brown, Zuaiter’s partner] and I called the Arab League so I could document the books, but no one ever returned our calls or helped us.” This is an example of the kind of running commentary throughout the installation and shows the frustration Jacir felt when trying to expose the efforts of an intellectual who himself tried to expose what was, and indeed is, happening to Palestinians everywhere. Bearing in mind the current conflict, Europa could not have come at a more crucial time.

As you move on to the next room, you encounter one of the most powerful pieces in the exhibition: from Paris to Riyadh (drawings for my mother) (1998-2001). This collagic work consists of two sets of 20 pieces and acts as a unique documentation of sections of Vogue magazine that would have been censored by the Saudi authorities. The story goes that Jacir’s mother would use a marker pen to black out any exposed parts of the female body in her copy of the magazine whenever she flew into Saudi Arabia. Jacir emulated what her mother would do for this piece and the result is a large collage of blackened shapes that refer gesturally to the female form. It’s a powerful commentary on both censorship and commodification of the female body.

Film-making is an integral part of Jacir’s practice. The most visually enticing film in the exhibition is Lydda Airport (2009). Falling somewhere between Casablanca and an Ingmar Bergman film, this beautifully shot black-and-white short was inspired, says Jacir, by a story told to her by artist Salim Tamari, whose father (Edmond Tamari) waited at Lydda airport (now known as Ben Gurion) in Tel Aviv to greet aviator Amelia Earhart – who never arrived. Set in the 1930s, the film is shot at the airport, which was an important stop along the “Empire Route” for the British commercial air transport company Imperial Airways. At the heart of the narrative is the Imperial Airways aeroplane Hannibal, in its time the world’s largest passenger plane, which, in 1940, mysteriously disappeared somewhere over the Gulf of Oman while flying to Sharjah.

Another key film featured in Europa is the video installation ENTRY DENIED (a concert in Jerusalem) (2003). Like the majority of Jacir’s work, no matter what medium she chooses to work with, the inspiration derives from a true story. Musicians Marwan Abado, Franz Hautzinger and Peter Rosmanith, all of whom live in Austria, were supposed to perform concerts in East Jerusalem and Bethlehem in July 2002. The concerts were cancelled, however, after Abado – who is of Palestinian origin – was denied entry at Ben Gurion airport for “security reasons”. For ENTRY DENIED, Jacir invited the musicians to play the concert exactly as it would have taken place, but in an empty theatre in Vienna.

There are few examples of exhibitions this year that capture the mood of the moment in an increasingly global context. With Israel-Palestine conflict worsening by the day, the Whitechapel Gallery’s decision to host a retrospective of Jacir’s work couldn’t have come at a more necessary time. And with last week’s terrorist attacks in Paris, the dialogue between Europe and the rest of the world needs to be seriously reassessed. The artist herself believes, through her inclusion of this phrase on one of the gallery walls, “that thou canst not stir a flower without troubling of a star.” Jacir’s Europa could be the most important, and indeed relevant, exhibition you see this year. 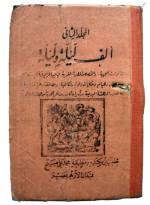 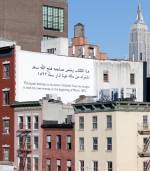 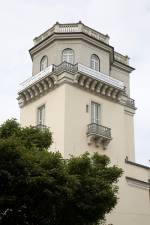