Elger Esser: ‘Beauty is not important; it’s a logical result in my opinion’

Elger Esser: ‘Beauty is not important; it’s a logical result in my opinion’

After his recent solo exhibition at Parasol Unit in London, Elger Esser talks about the relationship between Lebanon and Syria, having more in common with JMW Turner than Caspar David Friedrich, and how we are programmed to view landscapes as beautiful 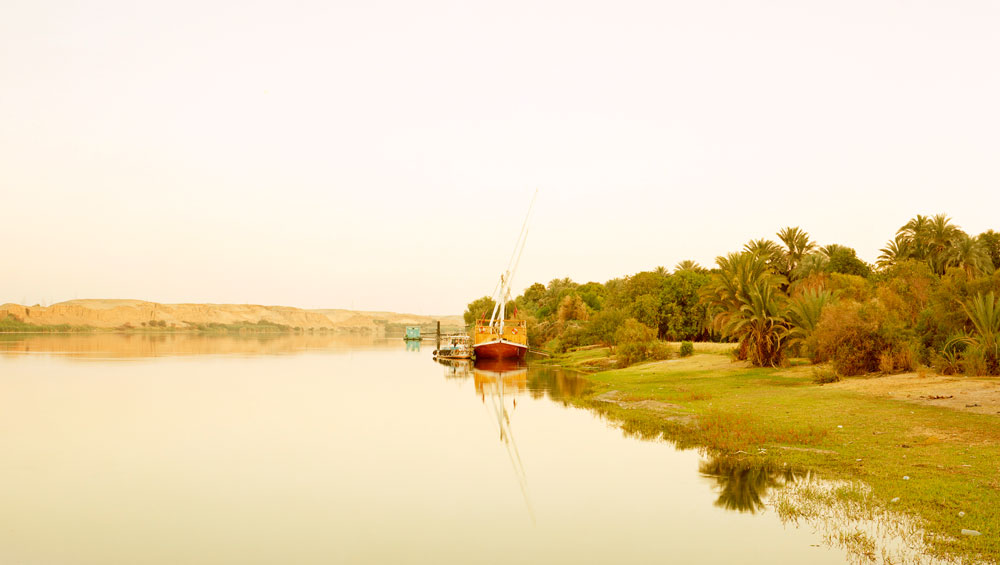 For his first solo exhibition in a public institution in the UK, Elger Esser (b1967) presented a new body of photographic pieces, entitled Morgenland (Morning land), at Parasol Unit, London. The works in the show, which has just ended, document his visits to Lebanon, Egypt and Israel from 2004 to 2015. But rather than simply depicting the vast landscapes of these eastern regions, Esser goes beyond mere representation. Instead, the photographs capture a stillness and beauty that is not usually presented to the west through mainstream news media. It can prove challenging to discuss these areas, especially at this time, without reflecting the stereotypical orientalism that pervades a lot of a western art and literature. Avoiding the western gaze can prove troublesome for critics to accept, and for artists to avoid. Esser’s Morgenland, however, manages to find the right balance by keeping interpretation as open as possible.

Esser was born in Stuttgart, raised in Rome and now lives and works in Düsseldorf. His upbringing planted the seed for him to keep moving around and experience other ways of life. Having travelled extensively after studying at the Kunstakademie in Düsseldorf, Esser has built a large body of work, mostly of landscapes, that feature in many institutional collections, including the Metropolitan Museum of Art, New York; the Guggenheim Museum, New York; Kunsthaus, Zurich; and the Stedelijk Museum, Amsterdam.

Alexander Glover: Your photographs in Morgenland present the Middle East as a region filled with great beauty and stillness. But there are subtle hints throughout, such as small posters in the background depicting the Syrian president, Bashar al-Assad, that suggest the ongoing conflicts in the region. Is Morgenland about balancing out the western mainstream media’s depictions of the region?

Elger Esser: I never try to persuade viewers to read my works in a predictable way. At the time of taking these images, many Syrians who were living in Lebanon and Syria considered Syria as a nation in a position to protect Lebanon. The country was full of images from Rafic Hariri [prime minister of Lebanon 1992-98 and 2000-04] to [Shia Muslim and Iranian revolutionary leader Ayatollah] Khomeini. My images are just a silent and cautious comment about living a political life, driving around with your ideological credo.

AG: Did you have this project – Morgenland – in mind when you started taking photographs of Lebanon in 2005?

EE: Not at all. My work grows and then, later on, I put things together if they match.

AG: A selection of the featured works on the ground floor, such as Nizzana (The Secret Archive of Livi Benjamin, Palestine, 1948) (2015), appears to be found photographs by an unknown photographer. Could you explain their inclusion in Morgenland in relation to the other work on display?

EE: This was one of three bodies of works I produced in Israel. It is a comment on how to read history, how much photography is a document and proof is a very unstable guarantee. It’s a self-created fake archive, made without judging the Israeli settlement politics, but referring to a loss of culture. Ruins are always testimonies of a big loss.

AG: A few of your photographs in this exhibition, such as One Sky I (Liman, Tyre), Israel (2015), have been printed on to silver-coated copperplates and are placed on pedestals. What was the thinking behind presenting these works in this way?

EE: This work shows the border between Lebanon and Israel. Both views were created simultaneously – one taken from Israel looking north towards Lebanon and one taken from Lebanon looking towards Israel. You cannot see the physical borders in the images, but you can feel it, when you try to see both images at same time.

AG: You were born in Stuttgart, grew up in Rome and studied photography in Düsseldorf. Do you feel that moving between these cities in your formative years influenced you in your decision to travel all over the world since the mid-90s?

EE: Certainly the beginning of a life is always your homeland. I grew up as a German-speaking French citizen in Italy. I feel like a real European with a Roman Catholic cultural imprint. I never took a decision on that; my life drove me.

AG: Your photographs are often in sepia or monochromatic colours. What effect do you think this has on the content of what is being shot?

EE: It makes them images and not photographs, in that they go beyond the straight, transparent documentary image.

AG: You cite the French novelists Marcel Proust, Gustave Flaubert and Flaubert’s protege Guy de Maupassant as influences. What is it about this period of French literature that speaks to you?

EE: I am interested in this parallel rise of photography and realism in literature.

AG: Paintings from the Romantic period in art history provide the more visual influence for your work. Do you ever have specific artists or paintings in mind when framing a shot?

EE: When I was a child, I was mostly looking at frescos of the Renaissance period or frescoes of the Roman period. Later on, I mostly focused on Flemish landscapes, and then Paul Cézanne and JMW Turner. My connection to Romanticism is more a projection by others. I feel closer to Turner than to Caspar David Friedrich, even though I like the attitude of the Romantic period, as it was the start of the modern artist.

AG: When you studied under Bernd and Hilla Becher at the Kunstakademie, you were described by publisher Lothar Schirmer as a “heretic” of the school because you rebelled against photographing German industry and cityscapes in favour of more beautiful and timeless subjects. Why was beauty and timelessness important to you then, and is it still as important?

EE: Beauty is not important; it’s a logical result, in my opinion. Somehow, it’s in our mind that landscapes are beautiful – our brain tells us this. Perhaps we still haven’t digested the cultural development of the past 1,000 years. I just wanted to do my work: the work chose me, not the other way. I just followed on something that tried to get in touch with me.