Rooms With A View: The Open Window in the 19th Century

Rooms With A View: The Open Window in the 19th Century

Sometimes the simplest idea is, simply, the best. Thus the 19th-century notion of turning the open window into an artistic subject matter in its own right, has been matched in its simple rightness by curator Sabine Rewald’s decision to gather the best examples of this genre here together.

The resultant exhibition, entitled (with surely a certain grammatical license) Rooms With A View, is an absolute triumph, though that word might be too strong for the subtlety, calm and modesty of this exemplary display.

For not only are these individual paintings and drawings an unfailing delight, but the exhibition design is equally serene: beautifully toned, pale hued high-ceilinged rooms with relatively few works given space to breathe, not to mention an almost North European delicious breeze of air-conditioning against the swelter of Manhattan without.

The exhibition, amazingly the first ever on such a theme, takes as its starting point a pair of drawings by Caspar David Friedrich of his Dresden studio window, impeccable works never before exhibited in America, and which, dating from 1805, serve as the origins of this iconography. The open window, and its view beyond, are here presented as a key leitmotif in the Romantic movement, linked to a range of its preoccupations, yearning and individuality, travel and the sublime, from domestic elegance to the unattainable.

And how curious it is when artists first capture a certain image or angle which until then has seemed inappropriate or perhaps even invisible. Thus Friedrich with his frontal view of the open casement, or Rodchenko with his photographs of people taken from above, viewpoints it is hard to imagine never existed before. For as the judicious catalogue essay by Rewald points out, most previous paintings of windows, especially amongst the 17th-century Dutch, showed them from the side, never from the front, let alone with a view.

The discovery, if one could call it that, of this new device so ripe in potential, allowing one to portray not only the interior space but also every sort of landscape or cityscape beyond, to depict people, rooms and exterior places all in one plane, was rapidly adopted across le tout Continent.

All the works on show are from Europe, (a trove of treasures lent by Russian museums, including a third Friedrich drawing to rival the others, sadly never arrived) and curiously only one is from the Met itself and none from Britain, surely revealing in itself.

There are few famous paintings here and in fact few artists known to the general public, but nearly all the loans are institutional (only two drawings and paintings from private collections) which attest to their exceptional quality and local popularity, often being longtime museum favourites. Even postcards have been available from the lending-institutions, further proof of these works status.

Just as Friedrich drew his own studio, the theme of the artist at work in his rooms, his professional paraphernalia, his personal belongings and furnishings, became highly favoured. One might even posit that for these artists painting their own studio became almost a metaphor for their, literally, interior state, their mind as it were, with the vista beyond embodying the outer world.

Some of the best examples of these studio-pictures belong to a sub-sub-genre, those painted at the Villa Medici during the Prix de Rome, either by artists of themselves or of their fellow painters, often early in their residence when the novelty and beauty of the city below was entirely fresh, as fresh as it remains in these paintings today.

There is a particuarly fine example by Léon Cogniet, whose exceptional studio-window views at the Musée des Beaux Arts in Orléans are the only works I can think of that were overlooked for this otherwise definitive exhibition.
There is also an 1811 portrait of Friedrich himself in his studio, which was infamous for its monastic simplicity, its bareness oft compared to a monk’s cell.

And indeed a strong subtext of this show is the proto-modernity of not just its subject but the interiors depicted themselves. Due partly to the poverty following the Napoleonic wars and partly to the new Biedermeier style, the rooms here depicted are absolutely to contemporary taste in their stripped-back simplicity and minimal crispness. There are bare wooden floorboards and plain walls of entirely current pale colours, almost no bibelots or fussy details. Practically all of these interiors could be proposed by any decorator today, more than 200 years later. There is even a watercolour by one Carl Gropius, direct ancestor of the architect himself, as if making clear the link between these austere interiors and Bauhaus rationalism.

For the Romantic aesthetic here conjured, even though it stretches to Menzel, the last artist in the show, is clearly positioned in opposition to the “other” 19th century, the Victorian and neo-Gothik excesses we associate with that era. Thus Anton Dieffenbach, the one artist from the Met’s holdings, is reprimanded in his text label for losing his “promise” and instead embracing “genre scenes of happy peasant life, often with children and animals”, clearly altogether less acceptable to contemporary curatorial taste.

The attention to detail so rewarding in each individual work is echoed by the close attention of the exhibition organisers. Thus not only is a generous reading-room provided, calm and charming as any of the interiors depicted, but it is decorated with a blown-up image from a painting of a reader at his own desk.

Likewise there is a very well stocked bookstore just for this show, including academic tomes, a wide range of reproductions, even a bi-lingual edition of German Romantic verse, and of course the aforementioned excellent catalogue. For the potency of this exhibition is precisely that though there is a vast art and socio-historical, not to mention psychological and literary, theoretical background to its premise, it is also instantly visually rewarding, utterly charming.

The only mystery, along with those missing Russian loans, is why it is not travelling elsewhere, especially within in its native Europe. 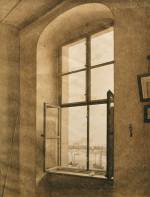 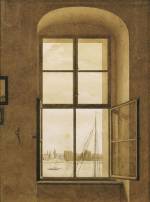 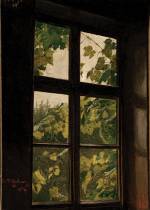 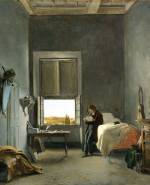 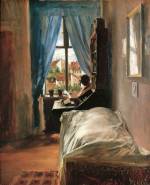 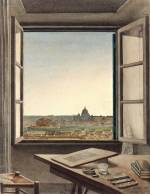