He was one of the most influential Italian abstract artists of his time, and the raw energy of Vedova’s work comes across in this show, which includes five monumental canvases first shown together at 1982’s Documenta 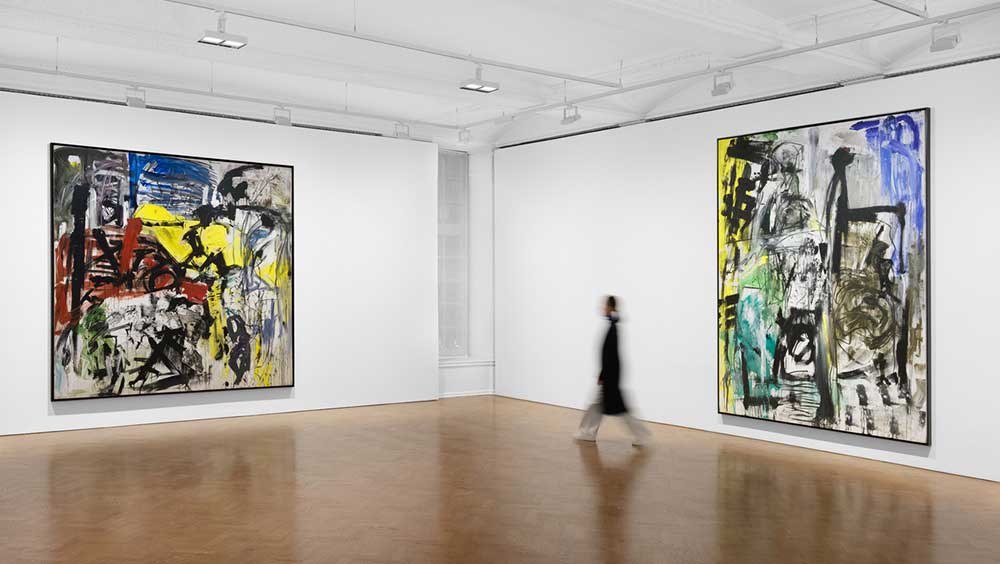 Astonishingly, and despite a long and distinguished career, this is the first solo exhibition in the UK of work by the Italian artist Emilio Vedova (1919-2006). It is 40 years since he exhibited at the 40th Venice Biennale and Documenta 7 in Kassel in 1982, and this exhibition at Thaddaeus Ropac reunites the five monumental canvases he exhibited in Kassel on that occasion. It also shows a number of smaller, earlier works (mainly from his Per la Spagna ’60/’61 series) made between 1960 and 1961, as well as two larger untitled works from 1983 and 1984. These provide useful, if somewhat incomplete, context for the works from Documenta 7. 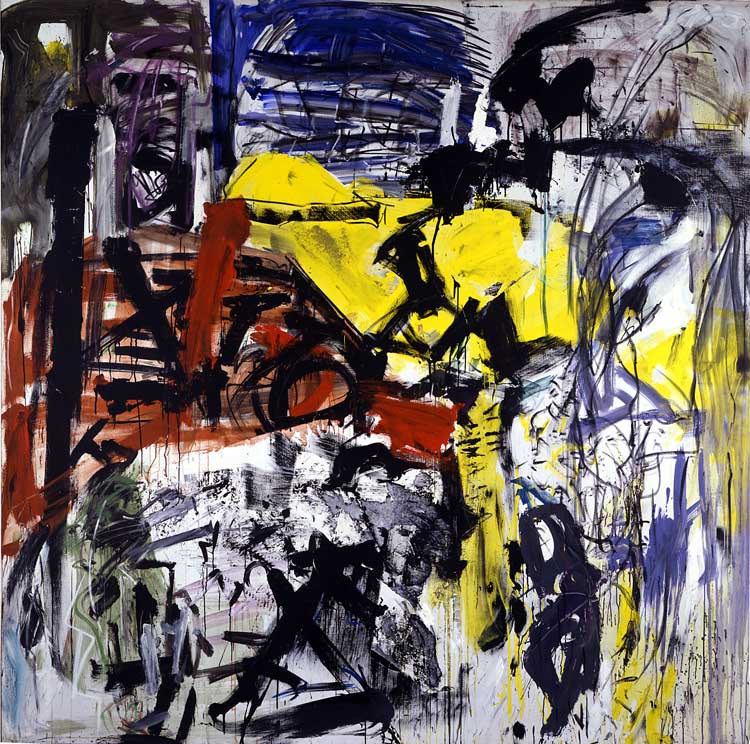 As one of the most influential Italian abstract artists of his time, Vedova had previously exhibited at the Venice Biennale in 1948 and at Documenta I, II and III in 1955, 1959 and 1964 respectively. For Documenta 7, the sheer scale of the works in question was staggering and their emotionally powerful nature undeniable. Vedova was born in Venice, where he spent most of his life, and the presence of the city’s light, water, sand and architecture resonated in his paintings throughout his lifetime. The baroque and the work of Tintoretto loomed large in Vedova’s thinking. 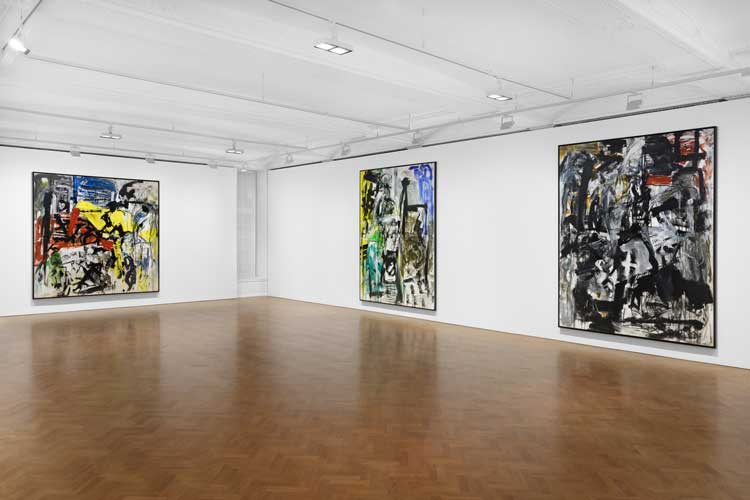 In 1980, he was invited by the National Autonomous University of Mexico to exhibit and lecture. Vedova drove across the Yucatán Peninsula and visited Mayan ruins. His tour also took in Oaxaca and Guanajuato, and the trip profoundly influenced his practice. It was not only the natural Mexican landscape and the architecture and artefacts of this vast country that captured his imagination, but the murals of José Clemente Orozco (1883-1949) and the Mexican muralists were a touchstone for him too. Furthermore, Vedova’s large canvases of the 1980s also harked back to the Venetian tradition of the 16th and 17th centuries with which he was already familiar, so nothing was straightforward in the large expressive gestural works he created at this time. What adds to the interest in these paintings is the variety of media used. Although Vedova mainly used paint, with some pastel and charcoal, he sometimes added small scraps of newsprint and sand, using both materials to great effect. 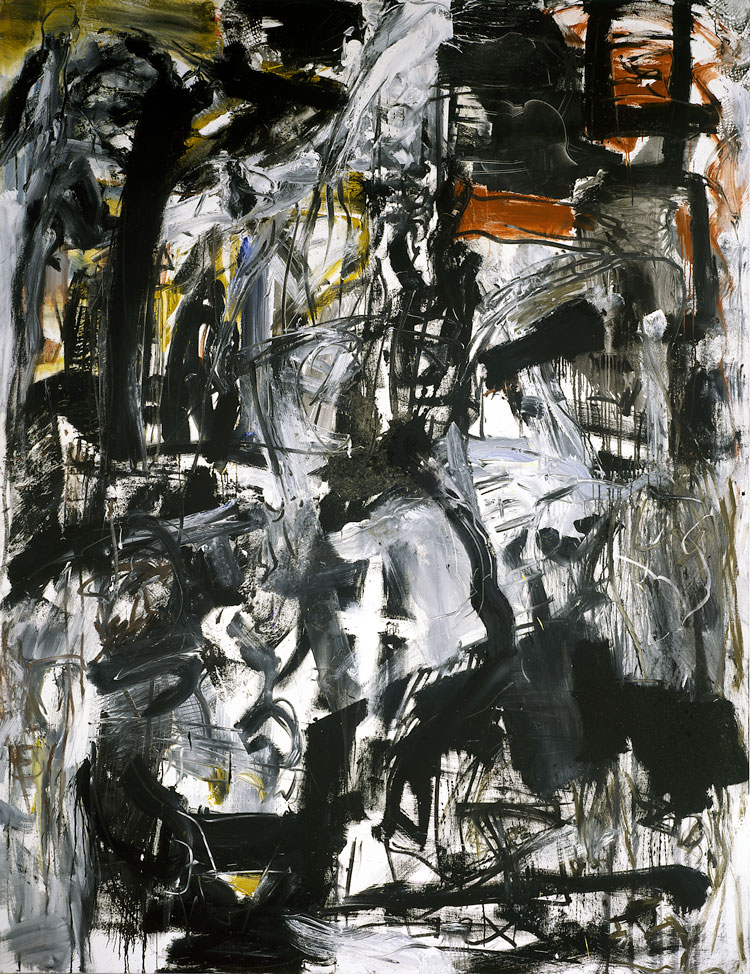 The large-scale works exhibited at Documenta 7, as selected by Rudi Fuchs and Johannes Gachnang, were part of Vedova’s Emerging and Compresenze series. Seen once again in this exhibition, it is not difficult to see why he might have named them Emerging and Compresenze. Their uninhibited vigour reveals someone grappling with their understanding of the world around them. When things are seemingly beyond, or on the edge of comprehension, all we can do is grapple with ideas and hope a new understanding emerges.

The raw energy of the smears, daubs and strokes of Vedova’s paint is testament to his fierce response to the condition of the postwar world, still strong even in the 1980s. These works were the result of a physical reaction – the sweeping strength of the gesture and its material remnant in paint on canvas – and a psychological reaction – the clarity of thought with which Vedova approached his painting. He was regarded as one of the leading advocates of Italian and European informel, with Alberto Burri and Lucio Fontana, together with abstract expressionist painters such as Jackson Pollock, Willem de Kooning and Franz Kline. 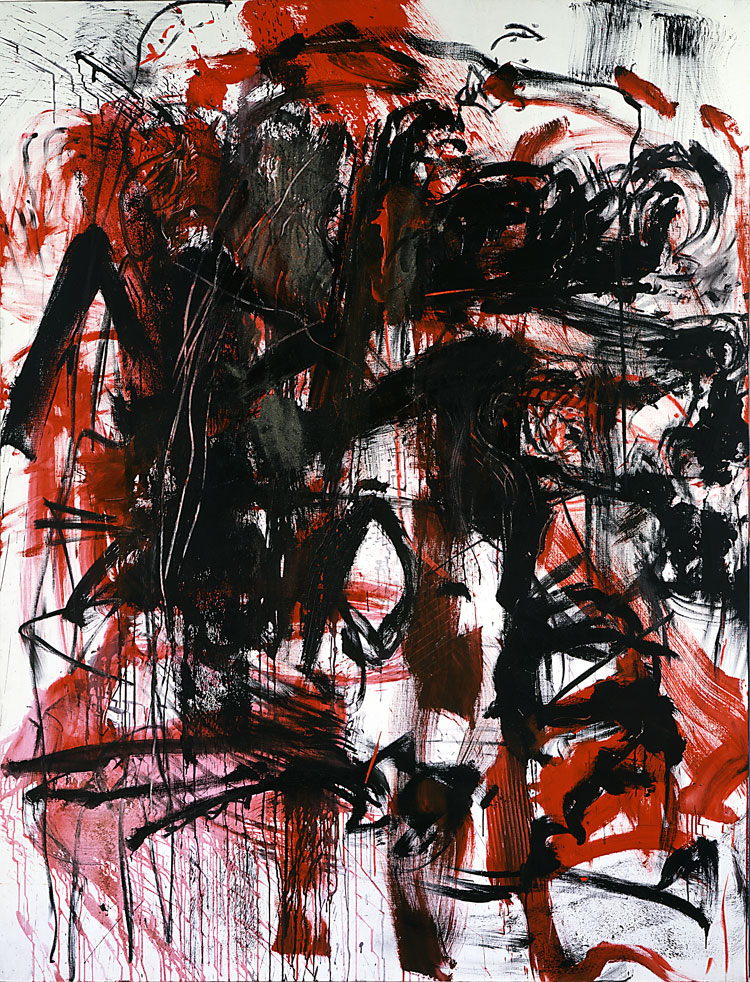 Vedova, though, always maintained that his paintings were the result of conscious creative thought, unlike the unconscious drive normally understood as at the heart of the informel and American abstract expressionism. As he explained in 1962: “If you look at the tension bursting in my signs, it is easy to label them informel! But that is superficial. These works are structures – and these are the structures of my consciousness.”1 In this way, he insisted on a conscious, rational thought process behind his work and distanced himself from American abstract expressionism, something he had in common with his friend Georg Baselitz.

In Vedova’s writing, as much as in his painting, he revealed his political commitments. In 1951, he visited Paris for the first time and, like other artists before him, he looked to Pablo Picasso as an artistic and political model, taking Guernica (1937) as an important reference point. Picasso had painted Guernica while living in Paris, in response to the bombing of Guernica in northern Spain on 26 April 1937. Vedova said: “By Guernica we are inspired, to Guernica we ask for the strongest words. The strongest surge.” The political thrust of the work was important to him. With deep political commitment came intense artistic exploration. During the 1960s, for instance, Vedova’s political commitment resulted in new explorations in his Plurimi series (1961-65), working somewhere between painting and sculpture. His text On Collision of Situations (1961) went some way to explain this when he related the strength of feeling, or sentiment, with the search for material or technique. Through eternal investigation, then, the artist will find a way to respond to the situation they find themselves in. 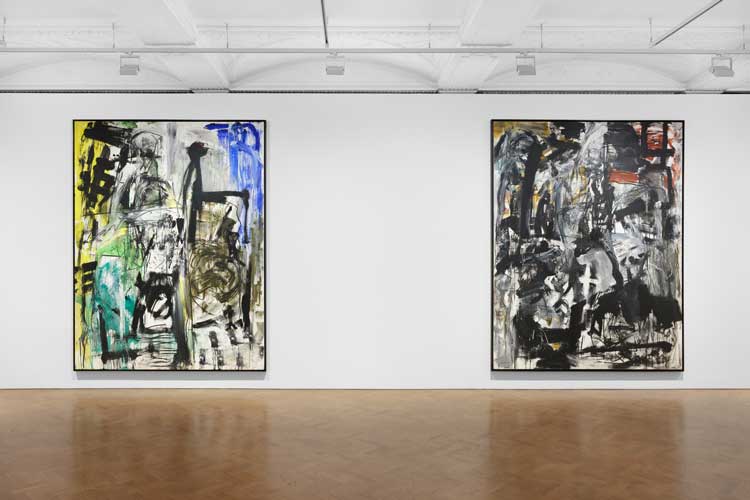 I must say something about Thaddaeus Ropac’s gallery space in Mayfair, London. The mansion was built in 1772 by Sir Robert Taylor and was named Ely House when it was commissioned by Bishop Edmond Keene of Ely to be his London residence. The grand 18th-century town house has served many purposes since, including, from 1908 to 1939, being home to the Albemarle Club, a meeting place for aesthetes, artists and intellectuals. The Albemarle, formed in 1874, was the first private members’ club to accept female members and was at the centre of avant-garde thinking and the women’s suffrage movement. I have no idea what Vedova would have made of the building’s chequered history. The smaller works in this exhibition feel somewhat lost in the space, but the large paintings, especially those from Kassel 1982, look tremendously strong in the light airy spaces. 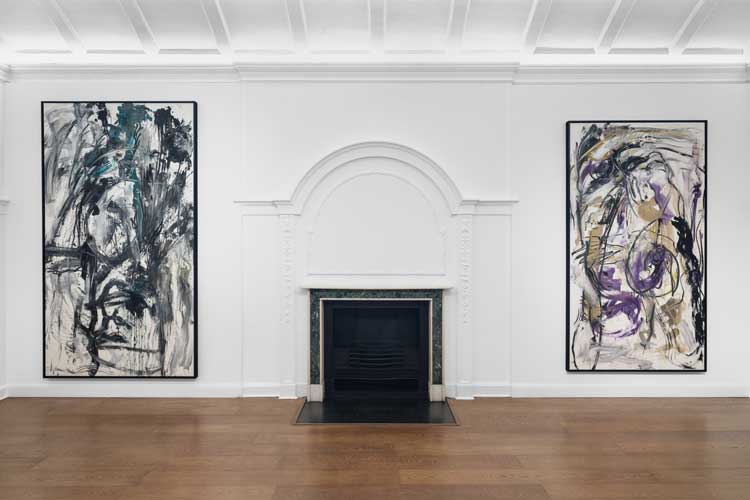