An enlightening and enriching insight into the juvenilia of the controversial photographer, showing 12 rarely seen collage and assemblage works, in which he develops motifs and themes that continue throughout his career 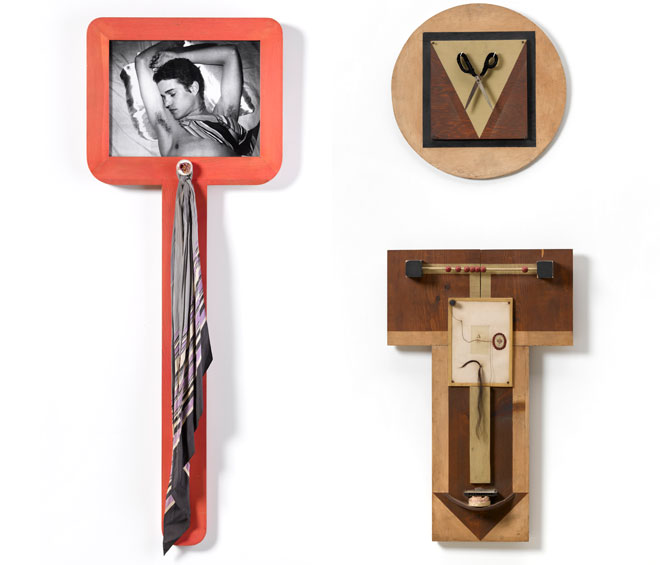 Robert Mapplethorpe (1946-89) may be best known for his photographic works and controversial imagery of the underground BDSM scene in the late 60s and early 70s of New York, but he didn’t really begin taking photographs until he borrowed a Polaroid camera in 1971, and then later acquired a Hasselblad medium format of his own. Before this point, he studied at the Pratt Institute in Brooklyn, majoring in graphic art (although he dropped out in 1969 without completing his degree). During this time, however, and in the years immediately following, he made a large number of collages and three-dimensional assemblages, compiling everyday objects and found images from (often pornographic) magazines. This small, but enlightening and enriching exhibition at Galerie Thaddaeus Ropac in Salzburg, brings together 12 of these “objects”, rarely ever seen, and recently acquired by the J Paul Getty Museum and the Los Angeles County Museum of Art (LACMA) from the Robert Mapplethorpe Foundation, set up by the artist before his death from HIV/Aids-related complications at the age of 42.

The objects on display show a clear graphic influence, with the triangle – representative of the Trinity and the traditional portrayal of the Holy Family – recurring as a repeated leitmotif throughout. One of six children, Mapplethorpe had a strict Catholic upbringing, which permeates his work, even when its content becomes more explicitly homosexual and contentious.

Jay – Kiss (1973) combines a photograph of an otherwise naked man in a silk scarf, framed in a red-painted wooden shape, approximating the standard male sex symbol of an arrow attached to a circle, derived from the astrological symbol for the planet Mars. Turned on its head, the frame represents the male body itself, and the silk scarf from the photograph is pinned around its “neck”. This male symbol reappears also in Untitled (2-Part Wood Collage) (1970), a fantastic assemblage of wood, metal, plaster and found objects, including a velvet-bound pair of scissors, a bar from an abacus, a harmonica on top of a set of false teeth, some thread, a sizeable lock of hair, a portrait of a woman, and a religious medallion embossed with a sacred heart wrapped in thorns, on which is written: “Cease! The heart of Jesus is with me! Thy kingdom come!” The simplicity of this work, combined with the rich and complex symbolism of the objects incorporated, both individually and as a whole, is strikingly effective and intriguing.

Equally intriguing, albeit in a different way, is the now iconic photograph of Mapplethorpe himself, Self Portrait (1985), in which he sports a pair of satyr horns, symbolic of insatiable lust and lasciviousness, and chosen by Mapplethorpe as the cover image for a bilingual edition of Rimbaud’s A Season in Hell, illustrated throughout by the, by then, budding photographer. This image was to go on to frame Mapplethorpe’s work for the rest of his career.

Untitled/Madonna Medallion (1968) comprises the same sacred heart medallion as previously discussed, this time alongside a picture of the Virgin Mary, poised on top of a Goya-esque drawing of something resembling a heart, or internal organs, roots, or a mussel – either way, symbolic of new life and birth, contrasting perhaps the concepts of transcendence and immanence.

In Untitled (Hearts) (1969), a curved tube of hearts and flames penetrates a black-and-white photograph of a naked man, once more, legs akimbo, sitting on a stool, behind a mesh. Here, the man appears to be the passive recipient, rather than the passionate lover from the self-portrait with horns. Throughout the works on show, masculinity is dissected and explored from different angles, offering a holistic view, whereby the male both gives and takes – a clear reflection of Mapplethorpe’s own sexual persuasion. Tantric interpretations would also not be off the mark, since, as already suggested by the tarot cards, Mapplethorpe was interested in darker themes, including black magic.

From 1967-72, Mapplethorpe lived with his close friend Patti Smith, who supported him by working in bookstores. They created art together and, even after he realised he was homosexual, they maintained a close friendship. In her memoir, Just Kids (published 2010), Smith noted of Mapplethorpe: “Robert took areas of dark human consent and made them into art. He worked without apology, investing the homosexual with grandeur, masculinity, and enviable nobility. Without affectation, he created a presence that was wholly male without sacrificing feminine grace. He was not looking to make a political statement or an announcement of his evolving sexual persuasion. He was presenting something new, something not seen or explored as he saw and explored it.” This is certainly visible throughout the works in this exhibition, in which he explores sexuality, allure, religion and a sense of physicality, abstracted into the graphic world, thus rendering it artistic and avoiding outright obscenity. This exceptional opportunity to view the juvenilia of such an arresting artist offers new insights for those who are already fans, and captivating bait for those who aren’t. The symbolism is so full of intrigue that one inevitably leaves the exhibition desirous of finding out more. 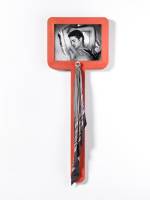 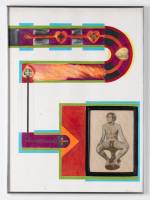 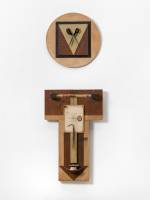 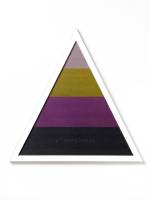 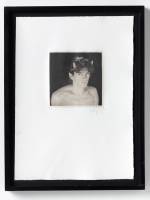