Eleanor May Watson – interview: ‘Home is a sanctuary, but also a really complicated space for most people’

Eleanor May Watson – interview: ‘Home is a sanctuary, but also a really complicated space for most people’

Eleanor May Watson talks about the weight of history, the evolving nature of her work and the complexities of the domestic space 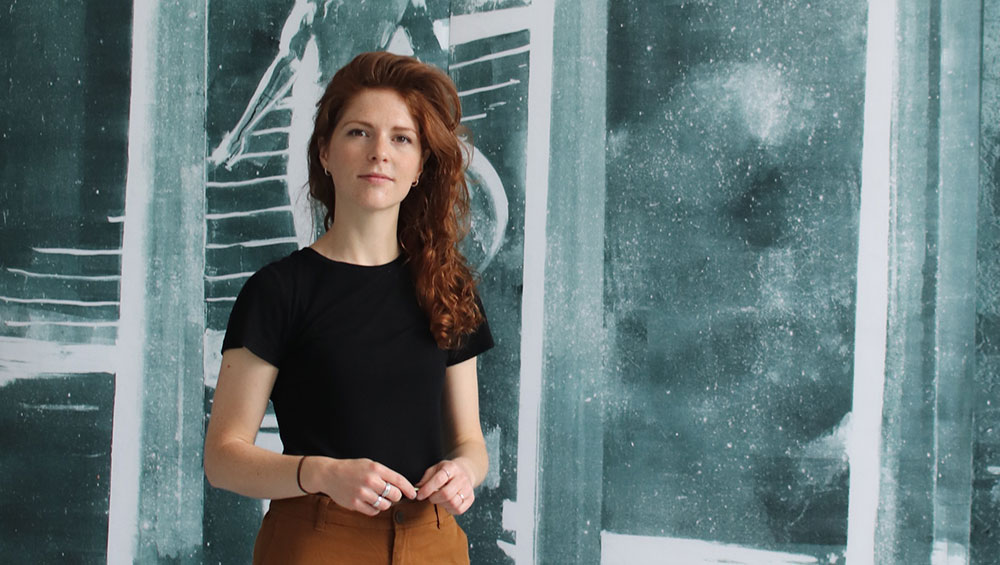 Eleanor May Watson. © the artist.

The work of Eleanor May Watson (b1990) examines the charged world of interiors. In her paintings, opulent stately homes are interrogated through contemporary eyes. The gaping fireplace of a coolly lit salon remains half-described and takes on a mysterious presence; doors lose their details and become impassable, empty chairs melt into tablecloths. In Watson’s hands, timeless spaces become mutable and loaded with narrative possibility. 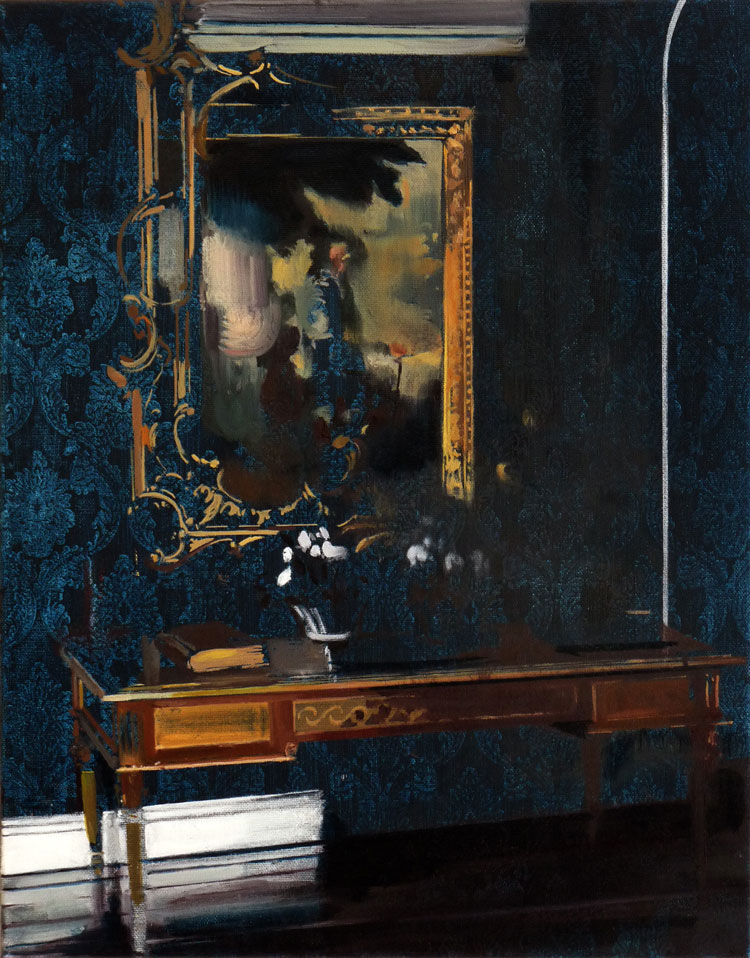 But there are no characters in these rooms. Instead, objects speak in the absence of people. A table laid with pristine blue-and-white bowls promises a future meal, but has the fragmentary quality of a memory. Light pours into the scene, yet the corners of the room remain dark. There is a sense that not everything is quite as it seems. With the UK in its third lockdown, and most of the population working from home, Watson’s interrogation of the domestic seems more relevant than ever.

She spoke to Studio International from her home in Tonbridge, Kent.

Emily Spicer: Can you tell me about your 2017 exhibition, Dear Reader?

Eleanor Watson: That was the result of a year-long residency in Derbyshire. I was awarded the Jonathan Vickers Fine Art Award, which gave me a stipend and a studio. You do a teaching fellowship at the University of Derby, which is supported by this amazing group of volunteers, and it results in the opportunity to have a solo show at the Derby Museum and Art Gallery. That was a really good year and the first time I put together a big body of work. Each painting related to the story of a woman from Derbyshire, which meant I had the opportunity to get in touch with some incredible women. I met Sandeep Parmar, for example, who is an incredible modernist poet inspired by Anne Carson. The theme of the year was the changing faces of Derbyshire, but I wasn’t interested in painting portraits. Instead, I thought that making biographical paintings that weren’t of the people themselves seemed like an interesting and challenging task. Some of the interiors were imagined, some were from source materials that I adapted. They are less about literal connections and more about the poetic. 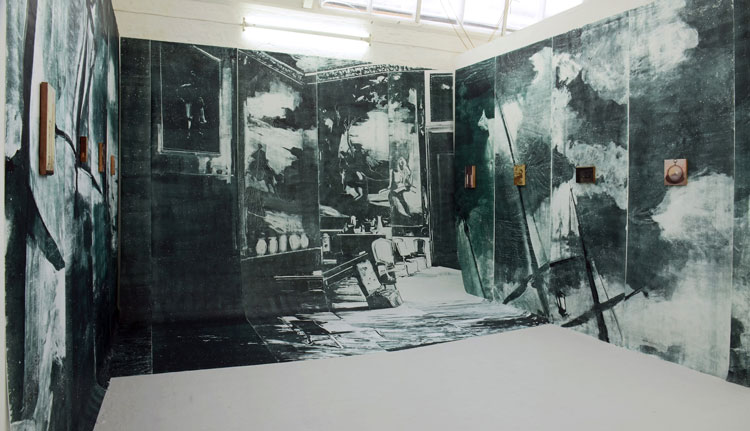 ES: In the past you have described your style as literary. What kind of literature inspires you?

EW: I try to read a lot, especially poetry. I also listen to audiobooks while I’m painting, which people find surprising. But it’s almost as though I’m not really listening; I’m being absorbed into another space. I’ve been thinking about how painting is a type of escape for me personally. It is also an escape into the space I’m painting and into the materiality of the paint. Reading is a similar experience, one of being in the present, but also being elsewhere. I’ve been thinking about that a lot in the studio and I’m hoping that the work will provide that experience for the viewer as well.

ES: There is ambiguity in much of your work; parts of your paintings are intricately described, while other areas are left as blocks of colour or shadow. Is this a way of leaving room for interpretation?

EW: Yes. I had a really amazing tutor on my BA, Nelson Diplexcito, who is an incredible painter. He advocates an economy of means in painting, which invites the viewer in because you’re not over-explaining or over-describing something. It’s about leaving the viewer enough information so that they can make those imaginative leaps and find joy in making those decisions. It is about allowing the viewer to be active in looking. 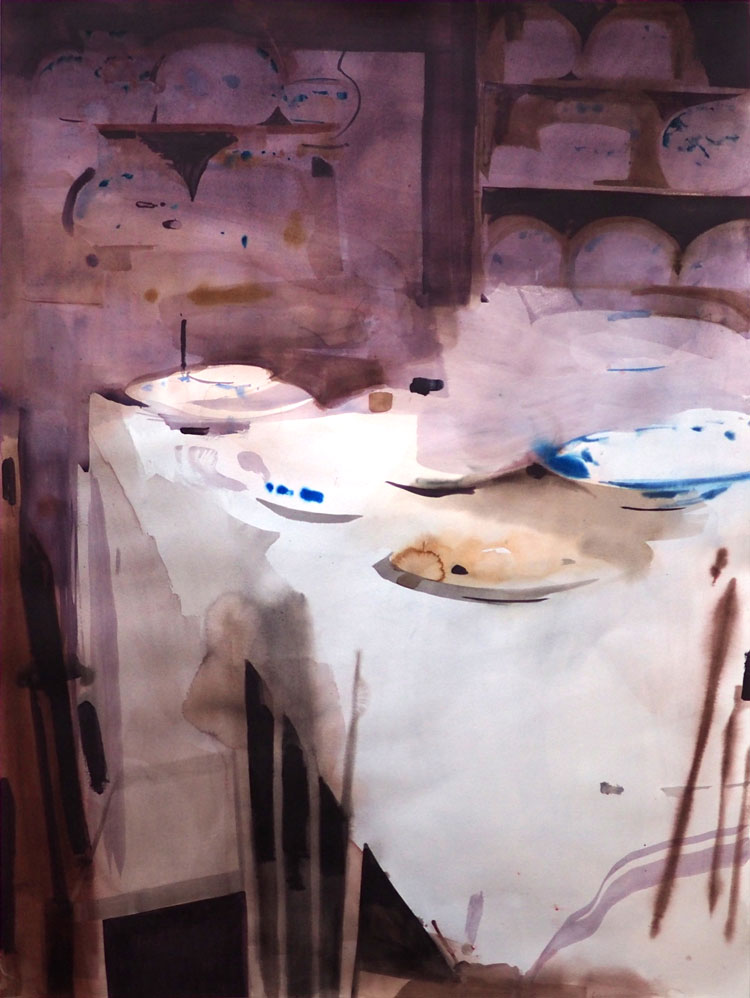 ES: Sometimes your paintings focus on just a single item, such as a candle or a vase. What draws you to a specific object?

EW: I’ve long been interested in Dutch still-life paintings, in their being the ultimate oil painting in a way. They’re a metaphor for human exploration and frailty. Just a vase of tulips or a peach can be symbolic and so culturally loaded. My work has largely been about interior spaces and the relationship between objects, but when I’m honing in on one object, I’m quite purposely trying to pick things that are symbolic. I was interested in candles because they are heavily symbolic things and were historically the only source of light for hundreds of years. I was looking at colonial history – at the 17th and 18th century – and candles being a symbol of light and the meaning behind that. There is also a whole spiritual thing to a candle. All the candles I painted were unlit.

ES: Does anything from your personal life find its way into your paintings?

EW: I’ve just made a file of photos I’ve taken over the past six months, the kinds of things you frame in your life to put on Instagram. I’m going to see what happens when I work from those. I’m interested in that paradox of taking a photo of a domestic space that looks homely, but is totally unliveable because it’s set up in a pristine way. It’s also about home being a sanctuary, but also a really complicated space for most people. It is related to our sense of belonging and I’m increasingly interested in what that means. 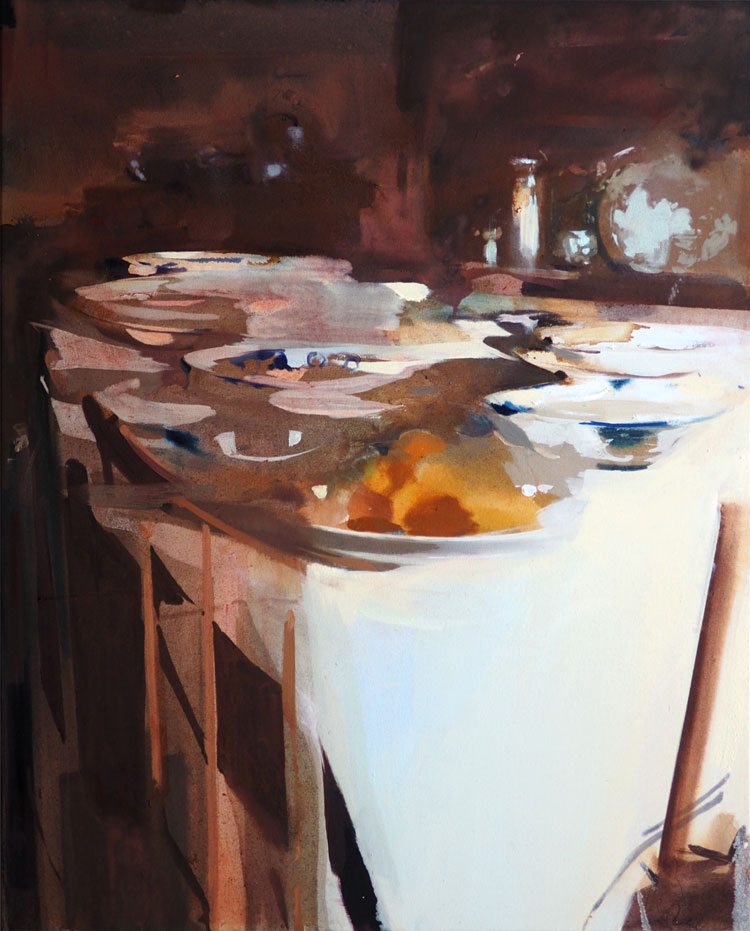 ES: For your MA degree show, in 2019, you departed from interiors to paint a large ship floundering in a storm as part of an installation. Can you tell me about this image?

EW: Those were monotypes on Japanese paper, big drawings basically. They were cropped sections of the same shipwreck painting. I’m interested in the value of art and the legacy of art history, but also in the colonial past. When you see a shipwreck painting, it provides a kind of escapism into a forgotten time when the world had pirates. But it’s a misplaced nostalgia. That was the beginning of globalisation, but also the slave trade. In the middle of that installation there was a very still interior. There was meant to be a dissonance between the very still, quiet interior and these loud, textured things next to them.

ES: From which artists do you take inspiration?

EW: I see Jean-Édouard Vuillard’s work as incredibly eerie. His paintings are always really curious. I aspire to that representation of the domestic, which sits somewhere between the familiar and unfamiliar, the eerie space that hovers between the two. But there are lots of artists I look at, all the way through art history, such as Piero della Francesca, Johannes Vermeer and Diego Velázquez. I just get really greedy when I look at them. There are loads of contemporary artists I like to look at, too. Hurvin Anderson is probably my favourite. I also love Mamma Andersson. And I’ve just ordered the book for the Jennifer Packer exhibition at the Serpentine, which I am desperate to see. 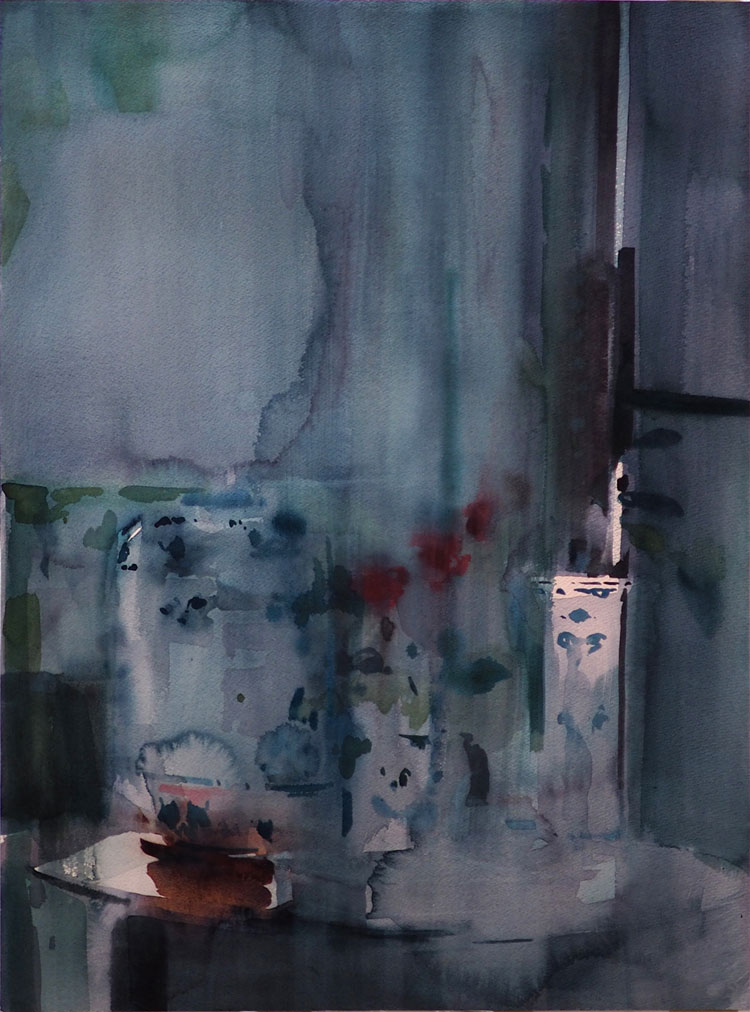 ES: How do you see your work developing next?

EW: I’ve got work in the studio that is moving more towards abstraction. I’m focused on pushing myself further out of my comfort zone. It’s interesting to see how little information I need to get the kind of feeling I want to convey. Also, working in watercolour was new last year. It was a response to having restrictions in the materials I could use at home. But I was also going through a bereavement and being in a studio became really important, but also really difficult somehow. A new material felt appropriate for a new phase in my life. I didn’t feel that I could continue in the way I had before. Once I had played around with watercolour and a new language, I could then translate that back into oils. So, I’m going to carry on trying that, but I haven’t quite figured it out yet. 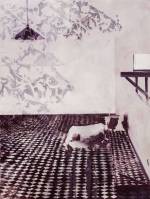 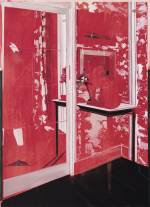 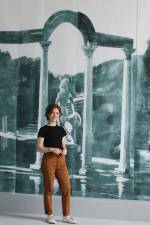