The White Cube presents two of Doris Salcedo’s works, each exploring loss and the fragility of life with the artist’s signature flair 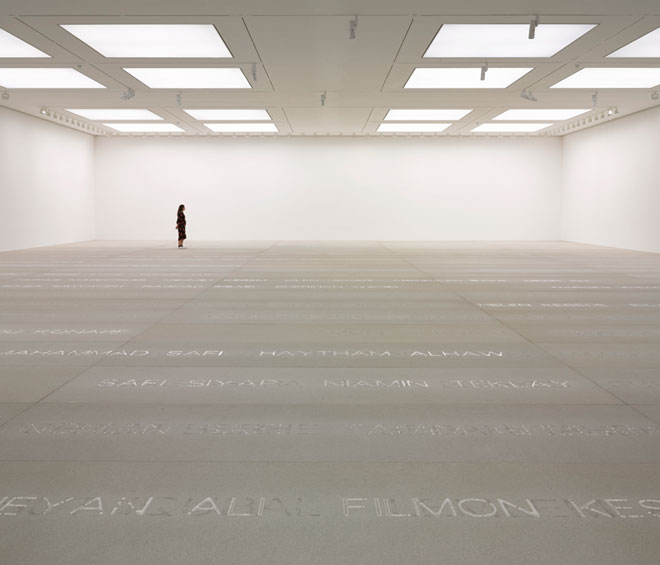 The installations of Colombian artist Doris Salcedo (b1958, Bogotá) are never simple affairs. They are technical feats that baffle even industry experts. Her most notorious work, Shibboleth (2007), which saw an enormous 167m long crack set into the floor of Tate Modern’s Turbine Hall, baffled everyone. How had she and the structural engineer Stuart Smith, who was tasked with making her idea a reality, achieved such a feat? The answer has something to do with casting a second floor on top of the original, although the precise details remain a secret. That the Tate took such a huge risk on the work (a scar still remains where the fissure has been filled in) is testament to the strength of Salcedo’s ideas and the pulling power of the spectacle she conjures. Shibboleth was a work about separation and borders, but it was also about how, as a society, we so easily forget the traumas of others. The fissure forced visitors to watch their step – it was a work impossible to ignore – but now people walk over the installation’s levelled remains without a second thought. 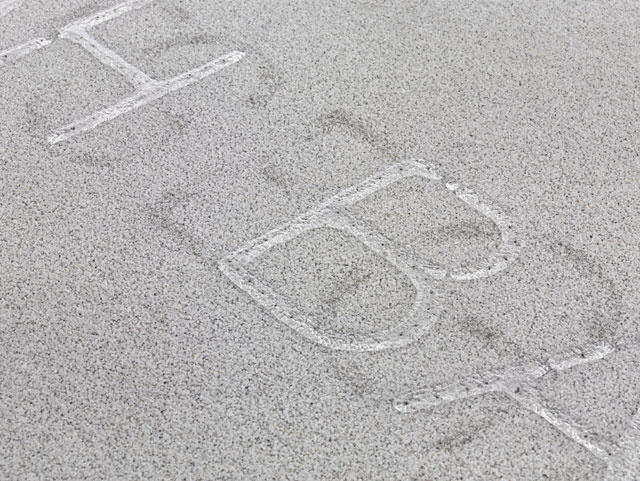 In the South Gallery of the White Cube in Bermondsey, Salcedo continues the themes of remembrance and forgetting with another, similarly mysterious installation. Textured slabs of stone line the entire room, displaying the names of 300 refugees who lost their lives on the perilous passage to Europe. At first, it looks as though the letters might be etched into the surface of the stone and that these shallow channels are being filled by water welling up from beneath. But on closer inspection, it is clear that the water alone is holding the shape of the names, seeping up slowly through tiny holes. And then they disappear, and more names start to emerge.

Palimpsest – first exhibited in Madrid’s Palacio de Cristal last year – poetically explores how easy it is for lives to vanish and be forgotten. Like lines drawn in the sand, the names fade, but more replace them, a constant tide of people, washed up on to European shores. But Salcedo wants us to know their names. These people, who represent just a tiny fraction of those who have drowned trying to reach safety, are more than just statistics. It is a need to remember them as individuals, and others like them, that drives the work.

This is the first time that the artist has named casualties, but she has marked the loss of individuals before. Noviembre 6 y 7 (2002) was a similarly poignant installation that commemorated the 17th anniversary of a violent siege that took place at the Supreme Court in Bogotá. Two hundred and eight chairs were lowered down the facade of the Palace of Justice over the course of 52 hours, the duration of the original siege, in an act of remembrance, each chair marking the point in time an individual died, according to the autopsy report. 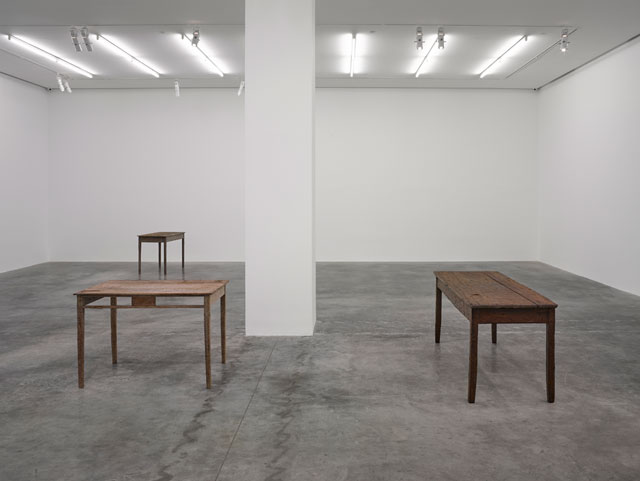 That furniture can stand in for people is explored by Salcedo in the North Gallery of White Cube. Tabula Rasa, meaning “clean slate”, is a new work inspired by conversations the artist had with survivors of sexual violence at the hands of armed men. Wooden tables stand apart in the sparse room, each heavily scarred by a complex process of destruction and rebuilding. Their surfaces bear witness to ruination, covered in a network of tiny cracks, some splintered more dramatically than others, so that the light shines through their fractures. They speak of the process of reconstruction, of putting lives back together piece by piece after a traumatic event. They are beautiful, fragile objects that have been painstakingly made whole again, one fragment at a time. But that they will never be quite the same again is the very point of the work. The trauma, Salcedo is telling us, will always show.

The artist also used tables in an installation called Plegaria Muda (2008 – 2010), which was displayed in the Guggenheim in 2015. The work commemorated youth killed in gang violence in Los Angeles and also those murdered by the military in Colombia, during an operation that became known as the false positive scandal. Soldiers killed impoverished and vulnerable young men and boys, then dressed them as guerrilla fighters. The more “guerrillas” they killed, the more rewards they received. In acknowledgement of these atrocities, Salcedo filled a gallery with simple wooden tables, one resting upside down on top of the other, earth sandwiched in between. Young blades of grass grew up between the tiny gaps in the upturned table tops, providing the only colour in a room of browns and greys. In her hands, these innocuous, everyday items were transformed into sombre objects reminiscent of graves. 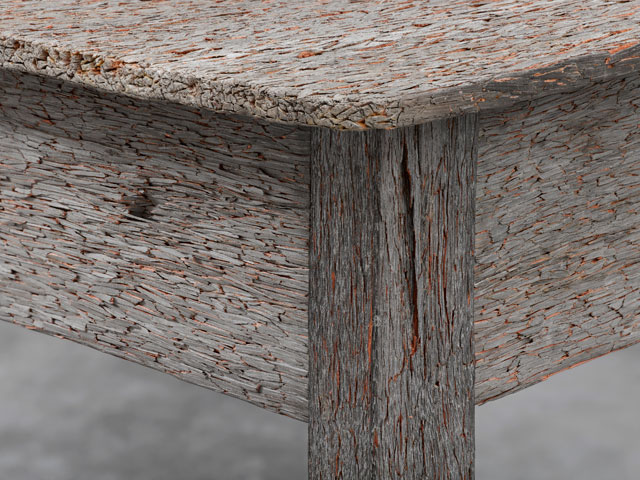 Vulnerability pervades Salcedo’s work. Be it young grass, names written in water or fragile pieces of furniture laboriously pieced back together, her installations are a study in the human condition and explore ways of remembering in a world where tragedy is all-too commonplace and lives too easily forgotten. Both Palimpsest and Tabula Rasa draw you in, as you try to understand how they have been made. But her works are so seamlessly realised that the how never entirely overshadows the why. These are quiet acts of protest that prompt us to remember, but they also speak of one woman’s conceptual genius, and her refusal to let us forget.