Donna Huddleston – video interview: ‘I was thinking of all the works being a double for myself’

Donna Huddleston – video interview: ‘I was thinking of all the works being a double for myself’

Huddleston talks about her beguiling new works on paper, for which she draws on her background in theatre to create figures that she sees as performing within the composition

In Person is Donna Huddleston’s inaugural show at Simon Lee in London. The title is both a playful reference to the show’s long-delayed opening due to the pandemic and to the theme of doubles and mirroring that reverberates through the works. “I was thinking a lot about the theatrical term ‘the stand-in’, which then led on to thinking about doubles,” she says. “Whether it's a body double, or the double of an actress, that idea to use doubles within individual works, and then, also, I double works with another piece in the show so that they reflect each other.” 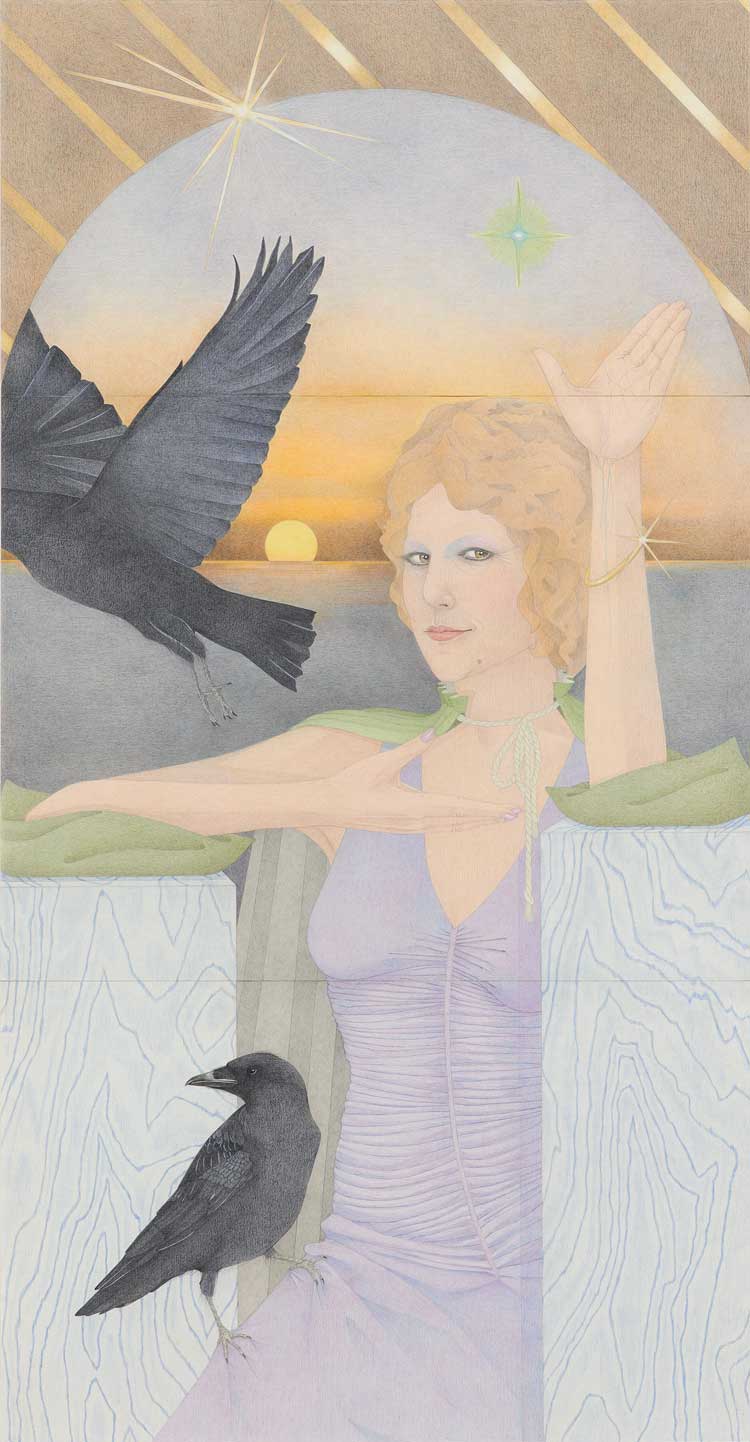 This is evident in echoes between drawings such as Brighter and The Stand-In, which each portray a female figure leaning on two plinths that flank her, as well as New Moon and Rising Fawn, which are linked by the motifs of piano keys and carnations; but one can find subtle threads connecting most of the works in this exhibition, which is characterised by moments of gathering and waning intensity like a symphony. One such thread – to return to the show’s title – is the theme of self-portraiture, the different sitters functioning as doubles for the artist, even if there is little visual resemblance. 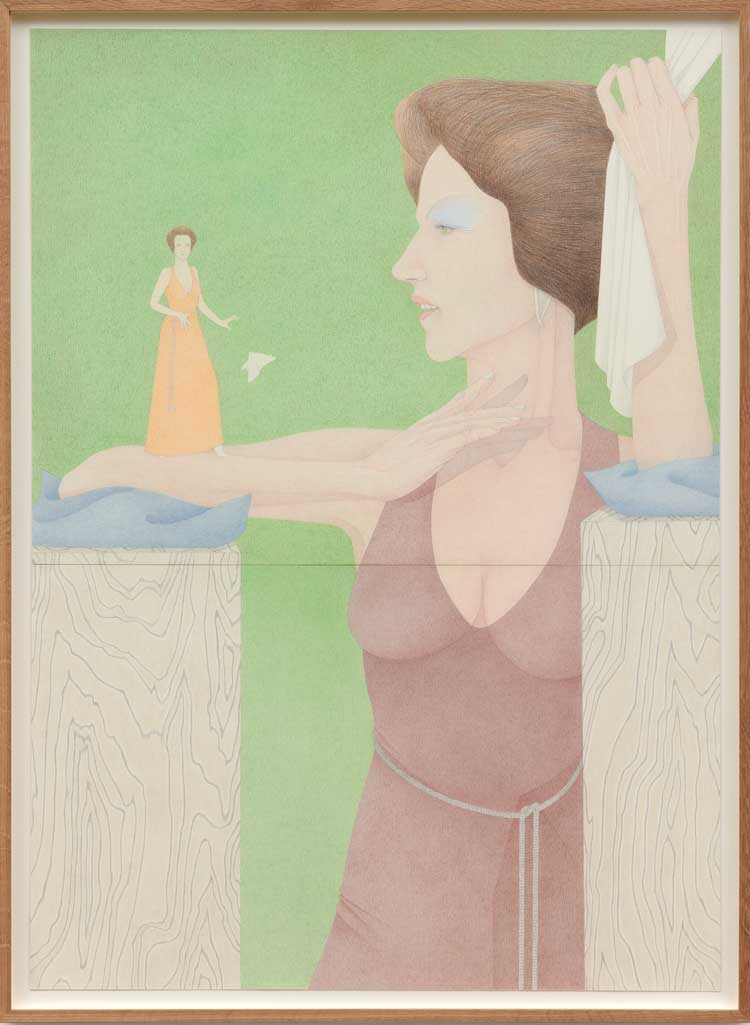 Huddleston (b1970 in Belfast) grew up in Australia and attended the National Art School in Sydney before training in stage design at the National Institute of Dramatic Art. Her experience working in film and theatre after graduating underpins her drawings, which tend to feature figures – often women – striking theatrical poses within stage-like settings. Huddleston, who is based in London, thinks of her protagonists as “figures performing within the composition”, she says. “They are kind of individual performances composed of many different elements. I build them up, almost like a series of prosceniums or stage sets within the construction of their composition.” 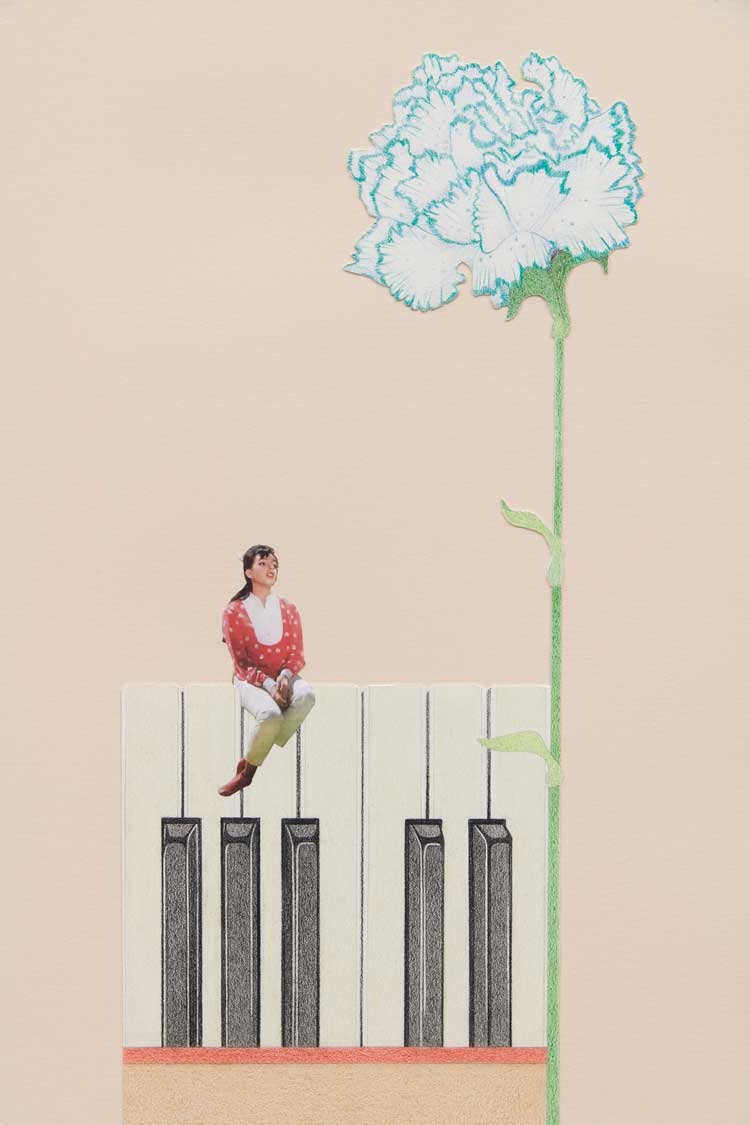 Her exquisitely fine, labour-intensive drawings are mostly executed in Caran d’Ache coloured pencil, which endows them with the hallucinatory quality of snatches of memory or thoughts flashing through one’s mind. Intricate textures vie for attention with vivid colour and surreal scenarios. Huddleston takes inspiration from myriad sources – René Magritte, David Hockney, Kai Althoff’s drawings, Ken Russell’s photos of Teddy Girls, Werner Fassbinder’s female protagonists, stills from Rosemary’s Baby and the original Snow White animation were just a few of the visual stimuli she drew on for this show. 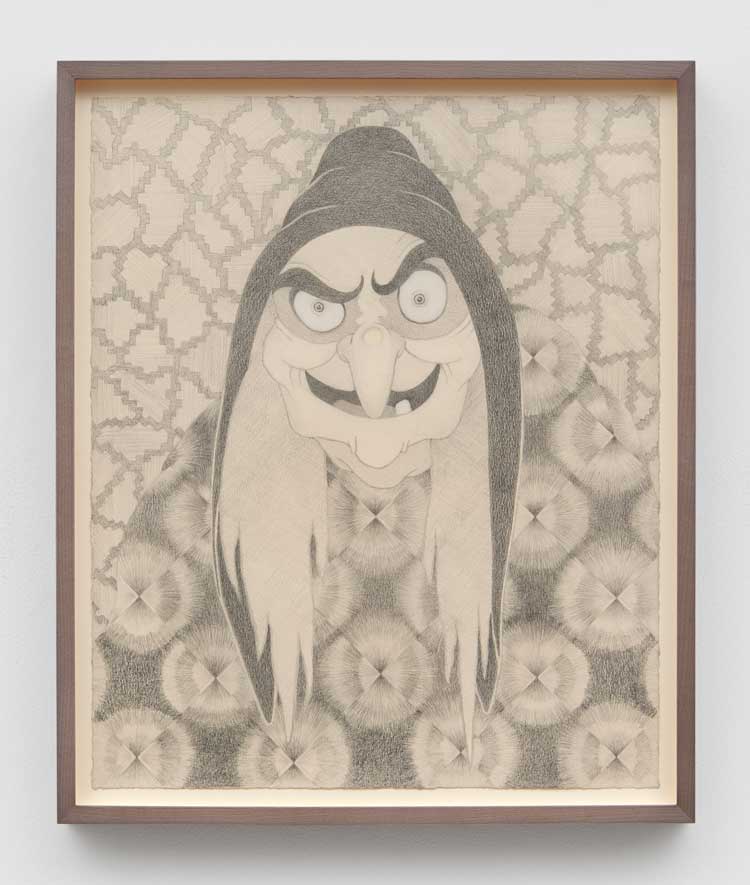 Indeed, on entering the gallery, one ’s eye is immediately drawn to a small pencil drawing at the far end, of a grimacing crone, taken from Snow White. The artist had never drawn from animation before but says the crone insinuated herself into the series of works – and, in fact, she finds a direct echo in a nightmarish male face, which looks like a David Lynch creation and hovers unsettlingly over the scene in Time Passed. “I just thought she was a real counterpoint to all this poise and control within the other works. So, she  somehow cast herself,” she says. “I think she reflects all the figures actually, as a female archetype.”

The theme of the crone connects back to a mural, Witch Dance, that Huddleston created for Sadler’s Wells in 2012 and later revisited as a performance at The Drawing Room in homage to the pioneering German dancer and choreographer Mary Wigman’s Hexentanz (Witch Dance) from 1926. The performative nature of Huddleston’s beguiling drawings offers fertile ground for such cross-disciplinary exploration; with luck, we will see more of it. 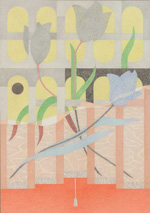 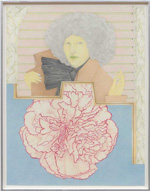 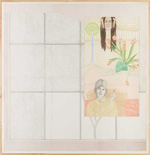