A snappy group show offers a snapshot of Hungarian art today, as filtered through the influence of the conceptual polymath Dóra Maurer 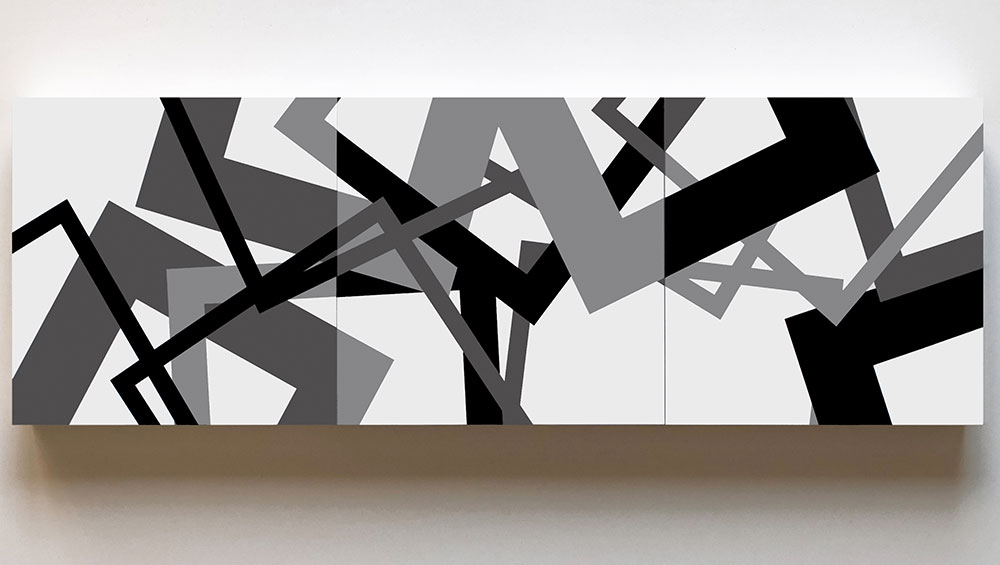 It is tempting when describing contemporary artists to reach towards precedents and influences. But I wonder how it feels for the artists so tagged. On the one hand, it offers a link to the past, a legitimising tie to established canons. On the other, it threatens to turn today’s practitioners into a footnote to what already exists, primarily worth contemplating as a tie to the past. Disciples of Dóra Maurer is a group exhibition whose featured artists have no such anxiety. All eight of them freely accept the impact Maurer (b1937, Budapest) has had on their practice. 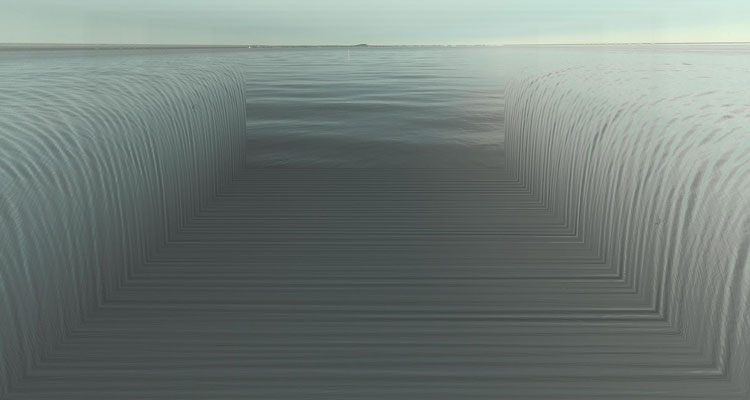 London audiences will be familiar with Maurer from her recent retrospective at Tate Modern, which enlivened the museum for almost 18 months across 2019 and 2020, and from her concurrent exhibition at White Cube Bermondsey. But she has long been a significant figure in her native Hungary. According to Máté Vincze, director of the Hungarian Cultural Centre, she is Hungary’s “biggest contemporary artist”. Since the 1990s, she has also been a prolific teacher, teaching audiovisual practices at Budapest’s College of Applied Arts and painting at the Hungarian Academy of Fine Arts. She continues to supervise doctorates today, aged 84. 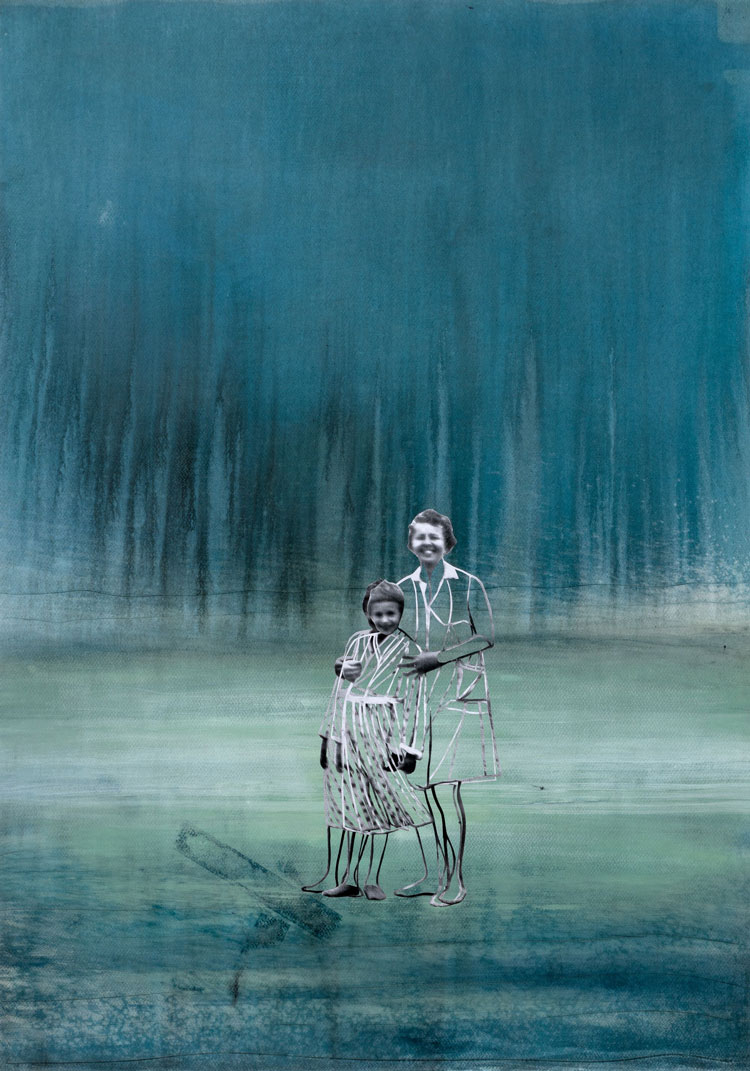 Disciples of Dora Maurer was privately exhibited at London’s Hungarian Embassy earlier this summer, before being publicly shown at David Kovats Gallery’s pop-up space on Shelton Street, Covent Garden. All the artists featured attended Maurer’s classes or had her as their doctoral supervisor. They span several generations, from Attila Csörgő (b1965) to András Zalavári (b1986). Some have especially close ties: Mária Chilf (b1966) worked as Maurer’s teaching assistant, while András Wolsky (b1969) has collaborated with Maurer as a part of her Open Structures Art Society, which organises exhibitions of geometric abstraction. All have immense respect for their master. “I can confidently say”, says Zoltán Szegedy-Maszák (b1969), “that I learned the most from Dóra Maurer about how to relate to art, the affirmation of life and joy, humanity – and when it comes to art, mischief against the canon.” 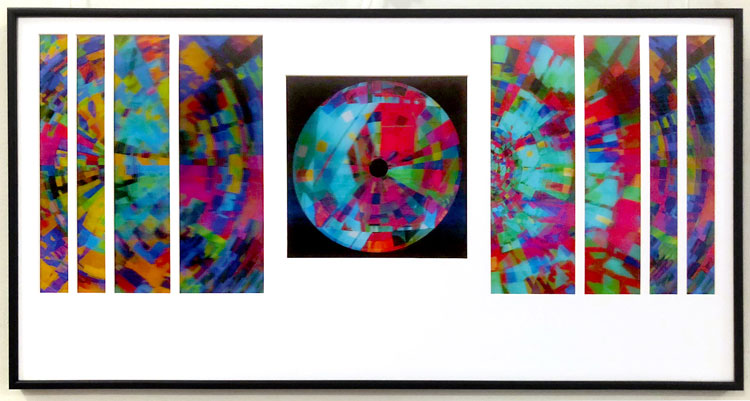 In form and aesthetic, the eight artists are very different. In this, they might embody something of Maurer’s spirit. She is one of those postwar artists who seem to do everything. It can be difficult to pin down a signature Maurer. She was trained in graphic art and printmaking in the 50s and began her career working on paper. Though she has refuted a political reading of her practice, it was shaped by the cultural shift that came with the ill-fated Hungarian Revolution of 1956. By the 70s, she had added film, performance and photography to her repertoire, as well as developing a keen line in tricksy abstract painting. Since the 80s, she has focused on vibrantly coloured acrylic works, which seem to create three-dimensional space through interlocking forms and colours. 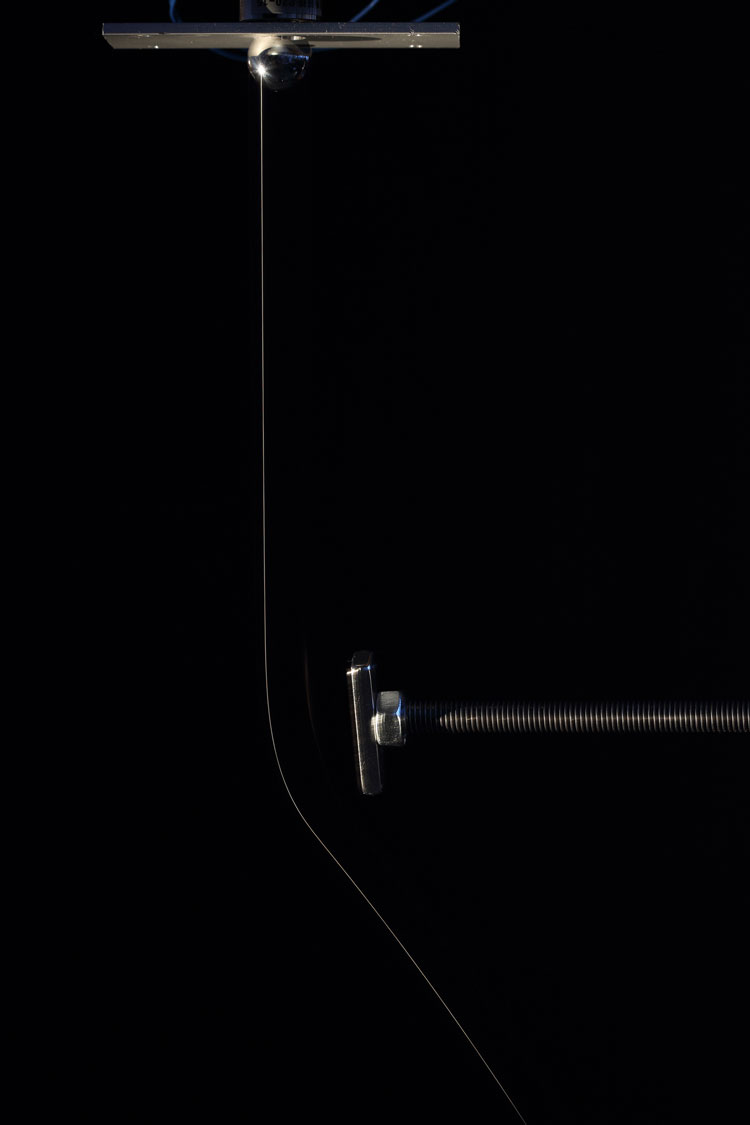 One through-line is a drive towards experimentation, making and breaking rules and systems. The journey is as important as the end product. Her approach was borne out in her teaching. Csörgő says of her audio-visual course: “She was more invested in the fruitful process of experimentation than the realisation of the project itself.” The same might be said of Csörgő’s work, which often replicates rudimentary scientific experiments. A pair of photographic prints here, Deviation 1 and 2 (both 2018), present inscrutable closeups of a large contraption, concealed in apparent darkness, leaving you to wonder at its potential purpose. 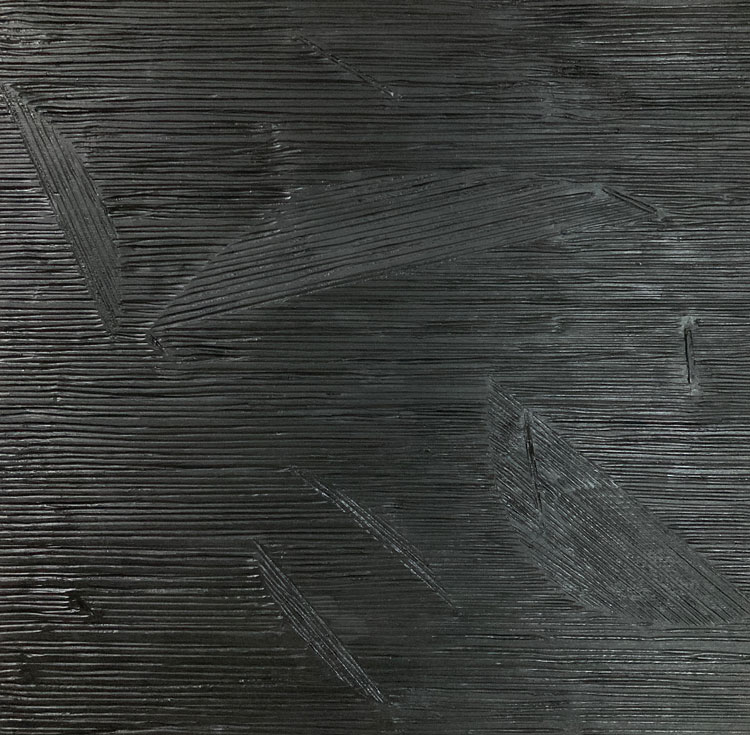 From a fleeting glance, Barbara Nagy’s (b1976) Floating Shapes II (2021) looks like a pitch-dark abstract painting, its sail-like shapes rendered in heavy impasto. But you would be wrong: it is a block of wood pared down in thick stripes. What looks like a building-up is a hollowing-out. Two works by Zalavári are even more cunning. Plane Tree Allée II (2019) shows an oddly dilated, pergola-like path through some greenery leading to a paradisal square of woodland, while Balaton IV (2020) shows the lake of that name – a place that looms large in the Hungarian imagination – parted like the Red Sea. Each turns nature into something glitchy and unreal. They were created by compressing video footage into a single image, compressing time and space: two of Maurer’s perennial concerns. 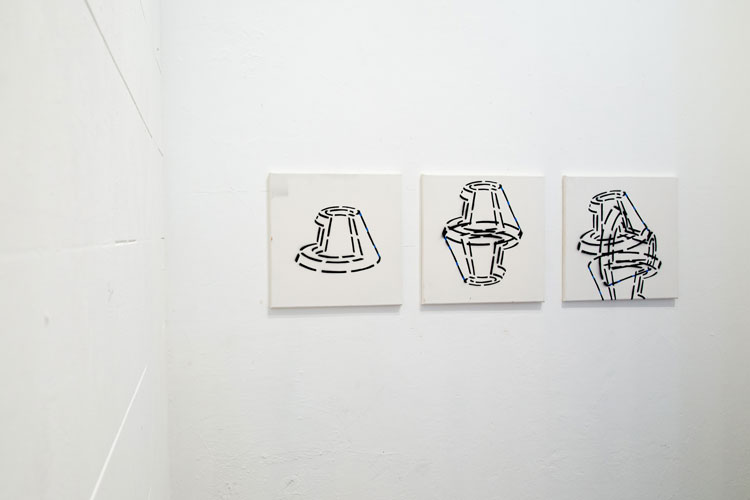 Unsurprisingly, there are also abstracts. Wolsky paints canvases of tessellating space, which he generates using a set of rules. Series nr 1, 2, 3 (2021) by Márton Cserny (b1970) twist a logic-defying form through several permutations. Szegedy-Maszák’s series We Cannot See Clearly (2018) uses lenticular lenses to create an almost hologram-like illusion of space, bursting in a panoply of colours. They remind me of the flecking hues that one sees when you close your eyes and look towards an artificial light source, bright and fleeting. But most eye-catching are a pair of oil, pencil and paint pieces by Tamás Jovánovics (b1974). These place a slightly askew grid of coloured stripes, like sticks of rock, over a pale, tighter graph paper-like grid. Although both grids are precisely measured, the diagonal colourations of the coloured ones and the seemingly irregular ways in which its bands intersect create a subtly mesmerising effect. 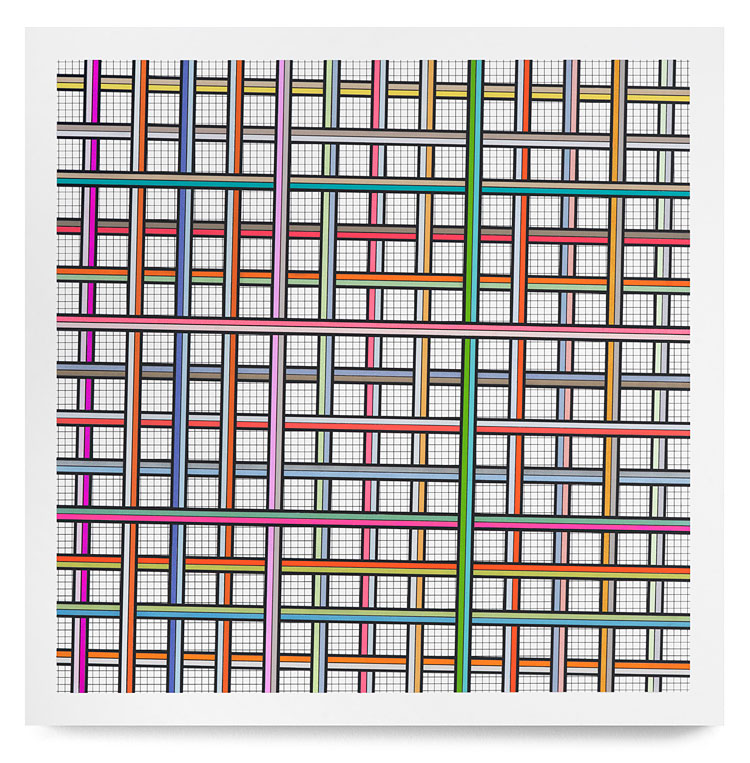 Most of the artists featured in the exhibition echo Maurer’s mathematical streak and interest in process. The work of Chilf, which includes film and performance, connects to Maurer’s interest in human actions. She is represented here by two works on paper, both of which feature figures cut from photographs collaged on to ink-stand backgrounds. Faces aside, Chilf’s people are oddly disembodied, represented by the creases in their garments rather than the torso itself. Both scenes feature moments of joy – a mother posing with her daughter, a woman riding on a man’s shoulders. But there is something a little alarming about these grinning greyscale forms standing in ill-defined places, as if their smiles could give way at any moment. “My work”, Maurer told Studio International in 2016, “has been based on change, shifting, traces, temporality.” Chilf tackles these immaterial themes in a satisfyingly material way. Maurer can be proud of how broadly her lessons have been translated. 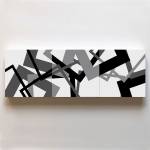 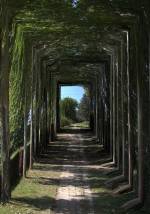 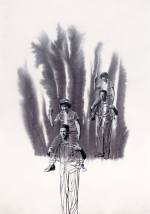