This is a fascinating insight into the joyous experimental work of this Hungarian-born artist, who started out by subverting the cultural policy of her country’s socialist regime 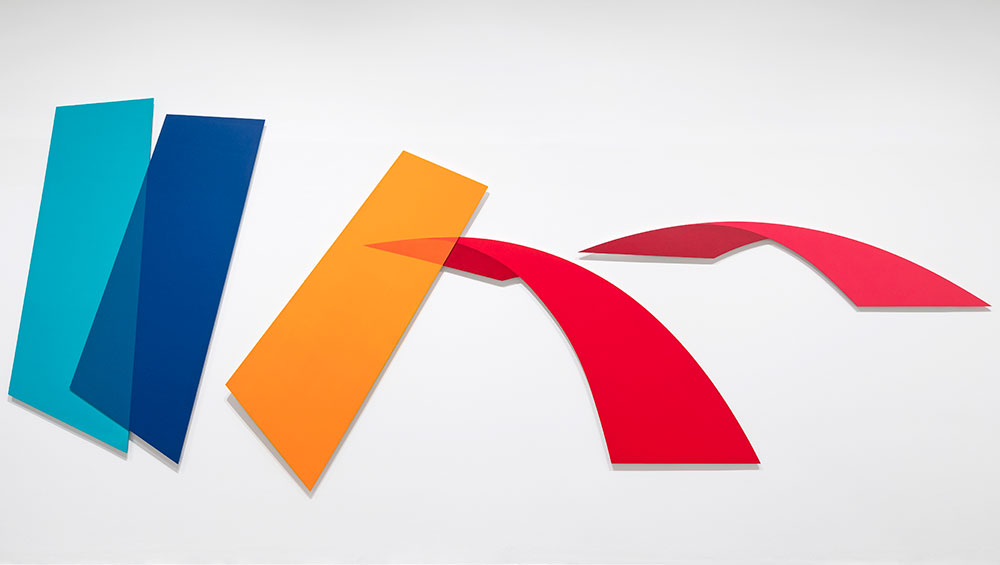 Dóra Maurer (b1937, Budapest, Hungary) is a neo-conceptual artist, curator and teacher. These multiple activities are all integral to her work: “I regard organising exhibitions as an organic part of an artist’s work, just as I later found inductive teaching methods.”1 Her playful experimental artworks span a wide range of rigorous practices, including printmaking, photography, film and painting. She is also a collaborator and a networker and, when Tate first acquired two of her works, she commented: “My intention is to suggest a method of thinking and of being … I try to find a way to keep a live contact with the world.”2 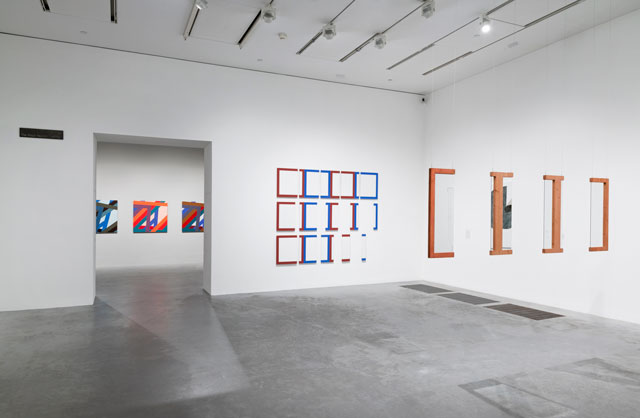 In this exhibition at Tate Modern, the first UK survey of her work, it is Maurer’s concern with a live contact with the world that really comes to the fore.  Designed around a number of themes central to her practice as it has developed over five decades, the exhibition explores these themes in five rooms: Movement and Change, Moving Image, Displacement and Perception, Space Painting and Form Gymnastics. Inevitably, some rooms are more successful than others, but the exhibition presents an art practice that remains hopeful, inventive and encouraging throughout. 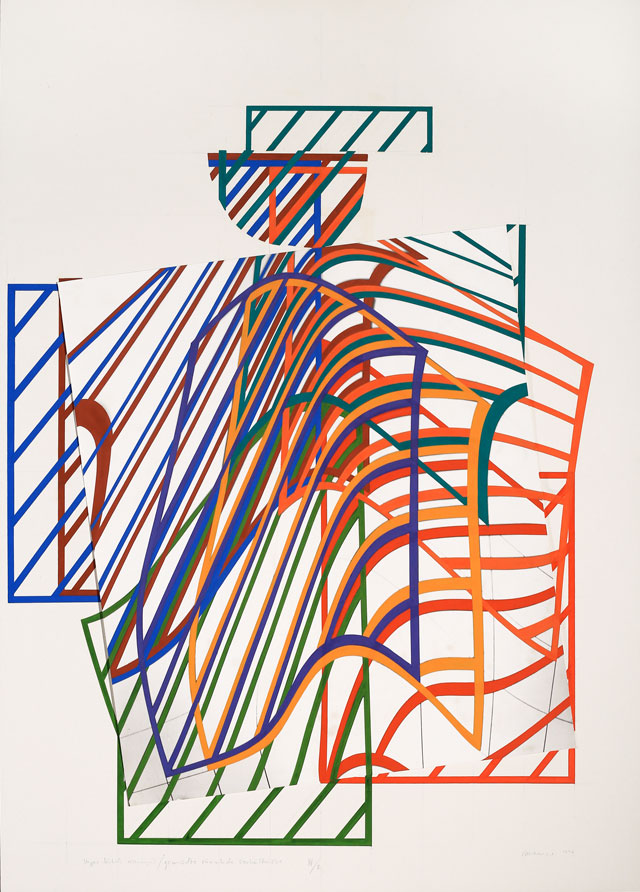 The first room, Movement and Change, is perhaps the most enthralling of the exhibition and we see Maurer’s early work in the context of a generation of experimental Hungarian artists who subverted the cultural policy of the socialist regime. Maurer and others created their own informal artistic networks, exhibiting in private homes and in cultural and student centres. Embedded in this unofficial scene, Maurer made graphic work as well as sequences of photographs such as What Can One Do with a Paving Stone? (1971) and a number of works titled Reversible and Changeable Phases of Movement. 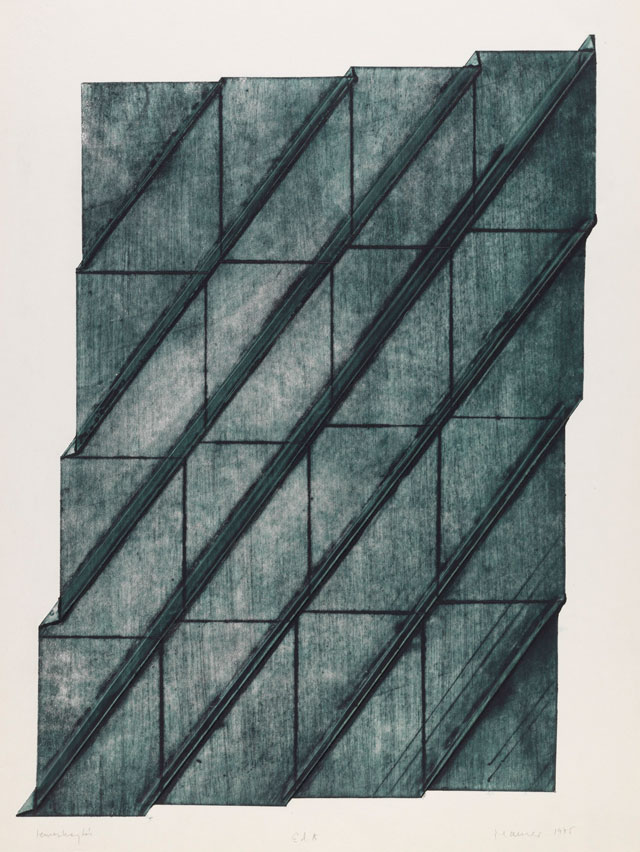 In other works, such as Seven Foldings (1975), she folded the printing plate to create a print that also served as a record of her action. The Chapel Studio in Balatonboglár was an important meeting place for the supportive networks and collective practices of these artists in Hungary in the early 70s. Artists’ magazines were important, too, and a way of sharing their alternative practices with the wider world. It is good to see aspects of this in the exhibition in the form of Hungarian Schmuck, published in 1972. 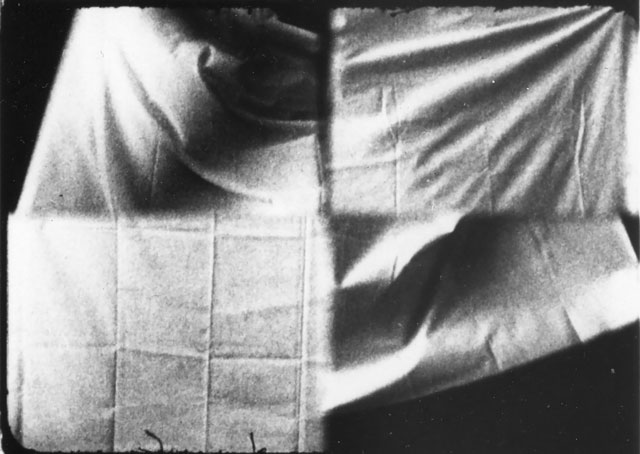 The second room is devoted to the moving image. It was not until 1973 that Maurer had access to the resources needed to develop film ideas she had first cultivated in the late 60s. The Béla Balázs Studio (BBS) in Budapest opened to artists, writers and composers that year. This facility encouraged experimental and collaborative approaches and Maurer gained membership when she proposed her film Relative Swings. She worked with BBS for the next 25 years. The presence of three experimental films in one room, all largely concerned with the process and apparatus of film-making, made for a disorienting and dizzying experience. I have to confess to feeling so nauseous in their presence that I spent little time watching them. 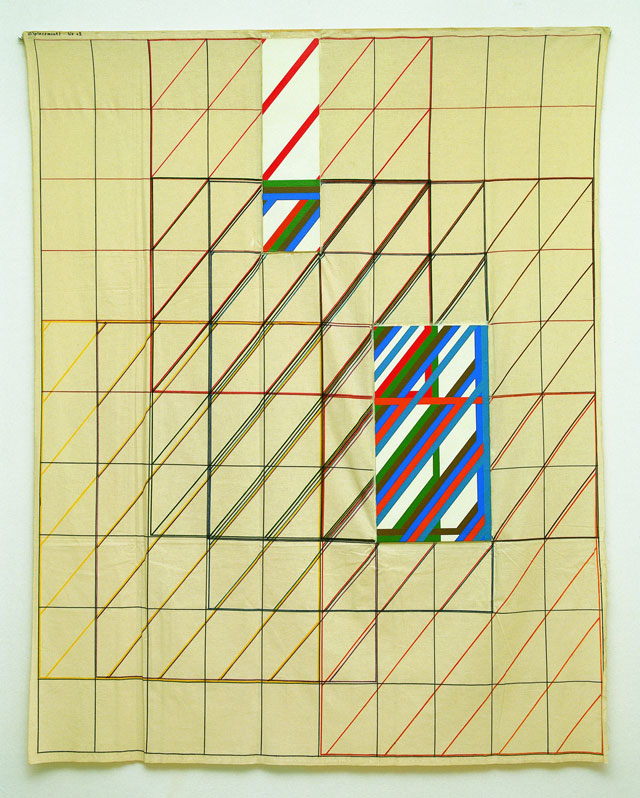 
Displacement and perception, the theme of the third room, is connected with the process of movement, change and rearrangement. In 1967, Maurer married the Austro-Hungarian artist and architect Tibor Gáyor in Vienna. This marked the beginning of a period when she travelled regularly between Vienna and Budapest, facilitated by Gáyor’s dual citizenship. The couple’s decision not to settle in one city or the other, but to commute between the two surely fed into her work. A number of Displacement drawings (1972 to 1984) demonstrate her interest in the series as she manipulated the grid form in multiple orientations and colours. Her concern with the grid and the series comes together in works such as Schautafel 4 (1972), a clever and captivating work that uses colour-coded twigs to construct a mathematical magic square. Her manipulation of displacement and perception come together neatly in the work 4 out of 3 (1976), in which a series of suspended mirrors reflects the surrounding gallery space and the viewer. 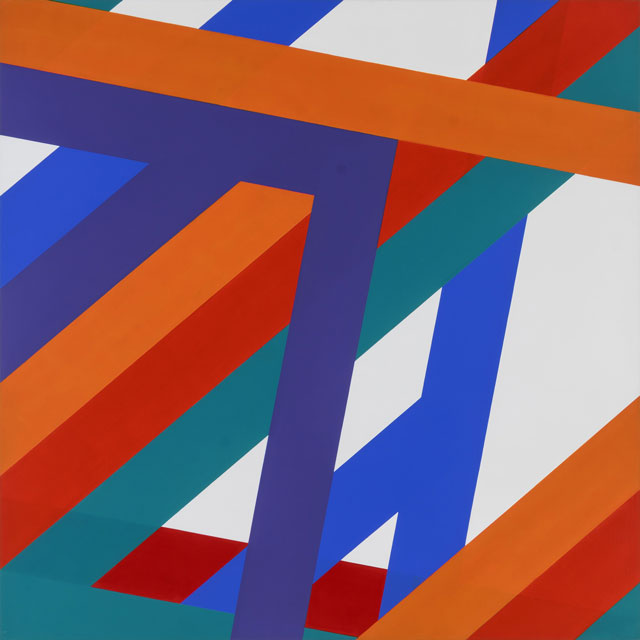 The exhibition’s penultimate room, Space Painting, shows the marked shift in Maurer’s work from the previous room. This came about after she undertook a project at Buchberg Castle near Vienna, and had to deal with three-dimensional surfaces as she tackled the corners, vaulted ceilings and curves of the room she had been commissioned to paint. Moving beyond her earlier adherence to using the same eight colours, she began to change perspective, colour, scale and canvas shape to address the irregular surfaces more satisfactorily. Her Quasi Images (1988), exhibited in the corner of the room, experiment with anamorphosis and demonstrate her enduring interest in viewing perspective.

The final room, Form Gymnastics, shows recent works by Maurer from 2007 to 2016. The term “form gymnastics” is Maurer’s own and her interest is in sequence and rhythm, as she appears to make coloured shapes, or form, move off the gallery wall. Colour itself becomes her medium as she essentially deals with the way colour behaves in her Overlapping paintings, here from 2007 to 2012, and in Stage II (2016).

The exhibition as a whole felt fragmented and that seemed to be echoed by the relative presence or absence of gallery visitors in each room. Of course, visitor numbers are partly a matter of chance. However, viewing in the first and third rooms felt very much like a communal activity as visitors occupied the spaces and engaged with works and other material. Just two or three people stood in the moving image gallery.  The final two rooms containing Maurer’s late paintings were conspicuously empty with seemingly little to hold the visitor’s attention. The paintings themselves in these final rooms are hopeful, but seem somewhat cut off from the world in the sparse curatorial treatment afforded them. It is fortunate, therefore, that it is necessary to retrace our steps through the two strongest rooms and leave with echoes of movement, change, displacement and perception and the joyous experiments of the 1970s that remain intelligent, witty and captivating.