Most know Dennis Hopper as a Hollywood hellraiser, the quintessential enfant terrible, both on screen and off, but he was also a talented photographer. Four years after his death in 2010, the Royal Academy has recreated his original exhibition of 1970.

During his feverishly productive years as a photographer, Hopper became known as “the tourist” to his friends, the artists Edward Kienholz and Wallace Berman, because he always had a camera in his hand. But his almost obsessive picture-taking was the result of a series of events in his early life. Hopper shared his love of photography with fellow actor James Dean, and throughout the 50s the two appeared together in several films, including Giant (1956) and Rebel Without a Cause (1955). They struck up a close friendship, and Dean encouraged Hopper’s photographic talent. However, this meeting of minds would be tragically short lived. Dean died in a car crash in 1955 and the news hit the young Hopper hard. A few years later he fell out of favour in Hollywood and his early acting career, which had seen him land mostly television roles and relatively small parts in westerns, took a dive in 1961. Reportedly, the hotheaded 25-year-old had made the mistake of talking back to MGM boss Louis B Mayer.

Although Hopper kept working as a TV actor, he looked for other outlets to sustain him creatively. Picking up his Nikon F – a gift from his future wife, Brooke Hayward – Hopper set about documenting America for six years, from 1961-67, producing an estimated 18,000 photographs that captured the decade in full swing. “I never made a cent from these photos,” he recalled. “They cost me money, but kept me alive.”

Dennis Hopper: The Lost Album is an attempt to recreate the actor’s first major exhibition at the Forth Worth Art Center in Texas in 1970. The 400-plus original prints were rediscovered only on his death in 2010, in a box under his bed. They are modest in scale, most about 24 x 16cm, backed on board and a little dog-eared. Their humble size and worn appearance belie the significance of the subjects they capture. Looking at them is an intimate experience, like riffling through your parents’ shoebox of mementos. The curators, in a bid to share the sense of discovery and recreate the magic of this celluloid time capsule, have gone out of their way to replicate every detail of Hopper’s original display, down to the small caption cards placed on the bottom of the display cases.

Even during his forced hiatus from Hollywood, Hopper was at the centre of the celebrity scene; the famous faces in these photos were his friends. The first room of the exhibition is a veritable who’s who of stage and screen – Paul Newman, Ike and Tina Turner, John Wayne, Dean Martin, Jane Fonda – the list goes on. There is wonderful photo of a fresh-faced Bill Cosby taken in 1965. The comedian stands hiding in an ivy bush with just his face and the bottom of his neatly pressed slacks visible from beneath the vegetation.

Aside from the glamour of Hollywood, Hopper threw himself into 60s counterculture rebellion. He was not just an observer, but also a participant in the freewheeling lifestyle that he recorded. “I was involved in the hippie movement and the free speech movement … I was a hippie.” In addition to photographing his friends, Hopper captured Hells Angels, matadors, Mexican cowboys and families in the Deep South, who, for ever frozen in black and white, look out from their front porches, while white, ragged sheets are blowing on the line in the backyard.

Hopper also accompanied Martin Luther King on the march from Selma to Montgomery at the height of the Civil Rights Movement, fully realising the importance of preserving such seminal events for posterity. “I wanted to document something,” he said. “I wanted to leave something that I thought would be a record of it, whether it was Martin Luther King, the hippies, or whether it was the artist.”

Hopper also had an eye for detail and a painter’s sensibility. His photographs of peeling posters, paint-splattered walls and sharply cropped close-ups of billboards speak of a photographer with a keen sense of the abstract. An art collector and painter himself, Hopper was heavily involved in the art scene. “I was an Abstract Expressionist and an Action Painter by nature, and a Duchampian finger-pointer by choice,” he recalled. Many of his photographs of artists, like his achingly cool shots of Andy Warhol with members of the Factory taken in 1963, were commissioned for exhibition invitations in LA and were published in Art Forum.

Hopper put down his camera when he began work on the film Easy Rider in 1967, which he directed and co-wrote with Peter Fonda and Terry Southern. It was to become the benchmark for low-budget counterculture films of the 70s and helped to relaunch Hopper’s career as a film actor. It charts the progress of two bikers travelling the open road on a perpetual drug-fuelled bender with all the pathos of his photographs, capturing the humour and humanity as well as the pessimism of a society undergoing immense change. The longhaired hippies, playful bikers, roadside wanderers and churchyards in this exhibition so closely resemble characters and scenes from Easy Rider that they could be mistaken for film stills.

With his Jack Kerouac-style lust for life and the road, Hopper embraced all that was exciting and iconic about the 60s. He was fully aware of the cultural and social importance of the time he was documenting, and this exhibition, displayed largely as he intended it, provides a journey not just into Hopper’s life, but also into the collective memory. Wandering around the cavernous rooms of Burlington Gardens, with the sound of Smith’s The Weight echoing out from a clip of Easy Rider, it is almost impossible not to feel a pang of nostalgia, whether you remember the 60s or not. 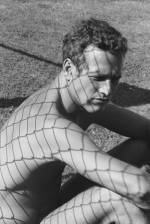 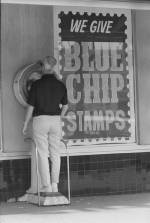 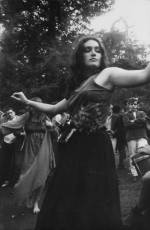