Celebrating 60 years of Hockney’s work, this exhibition charts the art of a modern great through decades of change 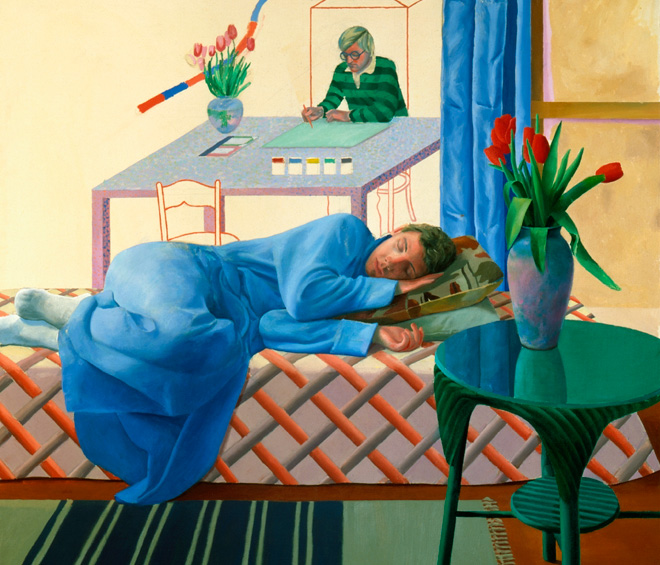 An exhibition of David Hockney’s work is always going to pull in the crowds. Sunny colours and figurative images that are easily relatable make him, if not “Britain’s greatest living painter” as he is often called, then certainly the people’s painter. But his work is so accessible and ubiquitously reproduced on pencil cases and tote bags that it is easy to forget what a trailblazer the young Hockney was.

Early on in his career, Hockney was already scrutinising the funny, almost paradoxical act of painting a four-dimensional world on to a flat surface by satirising the centuries-old pursuit of depth and illusion. Play within a Play (1963) has a painted figure (Hockney’s friend John Kasmin) seemingly pressing up against a Plexiglas cover that is fixed over the canvas. The exhibition opens with such experiments of space and dimensions as if to break us in gently before plunging us in to the angry, frustrated, sexy canvases of his student days. Here, there is a bit of cubism stirred in and a smattering of Francis Bacon. Two sausage-like beings with tubes of toothpaste for penises perform mutual acts of oral sex, washroom graffiti – “queer”, “queen”, “cunt” – is scrawled across painted walls. These canvases scream, “I am gay, deal with it”, at a time when gay sex in the UK was still illegal.

In 1964, Hockney settled in Santa Monica, his very own promised land. The Californian sun, modernist buildings and bronzed, athletic young men furnished him with all the inspiration he needed to produce some of his most iconic works, and the violent canvases of his student days were replaced with a more serene visual language. Naked boys in pools, lying on beds, in the shower, a hint of pointillism, a flirtation with fauvism. It seemed that Hockney had settled into a sort of domestic and artistic bliss where nothing was barred to him.

A Bigger Splash (1967), that most iconic of Hockney’s paintings, with its cloudless azure sky capping a collection of horizontal and vertical planes, is almost an abstract image; it certainly alludes to abstraction. But this flatly painted world is disturbed by a white spray of water, a meticulously painted moment in time, which took Hockney four days to complete – a dig, the curators speculate, on the “macho spontaneity” of those abstract expressionists who built a career on throwing paint on to the canvas.

It was around this time that Hockney began his double portraits, and those selected here make for an intriguing group, full of colourful wit and observation. The novelist and playwright Christopher Isherwood and his partner, artist Don Bachardy, sit in front of venetian doors, a bowl of fruit and a bare corncob offering phallic allusions to their relationship. The former sits staring out at us as if he has just finished a sentence, while Bachardy looks at him with his mouth turned down at the corners in an apparent expression of disapproval. This is a time when Hockney, approaching middle age, seems most intrigued by relationships, scrutinising his subjects, as Shakespeare would have it “with spectacles on nose”.

Hockney is a master of the art looking. He has spent his life interrogating the artifices of painting, investigating lenses (like the camera lucida), playing with cubism and tinkering with abstraction. His dissatisfaction with single point perspective in photography led him to experiment with multiple angles (and later with multiple lenses), which not only express several viewpoints in a single work, but also snapshots of the passing of time. The Scrabble Game, Jan 1, 1983 (1983) is a photographic mosaic that records the changing light falling on the faces of the players and their expressions throughout the game. The Scrabble board has been turned to face Hockney, and by extension us, the viewer, inviting our participation. Although little remarked on, this collage sums up so much many of Hockney’s motive; his hunger for representation and to include us, the viewer in his world, turning us into voyeurs and players, observers and companions. He loves to look and he longs to make us see.

This exhibition lays out, with astute choices, the remarkable variety and distinct virtuosity of Hockney’s career, but not all of his work hits the mark. For me, the landscapes, still-lifes and portraits of the 90s lack the heart and humour of what came before and seem symptomatic of an artist who has lost his way. His more recent iPad drawings add very little to his achievements and he uses them like toys rather than tools. Pixels can’t replace paint, and his images simply don’t match up to his beautiful pencil observations of the Yorkshire countryside, for example, which line a whole wall in one of the galleries. But there can be no doubt about Hockney’s extraordinary place in the cultural landscape, and for that reason alone, this most comprehensive exhibition of his work should not be missed. 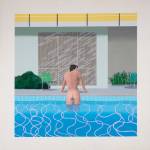 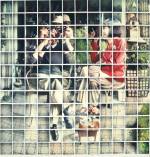 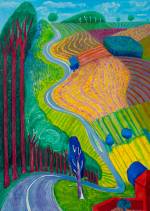 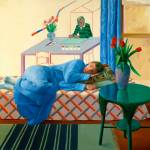