Creative duo Kerstin Brätsch and Adele Röder’s transformative installation at the Serpentine Sackler Gallery reflects on the meaning of collaboration, language and authorship in contemporary art

An enormous pair of neon breasts, visible on approach through the glass doorway, graces the opening space of Das Institut’s current show at the Serpentine Sackler Gallery. Flickering on and off and with their nipples sometimes standing for eyes, the breasts’ gaze provides a fitting epigraph for this installation of German artists Adele Röder and Kerstin Brätsch’s multimedia creative practice. Their cartoon-like brightness resembles toilet-door graffiti or a scrawl on a schoolboy’s notebook, a short, anarchic and socially laden statement devoid of the syntactical constraints of a bra that lays down the first traces of the exhibition’s preoccupation with multiple symbolic and communicative systems, and with collaborative artistic production.

As well as working together under the moniker Das Institut since 2007, Brätsch and Röder have simultaneously maintained their own creative outputs. Brätsch works in many media to produce colourful neo-expressionist paintings and sculptures that employ the body as a gestural tool, and she also uses traditional techniques such as glass-making and paint-marbling. Here, this is combined with Röder’s fascination for the language of light, drawn symbols and bodily movement. A series of collaborative sculptures shown along one corridor of the space, for instance, features glass, lead and enamel “paintings” by Brätsch set into wooden packing cases and lit with neon from behind by Röder. The glow permeates and emphasises their formed, melted and reformed crystalline structures and the surreal and distorted eyes, maws and hands that are these hideous portraits’ subject.

Das Institut is a conceptually subversive collective, including as it does both Brätsch and Röder as well as a mutable plethora of other artists – in this show, Sergei Tcherepnin, Allison Katz, Alexander Kluge and Ei Arakawa have contributed in various ways. There is little that feels institutional about installations such as North Tomb (2016), in which large hanging expressionist Mylar paintings by Brätsch, featuring saturated tropical creatures, dangle down into the Serpentine’s bricked interior, lit by moving yellow lighting and bracketed by Röder’s “sleeping” neon line figure on the floor and by the electronic plane and drumbeat sounds of Tcherepnin’s Flame Creatures (2015). If Das Institut has a brand identity to speak of, it is one defined by shifting authorship, site-specific experience, stylistic unorthodoxy and an osmotic yet constantly evolving relationship between the artworks it produces and their messages.

The explosive, colourful convergence of objects in the show also makes a victim of the Serpentine Sackler Gallery itself. Like several artists working with the space since it opened in 2013 – Ed Atkins and the Chapman Brothers spring to mind most readily – Das Institut have exerted a transformative influence, placing coloured gels on the skylights and using partitions to create corridors for display and to impose a spiral format for the viewing of the exhibition. The installation feels anti-institutional through its cynicism towards clarity and comprehension, while also offering myriad ways of constructing an institutional message through the layering up and interaction of rune-like symbols, stained glass, sound, hints at bodily intervention and the neon line drawings in Röder’s slide series Comcorröder Script (2015).

One of the possible “languages” that recurs among the duo’s collaboration is the notion of personal expression and the origin of the artist’s gesture. Brätsch’s Unstable Talismanic Rendering/[Pele’s Curse] (2014/2016) is among a series of large marbled paintings made by dropping paint into a shallow bath and placing the paper face down on its surface. By hand, and also by chance, vast stratified landscapes are produced that feature ghoulish faces, desperate and distorted, as if formed from a mass of melted beeswax. The idea of the personal but originless gesture emerges again in Brätsch and Röder’s combined sculpture featuring brushstrokes enlarged, rendered in glass and displayed among neon lights, as if a detail of a larger painting that is undergoing connoisseurial examination.

This interrogation of the indexical mark left by the artist takes grander form in Röder’s series of Solar Body Prints (2013/2014). Here, the artist lay down on swathes of linen, cotton and wool that had been treated with photosensitive dye. She was then exposed to light such that her splayed form created a life-size photogram on the surface, her movements forming ill-registered doublings of her body. What can be said to be the subject of these canvases – a mapping of the absent or the intangible, of the surge of neutrinos filtering unadulterated through matter, or simply a representation of the alchemical processes that constitute and maintain the human body?

In works such as Solar Body Prints, it could be argued that Das Institut’s claim to foreground the collective over the individual, and the artwork over its author, is in some senses neglected. The same could be said of the fact that Katz and Kluge’s contributions here very much place Röder and Brätsch at their core. Yet throughout the show, the personal and the general are constantly pitted against one another along with a healthy dose of wit. Katz’s Continuation Cases (2016) are formed from the debris of an edible sculpture of Röder and Brätsch that Katz made out of fondant icing and doughnuts, buried and then disinterred, the remnants displayed in glass cases in homage to museological exhibition strategies. Katz’s playful installation poses a mockery of the artist-as-relic, undermining the art historical obsession with the artist’s hand and with the monumentalising of individual genius.

Given their penchant for configuring and reconfiguring artists, works and spaces, the brilliance of Das Institut’s nebulous project seems never-ending, not least because it will be unique with each iteration. A far cry from the “death of the author” postulated by Roland Barthes in the 1960s, Das Institut offers a compelling rejoinder in its celebration of the contingent nature of systems of language, whether personal, cultural or social. But in so doing it may become a victim of its own success – with their powerful conceptual and visual presence, Röder and Brätsch are in danger of becoming an institution. 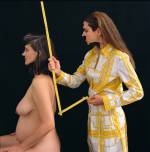 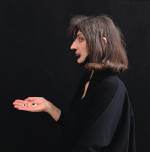