Darren Waterston – interview: ‘My normal studio practice is quite monastic … in so many ways I feel this (Filthy Lucre) is a shared collaboration’

Darren Waterston – interview: ‘My normal studio practice is quite monastic … in so many ways I feel this (Filthy Lucre) is a shared collaboration’

Studio International spoke to Waterston ahead of the opening of his installation Filthy Lucre: Whistler’s Peacock Room Reimagined, at the Victoria & Albert Museum, London

When the wealthy UK shipping magnate Frederick Richards Leyland invited James Abbott McNeill Whistler (1834-1903) to put some finishing touches to an opulent room he had commissioned from leading interior architect Thomas Jeckyll, in his South Kensington home, he did not expect the artist to run amok and transform the entire dining room in a three-month frenzy of creativity.

Although Harmony in Blue and Gold: The Peacock Room (1876-77) is now regarded as a Whistler masterpiece and one of the great decorated rooms in art history, Leyland was not best pleased – either at the licence Whistler had taken, uninvited, or with the large bill Whistler presented to him for his substantial overworking, and which he never paid. The fallout between artist and patron became a major scandal and ended with Whistler accusing Leyland of pushing him into bankruptcy. But the room itself lived on; it was shipped wholesale to Detroit, and installed in the mansion of American industrialist Charles Lang Freer in 1904. 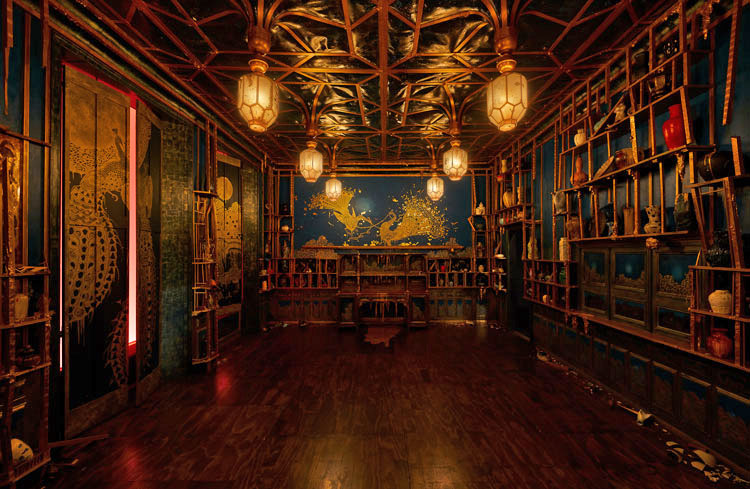 After Freer’s death, it moved to Washington, where it can be viewed at the Freer Gallery of Art, part of the Smithsonian. Now, US artist Darren Waterston (b1965, California) has unveiled his immersive response to it, Filthy Lucre (2015), at the V&A, bringing the story – if not the original - full circle, geographically, back to South Kensington.

Recreating – with a twist – or adapting almost every element of the original, Waterston’s response to this tale of patronage, ego and excess conjures the sumptuous, decorative decadence of the original and serves as a commentary on the power of patronage and the uneasy alliances between artists and the art world, with patrons feeding off artists’ talent or supporting them, depending on which way you want to look at it. 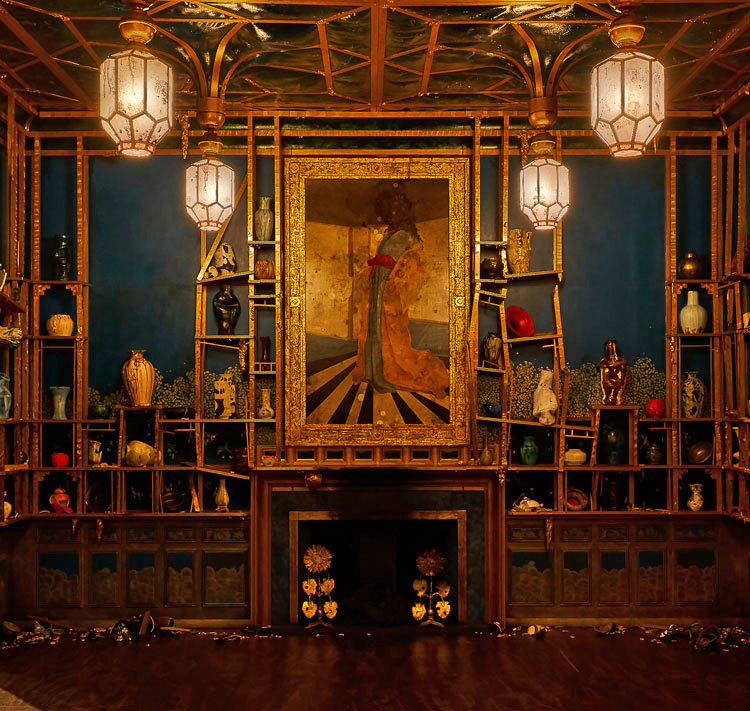 Waterston says: “I set out to recreate Whistler’s fabled Peacock Room in a state of decadent demolition.” At the same time, he infuses this work with many elements of his own palette and dark imaginings. There are two key pieces in the room: a menacing but palely beautiful evocation of the Whistler painting Rose and Silver: The Princess from the Land of Porcelain (1863-65) - which was the one Whistler work that Leyland had first envisaged in the room - and a cartoon of two fighting peacocks which Whistler painted to represent himself and his patron. Waterston says: “Whistler’s peacocks were very beautiful, but were also representing him and his patron. With mine, they are eviscerating each other, but it’s all an elegant dance. It is playing with the grotesque and the beautiful.”

Waterston was intensely aware of having to “step lightly … creating something that was a reimagining of another artist’s masterwork is tricky for an artist to do. I had to create something that was a homage to Whistler but also do it on my own terms.” What he evokes, he hopes, is “almost the ghost or the underbelly of this narrative”, an atmosphere which captures the “emotional gravity” of what happened. To help with this dark evocation, New York trio BETTY were commissioned to create a soundscape that comprises snatches of mournful strings with quotes and comments taken from Whistler’s writings. Waterston says this work “represents the time and period in which it was made”, but also resonates with the excess and inequality that prevails today, and the decadence and frenzy around art collecting. He says: “We are in our own gilded age.” 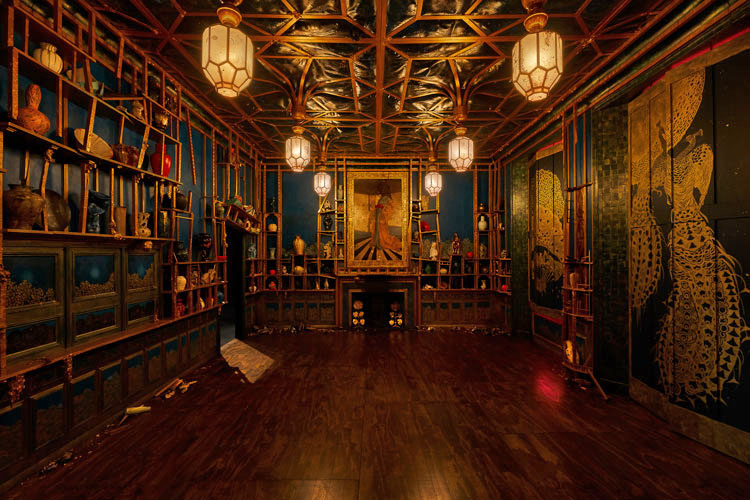 However, the spirit in which Waterston conducted this project could not have been more different from Whistler’s. First, he did so with the full support of Massachusetts Museum of Contemporary Art, which commissioned the original work and supported him with a residency during 2014, when it was first exhibited; and where extra funds were needed, Waterston successfully raised them, thanks to the generosity and friendship of his patrons. Second, it was created in a spirit of true collaboration, with a team of assistants, muses and guides, including Lee Glazer, the then curator of American Art at the Smithsonian and a leading Whistler scholar, and Susan Cross from MASS MoCA.

The title Filthy Lucre is inspired by a spiteful cartoon Whistler painted after the fallout, depicting Leyland as a monstrous, grasping peacock, entitled The Gold Scab: Eruption in Frilthy Lucre (1879).

Waterston’s intense, ethereal paintings, watercolours and installations are widely admired and collected and have been exhibited in the US and internationally since the early 90s. Recent shows include Peacock Room REMIX: Darren Waterston’s Filthy Lucre at The Smithsonian Institution’s Freer/Sackler Galleries (2016); Uncertain Beauty at Massachusetts Museum of Modern Art (2014); Forest Eater at the Contemporary Museum, Honolulu (2011); and Splendid Grief: The Afterlife of Leland Stanford Jr (2009) at The Cantor Arts Center at Stanford University, California.

Waterston received his BFA at the Otis Art Institute in Los Angeles, and from 1986-7 he studied at the Akademie der Künste in Berlin and the Hochschule für Bildende Künste, in Munster.

Filthy Lucre will tour to The Hunterian, University of Glasgow, for Whistler: Art and Legacy, 11 June - 4 October 2020 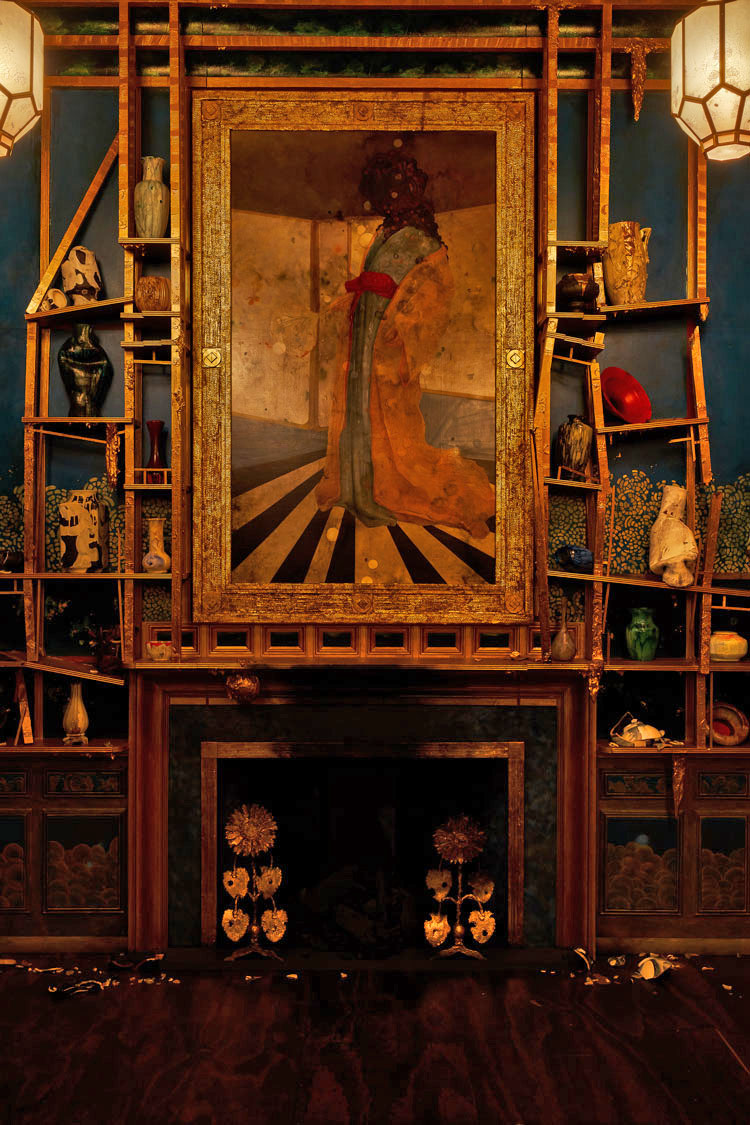 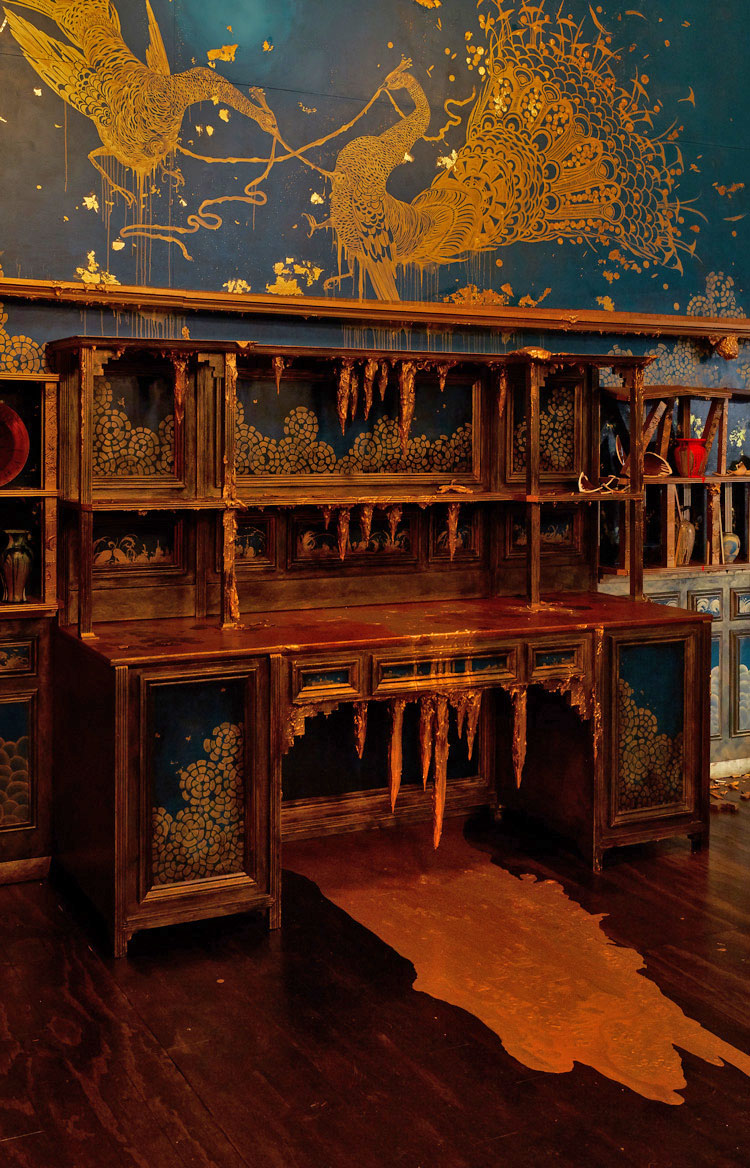 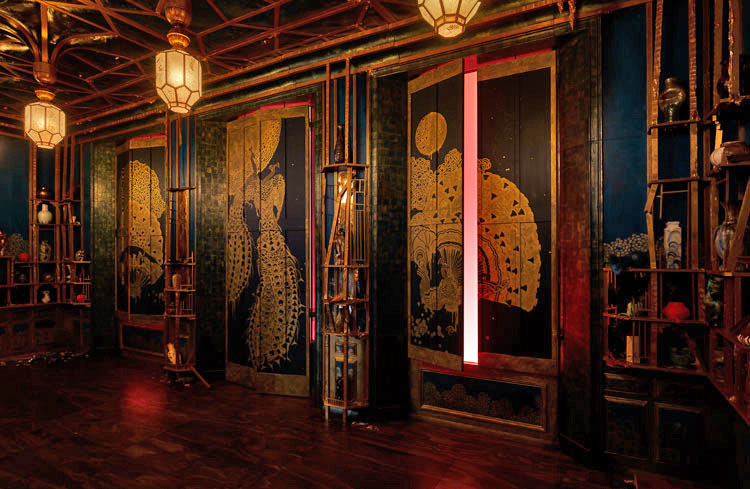 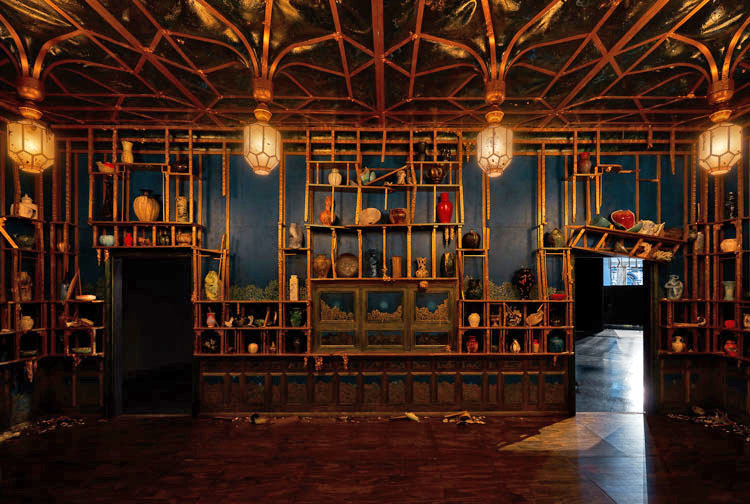 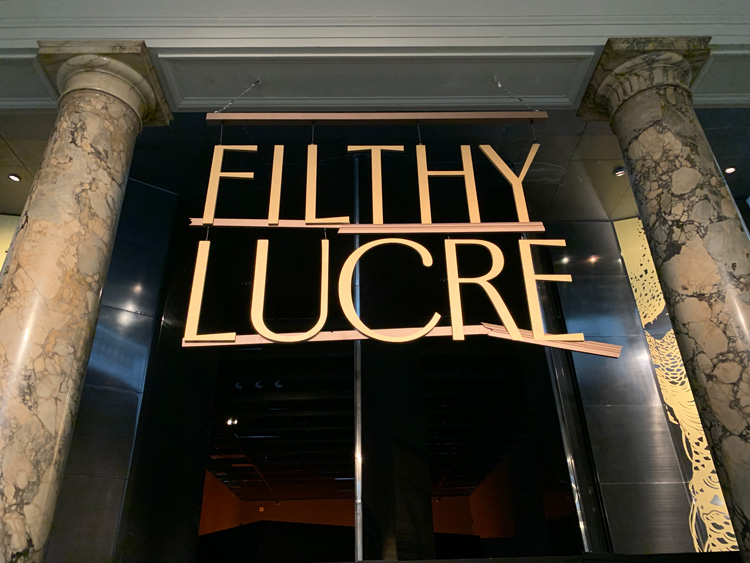 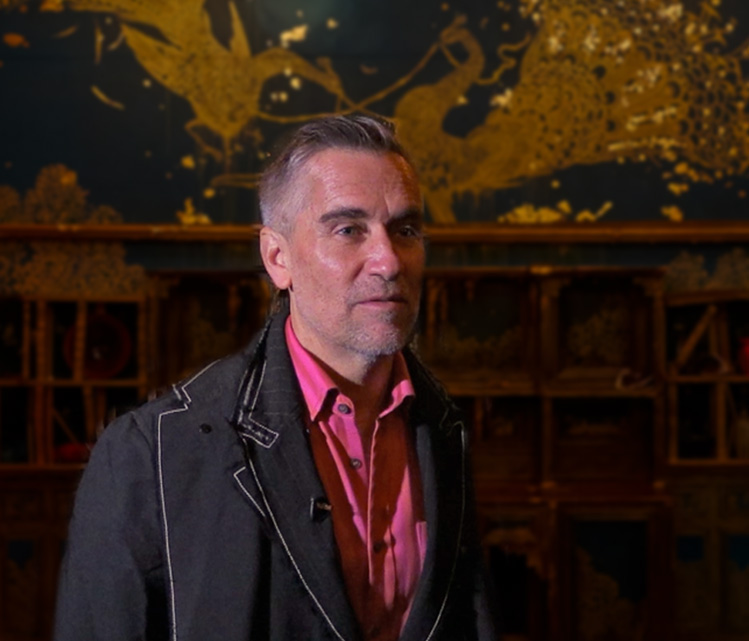