The work of the Vietnamese-born Danish artist Danh Vō explores colonialism and nationalism through artefacts and text. His current exhibition, Homosapiens, is a critical study of history and the human condition from the artist’s unique perspective

Danh Vō’s first solo exhibition in London, at the Marian Goodman Gallery, explores colonialism through objects, but the artist’s journey through the discourse is a personal one. Titled Homosapiens, the show visits themes such as trade, gold and culture. While the works are visually interesting, through layers of context, Vō calls into question the values that ground our existence. Vō was born in Vietnam in 1975, but was brought up in Denmark, studying at the Royal Academy of Fine Arts and then at the Städelschule in Frankfurt. A Danish national, he has been commissioned to represent Denmark at the 56th Venice Biennale this year. He has had solo shows at Nottingham Ccontemporary and Kunsthaus Bregenz, Austria, and he won the Hugo Boss Prize for Art in 2012. 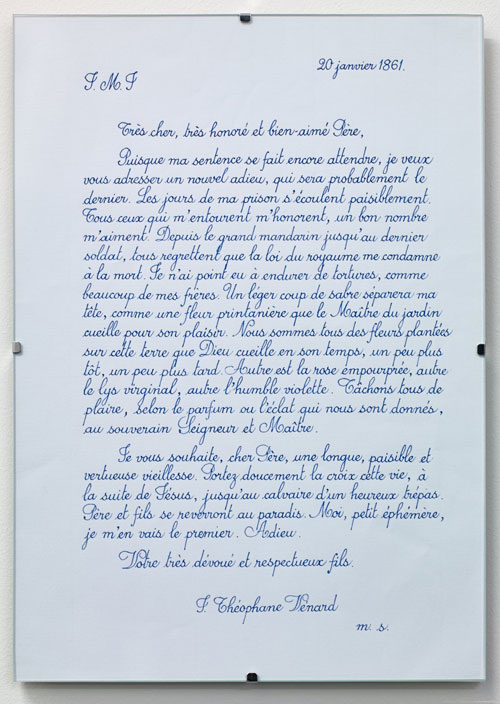 Danh Vō. 2.2.1861, 2009‐. Ink on A4 paper, 29.6 x 21 cm. Last letter by St. Jean Théophane Vénard to his father before he was decapitated, copied by Danh Vo’s father, Phung Vo. Title and number of existing copies remains undefined until the death of Phung Vo. Each handwritten text arrives in an envelope mailed by the artist’s father directly to the buyer. Courtesy the Artist and Marian Goodman Gallery. Copyright Danh Vō.

The first work of the show is placed carefully as a prologue, or a warning, for the visitor before they descend the steps to the main gallery space. 1. 2.2.1861 (2009-) is a letter copied out in scrawling script by the artist’s father, Phung Vō. He copies out the letters on request and sends each individually by mail to the buyer. It is a copy of the last letter of Catholic missionary Jean Théophane Vénard, to his father, written as a farewell before he was decapitated in 1861 in Vietnam.

Light floods into the gallery from the high windows looking out on to London’s Golden Square. The high ceilings accentuate the feeling of relative emptiness in the gallery, until the light picks up a glint of lead from a thin pencil line on the concrete floor. Again traced in Phung Vō’s hand, a gothic script outlines a lyric from the song Afraid, by Nico: “Cease to know or to tell/Or to see or to be your own/Have someone else’s will as your own.” The quote conveys a sense of surrendering, or a loss of control, a sentiment that describes Danh Vō’s personal journey. His nationality was determined almost by chance when his father decided to flee the conflict in Vietnam. When Danh was four years old, the family set off in a homemade boat and was eventually rescued by a Danish ship. His personal journey shifted to a new course when the family was taken to Denmark, where they settled. In a previous interview, Vō said: “I see myself, like any other person, as a container that has inherited these infinite traces of history without inheriting any direction.” 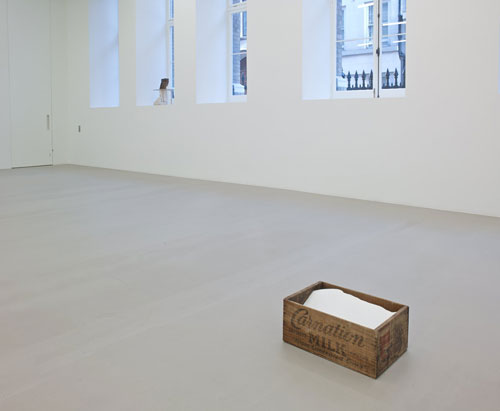 In the gallery, small piles of cargo float across the floor, lost in an unknown sea. While the mortal Vénard travels the world in an envelope, a chunk of the immortal Apollo lies on the gallery floor in a wooden box marked “Carnation Milk”. The Greco-Roman torso dates to the first and second century AD, a nod to the cultural vandalism that accompanied colonialism. Nearby, a fluted marble column has been hacked and stacked: it also dates back to the first and second century AD,  It has been tied up with green rope, lifted by crane and deposited in this unfamiliar environment, wrenched from its context and held captive by colonialism. Another of Vō’s works, We The People (2010-13) (not in the exhibition), similarly fragments a monumental cultural object, the Statue of Liberty. He cast it to scale in thin copper, but broken into pieces. Built in the 19th century, the original statue was a symbol of freedom for immigrants arriving on ships from Ellis Island. Vō makes a reverse colonialist statement, sending the broken pieces of the statue to museums and galleries across the world.

An installation hangs down in to the stairwell leading to the upper gallery. Flattened cardboard boxes hang in a group like a mobile, clamouring together and drifting slightly. The panels, which catch the sun from the skylight above, are stamped with gold stars and stripes, to look like the American flag, and brand names. The brands are all American ones, from companies that were founded in the 19th century and made the majority of their profits abroad, capitalising on global markets: Nestlé Coffee-mate (still widely popular in south-east Asia), Morton Salt, Tidy Cats, Poland Spring water and Kleenex. Iron and wooden farming tools also hang from the ceiling, one at eye level. Close up, the rich orange oxidised iron shows years of handling and operation by humans and machines. Vō gathers together things that distinguish us as humans, gold a material that we place most value in, an iconic flag that symbolises constructed nationalism, and the import and export industries we have established. 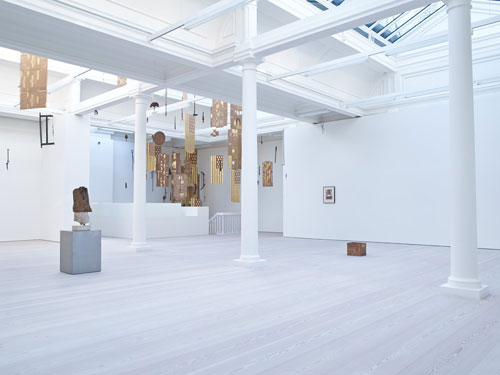 While stepping back to address the human condition, Vō also observes unexpected details. On the wall, a framed photograph captures a snoozing pekingese dog, satisfyingly sprawled on an ornate chair. Even though the photograph is black and white, we can see that he is basking in dappled sunshine. The dog was saved during the looting of the Summer Palace, near Peking (Beijing) during the opium war in 1860. He was adopted by Queen Victoria at around the same time that Vénard was executed. She cleverly named him “Looty”.

From decapitation to dispatch to cultural colonialism and trade, Vō’s works form an intriguing and alternative path through history. Thoughtful combinations of historical artefacts are layered with contextual details and sharpened with an edge of irony. While the exhibition is very much set in the 19th century, Vō himself is the contemporary hook. He crisscrosses from global to national and then returns to his personal experiences at ease. He is a natural storyteller, weaving a thread between each work in the exhibition, which can be traced with a perceptive eye from piece to piece. 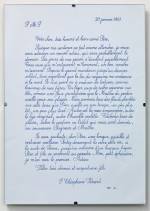 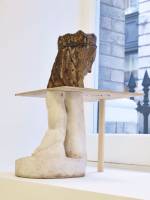 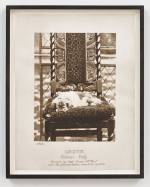