Cui Xiuwen is a conceptual artist best known internationally as a video film-maker and photographer. A creator of progressive and provocative work, she began her career as a painter and has recently returned to making paintings and sculpture, exploring contemporary formulations for venerable traditions, in combination with new media.

Born in 1970 in Harbin, China, Cui lives and works in Beijing. She studied at the Central Academy of Fine Arts, earning an MFA in 1996. Her series Intersection (1998) was extremely controversial, featuring not only nudity (stringently banned in China then and still banned, if only intermittently enforced now), but male nudity, which was even more shocking. Focusing on her subjects’ genitalia, a critique of historic gender disparities, social mores and aesthetic conventions, it would have raised eyebrows even in the west, where female nudes, not male nudes and not viewed frontally, have long been the norm. She upped the confrontational ante with Ladies Room (2000), based on footage taken from a video camera concealed in the ladies’ room of a Beijing club, which was removed by official censors from the 2002 Guangzhou Triennial, its first edition.

In later works, Cui has turned from social issues to more existential, Taoist and Buddhist themes that trace the evolution of self and its journey through the world and beyond, its relationship to others and what defines humanity in works such as Existential Emptiness (2009) and Spiritual Realm (2011), concerns that she continues to explore in her exhibition Light.

She has shown at Tate Modern in London and the Today Art Museum in Beijing, as well as galleries in New York, Hong Kong and Singapore and is represented in several museum collections, including that of Tate Modern and the Brooklyn Museum in Brooklyn, New York. 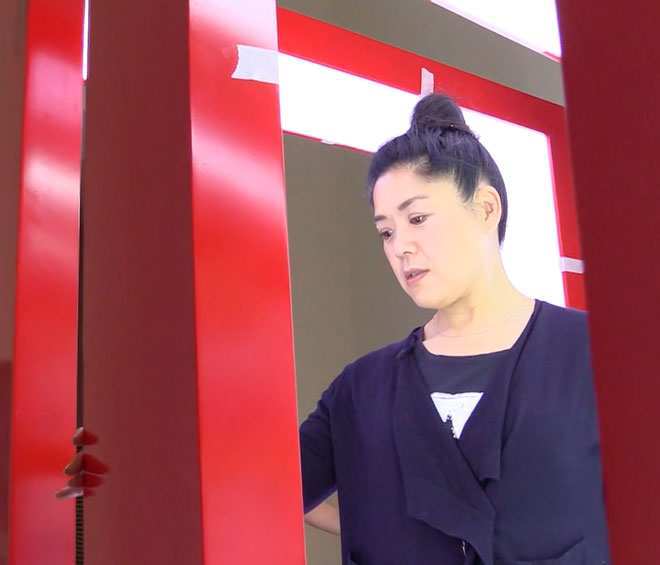