Toni Scott: ‘People don’t understand that what’s in the past is still with us today’

Toni Scott: ‘People don’t understand that what’s in the past is still with us today’

The California-based multimedia artist Toni Scott talks about how, in DNA – Bloodlines and the Family of Mankind, she has woven her own personal family history with the universal history of African Americans and Native Americans in “a celebration of the human spirit”

The third edition of the Dame Jillian Sackler International Artists Exhibition Program at the Arthur M Sackler Museum of Art and Archaeology at Peking University in Beijing features California-based multimedia artist Toni Scott’s ambitious exhibition, DNA – Bloodlines and the Family of Mankind. Curated by Miguel Benavides, with the support of Professor Cao Hong, Professor Wang Weihua, and Dr Lu Jing, it will be on view from 4 July – 27 September 2015.

What began as a personal odyssey 12 years ago, an autobiography of sorts based on DNA findings, handed-down family anecdotes, and memorabilia exhibited in multiple venues (including a three-year solo at the California African American Museum in Los Angeles), has become more epic in scope over time. Expanded here into an overview of the history of African Americans and Native Americans and their relationship to the peoples of Asia and Africa, Scott explores how far-flung, disparate cultures are both joined and severed. 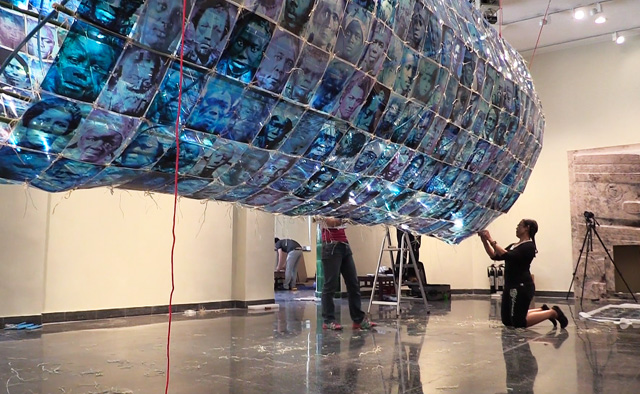 The heart of the exhibition is an approximately 7.3-metre (24-foot) long, illuminated slave ship suspended from the gallery ceiling, just above the heads of the viewers, constructed from 500 translucent images of both family members and faces taken from archival collections, blue-tinted as if they had been stained by ocean waves. The portraits are an attempt to restore the individuality of the countless, all too often anonymous souls who were forcibly uprooted from their homes, transformed into chattel sentenced to hard labour in the Americas. 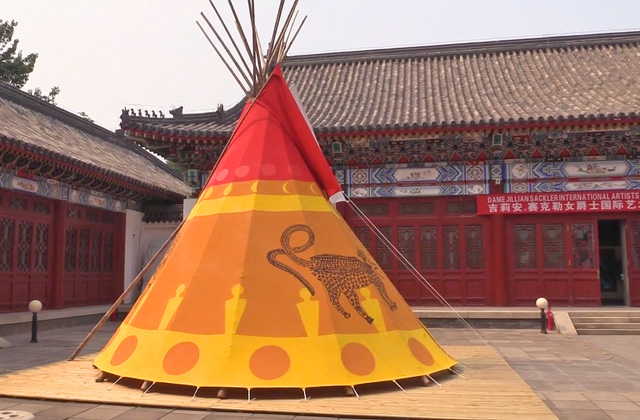 Another highlight is the to-scale tipi erected in the courtyard (there is a smaller one in the entrance space), a contested icon that Scott installed to represent the Native American side of her heritage (she is a citizen of the Muscogee Creek Nation), the exterior emblazoned with traditional designs and symbolic colours, the interior inscribed with the names of all the tribes that existed in North America, officially designated as 527 as of this July by the Bureau of Indian Affairs. 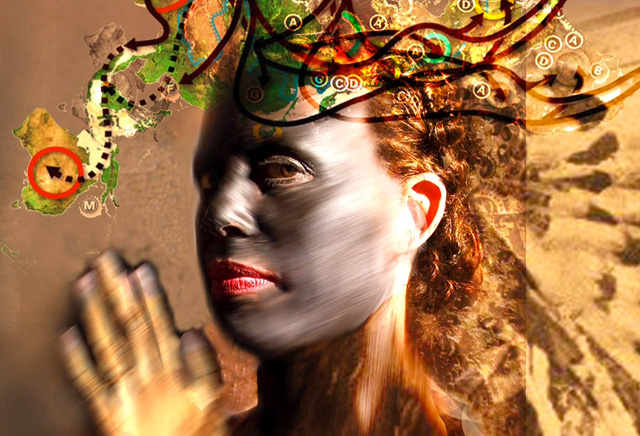 Shown with them are more family photographs, illustrating the breadth of Scott and her relatives’ ethnic makeup, and transcriptions of slaves describing their experiences that includes a poignant, rather ghostly aural component in which their voices can be heard. Additionally, there are enormous banners with figures (often of the artist) emblematic of significant historical moments, written text on two walls that is a lament for an abducted child, genealogical charts tracing Scott’s maternal and paternal lineage, and documentation and images that compare Asians, Africans and Native Americans in a blend of the personal, the ethnographic and sociological, the historical and the poetic, proceeding from the specific to the general. Ultimately, Bloodlines celebrates not only the will to survive but also the “human spirit”, as Benavides said, in all its magnificent diversity. As well, it celebrates our surprising homogeneity, in which only a few degrees of separation stand between us all.