Sara Greenberger Rafferty (b1978, Evanston, Illinois) works in a variety of mediums including painting, performance and video, with photography perhaps playing the most prominent role in her practice. Largely influenced by comedy and entertainment, recent bodies of work have also shown a preoccupation with personal objects and everyday interiors. The New York-based artist’s fourth solo exhibition at Rachel Uffner (New Works: Dresses and Books, until 15 May) continues this exploration of private and domestic moments through a selection of recent plastic works that focus on personal rituals in a specifically female sphere.

Allie Biswas: You have said before that you have always thought of your work in the context of performance. Whereas your previous exhibitions have shown a concern with being openly performative – in the sense of relating to the public domain, and making references to entertainment and comedy figures – your last couple of shows at Rachel Uffner have turned to a more private space. Would you agree? And, if so, could you talk about this change in focus?

Sara Greenberger Rafferty: I agree that private space is more explicitly invoked in the recent shows. I don’t see this as a change in focus: my evocation of performance has always been in relation to the performance of self, and the scale of a single person. I think this scale, the subject of the construction, as well as performance of self, all point to privacy in relation to a public. If anything, I have positioned the domestic as “backstage” in recent work. In fact, my use of bathroom imagery came from thinking about public bathrooms, starting in 2012 – something that is very much in the news today: the clash of public, private, self, identity and interpretation. I see the work has evolved, but I can’t understand what has changed because I’m in the middle of it.

AB: Comedy aesthetics have played an important part in your work so far. You have spoken about your interest in standup comedians in particular, and this type of imagery dominated Tears, your first show at Rachel Uffner in 2009. Can you discuss why it is that you turned to comedy as a theme or reference point? And, has your intention ever been to bring humour into the work?

SGR: Comedy is a strategy I adopt to make my work palatable. It is an iconography I turned to because of its scale and gender associations. Sometimes my work is “lol”. More often it is “funny ha ha”, and usually it’s just kind of weird.

AB: Your current show, New Works: Dresses and Books, feels very concerned with the female figure. Are the rituals on display – dressing, online shopping, diary writing – segments from your own life? What has this exposure felt like to you (putting these personal things into a gallery space)?

SGR: Cultures are very concerned with the female figure, no? My version of the female figure is not the same as those seen in the fashions of my show. I relate to dressing myself. I relate to online shopping. But actually, I think everything done on the internet relates to, or emulates, online shopping, even reading. The diaries in the show are not mine. They are downloaded from a product marketed toward women, and some quotations from James Boswell’s 18th-century Journals. In these – well maybe all of it – I think I’m curious about the externalisation of anxieties. I guess in the diaries, I’m also evoking the feminisation of time, and ideas that organisation can mean control.

AB: How do you feel about clothes (specifically) and fashion (more generally)? The show made me feel that, while there had to be some critical perspective at play, there was also something celebratory happening, in relation to how these things form a part of our interior, home lives.

SGR: I think fashion and shopping – the stereotypical realm of the woman – are seen as, to borrow a word from the writer Mellissa Huber who wrote a text in association with my show, “facile”. But what is more essential than how one faces the day? I think clothes and dressing are a big part of this, and I’m interested in how the language of clothing is used in the construction of self.

The literary critic Hélène Cixous wrote about putting on a designer dress in the 1980s: “I enter the garment. It is as if I were going into the water. I enter the dress as I enter the water, which envelops me and, without effacing me, hides me transparently. And here I am, dressed at the closest point to myself. Almost in myself.”

AB: Where did the idea of using Plexiglas come from? I think the method was first seen in your 2014 show, termed in the press release as “plastic wall objects”. To me, they act as a preservation tactic, not in terms of making sure that the print is kept safe and scratch-free, but rather highlighting a sense of vulnerability about the subject.

SGR: This method has been in use since late 2012. A complicated matrix of circumstances led to the ultimate form, but actually preservation in a literal sense isn’t far off. The Plexiglas actually does seal each piece – which is made with prints, roll polyester and acrylic polymer paint – and protect it from damage. The Plexiglas makes the piece rigid and allows it to become a fully realised object, with dimension and demands on space and light. Being transparent, there is nowhere for hardware to hide, so the screws puncture the face of the piece itself. Also, an otherwise two-dimensional piece casts a thick shadow. It also makes me think of flat screens that are everywhere now.

AB: Much of your practice has focused on reworking photographs, in a layered approach, with several steps taking place (for example, manually worked on with paint, digitally manipulated, reprinted). Can you explain this process of working, and what encouraged you to begin making works in this way?

SGR: It basically starts with a feeling that there are too many images, and a sense of the grave responsibilities of making new images in a world of image overpopulation. So quotation and reference are important. Then I’m interested in accumulation and damage, and showing human subjectivity and feeling in the images. Often, I start with the idea of casting for portraits and stereotypes for objects (dress equals female, tie equals male). Increasingly, I’ve been working with text.

AB: Also, related, how do you know when the work is finished; that the last alteration technique that you used on the photo was the final one?

SGR: There is a lot of trial and error, and chance. The process is determined in order to make meaning. I don’t view it as technique. Though the landing point, as you allude to, is subjective and aesthetically driven.

AB: You took a Master of Fine Arts in sculpture. Were you making three-dimensional works during this time, and how did the MFA develop your photography work?

SGR: I’ve sort of always been making photographs three-dimensional. In grad school – nearly 15 years ago now – I made sculpture, video, drawing and photographs. Many of the three-dimensional works were informed by photographs. I think in terms of object and space, but this thinking and this vision is always mediated via photographic and filmic imagery. My work is in reality, not fantasy.

AB: What do you plan to work on as part of your forthcoming Artist Research Fellowship at the Smithsonian?

SGR: Oh boy, yes, I’m working on the material culture of comedy. I’m starting with [the US standup comedian, who died in 2012] Phyllis Diller’s joke files next week! I had my fingerprints taken.

AB: You have a “favourite artworks” section on your website. You start in 1520, with The Body of the Dead Christ in the Tomb by Hans Holbein the Younger, and you finish in 2013, with Camille Henrot’s Grosse Fatigue. Would you like to add any post-2013 works to that list?

SGR: Not yet, but I recommend the film Mad Max: Fury Road by George Miller. 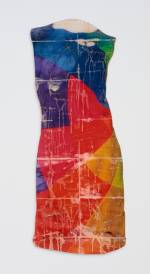 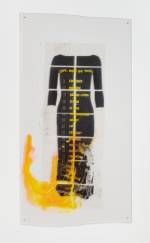 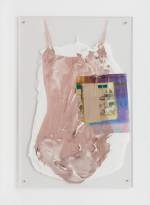 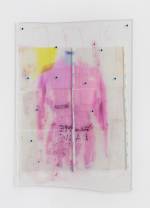