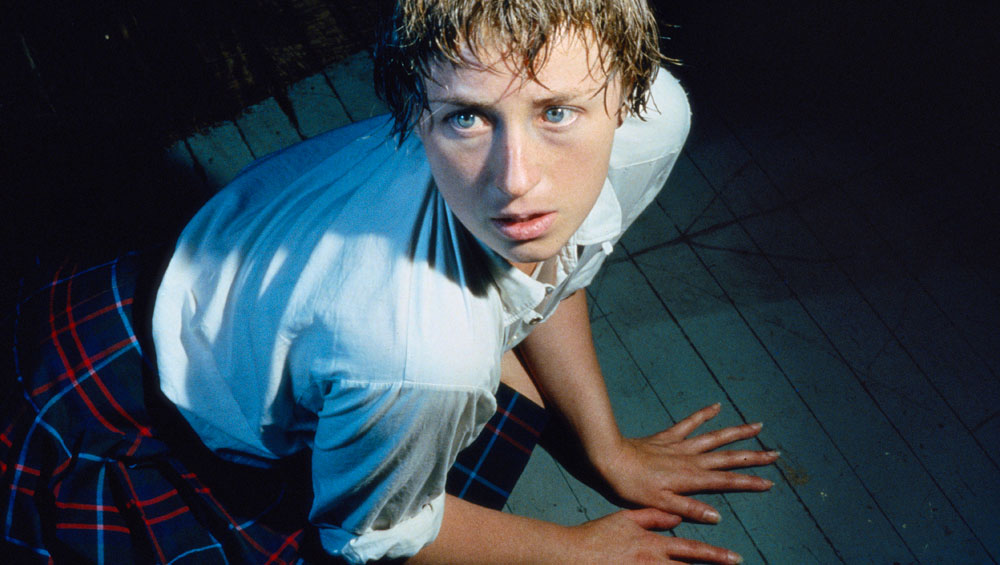 When Cindy Sherman was growing up on Long Island, New York, she adored cinema: she absorbed American B-movies, film noir, the Italian neorealism of Roberto Rossellini and the French New Wave of Jean-Luc Godard. Yet among the many films that captured her imagination, one stands out: Alfred Hitchcock’s Rear Window (1954). In the film, a photographer recuperating from a broken leg spends his time observing the movements of his neighbours in their homes, as he attempts to puzzle out their lives. Soon, he turns his imagination to the mysterious story of a couple. The photographer (played by James Stewart) has a friend (played by Grace Kelly), who says to him: ”Tell me everything you saw and what you think it means.” This gives a clue to understanding Sherman’s first UK retrospective at the National Portrait Gallery. 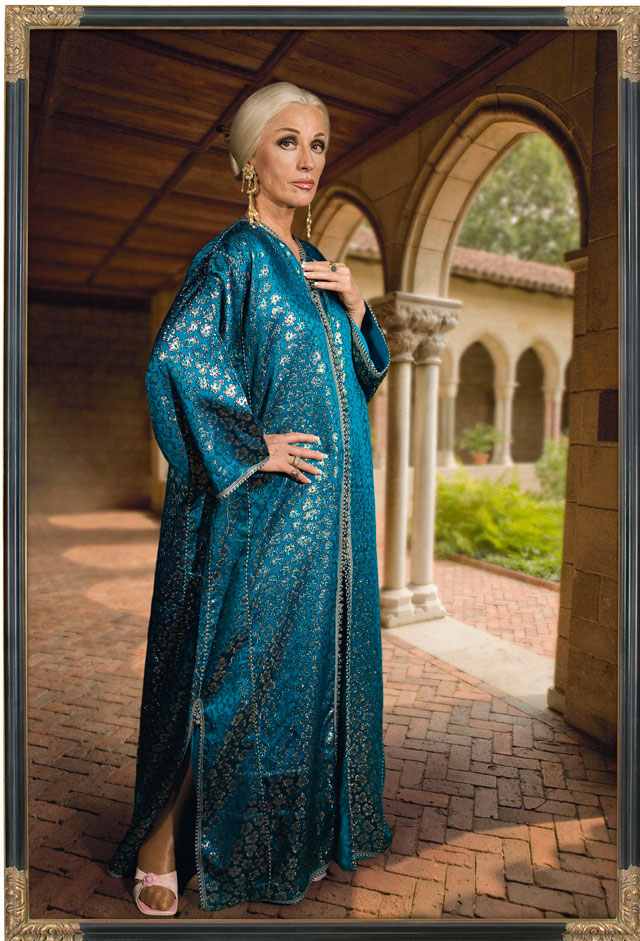 Sherman was captivated by the film. As you can read in Cindy Sherman’s Personae, an essay by the curator, Paul Moorhouse, in the insightful catalogue, she said: “I loved all those vignettes Jimmy Stewart watches in the windows around him – you don’t know much about any of those characters so you try to fill in the pieces of their lives.” This underlines her fascination with the ambiguous nature of appearances and the importance she attaches to the viewer’s interpretation. Now you are invited to make your own interpretation of her breakthrough work: the Untitled Film Stills, which she began after moving to New York in 1977. A major artistic statement, it defined her approach from that time to the present day. The entire series appears for the first time in the UK. This is central to the survey featuring about 150 works from international public and private collections, together with work never previously displayed in a public gallery. 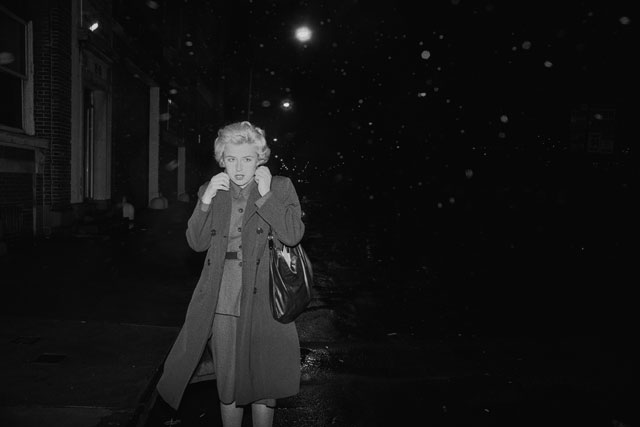 A woman caught in the headlights, a made-up face gazing into a mirror, a city dweller framed by an architectural setting: the Untitled Film Stills show the different parts of the life of an everywoman. At first glance, the images appear to be almost realistic. Yet if you take a closer look, cinematic stylisation is at play in the tableaux picturing imaginary characters, which convey a world of fiction. 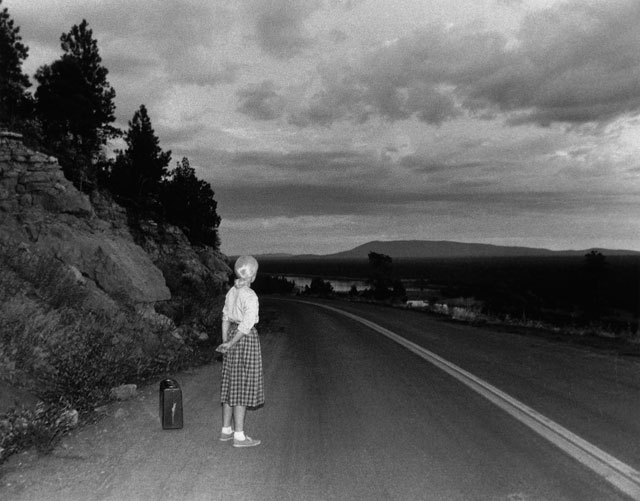 Moorhouse says there is a stylistic reference to Rear Window in the Film Stills: “You feel as though you’re looking into a window: a rear window of Alfred Hitchcock’s film. And in that window, you can see characters and you know nothing about them. You don’t know who they are, you don’t know what they’re doing, why they’re doing it. And something is going on, we sense. But it is your responsibility to figure out what’s going on. And that relates directly to the scenario of Rear Window, where the character says: ‘Tell me everything you saw and what you think it means.’” 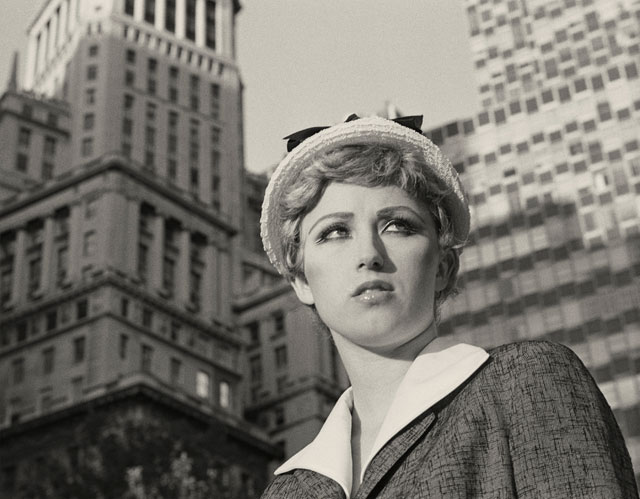 Moorhouse continues: “Beyond that, there is almost in the Film Stills a manifesto for all of her subsequent preoccupations, which is the creation of a world of appearances, a world of appearances in which there are constantly visual clues or at least enticements on which to hang an interpretation. But what meaning we bring to those photographs throughout the exhibition is entirely up to us, it’s entirely subjective. And that returns us again to our human condition of having to figure out what’s going on in the world and in our relations with other people purely on the basis of the way things appear.” 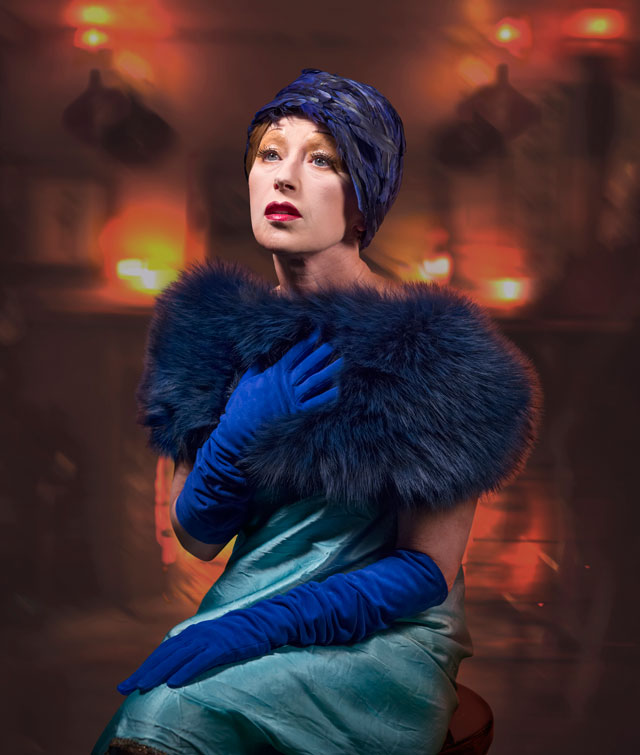 The exhibition suggests we tell ourselves stories, drawing inspiration from appearances. These abound in the cast of characters in the Untitled Film Stills, History Portraits, Fairy Tales and Flappers. Sherman’s personal memoir, the Cindy Book, pictures activities with her parents and friends, where she expresses a sense of wonderment at her own story. As a child, she dressed up in 1920s clothes that belonged to her grandmother and discovered that she could augment the illusion of a changed identity by using makeup and costumes. When she was 10, her father gave her a camera, and she became interested in photography. 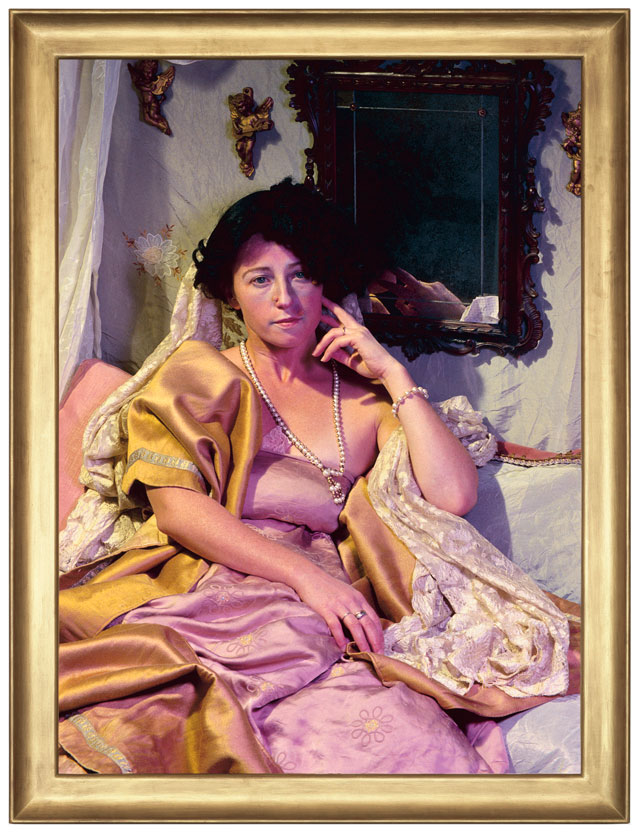 As a student at Buffalo State College, she would have great fun, going out to social occasions in role, but she hadn’t yet thought of this as art, until she was encouraged by her teacher, Barbara Jo Revelle. Her earliest works date from 1975, when she documented her transformation from gauche teenager to attractive vamp. In the murder mystery photographs of 1976, she played all the roles, including a maid, a butler and a police detective. The invention of alter egos underpins a central theme of the exhibition, which is about the creation and exploration of appearance. Moorhouse says: “The fact is that there is an enormous gap between the surface and the reality, and that gap is the gap that Cindy’s work inhabits.” 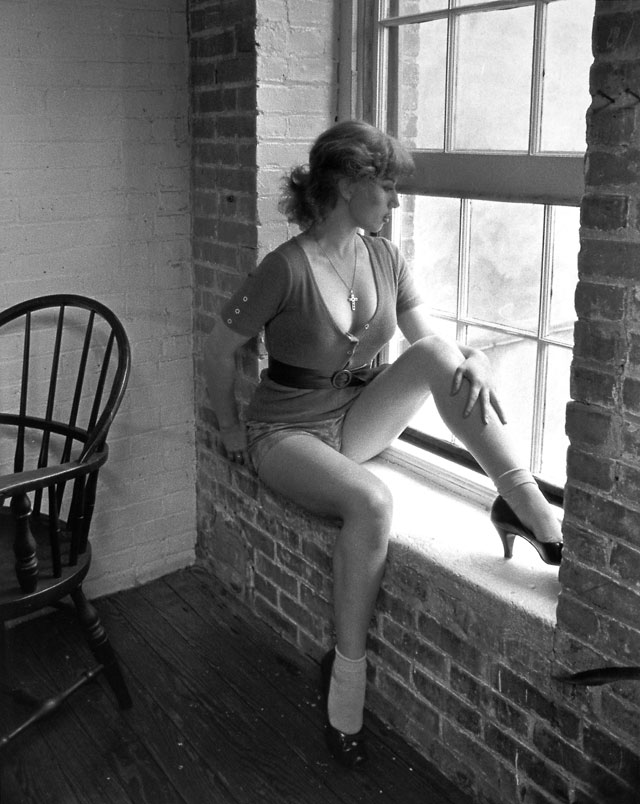 While the Untitled Film Stills are central to her exploration of femininity and identity, they are rare in her oeuvre in the fact that she moved into exterior locations. Usually, Sherman works solo in her New York studio, of which you can see a re-creation, giving a glimpse into her creative process in one room. Sherman’s work challenges the role of the photographer: if Rear Window offers a metaphor for cinematic spectatorship and the male gaze, then the Untitled Film Stills can be aligned with the film historian Laura Mulvey’s feminist critique of this way of seeing. Later, in the Centerfolds series (1981), where she appeared in colour for the first time, Sherman created a feminist narrative where she questioned the representation of women in the media, as seen in the image of a woman in a spotlight. Moorhouse says: “She used the centrefold convention not to show women as creatures for male gratification but rather to show women as possessing the opposite: a psychology, a vulnerability, as she called it, a frailty: in other words, a personality.” The twist in the tale is that this impression is a fiction, as she is performing for the camera. Yet what is so meaningful is the human dimension of this fantastic, female-led exhibition. 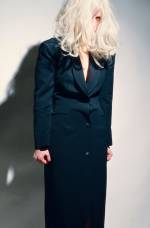 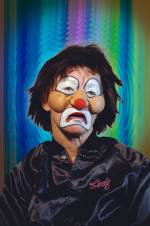