Cézanne and the Modern: Masterpieces of European Art from the Pearlman Collection

Cézanne and the Modern: Masterpieces of European Art from the Pearlman Collection

In 1958, the first public exhibition of the Pearlman Collection went on display at the Baltimore Museum of Art. It was titled Anonymous Collection. Notwithstanding its stated anonymity, one reviewer recognised that, “like the Cone Collection, these works constitute a highly personal view of modern French art and, like the Cones, the anonymous lender has proven himself a connoisseur of formidable discrimination”.1

A decade later, the Anonymous Collection would be rehung at the Detroit Institute of Arts under the title Cézanne and His Contemporaries: The Mr and Mrs Henry Pearlman Collection. Despite reviewers recognising once again that the collection had the “charm of being deeply personal”, Cézanne had begun to dwarf the collection.2

Currently on display at the Ashmolean Museum in Oxford, the exhibition Cézanne and the Modern: Masterpieces of European Art from the Pearlman Collection clearly states its claim. Cézanne is the anchor through which the Modern, represented by Chaïm Soutine, Amedeo Modigliani, Paul Gauguin, Vincent Van Gogh, Henri de Toulouse-Lautrec, Oskar Kokoschka and Jacques Lipchitz, will be read. With this manoeuvre, the personal character of this wonderful collection evaporates, and Cézanne and the Modern sets out to rehearse the familiar narrative of canonical modernism. Yet it is through telling absences, elephants in the room, that the exhibition exposes the idiosyncratic nature of both the collector and the collection, and by doing so reveals a fascinating insight into both the artists on show and the mechanisms that controlled the collection of modern art.

The exhibition positions Cézanne at the beginning of the Modern – the first room displaying a selection of his drawings, sketches and watercolours. Mount Sainte-Victoire, (1904-06) hangs proudly at the centre of the exhibition, an aesthetic vortex radially informing the other works. However, although the show is structured chronologically around Cézanne, another work hidden in the last room suggests a counter narrative through which to understand the collection. This work is Soutine’s expressionist landscape View of Céret (1921-22). This was Henry Pearlman’s first modern acquisition, purchased in 1945 at an auction in Parke-Bernet, New York. A businessman and founder of the Eastern Cold Storage Insulation Corporation, Pearlman began with an amateur interest in the works he collected. As revealed in a first-person narrative included in the catalogue, he enjoyed the thrill of the chase – hunting down, competing and bargaining for modern works. As a result, the collection is the product of fortune as much as good taste.3 Details about the acquisition history hidden throughout the exhibition reveal as much about the market forces in the late 40s and 50s, when modern works were still “affordable”, as they do about the milieu of Cézanne and his “moderns”.4

Not only did the market inform the works collected but, as earlier critics noted, Pearlman’s collection was deeply personal. He always sought interaction with the works, exploring their provenance, as well as connections to the artist.5 He unearthed information on a work’s life-story, enjoying details that connected him to other famous collectors – for example, Gertrude Stein had owned his Honoré Daumier portrait Head of an Old Woman (c1856-60). In her informative catalogue essay, Rachael Z Delue explains: “It was a fascination with the experience of art – the life lived by an artist, the journey of a painting or sculpture over the years, the pleasure of other owners and audiences, Pearlman’s own delight – that underpinned much of what he did as a collector and amateur scholar of art.”6

In this way, the absence of any Cubist works in the exhibition demonstrates how Pearlman escaped fashionable trends to build a more contingent collection. With Clement Greenberg’s doctrine of the flatbed picture plane pervading all spheres of art appreciation in the late 40s and the 50s, Pearlman’s penchant for representational works over abstraction reveals how he eluded critical dogma. Placing Cézanne within this representational tradition in consort with Daumier, Camille Pissarro, Modigliani and Soutine, repositions him from a narrative leading towards abstraction and challenges us to reconsider how he informed later representational strands of modernism. After all, it was these artists who led Pearlman to the purchase of his first work by Cézanne in 1950, a watercolour titled Cistern in the Park of Château Noir (1895-1900). Although Cézanne is the artist most heavily represented in the collection, with more than 30 works of his held – taking Cézanne as representative of the collection, rather than Pearlman, disguises other visual resonances and narratives hidden within the collection.

Therefore, despite works such as Vincent Van Gogh’s Tarascon Stage Coach (1888), Edgar Degas, After the Bath, Woman Drying Herself (1890s) and Pissarro’s Still Life: Apples and Pears in a Round Basket (1872) being aesthetic feasts, to commit solely to visual indulgence through sensory appreciation appears less to inform than to reiterate a well-known Modern narrative. Had the curators celebrated Pearlman’s subjectivity, starting the exhibition as Pearlman did with Soutine’s View of Céret, a more illuminating narrative would have been revealed. Yes, it might be less universally inclusive, moving away from The Modern with a capital M to represent an individual experience within the modern. Rather than painting the modern over as a homogenous experience, sheltered under the umbrella of the Modernist canon, it would have revealed a plethora of modernisms individually formed and collected by the experience of those who engaged with it, financially, fortuitously and, most importantly, personally. 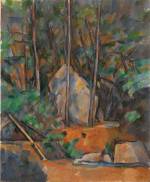 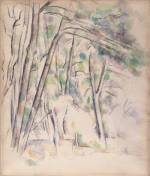 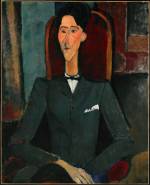 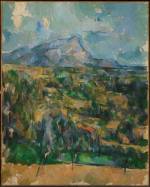 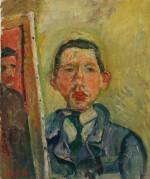 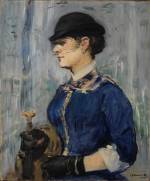