City exhibitions are not new. In 1977 Centre Georges Pompidou, Paris embarked upon a great series of three exhibitions, exploring interactions. Paris-New York (1977), Paris-Berlin (1978), and Paris-Moscow (1979), These great exhibitions (Paris-London was notably absent) had of course, a political motive: the centrality of Paris was explored in twentieth century culture, as never before, and re-emphasised in the process.

Pontus Hulten, as Commissioner commanded a global audience and acclaim. Paris-Berlin explored the period 1900-1930. Each exhibition was notable for the superb catalogues produced, which ran to close on 600 pages each. Only the Musee d’Art Moderne of the time could command such resources. These books remain collectors’ items today, irreplaceable as source books for artists, curators, and scholars alike.

Equally memorable, in 1985, was the Austrian exhibition ‘Dream and Reality’ (Traum und Wirklichkeit’) Vienna 1870-1930, which travelled to both New York and Paris. This had in fact followed the exhibition ‘Vienna 1900’, held at the Edinburgh Festival in 1983 (S.I Vol 196) This earlier exhibition had perhaps suffered from the artifice of the date 1900. For ‘Dream and Reality’, the appointment of the architect Hans Hollein to organise the process of culture into a visually cohesive whole permitted this contribution to the curatorial display to form a greater whole than the separate parts. Indeed, as Hollein was to describe his city exhibition at the time;

The exhibition was composed of twenty-four elements and themes.

Original material is not laid out simply to impress the spectator with its authenticity but it should also encourage association and communicate the complex association of ideas, also carrying such relationships via their symbolic ‘force’ as 'icons', Reason and emotion must carry equal weight.

Such mundane dreams may satisfy the curatorial appetite for gratification by perpetual movement on the fairground of international merry-go-rounds, and they convey the urge by curators to rival one another when the exhibition can be their text, chapter and verse. But that understanding of metaphor and icon in the narrative is non-existent in the process.

One might go back further, to l973 Chicago, to realise the nature of curatorial innovation, to understand how, in the Sao Paulo exhibition ‘Made in Chicago’, the essence of the city was creatively plucked by local curators on small resources, to allow interaction with SaoPaulo.

Chicago snubbed New York then, by mining local sources and traditions of Chicago. Instead of competing with local native artists, they incorporated them into their own movement. As two writers for Studio International then, Derek Guthrie and Jane Allen rightly surmised at the time (Studio International Vol 186, No .960, Nov 1973), this was ‘’directly relevant to one of the most chronic cultural problems of the twentieth century- that of the conflict between modernity and regional cultural traditions. Any artist today must decide what to do about Picasso, about Duchamp, about Pollock, about Oldenburg, even if his decision is to ignore them. But if an artist comes from a third world nation, and must also contend with non-Western artistic traditions, his task of finding an identity as a contemporary artist is that much harder. "

That new regionalism of the 1970s USA seemed then to focus appropriately upon vanishing species, victims of the post-industrial world, whether urban artifacts, flora or fauna. In the case of Chicago it is the urban sub-cultures of the first half of the twentieth century, and their living remnants that have attracted the artists’ attention. If you have ever lived in an unrenewed section of a large city – a neighbourhood of homes sporting bay-windows with ornamental shades partially obscuring enormous lamps; of old dime stores, cigar stores, lingerie shops, B-Movie houses and girlie shows – then you may have some concept of the urban nostalgia animating the Chicago artists going to Sao Paulo. Nostalgia –because such neighbourhoods in Chicago are fast falling victim to the squeeze between the expanding black ghetto on the one hand and high class urban renewal (to contain the ghetto) on the other."

What mediated here then, between ‘dream’ and ‘reality’, too, was "Connoisseurship of the vernacular- the twelve (Chicago) artists’ most important common characteristic "

And here too the vision and the connoisseurship was that of the artists themselves, but only orchestrated by the curators. It is this foundation of authenticity in direct, on-street experience that Century City, despite the ‘wide’ view of Nittve, has utterly failed to conjure up, to plumb in its essentials. It seems, in the rush that none of the lessons of these previously celebrated precedents as city exhibitions have been observed, at Century City. Indeed, precedent studies simply do not figure . Instead, we find a remorseless, self-satisfied patronage exercising full sway in the hands of the curatoria, seemingly also disengaged from each other by Nittve, to avoid any claim of ‘coherence’.

The cities were thus selected according to mysterious priority, and upon each was imposed a curatorially or academically identifiable period, as follows;

But it did not. Furthermore, it seems the common basis for city selection imposed a major constraint on some, in particular Lagos, impossible to include on any basis of parity with the predominately Western cities. Lagos can only have been chosen on a curatorial impulse, or imperative, to ‘represent’ black Africa: and it is embarrassing to all, not least of all to Nigerians of course. Bombay (introduced by the commissionaire at the door, so to say, as Mumbai), focuses display predictably in a Sunday supplement manner, on Indian film, and with a similar mealy-mouthed, obsequious patronage, which does little to reconcile post-colonial traumas. Accordingly such swathes of political correctitude prove irritatingly counter-productive in the main context of Century City. Charles Correa has said,

And yet this metamorphosis is never explored in the exhibition at first hand, only through the filter of celluloid fantasy. Why Bombay (Mumbai) was not brought to a dramatic climacteric was here a missed opportunity. So it ended as a cul-de-sac. Yet the curatorial obsession here with game rules takes the weary visitor through what is not primarily a political maze (which true Metropolis must be ) but a political chessboard. This totally contradicts the exhibition’s founding purpose. Rio, by contrast seemed bleached, sand-white, abstracted in content. The same low-income millions who characterise Mumbai are here curiously muted, abstracted particles of a socio-economic substratum theory.

The journey seems only now to lead back to the point of origin, as in Naipaul’s cautionary tale, ‘The Enigma of Arrival’. The teams of curators, fanning out from the Tate Modern Terminus seem, despite their best efforts, only to present the differentials of metropolitan twentieth century culture, guiding us obediently back to base. If the message of Emma Dexter, in her London sectional introduction (surely to be the tour-de-force) is that "culture is becoming flatter" tear up the flat earth map. If, as she says "the cross-fertilisation between art and advertising, design and fashion is now seamless, and runs in both directions" rip it off, peel it apart again. A strongly pungent whiff of ‘nouveau petit-bourgeois’ is overwhelmingly present with such pronouncements.

Early reviews of Century City have been almost universally depressing. But Tate Modern really can feel like Euston Station, turbine hall as forecourt. So it remains at present. The white-coated curators have passed through, the trolleys are gone. Its midnight. On the clapperboard of city destinations, the times and places seem scrambled . The New York 1969-1974 is stationary, since customers wished only to reach l962-l968: understandably 1969-1974 was not a goer. Some of the l955-l970 crowd wanted Kingston, Jamaica, not Lagos, Nigeria. Tokyo is also a damper, since 1967-1973 belongs elsewhere: or rather Tokyo could just choose any time since 1950, after all, and zoom. Vienna however was ‘packed’ with refugees from the aforesaid chaos pleased at last to see impeccable curating, nor could Moscow l916-l930 other than draw the crowd, as always.

And London? The effort to avoid a celebrity coach and keep the press guessing seemed also to be one last anti-climax. Trudging through the whole itinerary, its good at last to get out, up the ramp, and see all around, a real city of our dreams. A city in which curators, have been the tools rather than the arbiters of patronage, and yet which is curiously, continually - yes- that’s the word- coherent. 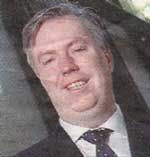