The identity of the Celts might be as evasive as a will-o'-the-wisp, but as this wonderful exhibition shows, their art is as solid and evocative as it is beautiful

When you think of the Celts, what comes to mind? Is it a Scottish football team, St Patrick, ornate stone crosses, Boudicca or even the Asterix comics? Politics, nationalism, popular culture and art are still playing out the enduring influence of this most romanticised of cultures. But who where the Celts? The curators of this exhibition make a surprising revelation – they never really existed, at least not as a single people with a common identity. The term “Celt”, it turns out, is a slippery one. We are told that the only thing that unified the people we now know as the Celts was a common aesthetic – there is no genetic root to their existence. In short, they were not, and are not, a race of people.

The word Celt was coined by the Greeks, who labelled the inhabitants of south-west Germany “Keltoi” in that sweeping and dismissive way they loved so much. This, we have learned, was a blanket term for a vast range of varied communities. But though the population apparently had no unified identity or discernible common heritage, the art they left behind speaks in the same tongue, even if the dialect differs from place to place. These Iron Age peoples certainly shared a visual language, which dominated the lands that sit north of the Alps and south of Scandinavia, evidenced in abstract patterns, twisted torcs and musical instruments that have been found as far apart as Romania and Scotland.

This exhibition introduces us to these enigmatic peoples by way of a room filled with wonders that speak of a time before the majority of Europe became one enormous outpost of the Roman Empire. Snaking gauze strips hang from the ceiling, symbolising perhaps the mists of time or, more probably, the mists of the Highlands. It is a rather pleasing effect; these were, after all, some of the most mysterious times in European history and few clues survive about the lives of the Celts.

Ancient accounts help to add flesh to the bones and light to the wealth of silver, gold and bronze that has been ploughed up from many a muddy field. While most Greek and Roman writings should be taken with a pinch of salt, there are more than a few grains of truth. Records tell of the fearsome Celtic warriors who sounded a type of horn called a carnyx, an instrument formed of a long, hollow tube topped with a stylised boar’s head. The remains of one such instrument are proudly displayed here, alongside a reconstruction. The original, dating from AD 75-100, was found in Scotland and, the evidence suggests, was played in a frightful chorus to faze the enemy in battle. One can only imagine what the clean-shaven – largely Mediterranean – Roman army must have thought when confronted with these noisy, bearded adversaries. But put one of the small speakers located beneath the spotlit display to your ear, and you will get some idea of the unearthly sound these instruments make.

Although this particular carnyx was found in Scotland, the 2,000-year-old Gundestrup cauldron – a tremendous piece of silverwork thought to come from Romania or Bulgaria – shows the same instrument being played (perhaps wielded is more appropriate) in one of its many friezes. Nearby sits another transportive wonder – a reconstruction of a Celtic chariot. The original was found in a burial of what must have been an important British woman, as such practices were incredibly rare. The reconstruction shows a system of shock absorption, achieved by suspending the standing platform with leather straps from the cart’s elegant wooden frame. The animals that pulled such a vehicle would have been muscular little ponies that were highly valued by the Celts, so much so in fact, that they had a goddess dedicated to their welfare.

Where Celtic warriors and chieftains wore a variety of torcs (a practice not limited to Celtic peoples), their horses were adorned with elaborate “hats”. One such wonderful, if alien-looking, object from Scotland is displayed here next to a very imaginative 19th-century painting of a Celtic procession. The ponies in the Victorian depiction wear horned caps, making them look like pantomime unicorns, but the truth is much stranger. This cap would have adorned a horse as it charged into battle around 300-100 BC, making it appear, from a distance at least, to be some otherworldly species with curved, forward-facing horns. Objects such as this one make it easy to understand how such a rich mythology grew up around the Celts.

The Romans came and went, leaving Britain (after almost 500 years of occupation) a hybridised, literate, largely Christian community that was highly vulnerable to attacks from the Germanic and Scandinavian tribes. These Angles, Saxons and Jutes were pagan peoples. It is at this point in the story that the exhibition focuses on British identity and how the word “Celt” finally came to be used to describe the peoples of Ireland and those pushed to the far reaches of the British Isles. A huge, impressively lit replica of a ringed Celtic cross, a cast of what is thought to be the first of its kind, has become an iconic symbol of modern Celtic identity. This cross, and many of the most beautifully illuminated books the world has even seen, kept Celtic art alive throughout the so-called dark ages. The St Chad Gospels (AD 700-800) are on display here and their highly intricate pages, adorned with elegant interlaced patterns, are a wonder to behold.

The Victorians, those ardent medievalists who resurrected tales of King Arthur and courtly love, were responsible for much of the Celtic revival in British culture. Entwined abstract forms are lifted straight from stone crosses and the precious manuscripts and came to adorn jewellery, furniture and even tea sets well into the 20th century. One enthusiastic Victorian, by the name of James Macpherson, even made up his own Celtic literature, fooling a great many into believing he had discovered long-lost texts written by a sort of Irish Homer.

The last room of this exhibition focuses on modern Celtic identity, which, it must be said, is difficult to level with the exhibition’s opening assertion that there was no such thing as the Celts. The curators urge us to accept that the Celts were a dispersed and varied population with little or no sense of common identity. They certainly shared cultural affinities, but were not a people whose origins can be traced through time. On the other hand, this exhibition ends up demonstrating that it is much easier to see what unites them, than what separates them.

This is a wonderful exhibition, and no matter what conclusions you draw about who the Celts were – or are – it is captivating, thoughtfully curated and imaginatively realised. I can’t recommend it highly enough. 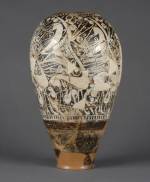 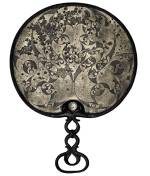 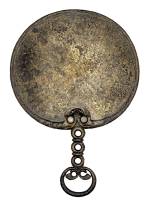 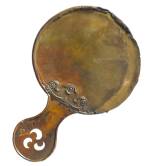 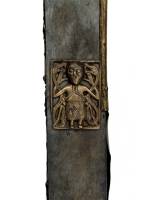