The Enlightenment Gallery at the British Museum opened on 12 December 2003 as the culmination of the 250th anniversary of the museum's founding. After three years of extensive restoration, the former King's Library opens with a new permanent exhibition: Enlightenment: Discovering the World in the Eighteenth Century. It is one of the finest, most remarkable museum displays in the world; to visit is an inspiring and marvellous experience. 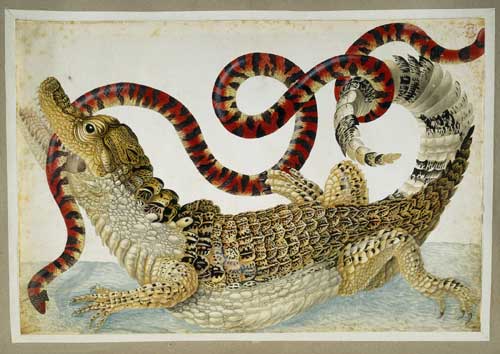 The Enlightenment Gallery is home to 5,000 objects from all parts of the British Museum's collection that have previously not been on show. It focuses on the period of great discovery and learning, the mid-18th to the mid-19th century, when the British Museum was established. Founded in 1753 by an Act of Parliament, the British Museum was formed with the belief that all the arts and sciences were connected. It was deemed vital to the education of the nation that such an institution should exist and be accessible to all. In the words of Alexander Pope in 1730, summing up the 18th century view of the achievements of Sir Isaac Newton, it was 'aimed at universality and belonging to the nation'. To Pope, Newton was the personification of the 18th century.1 The British Museum subsequently gave birth to separate institutions, namely the Natural History Museum and The British Library, from which objects for the new gallery have now been borrowed back. The seven sections of the exhibition are divided by beautifully bound books, on long-term loan from the House of Commons Library. This helps to preserve the bibliophiliac ethos of the original library. Original 18th century glass cabinets are used for display. The level of scholarship and curatorial skill is outstanding. One half expects to feel a massive pang of guilt upon viewing the fabulous artefacts from other cultures, their place in a British institution questionable now in terms of political correctitude. Such issues remain valid; indeed they are central to a collection that consciously presents a cultural overview of the 18th century. The overwhelming reaction, however, is of immense gratitude that the expert care, over 250 years, of many of these exquisite and fragile objects has saved them from destruction.

The Enlightenment Gallery, designed by Sir Robert Smirke (1780-1867) in the 1820s, originally housed the library of the late King George III. The restoration is subtle and superb and much of it is invisible: air conditioning, wiring, lighting. It is so well restored that one is unaware of the precise work that has been done. The glass cabinets are displayed as they would have been in the 1820s and contain hundreds of small fossils, butterflies, botanical specimens, shells and navigational instruments from the time, in their original drawers.

By the second half of the seventeenth century the received wisdom of the ancients such as Aristotle and Pliny was being challenged by experimentalist followers of philosophers such as Francis Bacon and René Descartes. The long eighteenth century's burgeoning interest in the natural world, and the discovery of many new species of animals and plants during increasingly wide-ranging voyages to new parts of the world, resulted in a period dominated by the description and collection of natural objects - the creation of a vast empirical 'database' - which gradually shifted in its emphasis towards explaining as well as describing the diversity of life, past and present. By the nineteenth century, firm ground had been laid for the modern sciences of classification and description - taxonomy and systematics - and the main elements that led to the first credible theory of evolution.2

The Enlightenment Gallery presents what is a virtual reality of the subtlest kind, an 'encyclopaedia of the world' of the 18th century. The King's Library is 300 feet long and in magnificent neo-classical style. The classical world informed all known aspects of the Enlightenment. Ancient history, philosophy and poetry were all dominated by the legacy of Ancient Greece and Rome. 'All human creative expression, indeed all that one said and did in polite society of the 18th century, was informed by the Classics.'3 Social improvement was possible in the 18th century. The Ancien Regime was characterised by fluency in classical culture and letters and yet it was possible for radical men to use the Republican examples of Athens and Rome as rhetoric for their own political, utopian aims. 'The classical past was all things to all men.'4

In the context of the museum, the Greek model was important, for the word museum comes from the Greek word 'mouseion' - sanctuary of the Muses. The great library in Alexandria is one such example of the ancient world. The Greeks were systematic in their classification of things and ideas. Scholars of the 18th century found Greek natural history, astronomy and medicine fascinating and vital to their own pursuits. Knowledge - of a universal kind - was a vital characteristic of Greek culture, and in turn their legacy to Roman civilisation. The Romans sought to preserve Greek achievement, but also to revive and emulate it. As a public institution dedicated to an educational programme, the newly displayed exhibits provide a formidable collection. There are over 300 superb Greek vases including recently restored examples using the latest technology and materials. The new permanent collection brings Classics to life and will provide one of the best collections for all students and scholars in this country and worldwide. The catalogue that accompanies the exhibition is excellent, providing a context against which the study of Classics and the 18th century can be more properly understood. Writing about the establishment of the Society of Dilettanti in 1734, a dining club for aristocrats who had been on the Grand Tour, curator Ian Jenkins states:

The Greek project of the Society of Dilettanti was the quintessential Enlightenment enterprise in the search of antiquity. Foreign lands were visited, ancient monuments explored and drawn, the results transferred to copper plate and turned into books which are themselves beautiful and monumental works. These were to have a profound influence on a burgeoning Greek taste in contemporary architecture and, indeed, would instruct and inspire Robert Smirke in creating his Greek Revival British Museum.5

This whole project must serve to remind society of the absolute indivisibility of human culture, a global phenomenon hopefully now free of regional politics. What is important too, as with this exhibition, is the accessibility of the objects and artefacts to the whole world, hence a revitalised programme of loans and exchanges. The permanent exhibition and new Gallery are accompanied by a masterly and comprehensive book edited by Kim Sloane with Andrew Burnett. It serves as a long-term catalogue and as a documentative sourcebook, yet mercifully free of jargon and unnecessary defensive qualifications. The project was supported both by Simon Sainsbury and also by the Wolfson Foundation, by the Heritage Lottery Fund, by the John Ellerman Foundation, and many others.

The catalogue is wide-ranging in its scholarship. In 'Sacred History? The Difficult Subject of Religion', Jonathan Williams provides an accessible and important essay on the impact of journeys of discovery, and consequent encounters with pagan religion on Christian monotheism. In addition to the ferocity of various religious wars up until the 18th century, (notably, the English Civil War) which had horrified many, a new way of thinking developed. Free-thinking philosophers challenged accepted Biblical traditions; the practices and hierarchy of the Church were also scrutinised. New knowledge of indigenous societies was used to gain insight into the history of religion. The status and nature of human existence was questioned as never before. Christianity nonetheless dominated writings on religion even though Voltaire was prepared to undermine Church and Biblical authority. Others attempted to reconcile 'new linguistic evidence for early human history with the traditional framework of biblical narrative'.6

When the British Museum opened in 1759, it presented antiquities, alongside artefacts from the Americas, Islamic charms, or pagan objects from the Pacific. Attempts were made between the cultures of the Old and New World, between pagan and Christian. Numerous philosophical and literary works were produced over this period. The French writer Pierre Bayle (1647-1706) published in English in 1697, 'inveighed against a wide range of religious traditions, both Christian and pagan, revealing the blatant absurdities and immoralities in myths associated with such characters as the Roman god of Jupiter and, more boldly, the biblical figure of David…He also argued for religious toleration, even towards atheists'.7

In his Essay Concerning Human Understanding (1690), John Locke argued that all knowledge was acquired empirically. The mind, for Locke, does not come complete with ideas and ethical truths. In doing so, he rejected the notion of universally innate knowledge. Religious scepticism was fuelled by the discovery of non-Christian practices in other cultures. David Hume, in the Natural History of Religion (1757), concluded that human religion was the product of a basic fear of the future and the unknown.

The subject of indigenous religion was a popular one for philosophers and scholars in the 18th century. They included controversial writings on sexual symbolism in artworks from other cultures. They served to broaden cultural awareness outside Christian monotheism. The British Museum was thus established in a period of intense philosophical controversy and speculation. The impact on the fabric of the building is appropriately described by Richard Westmacott (who executed the sculptured figures, 1851) entitled The Progress of Civilisation. Sir Henry Ellis, Principal Librarian of the British Museum (1827-1856) later expanded the artist's words:

…Man is represented as emerging from a nude savage state, through the influence of religion. He is next personified as a hunter and tiller of the earth…Patriarchal simplicity then becomes invaded and the worship of the true God defiled…Paganism prevails and becomes diffused by means of the Arts.8

What seems critical about this exhibition is the manner and method by which it brings the Enlightenment into focus as a generic force and influence which has itself conditioned the subsequent development of 20th century culture. Modernism, as such, enshrining the social and scientific ideals of progress as a continuum, an unstoppable human force, undoubtedly took its genesis from this 18th century formulation. Yet historians, critics and philosophers of the late 20th century, such as Bertrand Russell, tended not to emphasise such intellectual roots. Only now, with the emergence of ideas of 'postmodernism' (most notably promulgated by certain architects and architectural writers as a means of abandoning modernism), has modernism itself had to be authentically re-substantiated as an ongoing process of diversification. It has both long roots and a widely varied development. Those pursuing the continuum of ideas which modernism today represents, can regard that long perspective as beginning in the 18th century. Included in this picture are Locke and Hume, but also Kant and Burke as a verifiable and authentic precedent, which can still contain and enrich today's discoveries. The shifts and adjustments of the electronic age, lie well within its logical frame. In the arts as well as in technology, the emergence of an expanded set of modernist concepts, still based on the concept of human progress, is seen readily to accept variants such as 'late modernism', 'new modernism' - notwithstanding a varied chronology which incorporates the postmodernist revisionism of the 1980s. Thanks to the Enlightenment, modernism lives.

To Museum Director, Neil McGregor must go the fullest credit for offering this superb exhibition (which is free of charge) even though its preparation long pre-dated his appointment in 2002. The British Museum continues to epitomise the vital role of the 18th and 19th century dilettanti, scholars, travellers and early museologists who saved for posterity the fruits of classical learning with a view to future enlightenment as much as to the emergence and presentation of past civilisations. The new gallery is a brilliant, highly educative and informative celebration of this prolonged and extenuated sequence of solid cultural and scientific progress, which continued through the 20th century and into the 21st - a golden filament of worldly wisdom.