About a wall: Hadrian at the British Museum

About a wall: Hadrian at the British Museum

History, at least in Northern Europe, essentially defines the Emperor Hadrian, subject of the British Museum's brilliant new exhibition, as the man who ordered the Wall. Hadrian was always concerned with controlling entry to the Empire's successors in the Western World. Such have built walls in Berlin, Israel, Mexico, seldom as successful as the North British wall.

At another entry point to the Empire, across the Danube, Hadrian removed access demonstrably - likewise the psychological significance of Hadrian's Wall itself cannot be underestimated, then and now. It was typical of the Emperor Hadrian that he dismantled that bridge which his predecessor Trajan had built there at Drobeta to impede all access into the Empire for unwelcome intruders, but left the piles in place. This was also a direct slight upon the overweening predecessor Trajan. The designer of the bridge, one Apollodorus of Damascus (who also raised the Forum of Trajan in Rome), was actually exiled by Hadrian (partly for his arrogant view of Hadrian's taste and talent) and ultimately executed. Architects fare better in the present day. It is ironic that contemporary opinion now holds Apollodorus to have been the primary designer of the rebuilt Pantheon. But Hadrian saw to it that the revisions made were indeed carried out.

Hadrian also restrained himself from downrating Trajan directly, and honoured his plans for (Trajan's) Temple of the Deified Trajan. As the current exhibition, at the British Museum, 'Hadrian: Empire and Conflict' reveals, Hadrian himself was an accomplished political leader, but he was also essentially a modern man of a genre which was to follow much later. From an architectural point of view, Hadrian's completion of the Pantheon, by 115 AD, and his Villa at Tivoli (133-5 AD), is a superb vindication of his superiority to Trajan. The 'softer' Trajan was not much revered by his successor. For example, Hadrian soon got rid of the troublesome Trajan acquisition of Mesopotamia (Modern Iraq), and ruthlessly suppressed a Jewish revolt, which Trajan had walked away from. In the words of the great l9th century historian Edward Gibbon, 'Careless of the difference of seasons and of climates, he marched on foot and bare-headed, over the snows of Caledonia, and the sultry plains of the Upper Egypt, nor was there a province of the empire which in the course of his reign, was not honoured with the presence of the monarch.'

Since Hadrian had arrived in Britain in 122 AD, the Wall, built by Roman Legions, was 'fit for purpose' by 135 AD. Hadrian had demonstrated the true responsibility of an Emperor, by putting the farthest boundaries of the Empire well above his architectural and commemorative agenda back in Rome. Typically, he never much got to enjoy his Palace/Villa at Tivoli, since he died in 138 AD. Contemporary historians make much of Hadrian's 'gay' scene, notwithstanding that the majority of Hadrian's predecessors followed such 'mores' and inclinations. Of his love for Antinous (who died at the Nile in 130 AD), well documented in this exhibition, he made no secret, nor was it seriously held against him. In fact, it is seen as respectable evidence of Hadrian's philhellenism. Of Hadrian's wife, Sabina, this arranged marriage, in the pattern of the times, seems to have lasted until she died in 137 AD. Hadrian himself died about a year afterwards, without a male heir. He had Sabina honorifically commemorated by works of art, most notably in a superb marble statue (possibly posthumous) discovered at Hadrian's Villa (prominent in this exhibition).

It is significant that Hadrian never cast off Britain from the Empire. The importance of the Wall as a defining boundary is underscored by this exhibition, and new facts have been brought forward about the actual infrastructure of the Wall. The 'milecastles' which straddled the Wall at key positions helped to strengthen the interaction between Romans and the tribes. While the hapless Trajan had withdrawn units from the Wall line, for transfer to the Balkans (shades of modern times), Hadrian now reversed the changes and decided to strengthen and build up the line, from Carlisle to Newcastle, as a continuous wall with four key new forts astride the wall at 22 km intervals (possibly comprising an 'exchange' system between garrison and local inhabitants), and with an efficient system of watchtowers intervening. The geo-political significance of the Wall in far off Britannia cannot be underrated any more than the so-called Bush 'Missile Shield' in Poland and Eastern Europe, which is purportedly 'just about missile defence against "rogue elements" south of "Mesopotamia"'. In Rome, this consolidation of the boundaries of Empire could build confidence in Hadrian's stewardship, no less so than today it erroneously does for Bush. What is interesting is how superior Roman strategy under Hadrian can seem by comparison with the muddle-headed equivalent under George W Bush and Vice-President Dick Cheney. Furthermore, Hadrian had no chess-playing Vladimir Putin to contend with. In fact, Hadrian was himself the supreme global chess-playing strategist, but always a realist rather than a sleepwalker in a parallel universe.

Hadrian's major built legacy cannot be the Wall, however impressive that was as a political gesture and an engineering feat. It must rest upon two pinnacles, that for the Pantheon and that of his own Villa at Tivoli. As the great 19th-century historian Edward Gibbon has said, 'He was himself an artist and he loved the arts, as they conduced to the glory of the monarch'.

The numerous sculptured images of Hadrian testify to the 'modern man' he represents and represented, bearded now rather than clean shaven like Trajan and his predecessors. Hadrian wished above all to be identified as a breach with that accident-prone past, opening to a new and prosperous, securely bounded Empire.

This exhibition, as directed by Neil MacGregor, with the support of Thorsten Opper, addresses anew the importance of Hadrian both in terms of his military and imperial achievements, and of his enhancement of Roman and Classical culture, as a continuity; as well as touching on his personal foibles and complicated human relationships. In the existing new rotunda at the British Museum (itself a continuation of the geometry of the Pantheon), this remarkable exhibition will stand as a new perspective on the European Classical world, and its relevance today, for decades now to come.

The Catalogue of the exhibition is a masterly composition of longstanding historical fact mediated and upgraded by new information that has followed usefully in the wake of various Hadrian studies, published by the British Museum Press itself (2008). 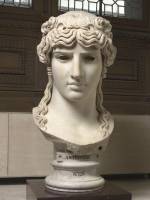 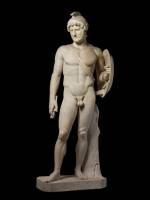 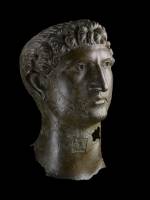 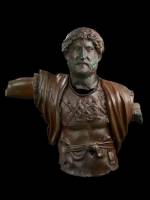 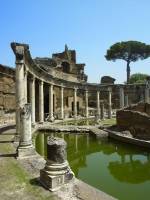