Albrecht Dürer and his Legacy: The graphic work of a Renaissance artist

Albrecht Dürer and his Legacy: The graphic work of a Renaissance artist

The British Museum celebrates its 250th anniversary this year. If the present exhibition - Albrecht Dürer and his legacy: the graphic work of a Renaissance artist (5 December 2002–23 March 2003) - is anything to go by, this will be a superb year for exhibitions there. Dürer is the major exhibition at present, with two smaller but complementary shows that emphasise the important role of collector and benefactor in the development of the British Museum's collection. The first of the small exhibitions shows aspects of the bequest by Sir Hans Sloane; the second is of Piranesi prints. Both show the museum's marvellous holdings and Dürer's remarkable influence. 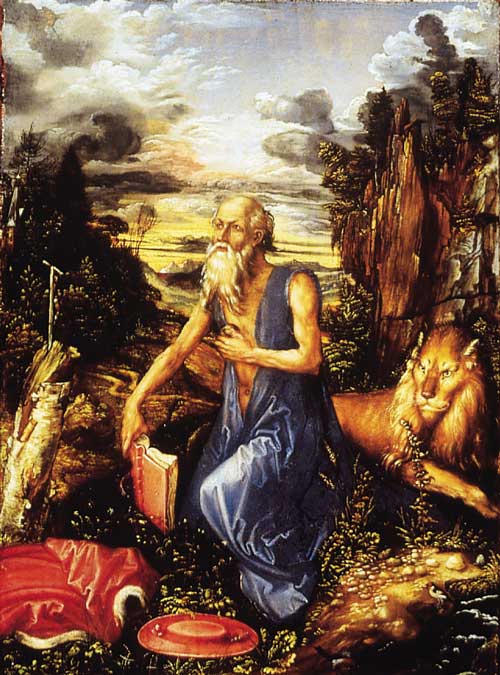 In the early 1500s, Albrecht Dürer was Europe's 'most famous living artist'. The rapturous reception that his work received, and the subsequent impact of his work are central themes of the present exhibition. The superbly illustrated and scholarly catalogue supports this view with the use of a fine selection of primary documents. The leading intellectual, Erasmus, was one of Dürer's greatest admirers; he sat for Dürer and wrote, '[Dürer] depicts what cannot be depicted: fire; rays of light; thunderstorms … characters and emotions'.

The present exhibition is the British Museum's first exhibition of Dürer for over 30 years. The Kupferstichkabinett in Berlin and the Albertina in Vienna have lent generously to the exhibition, including several important drawings that have never before been shown in this country. The central part of the exhibition examines Dürer's major achievements as a draughtsman and printmaker.

The first part of the exhibition examines Dürer's innovative approach to self-portraiture. 'Dürer and his Image' displays the artist's own self-portraits - he produced at least 12 drawn and painted self-portraits. The very first item in the exhibition, drawn at the age of 13, shows Dürer's precocious talent. Subsequent works on show display the extraordinary degree of innovation and versatility Dürer achieved as an artist. Although he did not make any prints of himself, he incorporated his own image in the guise of Christ in certain prints. The exhibition also shows images of Dürer by other artists. The following sections of the exhibition follow the chronology of the artist's life.

Dürer trained first in Nuremberg as a goldsmith and then as a painter. From 1489-94, he travelled in Europe. His trip to Italy in 1494-95 produced a series of watercolour landscapes; four of which are in the show. They are the earliest known group of watercolour landscapes drawn from nature to have survived in the history of western art. From these, it is possible to see the effect of his landscape observation in Italy, on later works, such as the 'wilderness' background to St Jerome. He also made studies from artists such as Andrea Mantegna (1431-1506). These studies were of great importance in the development of his subsequent work, for example, 'Adam and Eve' (1504).

Dürer was determined to elevate the status of printmaking - especially woodcuts and engravings - and to achieve a wide circulation of his work. To this end he opened a workshop in Nuremberg in 1495. No artist before him had achieved such amazing fluidity in engraved images on copper. In the freedom and precision achieved in his graphic images, he was in a league of his own. Even when he used the cruder technique of woodcuts, he pushed the traditional illustrative quality of the printed image onto a new plane. Dürer, in fact, favoured woodcuts because they were cheaper to produce and therefore could reach a wider audience. With his equally enterprising wife Agnes, woodcuts were sold on stalls in markets or at fairs. By 1497 he had an employee deal with the sale of prints outside Germany. Within a few years, he began to receive important commissions.

His fame attracted the interest of the Holy Roman Emperor Maximilian I, who appointed Dürer his artistic advisor. Dürer's 'Triumphal Arch' (1515) for Maximilian was the largest print ever produced, and technically complex. Dürer received no money from the Emperor until 1515, and therefore, continued to produce prints for the open market, at which he was very successful. Dürer's business acumen meant that he could reject complete dependence on wealthy patrons. He, therefore, had a creative freedom that many artists sacrificed for financial security. Among the finest prints of Dürer's career were produced in this period: 'Knight, Death and the Devil' (1513), 'St Jerome in his Study '(1514) and 'Melancholia' (1514). 'Melancholia' is thought to be an allegory of the way the artist perceived himself and his status in the world.

The death of Emperor Maximilian I in 1519 put an end to the annual stipend. Dürer was forced to seek business in the Netherlands. A detailed account of his journey there was made in a diary; it is the most detailed account of any period in his life. Towards the end of his life he devoted much of his energy to writing and publishing his theories on art - on proportion and fortification.

Dürer was an enterprising artist and his legacy was considerable. One of his most important projects in terms of fame and fortune was the set of fifteen woodcuts, accompanied in separate editions by German and Latin texts, which he published in 1498. 'The Apocalypse' was the first book to be illustrated by a major artist. It was also a bestseller. Dürer sold the images as separate prints as well; three are in the exhibition. Dürer's career was unprecedented in that he took charge of his own financial career path. Instead of relying on wealthy patrons he developed a shrewd business approach, and yet his artistic achievement was never compromised. Woodcuts were used for images that would have a wide appeal such as pictures of wild beasts from the New World, such as 'The Rhinoceros'. As we have seen in the Aztec exhibition currently showing at the Royal Academy, London, (see Aztecs review) there was a huge interest in the discovery of exotic and wild creatures in the Americas, following the Spanish Conquest and colonialisation. Dürer's fabulous prints of such creatures, therefore, had a ready market. Copper engravings were used for wealthy patrons. As modern artists might occasionally have to fight copyright battles or establish trademarks for their images in the market place, Dürer fought legal battles, which he won, against engravers who copied the manner in which his printed signature was made of a 'D' inside and 'A'. When he died in April 1528, he was one of the wealthiest men in Nuremberg.

The exhibition at the British Museum examines the impact of Dürer on other artists and on the decorative arts, using examples of ceramics, enamels and small sculptures from the Museum's extensive collection, as well as from two private collections. There was a 'Dürer Renaissance' in the late 16th and early 17th century. During this period, many high-quality copies were made, mainly in response to the shortage of Dürer originals available for sale.

In the 18th century, writers such as Johann Wolfgang von Goethe simulated a reappraisal of Dürer's work. In Vienna in 1809, the Brotherhood of St Luke (known as the Nazarenes) was formed. Its members aspired to the work of Albrecht Dürer. In the 19th century, Romantic artists such as Caspar David Friedrich made works inspired by Dürer who by this stage, with the rise of German nationalism, had achieved an almost iconic status. He has since been regarded as one of Europe's most important artists. 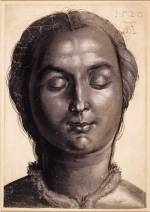 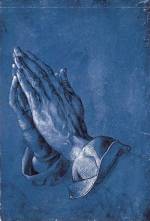 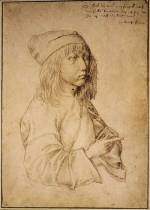 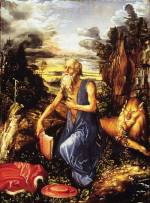 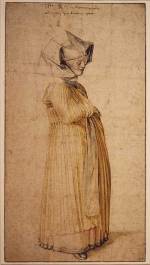 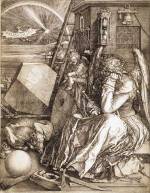 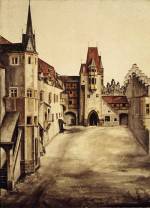