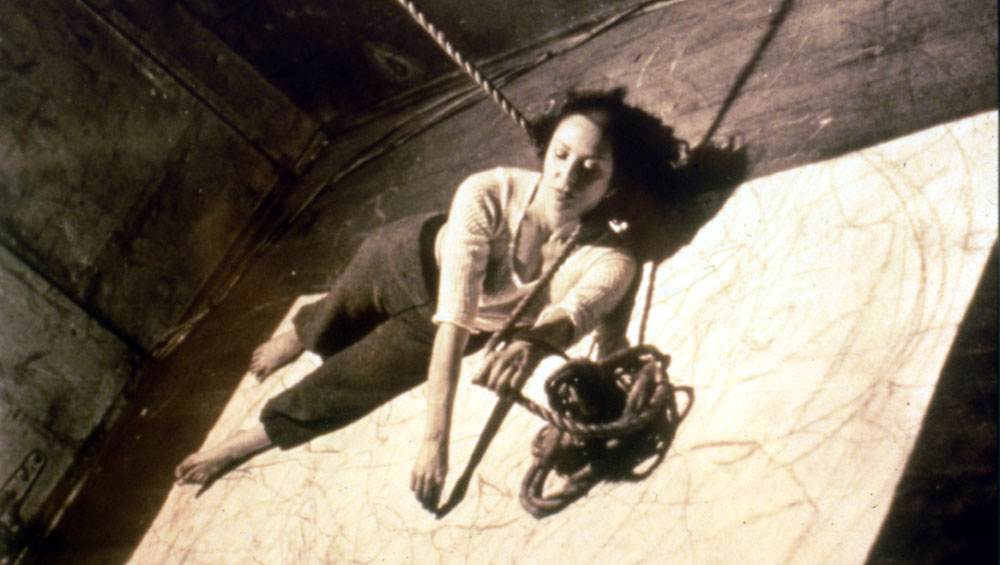 The retrospective devoted to Carolee Schneemann (b1939), now at MoMA PSI, is the most comprehensive showing in the US to date of the artist’s output, with more than 300 works on view, covering all aspects of her six-decade career. The earliest object in the exhibition is a self-portrait, painted in 1954-55, while Schneemann was still at art school. After being expelled from Bard College, for, as the artist claims, painting a portrait of herself nude, she transferred to Columbia University in 1955. In New York, she absorbed the influences of abstract expressionism and many of her early works feel like searching homages to the canvases of Lee Krasner and Joan Mitchell. But the grounding of her education in painting is key to the artist’s oeuvre. Although her process has expanded to include film, installations, performances, sculpture and video, for Schneemann, all her work is an extension of painting. 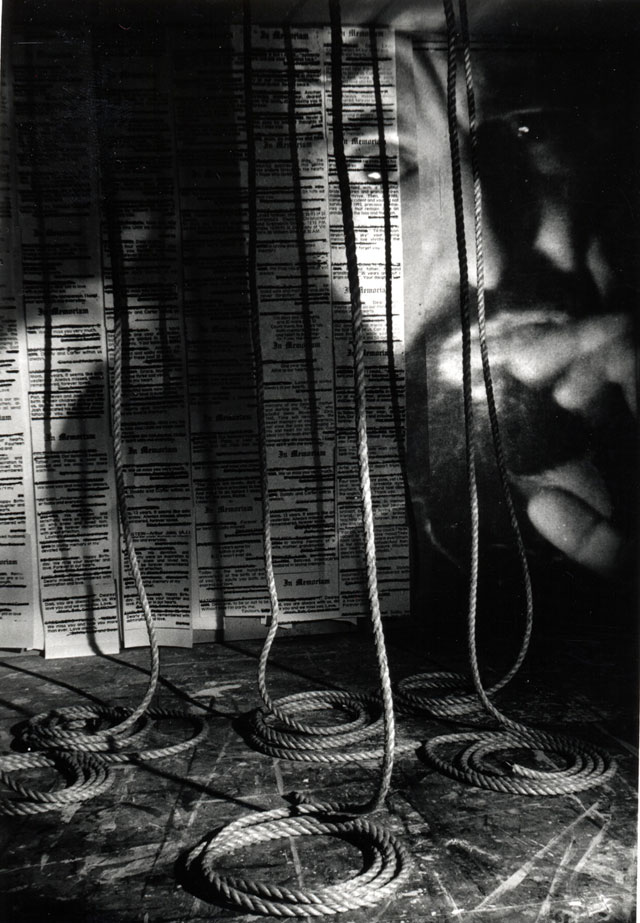 Her early works borrow heavily from the then dominant force of abstract expressionism but, in Three Figures After Pontormo (1957), one can sense an urgent inquisitiveness. In copying the figural drawings of an old master, Schneemann takes up the classic challenge of how to represent the human form in a two-dimensional space and then takes the question of representation a step further, to physicality. If the thickly painted strokes make the artist’s gesture a tactile presence, the scored lines and cuts scraped and punctured into the canvas foreground her desire to break through to the other side of the canvas. 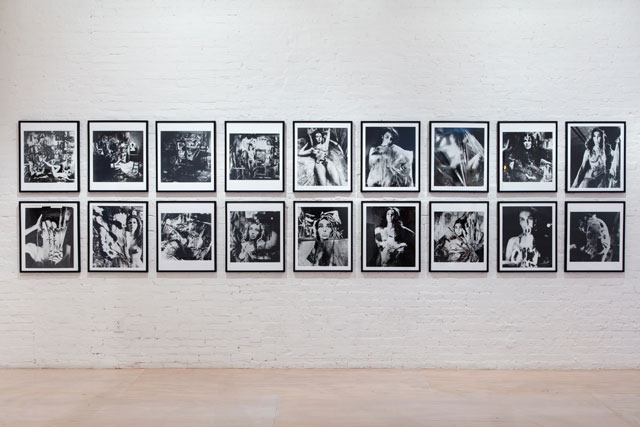 Living in New York in the 60s, Schneemann was an active member of the city’s downtown avant-garde community, participating in events with Claes Oldenburg and Robert Rauschenberg. The impact of these interactions on her art is readily apparent in her “painting constructions” such as Sphinx (1962), a chaotic diorama, which preserves the rectangular space of the frame and its presentation hanging on a wall but expands into space, providing a capsule in which to assemble objects from everyday life, linked and layered together with string and smears of paint. It was also at this time that Schneemann first started to use her own body in her work. 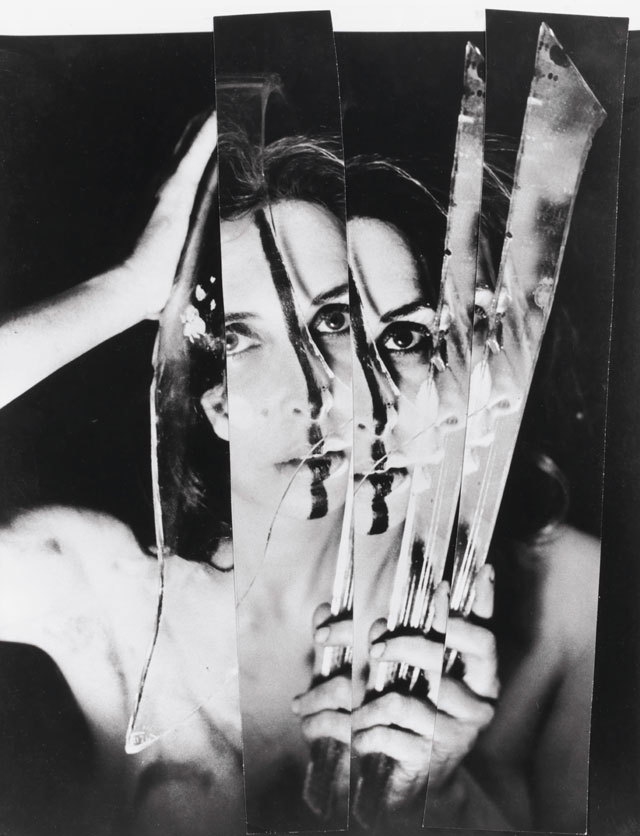 For Eye Body: 36 Transformative Actions for Camera (1963), the series of black-and-white photographs shot by Icelandic artist Erró, Schneemann posed in her studio, covered in paint, grease, chalk and ropes. In one photograph, she lies naked on the floor with her arms thrown back and her legs crossed and pointing toward the centre of her monumental assemblage Four Fur Cutting Boards (1963); in another, her naked form is blurred by the interference of a cloudy plastic sheet; and in a third, her face, bisected by a black line drawn from the top of her forehead towards the bottom of her chin, is reflected, duplicated and obscured in a collaged portrait. Each tableau portrays an encounter between Schneemann as an image, as a part of the composition, and her own self-presentation as an image-maker. 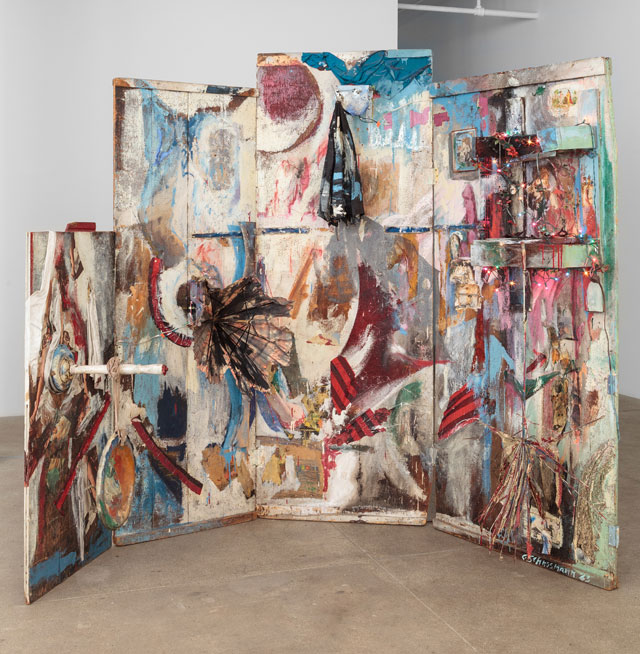 Although the connection between Schneemann’s performances and paint may feel tenuous, her relationship with the Judson Dance Theater, alongside concurrent developments in contemporary dance, makes the link between these two practices more apparent. As dance moved away from the classical forms of ballet and its codified notation system for choreography, dance, like abstract painting, came to emphasise the individual gesture and improvisation. In such iconic works as Meat Joy (1964), performed in New York by members of the Judson Dance Theater, embracing dance allowed Schneemann to create a fluid union of the body and mark-making as gesture extended into physical space. 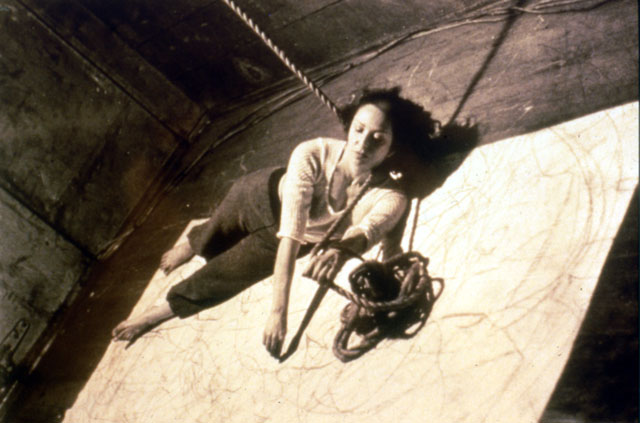 This interest in extending gesture recurs in later works, perhaps most literally in Up to and Including Her Limits (1973-76). Here, Schneemann was the solitary performer: suspended from a tree-surgeon’s harness, with her arm extended, clasping a crayon, she swung across the room, dragging the crayon across sheets of paper hung on the walls and laid on the floor. She performed this work nine times over the course of three years, and, at PS1, an empty harness hangs between a set of marked sheets, while three different performances are played on television sets nearby. 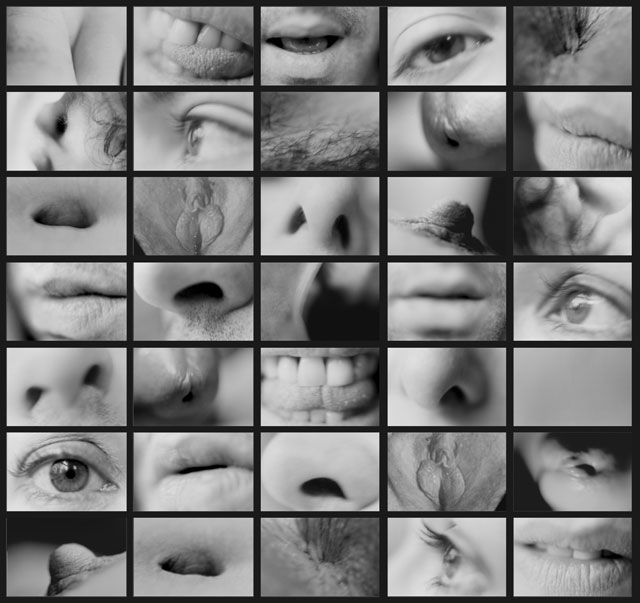 The exhibition succeeds in showing the breadth of Scheenman’s output, juxtaposing such celebrated feminist performances works as Interior Scroll (1975/77) with her lesser-known Sexual Parameters Chart series from 1969 to 1975. Adopting the gird format beloved by conceptual artists, in this series Schneemann recorded her own and several female volunteers sexual encounters in sterile notations that outline the events in measurements and terse yes and no answers. 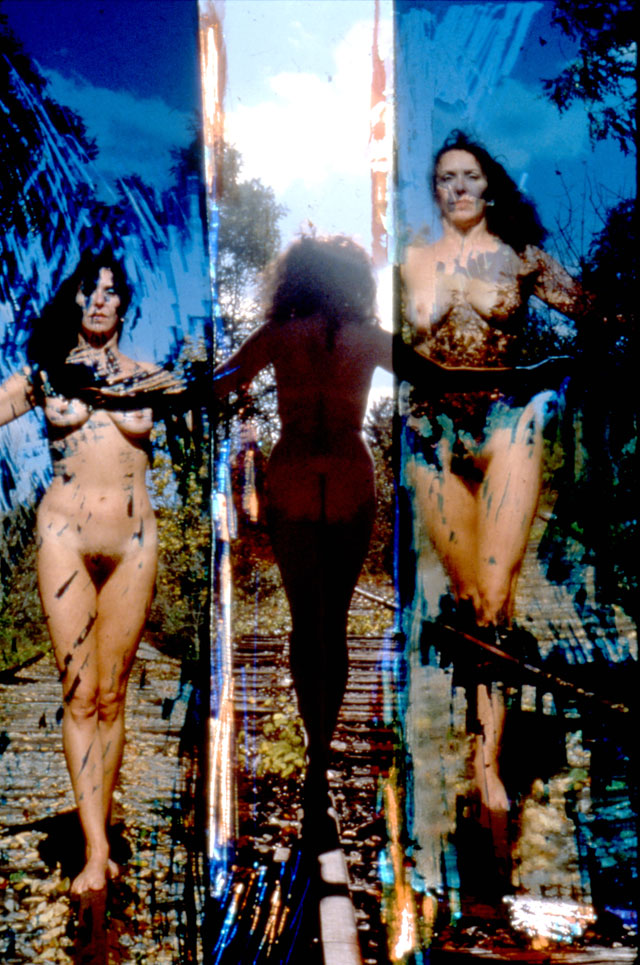 Schneemann’s understanding that looking is an act of consumption is central to her engagement with body politics. In many of her works from the 80s onwards, this same concept is brought to bear on a larger realm of sociopolitical commentary, as she address issues of war and violence against bodies other than her own. This is most explicit in her video installation Devour (2003-4), in which footage of war is looped with images of intimacy. In these works, there is a pull between our own shame and guilt at wanting to witness these images against our own reluctance to engage directly with the war we consume as images. 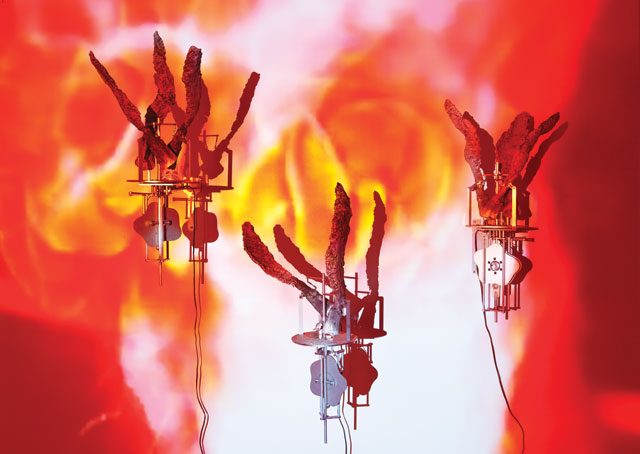 For all their political urgency, many of these later works lack the rigour that drove Schneemann’s masterpieces of the 60s and 70s. As the exhibition reaches its conclusion with Flange 6rpm (2011-13), an installation of seven wall-mounted motorised sculptures that rotate in front of projections of fire, the tension dissipates, providing an unsatisfactory ending to an otherwise rich and expansive show. 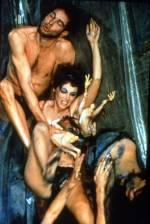