Drawing on its extensive collection, this small but exquisite show floated by the Whitney Museum of American Art presents Alexander Calder’s balancing act as a modernist revolution whose visual vocabulary gave art another dimension 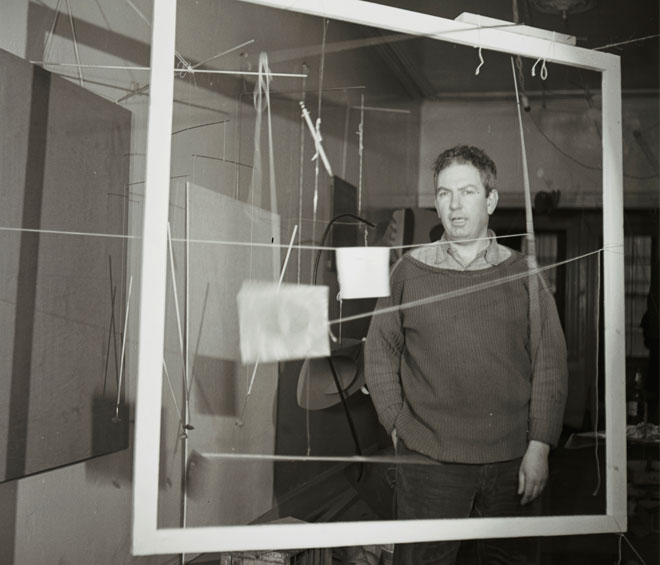 The tightly defined world of art I was first introduced to already held Alexander Calder a star, a pioneer moving through a constellation of his own making as the first to give a third dimension to abstraction, the first to apply kinetic principles to art, the first to float sculpture. Over the years, Calder settled in like a good book, the work so familiar that I saw it without looking. Borrowed for gravitas by town squares or conscripted as a logo by corporations shaping their image through art, a “major” Calder came to constitute the ultimate branding. Lost in the aggrandising was the lilt. Familiarity bred content but only passing attention. Given that Calder’s work is still everywhere, simultaneously – the quivering sculptures fighting off books on the tables of the intelligentsia, the monumental stabiles anchoring public spaces, the elaborate mobiles floated from the ceilings of private collections and museums – another assessment of his work might seem a redundancy. We know Calder: after all, he’s ours, like the air that he mastered.

But do we? In conjunction with the Calder Foundation, the Whitney Museum of American Art, proud owner of its very own constellation of Calders, has brought the storied artist home. Home to his constituency: home to us. Floated on the eighth floor, in a cloud of white light, the small selection of big hits invites visitors in as to a performance; blow hard, wave your hands or prevail on the guard holding a gong, to tremble, cling or move them around. Freed from the clutter of collectabilia and dusted off for their close-up, even the small sculptures captivate, perched like butterflies alighting mid-flight or tiny aliens sizing us up.

To the casual viewer, uninstructed in physics and raised with objects dangled from strings to divert babies in cribs, a Calder mobile looks at once facile and impossible: falling short of cliche by the artist’s mastery of mystery, it begs the question we ask of the universe; what makes sticks twirl one way, metal fins another, while the centre holds uncannily still? Best to read Calder’s biography for the quick answer. Learn that he was born into a long line of sculptors; that, at the age of eight, he was wielding pliers to make jewellery for his sister’s dolls, and that before enrolling in art school he trained in engineering and applied kinetics. Discover how a move to Paris would prove galvanising and revelatory, freeing him from the constraints of the day’s art world “-isms” to make wire “drawings” of people and circus acts. How Calder’s friendship with Joan Miró brought him to surrealism; why a famous visit to Piet Mondrian’s studio led him to set abstraction in motion, and that it was Marcel Duchamp who coined the punning name “mobile”.

All well and good for the explanation of balance acquired through physics, of form from a family of sculptors and of mobility from his liberation in Paris. It is the je ne sais quoi that this show addresses. What is it about two black shapes flirting with a blue one at a wire-arm’s length that frees the mind to fly like a bird? Why does an oscillating element set against an obdurate one set off an emotional response? And why does the spirit not deflate when confronted with a Calder inexorably fixed to a wall, or clamped to the ground? These are the questions posed and answered by Hypermobility. Far short of a retrospective – search in vain for the Whitney’s trophy Circus – the effect is yet more, in that the joy produced singly and together by the tight selection floated here in a still tighter space imparts, as an overabundance of good things cannot, how individual elements, drawn from science, compositions of motion and a fine sense of humour can be propelled into fairy dust.

The David to a retrospective’s Goliath, this clutch of the full Calder galaxy, freed from coffee tables and institutional lawns, regains its purity of intent, abstracted once again into the primary tools of form, shape, line and movement. There are charmers: Half circle, Quarter circle and Sphere (1932) and Red, White, Black and Brass (1934) draw smiles and selfies. There are discoveries: how the Merce Cunningham/John Cage investigations into chance with their sound experiments led to his own. There are rarities: several never before displayed motorised sculptures from 1931 strung with tubing and plywood (newly restored but super-fragile and rickety, they are turned on at specified hours three times a day, six on weekends.) Not all the works move. Instructively, the show’s title challenges you to uncover why they are included. To do so, you have to rethink motion itself. Walk slowly around Myrtle Burl (1941) or Aspen (1948) or Square (c1934) and your shifting perspective makes them seem to vacillate through the changing relationship of their elements and the shadows they cast, in effect co-opting you as the air that propels them. Here is where physics meets psyche; magic, it turns out is not a cosmic trick – it is one of perception.

On this level, Calder had some failures; the wood carvings (Double Cat, 1930) and experiments with glass shards (Fish, 1944) call up the tchotchkes of street fairs, and clunky floor bronzes like Whip Snake (Snake on the Post) (1944), being neither hyper nor mobile, seem lesser. On another level, it must be said that this installation fails Calder. Both Renzo Piano’s industrial ceiling and the bustling eighth-floor cafeteria – which deliberately opens on to the exhibition and even extends it by virtue of the monumental Big Red (1959) suspended over the diners – detract from total immersion in Calder’s singular universe.

The show succeeds differently, in that the takeaway is revelation. The impression you leave with is not the “wow” of the 66ft-tall Man commissioned for Montreal’s 1967 Expo, nor the “gee whiz” of the massive Red Lily Pads that were first suspended in 1956 from the ceiling of the Guggenheim. It is more of an “aha!” Connecting the dots of the 36 pieces shown here, you realise that a Calder is in its essence its own language, a vocabulary of fresh ideas. You will never see his work the same way again. Now, if you visit the massive red stabile anchoring the Sony building on Madison Avenue, or climb the stairs under Calder’s twirling Lobster Trap and Fish Tail on your visit to MoMA’s stirring Frank Lloyd Wright installation, you will experience them as a new art form; a distilled system of communication, shaped by the interrelationships of movement, shadow, shape line and colour into visual poetry.

NB. The show, like the mobiles, will keep moving: a few of the more fragile works from the Calder Foundation will appear for a day, and there will be a revolving selection of new works by artists, including Christian Marclay (19-23 June) and Rosa Barba (7 October), that reference Calder. The audio guide chimes in, too, with a musical score commissioned from the jazz musician Jim O’Rourke.

• For a complete schedule of activations and performances, visit whitney.org. 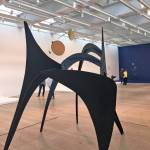 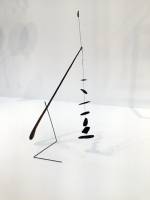 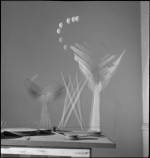 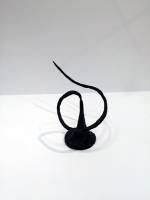 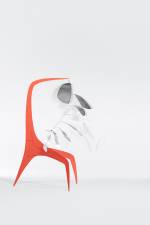 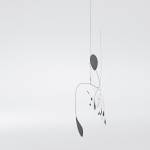 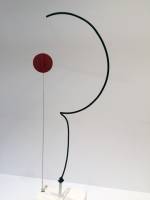 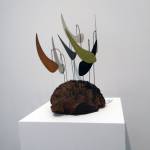 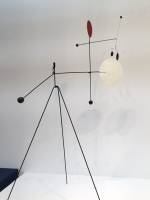 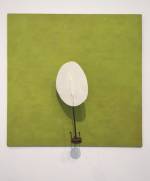 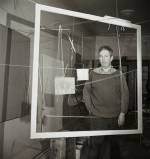