On 11 May 2005, a celebration to mark the installation of 'Tulips', a painted aluminium sculpture by English sculptor, painter and novelist Edwina Sandys, took place at Brooklyn Bridge Park in New York. The sculpture is composed of three, carefully arranged aluminium cut-outs. The work is brightly painted in red and white and stands more than 12 feet high. 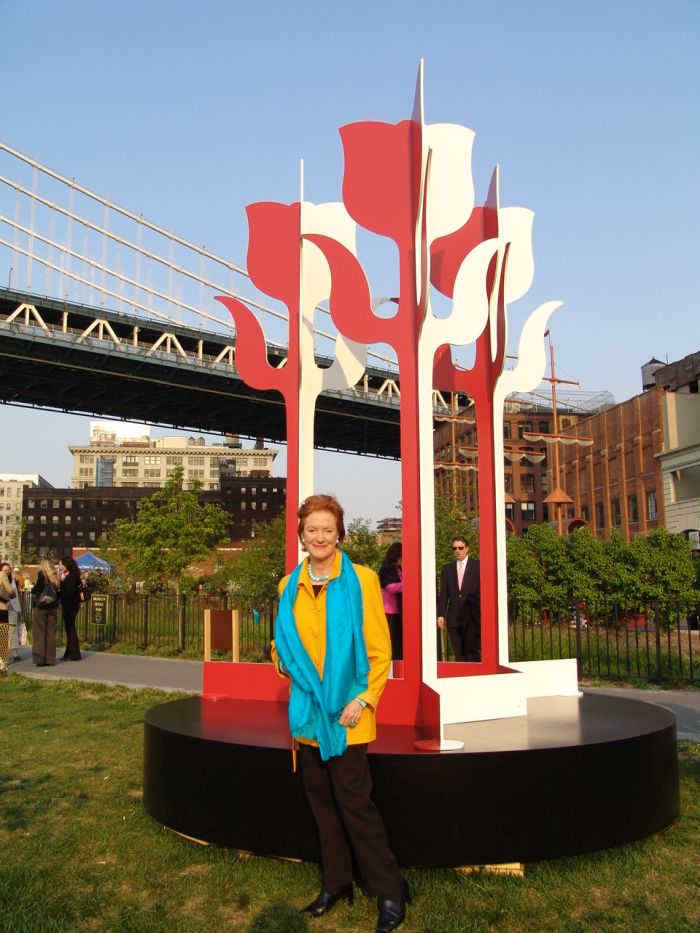 Edwina Sandys announced that during summer 2005, there will be an international photography competition, open to all, and a competition for children from Brooklyn. Winners will be chosen for having captured the most compelling photograph of the 'Tulips' and its surroundings. New Yorkers had the opportunity to view works by Sandys when she participated in the 'Cow Parade' extravaganza in 2000, including 'Herd on the Avenue,' 'Cow Hands,' 'Cow-Web,' and 'Moobile Library'. Another work, 'Child', is permanently installed at the United Nations International School in Manhattan. She received the 1997 United Nations Society of Writers and Artists Award for Excellence. Examples of her work are in the permanent collections of the Brooklyn Museum in New York and the Tate Gallery in London.

As the sun went down, speakers addressed the audience on the subject of the sculpture and its significance to the park and the city. Comments were made by Sandys herself, Claude Shostal, Co-Executive Director of Brooklyn Bridge Park Conservancy, Francis Hill, director of Urban Stages and Borough Commissioner Hon. Julius Spiegel from the New York City Department of Parks and Recreation. Brooklyn Bridge Conservancy Co-Executive Director, Marianna Koval, stated, 'We are thrilled to have the stunning 'Tulips' in Brooklyn Bridge Park, welcoming visitors to the waterfront.' She added, 'Ms Sandys is one of the most remarkable artists of our generation and we are so grateful to her for bringing her work to the park.'

By subway, the park can be reached via the F train to York Street in Brooklyn. Walk one block to Front Street and on to Main Street and make a right turn to Brooklyn Bridge Park. 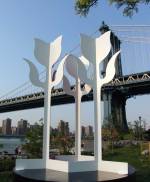