Black performance needs no introduction. However, this is usually true with theatre, music and dance. Perhaps because of its political edge, black performance in contemporary visual art is not as conspicuous as other types of performance.

This situation is changing thanks to Radical Presence: Black Performance in Contemporary Art, an ambitious exhibition now on view at New York University’s Grey Art Gallery. Organised by Valerie Cassel Oliver, senior curator at the Contemporary Arts Museum in Houston, the show traces the development of black performance in, and as, visual art, starting from the early 1960s activity of Fluxus member Benjamin Patterson to the present day. Originating in Houston, New York, the exhibition runs in two parts. Grey Art Gallery is displaying Part I, the foundational events and activities of what we can now call “black visual performance”, while Part II at the Studio Museum in Harlem will feature more live performances by artists who are coming of age today. The exhibition is accompanied by a comprehensive catalogue, with essays by Cassel Oliver, Tavia Nyong’o and Clifford Owens, among others. Shortly after the opening at Grey Art Gallery, Cassel Oliver talked to Studio International about the conception and intent of the exhibition.

Natasha Kurchanova: Valerie, I have just seen your exhibition at Grey Art Gallery and wanted to ask a few questions. How did this exhibition come into existence? What was the idea, whose was it, and what did it take to put into action?

Valerie Cassel Oliver: I started thinking about the lineage of black artists working in performance way back, when I started working on the retrospective of Benjamin Patterson. At that point, I was thinking not only about Patterson, but younger artists. I had already mounted a solo exhibition of Xaviera Simmons’s work and was working on a solo exhibition of work by Clifford Owens. I noticed a trend among younger black artists working in the visual arts – they were incorporating performances into their work. This triggered my thinking about histories and influences, and how these artists were visible and invisible to a lot of the younger artists who were looking back historically and recapturing a certain kind of energy that was happening at that time, incorporating it into their work. So I started talking in earnest with Clifford Owens – whom I know from way back in his undergraduate days at the School of the Art Institute of Chicago – about the younger generation of artists working in performance. We were considering writing a book together and when that project stalled, Clifford took the information and created the project, Anthology. So we were both were pulling from the same information we had gathered. He took an artistic approach to it, and it is interesting to think about how the same information could be used in different ways. For me, working as a curator, it became about chronicling this information as a history and presenting it as an exhibition.

NK: This answers my other question about the criteria for selecting the artists. You made it rather clear that you were guided by the quest to investigate or construct the historical lineage built around the question of influence – how the older generation of artists influenced the younger generation.

VCO: That is certainly part of it. It is not actually about influence, but rather bringing to the public consciousness the way black visual artists have been working. The exhibition tries to be comprehensive, featuring multiple generations and artists from the United States and the Caribbean, but I can name at least four artists who were not in the exhibition and who could legitimately have been part of it. This does not, however, diminish those who are featured. The project, as you can imagine, becomes determined by the finite world we live in: there is a finite amount of pages that you can produce in a catalogue; there is a finite amount of space in which you can present work within a gallery. So those featured are those whom I felt encapsulated the ideas in my head. There are, of course, others who are not represented in this exhibition, but who work in this capacity and are part of the larger conversation.

NK: Yes, your work is very important because black performance is a specific genre and not much is done about it right now. What are the venues for this exhibition? I know that it has already been shown at the Contemporary Arts Museum in Houston.

VCO: Yes, the exhibition originated in Houston. In New York, it is divided into two sections. Grey Art Gallery’s part is on view now. The Studio Museum in Harlem’s part opens on 14 November. And in July 2014, the exhibition will travel to the Walker Art Centre in Minneapolis.

NK: What about the idea of splitting this exhibition here in New York? What I saw at Grey Art Gallery was based on the display of archival material: photographs, videos, props for installation of Pope.L’s performance ... All of this archival material indicates an absence of the actual performer. How does this relate to the idea of “presence”?

VCO: What’s on view now at Grey Art Gallery is a real mix. There are archival photographs, such as Maren Hassinger’s work, which is a documentation of all that took place in the 1970s. Then you have Lorraine O’Grady’s work, which documents her various performances as Mademoiselle Bourgeoise Noire – you see the relics of those performances: the gloves and the crown. So, there is that archival element you mentioned. Your question of presence versus absence was clearly part of my consciousness. You have Pope.L’s installation, along with documentation of his performance at the SculptureCentre. Although Pope.L’s body is absent, there is a sense of the residual action taking place. Then there is Trenton Doyle Hancock’s piece, within which he actually performs and which is also an installation. So, the residual energy of what has been, manifests itself in the waiting and anticipation, tension between what is there and what is not. Part of the exhibition is the idea of live performances taking place within the space itself. This energises the space in a way. It continues the level of energy, of anticipation, of action and happening. To that end, the Satch Hoyt piece is a site of continued action, meaning that the audience is invited to activate the piece. My hope – and what happened in Houston – is that there will be a constant sensation that energy and action were happening, a tension between what was and what is to come. In Houston the space was constantly energised.

NK: I understand. At the same time, this exhibition is a clear postmodern phenomenon of exhibiting performance. In a way, performance can only be shown retroactively through photographs, videos and other archival materials, because it belongs to the discourse of archiving the body.

VCO: I wanted to rub against that and have action take place within the space. It was a bit of an experiment. I wanted to create tension, so that you were not walking through a space filled with relics of what had happened. I wanted to undermine this way of experiencing the space.

NK: I know there were two performances at the time of the opening. But there is the second part coming up at the Studio Museum in Harlem. Is the exhibition there going to be different?

VCO: There are different artists in that iteration. There will be some overlap, but not very much.

NK: Will there be more performance?

VCO: Yes, absolutely. In fact, Terry Adkins will activate his piece. He provided a bit of an invocation about this for us in Houston. He will do the same at the Studio Museum. Theaster Gates’s Holding Court will be at the Studio Museum. Senga Nengudi will come back. There will be a restaging of “RSVP”, or another work from that series, which will be presented at the Studio Museum. Derrick Adams, Adkins and Tameka Norris will activate their pieces. It is the same sensibility of space that remains active while on view. There is much more to come. There are some young artists at Grey Art Gallery, but the Studio Museum will present most of the younger artists featured in the exhibition, such as Dread Scott. The work will be equally exciting.

NK: Thank you, Valerie, for this helpful insight into your curatorial vision and for the preview of the things to come. 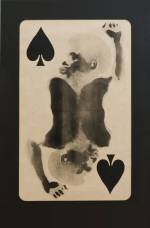 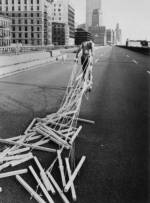 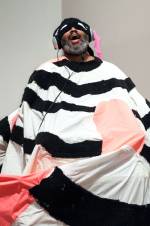 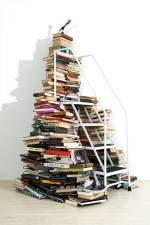 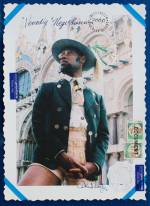 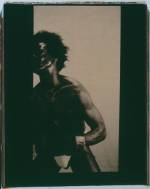