The shadowy and sensuous world of Caravaggio was too tempting for contemporaries to ignore. But as this exhibition demonstrates, his were large boots to fill 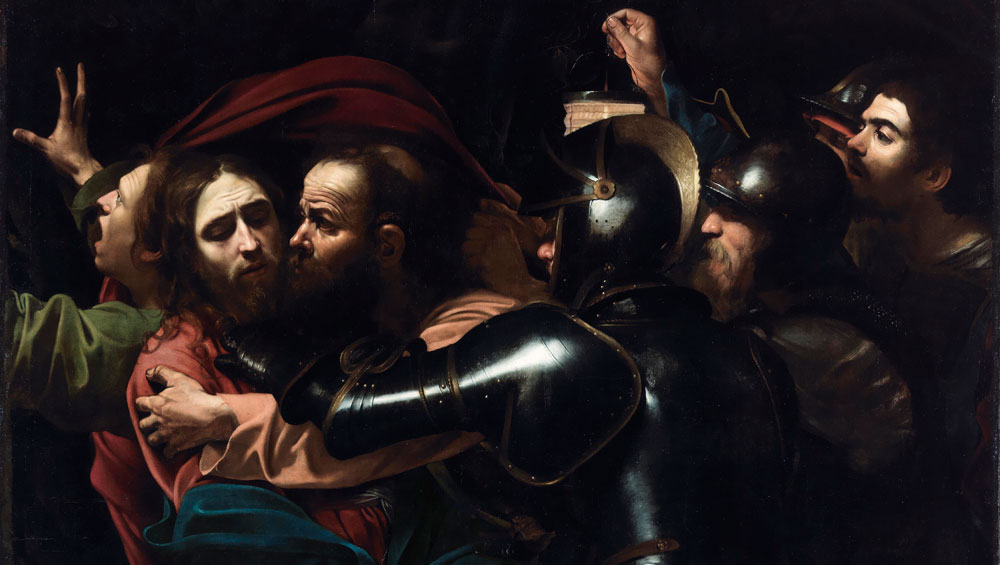 Judas looms out of the darkness to betray Jesus with a kiss. Jesus, anguished by the inexorable march of his fate, leans away futilely, his brow tightly knit, his eyes downcast as an armour-clad arm reaches for his neck. The action extends beyond the frame with cinematic realism as the figures jostle towards the protagonist in a scene that is chillingly timeless. Peering over the helmeted heads of the militia, lit by a lantern that casts a brilliant glow on his young face, is Caravaggio. Is he just an observer or is he a conspirator? We can’t be sure. This is his The Taking of Christ (1602) and it is, understandably, the headline piece of this exhibition.

Michelangelo Merisi da Caravaggio (1571- 1610) is associated with the murky and perilous world of 16th-century Italy more than any other artist. He lived by the sword and died a miserable death while returning to Rome after four years on the run for killing a man in a duel that could have been plucked from the pages of Romeo and Juliet. It was a crime punishable by death, a crime that stamped a price on Caravaggio’s head, and his head was all the authorities were concerned with receiving, should he be caught.

In life, Caravaggio could be dangerous and volatile, like many of his contemporaries. But in his art, he displayed patience, compassion and devotion. He painted the people he knew, the prostitutes, hawkers and swindlers who walked the dark streets, and cast them in biblical narratives without judgment or pretension. A popular whore gives her face to St Catherine, Jesus has dirt under his fingernails, Saint John the Baptist is transformed into a half-naked and very modern curly-haired adolescent. It was unsurprising, then, that these things shocked the pious. Nonetheless, his work was hotly desired, perhaps because Caravaggio had an unrivalled gift for pathos. He, unlike any other, could represent the doubt, fear and suffering at the heart of the Christian story. But he was also in possession of an extraordinarily prodigious talent.

Although Caravaggio often berated and even threatened artists who tried to copy his style (that famous chiaroscuro, or strongly contrasting light and dark tones), close friends adopted certain Caravaggesque traits into their paintings. Orazio Gentileschi was one such confidant and his works are included in this exhibition. In his David and Goliath (c1605-08), the young hero looks his foe in the eye, frowning more at the weight of his task than out of blind anger. His sword is raised to finish the job by decapitation, but he has paused long enough for the doomed giant to raise a hand in a futile gesture of defence. Half-curled into a foetal position, his head bruised from the rocks that have disabled him, he is now vulnerable, weakened and pitiable. Gentileschi has complicated the glory of defeat with a psychological insight approaching that of Caravaggio’s.

Gentileschi’s daughter, Artemisia, is represented in this exhibition by her emotional depiction of Susannah and the Elders (1622). While bathing, Susannah is watched by two old men who want to sleep with her. They threaten that if she refuses, they will tell everyone that she did anyway. There is a trial to establish the truth, and Susannah emerges with her virtue intact. Such subjects, with women at their centre, were understandably appealing to Artemisia, who had testified to her own innocence in an unprecedented rape trial. She, too, emerged victorious.

Gentileschi was young when Caravaggio was in Rome, but she may have remembered meeting him. She was certainly inspired by his techniques. Leering out of the shadows, the two balding men of Gentileschi’s painting peer over a wall at the fearful Susannah. This subject was usually an excuse for patrons to hang sumptuous, naked women on their walls, more concerned with the titillation of voyeurism than the suffering of the protagonist. But Gentileschi’s heroine has tears in her eyes – we feel for her as we feel for the doomed giant about to loose his head.

Some artists of the 17th century managed to come close to Caravaggio’s ingenuity, but most fell short, or missed the point entirely. A strange – and, quite frankly, ridiculous – cupid painted by Rutilio Manetti in 1625 presents a grinning boy unconvincingly balanced on a pile of books and instruments. It is inspired by Caravaggio’s brazenly sensuous Amor Victorious (1602-03), but fails to replicate his earthly appeal.

This exhibition offers a fascinating insight into the immediate impact of Caravaggio’s work on those around him and further afield. In focusing attention on the 16th and 17th century, curator Letizia Treves has created an experience that immerses us in this brief, but captivating epoch. Any other approach may have diluted the effect. But it is worth noting that Caravaggio’s innovations echoed down the centuries with artists such as Théodore Géricault and Joseph Wright of Derby, not to mention 20th-century cinema and photography. Caravaggio’s life might have been short, but his influence cast a long shadow. 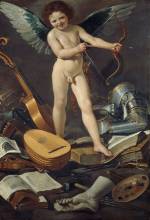 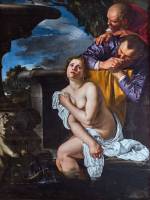 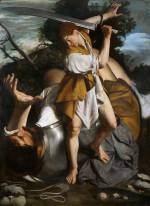 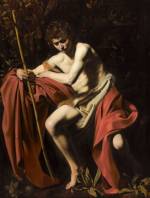